New mobile twitch games appear on a daily basis, and share the same entry characteristics – fine music and beat, Tron-like neon visuals and impossible mechanics. Doppler is no exception, and it’s doomed to be praised by the hardcore twitch fans and hated by everyone else. Considering the fact that the game costs $2, I suggest you download it only if you are good at games like Dot Dot, Dot Wave, Unpossible, Super Hexagon and the likes of them.

I can’t beat my best score of eight seconds so far, but I am determined to spend some more time with it this week. It is maddeningly difficult, visually pleasing, and physically demanding. Let’s take a look at the gameplay. 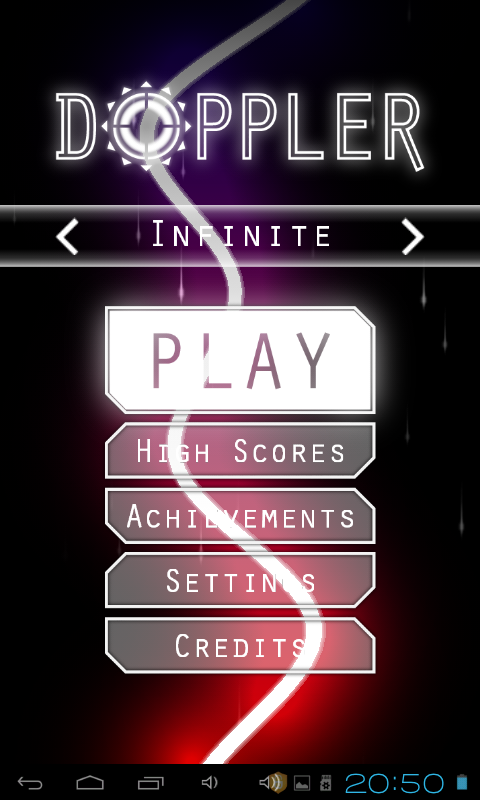 There is a neon string running through the middle of the screen. It looks electric, and its origin and direction is unknown. I don’t like the explanation that it could be a space noodle; it is more of a magnified particle of electricity of sorts.

On the both sides of the string, or wave, there are two large dots that are perfect fit for your two fingers. You have to tap and press them simultaneously to activate them. Once activated, they create an electric charge between them. Your task is too keep them close enough to keep the charge going, but not let them touch the neon string because when they do – game over. When the dots are too far apart, and the electricity between them cuts off – game over.

The difficulty is that the string, or wave, is on the move. It wiggles like a snake, and sooner rather than later you realize everything in Doppler is meant to test both your reflexes and your patience. 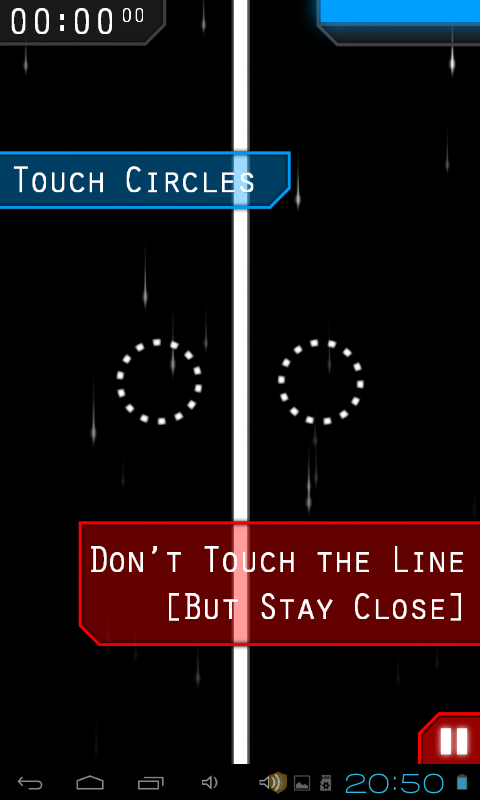 Your two fingers control the two electric dots – that’s it.

There are three difficulty levels in Doppler – Infinite, Extreme and Time Attack – one crazier than the other. Here is no lag between the failure and restart and you can dive into the action for quite a long time, but mind you that the game is best played with your device on the table, since you need both hands to control the dots. I had to ask someone to play while I tried making a screenshot of the playing dots. It is nearly impossible to play on a more or less decent level when you are commuting, or just holding the device in your hands because the pressure you apply on the screen is more than needed to provide finger maneuverability, and the friction prevents you from acting fast. 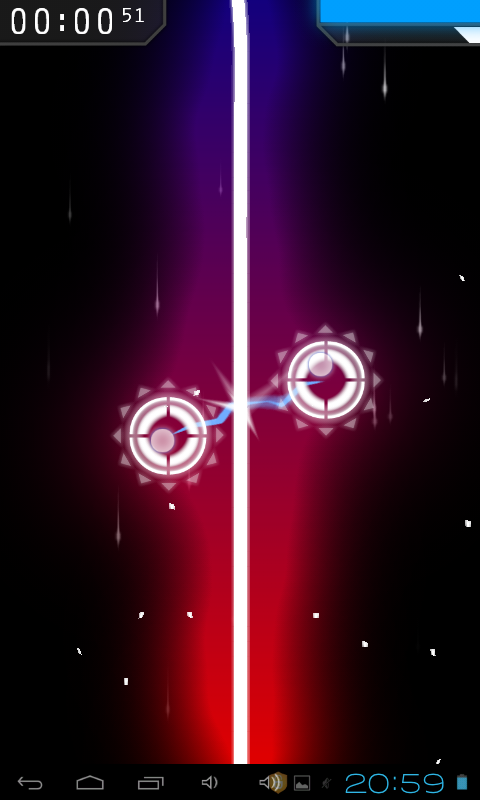 Doppler looks visually appealing, and Tron-like neon visuals are complemented by atmospheric sound score. I’d say it’s an unfailing combination twitch game developers have been resorting to lately. Is it original? No. Is it fun? Yes, if you are good at it. However, it is not overly impressive for a paid game. It plays on your addiction to ‘have just one more go’ and try to beat your best score. 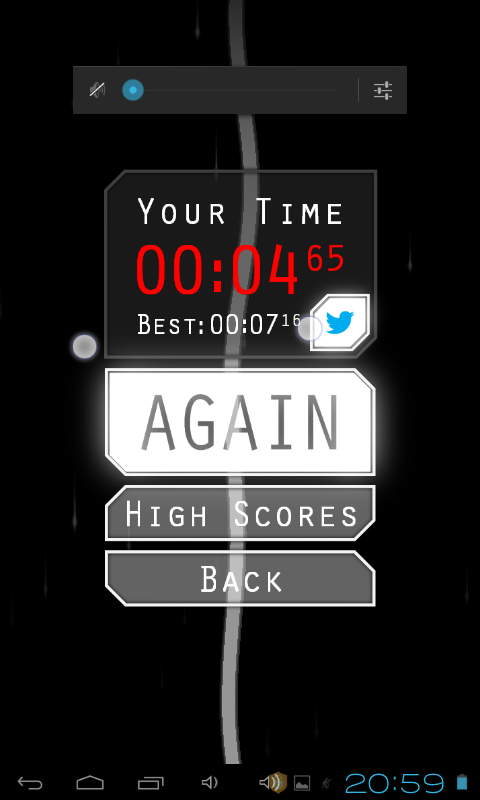 If you enjoy hardcore challenges to your reflexes, and crack twitch games like peanuts, have a go with Doppler. It is not too different from the multitude of other games in the niche, but it is a visually appealing experience, and it plays well if you know what you are doing. It is demanding in a way that you need to position your device to give both of your hands the optimal freedom. Otherwise, you may be stuck with a meek result of several seconds. It does not beat the Unpossible, but it’s a great time killer and a well crafted mobile gaming experience. The fans of the genre guarantee up to five hours of engrossing gameplay and plenty of rewarding achievements.