Here is the deal – racing games are way too many on the app stores, but the good racing games are few and far between. Unfortunately, Ubisoft’s Driver Speedboat Racing Paradise is not one of them.

The screenshots and the game’s description sounds exciting enough for many players to wait past the incredibly lengthy tutorial and try to see where the fun part begins. Indeed, besides racing in some six modes, you get to customize your boat “fully,” help a daring cop take down the speedboat mafia trafficking drugs, get rich, buy a few expensive villas in Miami and win the affection of bikini-clad bimbos. The game also features a cool electro soundtrack by the French artists Workerz feat. Etienne de Crecy and Bobmo. Good, I respect the French electro music. 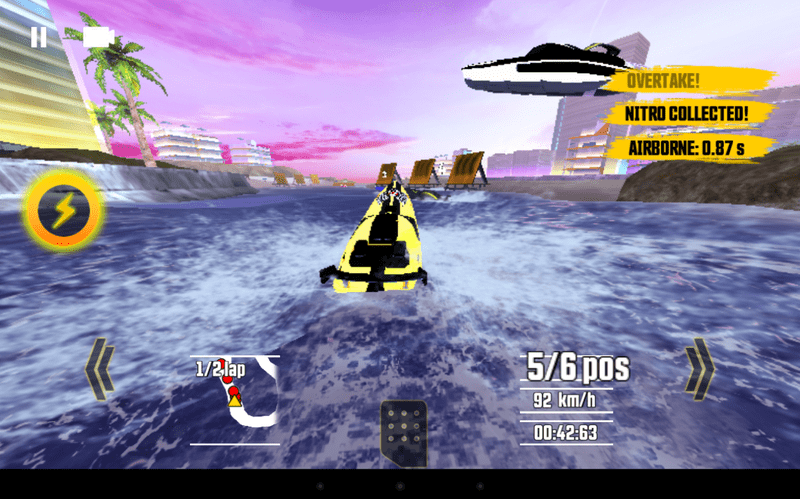 The game does feature a story – you are young, reckless and daring, and think you can compete against the speedboat racing aces and even mafia, taking down the cops. However, the game keeps preventing you from diving head over hills into the speed racing action… for some reason.

First of all, as I mentioned the tutorial is probably one of the lengthiest I have endured – by the time you are through only one third of it, you will want to do some upgrades to your boat, but no. The game won’t let you access the upgrade or customization options until you finish the tutorial. Until then, you can’t even tap anywhere to explore – it’s annoyingly patronizing.

The gameplay is basically a minute of quite a slow-paced racing, then a few minutes you need to see there is only this little you can upgrade or customize with the meager funds you have, then racing some more, then waiting for the energy system to refill. While the first several stages are quite entertaining, you will face a paywall, or plunge into the hardcore grind-fest quite soon.

You can perform the takedowns, stunts and catch nitro boosts to beat your competitors. A poorly performed stunt will end up in a cool fractured glass screen, saying you failed. Take-downs are nice, but confusing – you get slowed down for hitting a speedboat you take down, but when the boat that takes you down hits you, you are also the one to get slowed down. This totally nulls the fun of performing the takedowns. The nitros need to be perfectly timed to be of any help. 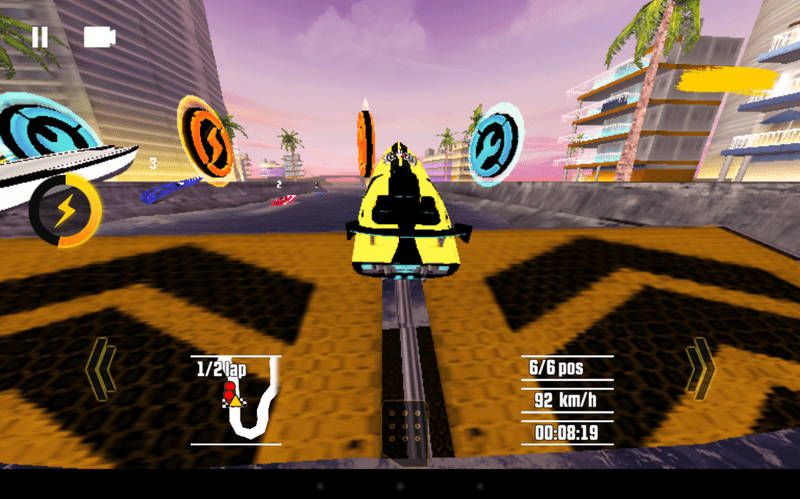 You control the boat in three possible control systems – tilt, on-screen buttons or a gamepad. I always go for the touch controls, and I found them quite responsive. It’s the game’s speed that does not seem to justify the game’s title – speedboats. As much as I tried to enjoy it, the speed of the races is just ridiculously slow. 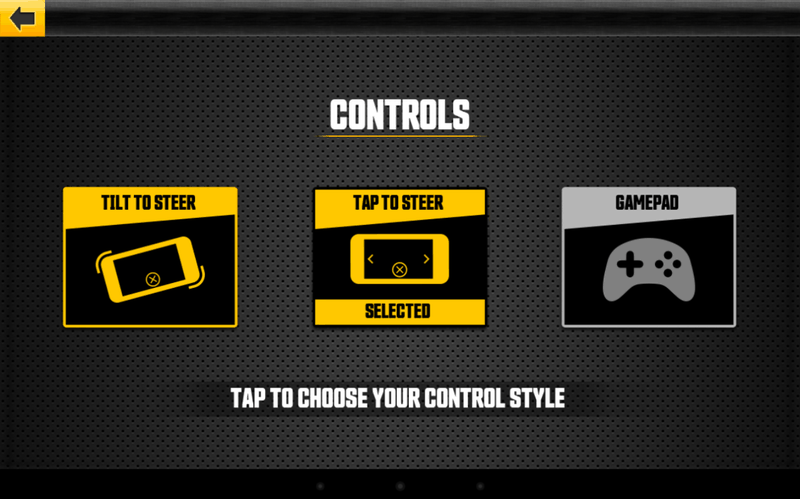 You can customize the boats, and there is ton of them in the game. Each gets unlocked when you either reach a certain level or buy it with real money. However, they all look pretty much the same, and the customization options are quite basic. Nothing to get excited about here, if that’s what you are looking for in a speedboat game. 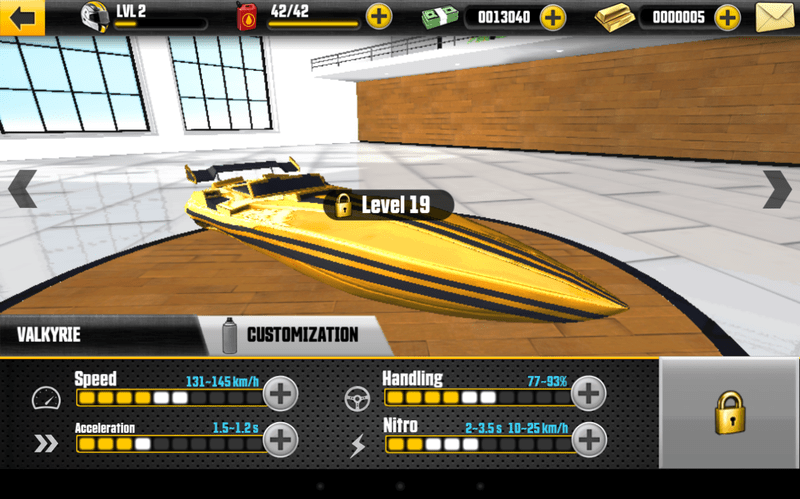 As you play, the game takes you from beach to beach where you compete against the increasingly spec-ed up opponents. The settings change, but the gameplay remains the same – it’s a race of upgrades and stats, irrespective of how good your skills at racing games are. Unless you upgrade your boat with all the parts and boosts, available via IAPs or through heavy grinding, you are bound to keep losing.

You can of course go back to the previous stages to grind for the money and buy the necessary parts to beef up your boat, but here is the catch. Even if you invest your time, or money, into the spec-ed up boat you need to beat a particular stage, you still get stuck on the next stage. Simply because the next stages pushes you against an opponent with a much higher tier boat, and again, you face the need to grind or buy.

The lifestyle part of the game is something I couldn’t wrap my head around for a while. The girls in bikinis are fans you can buy, but to get them to like you, you need to buy a handful of stupid-looking Hawaiian shirts and a couple of condos. The girls and guys trying to chat you up look cheap and get in the way as you try to get through to the next race. In other words, the entourage is quite befuddling, if not vulgar. Paraphrasing Bill Nighy’s character in Love Actually – kids, you don’t buy girls in bikinis. You get famous and rich, and get them for free. 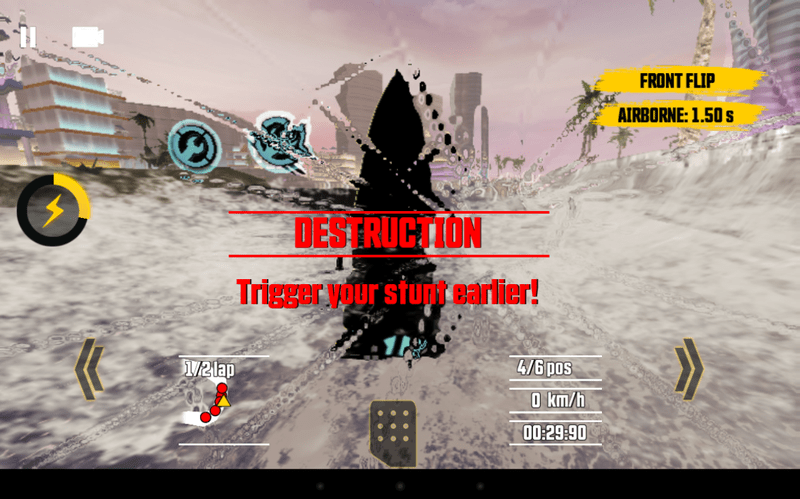 The game is fully loaded with all possible freemium elements you can think of – waiting timers, incredibly long energy reload after 4 races, a handful of in-game currencies and several types of batteries – all needed to race and to buy the upgrades. You can’t just buy one bar for your boat’s maneuverability, even if you have the in-game dollars for it. The purchase also requires a yellow battery, which you don’t have unless you grind for it. By the time you face these little things, you start boiling.

Even if you brace yourself to tolerate that, another load of freemium “perks” is sure to upset you, or force you out of the game for good. The stages are time-based, the offers are time-limited, life is no fun without coin doublers, and ultimately, you won’t get anywhere unless you cash out a hefty deal of real dollars.

You are always short of gold bars, and without paying real money, those are too hard to come by, but you need them to buy boat parts, some speedboats, houses, fuel tanks, clothes, furniture.. I don’t want clothes and furniture in a speedboat racing game – I just want to race really fast, and it’s not there. What there is, however, is a stingy energy system, which can be removed altogether for $100, or 1.500 gold bars.

The game looks better on the screenshots than it does when you play it. A noticeable lag ruins the first impressions while the lack of speed in a racing game chips away from the fun part and the atmosphere. The music is good, at least.

However, the game fails to give you the thrill, the excitement, the urge to grind the heck out of your fingers to beat that mafia gorilla. The exotic locations just don’t make the cut. The bumpy waves is probably the only element I enjoyed while the stunts you can perform look spectacular the first few times you perform them. As the novelty of that wears off, there is little to keep you coming back. 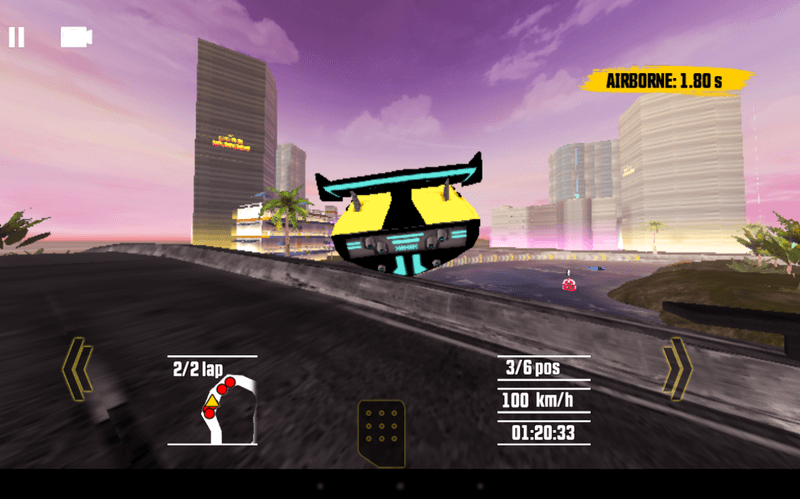 The UI layout is quite traditional, so you won’t have trouble finding things here, but the loading times between the screens are somewhat lengthy. 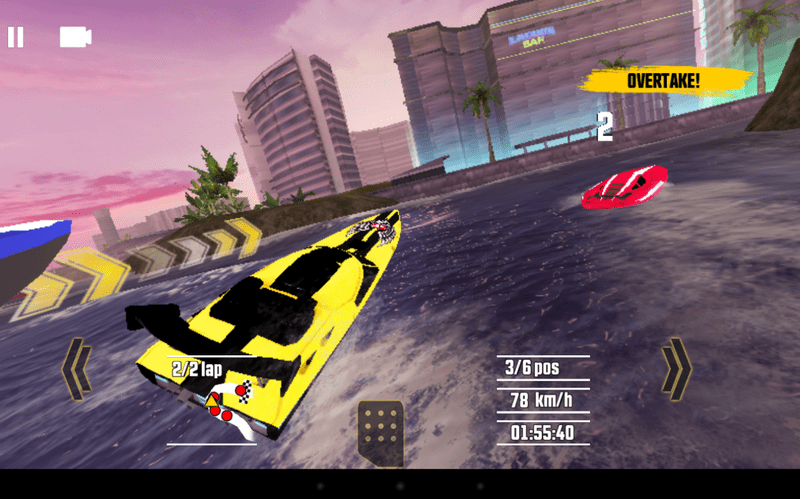 Driver Speedboat Racing is quite a mediocre racing game in itself, and the heavily loaded IAP system closes the lid on the fun part altogether when you hit the paywall. The racing part fails to be dynamic and speedy, something the racing games should be. But the story and the lifestyle part of the game feels like the final nail in the box. I would tolerate the grinding if the gameplay would have been fun, but it’s not. It’s a lengthy and heavy download, but a quick uninstall.