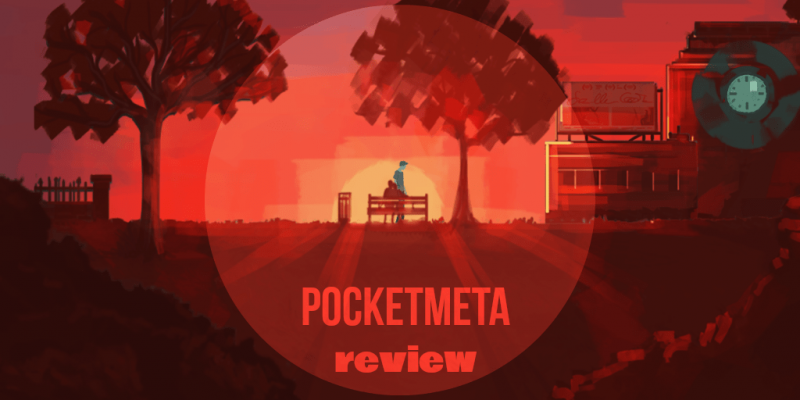 It happened so that I watched “Girl, Interrupted” starring Winona Ryder and Angelina Jolie last night. That Skeeter Davis song “Don’t they know it’s the End of the World, if you don’t love me anymore” kinda stayed in the back of my mind alongside a whole bunch of other stuff the movie left there. And tonight I played The End of The World by Sean Wenham. Let me tell you this is a heartbreaking experience, not a game. It will take you on a journey to your past, the one you think you got over, and scratch the old wounds and pour some salty water on them… 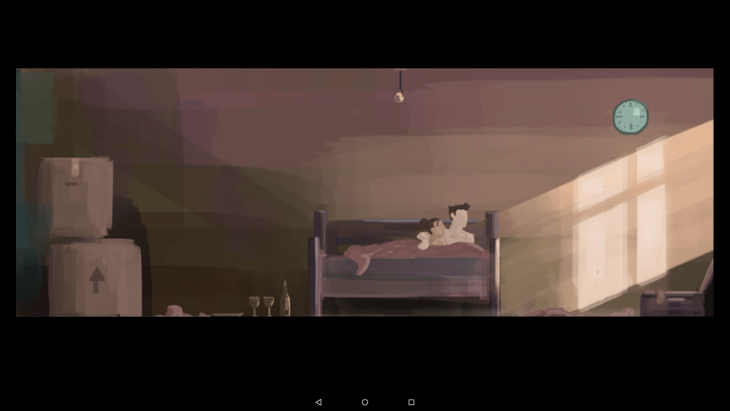 The End of The World is not for the jolly, or the happy or the people loving Katy Perry and Taylor Swift. Forget the pop. This game is a metaphor and an ode to the broken-hearted who have not yet learned how to live after love. This game is guilty I’m in a sentimental mood and talking with song lyrics. But hear me out.

If you don’t speak the language of the metaphor and color, you might feel The End of The World is just an interactive cartoon 20 minutes long. Walk away, the child of the material world, and leave us to savor our pain. 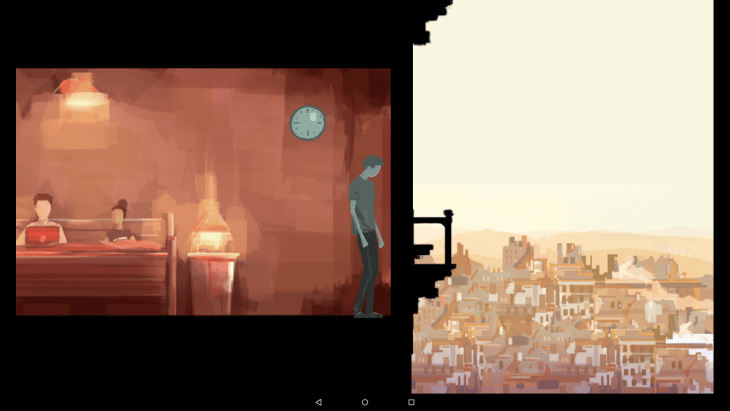 Perhaps I would not ruin the secret if I tell you that the game is a story of a man who lost his love. It’s a story of a break up, and the depression that engulfed the man as a thick fog. He has a way of revisiting his happy memories, but they only make the depression feel sharper and more hopeless. Will he go mad, or will he move on?

Perhaps, if you enjoyed the Lost Echo, you will feel that familiar vibe.

The End of the World is an exploration game and a side scroller in its mechanics. You control the man by holding the left or right side of the screen, and that’s where he moves. The interactive elements are shimmering, so you can always tell them from the rest. 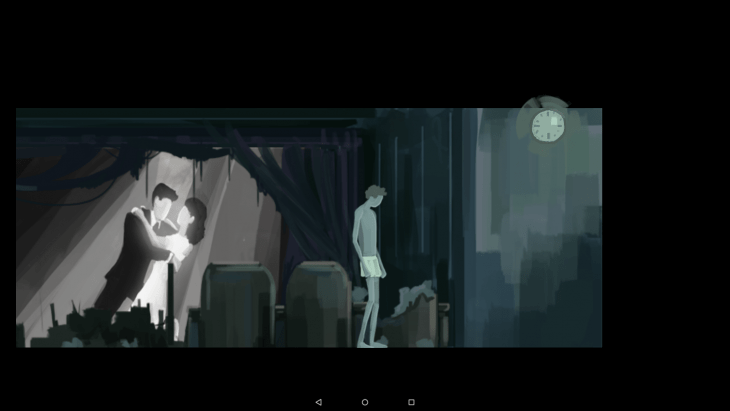 In some locations, there is a clock icon. Tap and hold it to revisit the old times when they were happy together. This game speaks to all lost loves. Have you ever wandered along the streets thinking “This is where we first kissed” or “This is where we had our first New Year party together” and sentimental stuff like this. It makes you feel even worse, is counter-productive, but it’s just a stage to recovery, or the other way around, to more depression.
So, the guy walks the streets, revisits these places marked by their happy times, and… honestly, it seems like he’s falling deeper into the rabbit hole with each new scene.

There really is not a “choose your own adventure” element here. There is the beginning, the evolution and the climax. There is the philosophy, or the morale. You either go deeper into the denial, living your life in the past, or choose to move on. The life after love might look like it’s an apocalypse, with the shadows instead of people. This might last long enough to become the new normal. However, it might also be the mending that takes long. And in the end, you can come out stronger.

But the game is not about “what does not kill you makes you stronger.” It’s really about mourning. So, if you don’t feel confident about your own emotional state, perhaps you should wait for a better moment because The End of the World might make you dial that forbidden number again. 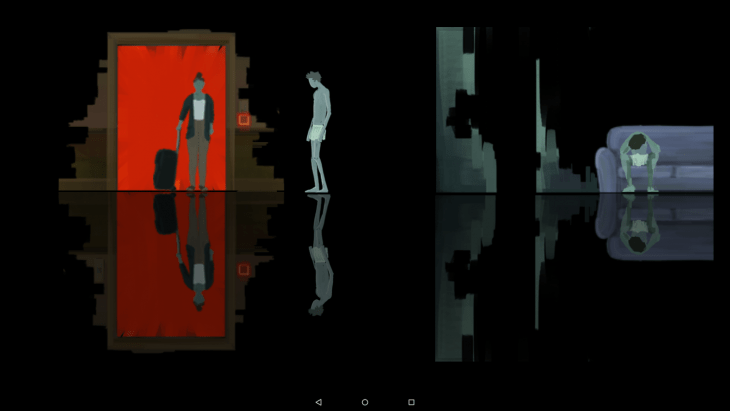 Sean Wenham is an environment artist who previously worked for Ubisoft Reflections and now works for Heavy Spectrum. The End of The World is his personal project, a result of several years of work in between the official jobs. In short, it is a masterpiece. Each scene is a painting – from the flower pot on the balcony in the beginning to the love scenes, the gorgeous cityscapes, the incredibly powerful dive into the red string of memories and the dull, gray apocalyptic world of the “after” with the lonely chair and a table. 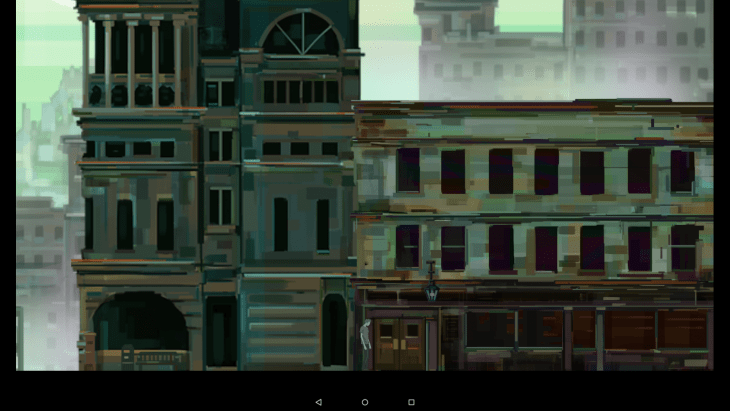 Some scenes look like a stage with decorations – I even expected the dancers to pop up from behind the red curtains and start the phantasmagoria of the contemporary dance, with the erratic limb jerks and constant falling to the ground. Thank goodness they did not show up. The sound is subtle and penetrating, and yet I could not get rid of that Skeeter Davis song, it’s so fitting.

The art is very powerful here, and The End of The World is not just a game – it’s the work of art. It stands on its own, and only few titles like Gathering Sky and perhaps a few more occupy the niche. 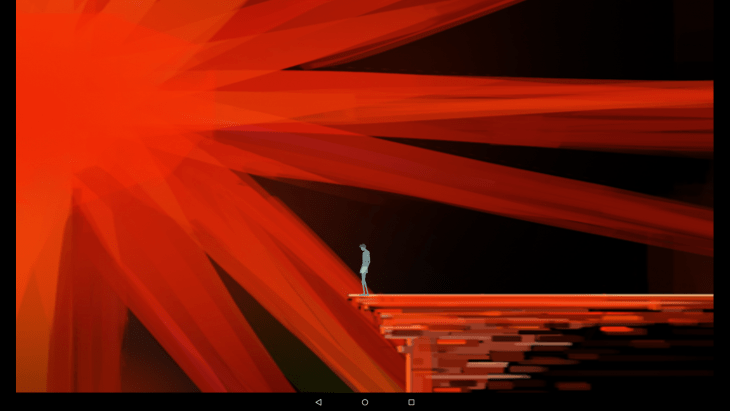 The End of The World is a $1.99 one time purchase, with no IAPs, or ads. It lasts some 15-20 minutes, and then it ends. I am taking some screenshots to make them wallpapers, and perhaps I am revisiting this experience or share it with my friends. It is definitely the one to provoke discussions because breaking up is something everybody goes through at least once in a lifetime. You can argue it’s not a game, and its replay value is debatable, but this title has more essence, artistic value and meaning than the majority of them. The game has a knack to speak the truth about how being heartbroken sucks. That’s the ultimate purpose of the art – to tell the truth. So, see it for yourself if you might enjoy or appreciate what The End of The World has to offer. 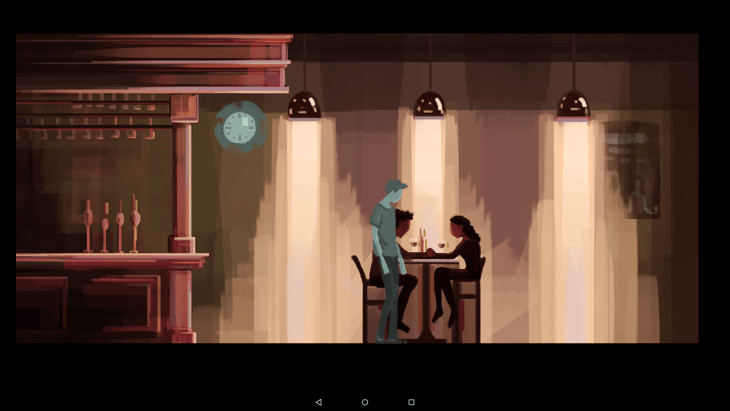 The End of the World

Note the 17+ restriction on the app store – the game includes scenes of smoking, alcohol consumption and partial nudity. Don’t expect it to be explicit, though. It’s a story of grieving and an experience of moving through the thick fog of memories to the dim light of the present reality. It might get you depressed if you are currently going through a break up. It might bring back some painful memories. However, it’s a beautiful and masterfully staged performance, and an interactive work of art. It’s short, but full of essence, and it’s very personal.