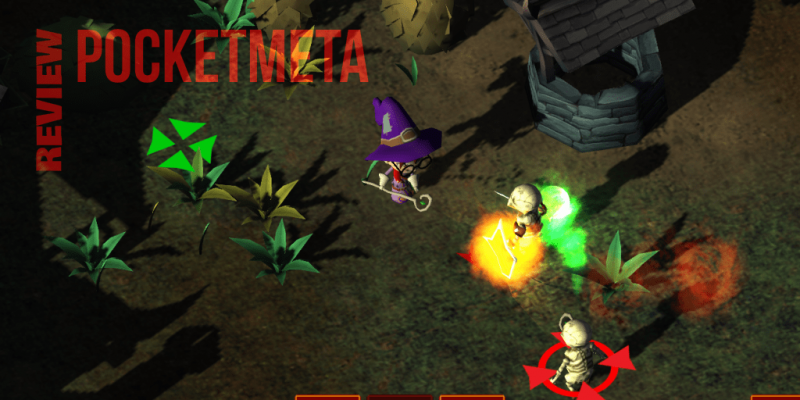 Simple, accessible, yet challenging and fairly deep, Fantasy Mage is a game to check out if Solomon’s Keep once was your kind of game. It’s in no way related to Solomon’s Keep, but sweet nonetheless.

It’s not a survival game, nor is there a permadeath. Instead, you need to level up your character by collecting loot and distributing skill points you get after each successful round. Here is how it works. 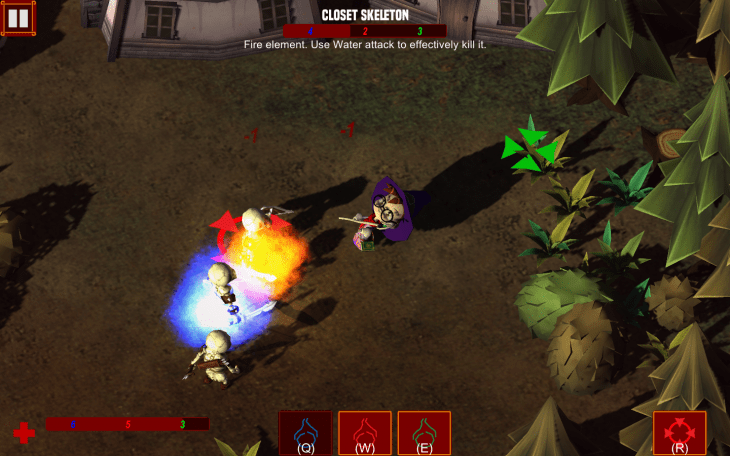 The game is story-driven, but it’s not random. You play as a young mage trying to defend your village against an invasion of skeletons. As you play, a research process goes on somewhere in the background, so each new level gives you a little more intel on your enemy and the backstory.

Fantasy Mage is a top-down game that sees you scouting the area in search of the enemy. There is a locator button in the bottom right corner that will show you the direction of the closest enemy. Once you see the enemy, you need to tap on it, and your mage will start auto-firing. The enemy fires back, so you need your fingers to move around. It’s not always going backwards. Each enemy’s attack is different, so you need to learn the best maneuvers to avoid getting hit. In some cases, going backwards does work, but I find circling around the enemy to be the most efficient tactic as of now. 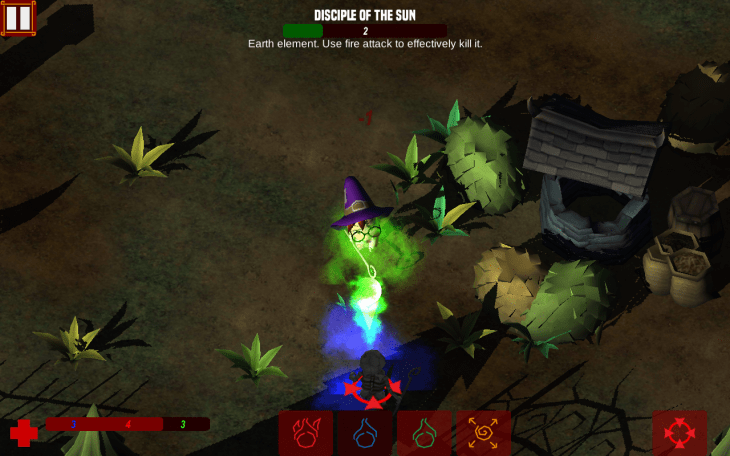 It all sounds pretty simple until now, right? Here is when the difficulty comes in. Your attack and defense, as well as the attack and defense of your enemy work on a rock – paper – scissor basis. But instead of the notorious elements, Fantasy Mage introduces earth – water – fire elements. In attack earth defeats water; water defeats fire; fire defeats earth. The defense works according to the same principle – each element can only damage a certain defense. For example, fire attacks deal damage to earth defense; water attacks damage fire defense; earth attacks deal damage to water defense.

Now, you will have a brief before every level, disclosing the predominant type of the enemy. Hence you will more or less know how you need to prepare your mage for the round. 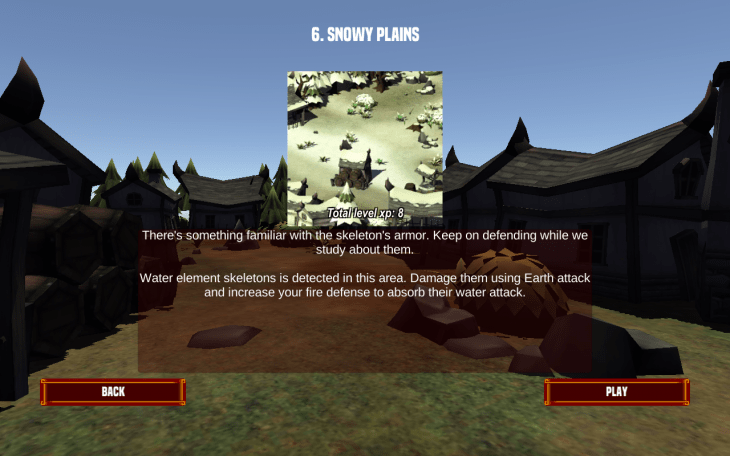 Tap anywhere to go, tap on an enemy to start auto-firing. As I said, you need fingers to switch between spells on time. No joystick, or external controller support, although an onscreen joystick could be useful. Sometimes, my finger on the battle field can block a sneaking skeleton.

If you were wondering whether the game has hats, Fantasy Mage has you covered. In fact, changing outfits is half the gameplay that has a tactical importance rather than cosmetic improvements. At the end of each level, you collect loot that drops randomly. With each higher difficulty level, the value of loot increases. The loot includes hats, robes, boots and spells. 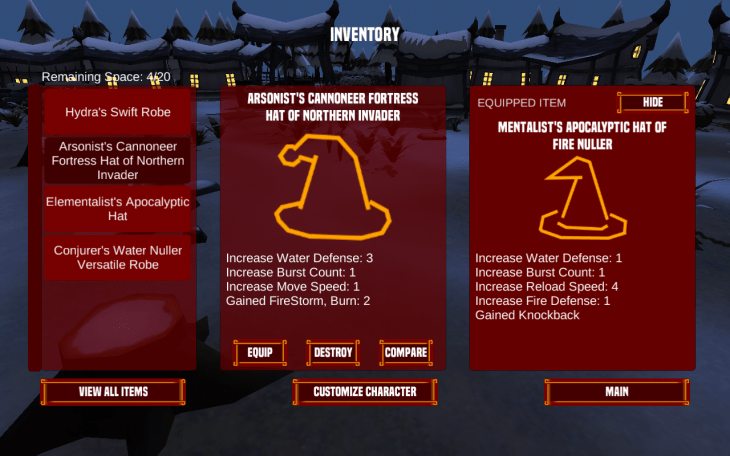 The loot comes in several types and different stats. For example, you can have two conjurer’s hats, but with different stats values and stats list. The game’s UI has a convenient “Compare” button that shows how your current item’s stats compare to the stats of each item in your inventory, one by one.

The items are different, so don’t rush to destroy the ones you think you don’t need. Each has an attack or a defense value based on a different earth, fire, water element. So, choosing configurations of hats, robes, boots and spells for each specific level requires some thorough planning.

Spells also drop as loot, and you have at least three spell slots for each level. Additional spells come when you equip items that have them, so at different times you can have five and more attack spells. The additional spells include freeze, teleport, slow down or kick back actions, power shield or a shower of fire balls that come handy when you are surrounded.
After each successful level, the game awards you two skill points you can distribute between 4 skills – rage, focus, stamina, constitution. 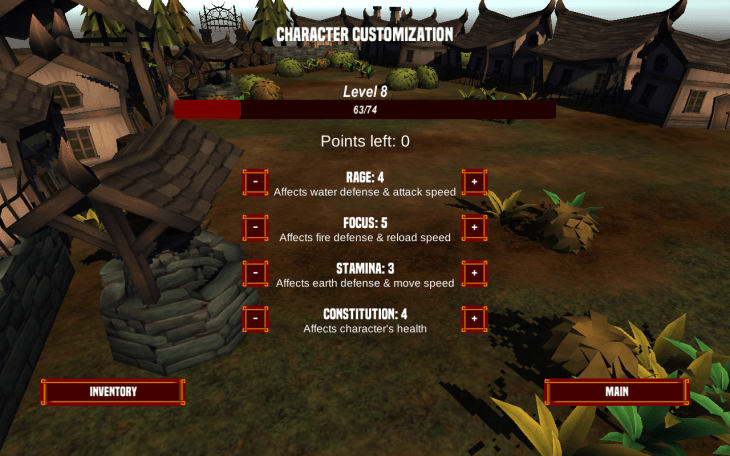 All this boils down to a pretty accessible at first, yet quite challenging gameplay when you make it past level 5. That’s basically when you notice how thoughtlessly equipped loot does not help you much, even though it has a higher value stat on it. You need to understand the three elements system. And here is where I mess up all the time. I don’t know why. Maybe because I am missing the logic behind the system. I am used to the four-elemental system, where earth is countered by air, and fire by water. I am struggling to memorize why fire defeats earth in this game, which breaks the chain of logic for me. Hence, I take a little longer to equip the correct items before each level. But that’s me. You might find it quite intuitive.

Moreover, the game helps you switch your spells on the go as you find the next enemy by showing its stats at the top. So, in the end it’s a pretty solid RPG and tactical loot and skill-based game that has a ton of replay value. And that’s what I like most. 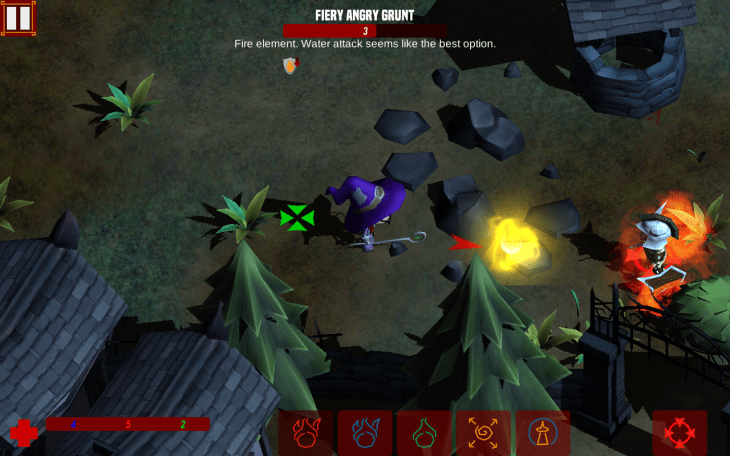 I have been playing for 5 days now, quite moderately, but I only got to my first boss fight. You see, it’s not covering levels one by one in a massive killing spree. Each new level presents a significant challenge, so every now and then you have to not only re-consider your equipment, but also replay previous levels to see if better loot drops. At the same time, you don’t need to grind for that loot. Until now, I have only had to replay once or twice until beating the next challenging level became easy.

That said, the game offers 60 levels, with boss fights, so I am assuming it’s a long-term commitment for the right player. There are no IAPs or ads, so no paywalls either. The loot grinding and leveling up is not tedious, but flows smoothly along with the story progression. 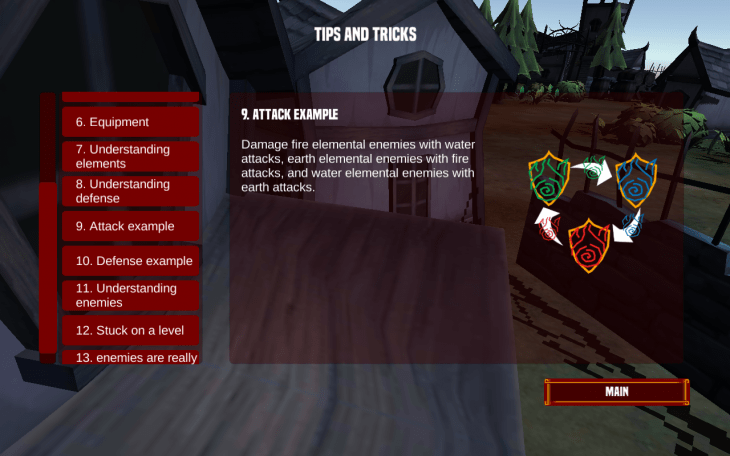 Fantasy Mage is a good-looking game, and I like how each level is visually different. It is somewhat simplistic, but at the same time the shadows and textures make it look rich. It does not use extremely bright colors, which is fine by me. The variety in the monster looks increases as you play, and it’s a worthwhile exploration. Oh, and soundtrack is different per each level. Some tracks are really atmospheric and creepy, some are relaxing. I find it a huge advantage how different sound score helps diversify the gameplay. 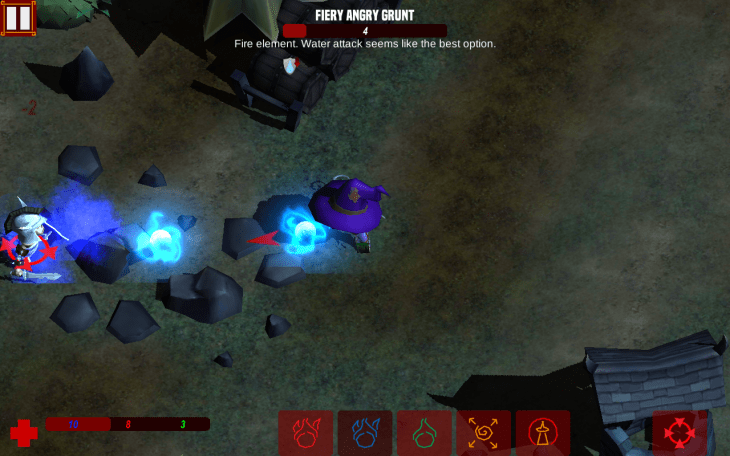 Fantasy Mage might seem like yet another generic Solomon’s Keep, but it has enough personality and gameplay value to stand on its own. The element-based loot, each with its attack, defense and special stats make it a brain workout for the tacticians. An interesting fantasy story, good looks and variety in levels and enemies, as well as the sheer volume of levels give you plenty of room for action. The game encourages a little replaying here and there to collect better equipment, but it never feels tedious. In the end, Fantasy Mage is a sweet and addicting game for the fans of the genre.

Disclaimer: The developer provided PocketMeta with a review copy of the game. The developer did not sponsor the review in any way. 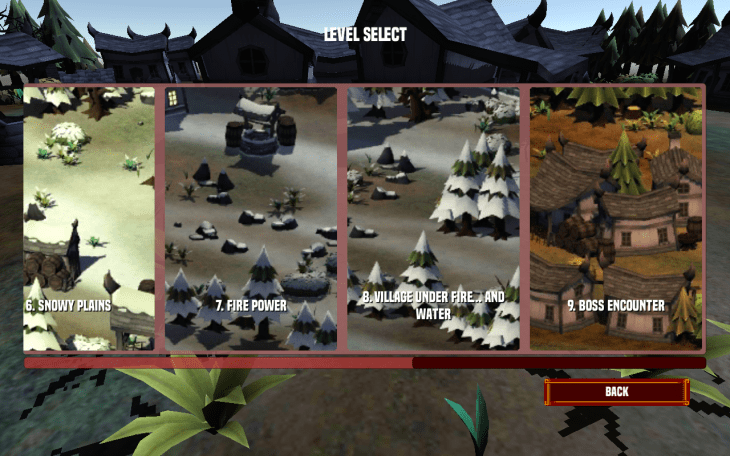