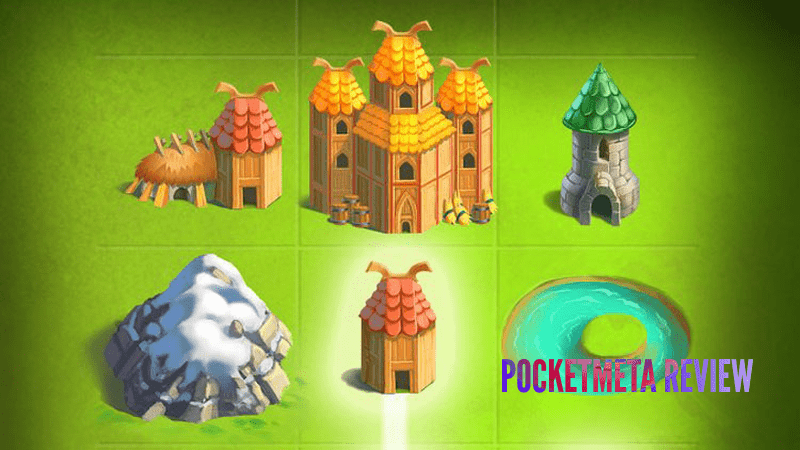 Wait, I know what you think. It has farms, and it has castles, and it’s freemium. As you, I’d say “No, thank you.” I passed by this game a dozen times, but the Square Enix byline and neat artwork in the icon pitched my curiosity. Even though there is nothing new, or innovative, or shocking about this game, except for the fact that it’s Square Enix and it’s not decades old RPG, Farms & Castles is delightfully addicting. 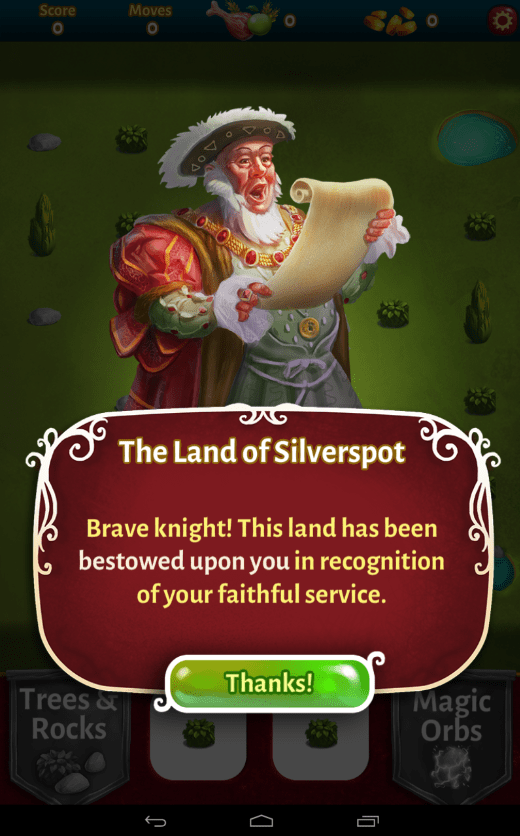 If you played Triple Town, you know how this works, but the fact is, there are quite a lot of users who haven’t been around when that old Spryfox game came around. So, it would be safe to assume you’ll have to learn the basics first.

Farms and Castles is a match-three puzzle with a 6×6 grid and two types of items you can place on the board – bushes and rocks. Match three bushes, get a tree; match three or four, or five trees and get a very big tree; three big trees blend into a simplistic farm; and so on until you build really neat farms. The same is true about the rocks that eventually evolve into the castles.

The catch here is how the matches work, and this mechanic is the greatest challenge. The items you place blend into the last one you placed on the grid. This messes up with your plans a lot until you get the hang of the tricky pattern. For example, L shaped patterns match, but Vs don’t. Neither can you match the items that are diagonally blocked by others. In other words, the challenge is perfect to keep casual and puzzle players coming back for more until they build the fortress and become an emperor.

The game has three layouts, and you can start with any of them. You can quit and the instance is auto-saved in its respective game slot, which is nice for the quick time killers.

Farms & Castles grants you titles according to the number of moves you have made in a single game, and the titles come from the Medieval feudal times, like baronet and up to the said emperor.

You have two slots at the bottom, where you can see the two elements you can place on the grid. You can not switch to a different one, and the simplistic elements are generated more often than the more complex ones, like trees and farms, and simplistic castles.

On the two sides of these slots, you will see icons for the Shop as in “Trees and Rocks” and another Shop as in “Magic Orbs.” These are the two things that can be acquired by playing or by buying for real money.

Truth be told, the developer must have invested quite a lot of effort into balancing these elements to give the average player enough room for free play, without imposing a paywall because this is exactly how it feels. Here is how it works.

Each element you place on the grid generates some in-app currency for you. Trees and farms generate goods; rocks and castles – gold. The trees and rocks from the left-side shop can be bought for the goods; the magic orbs from the right side shop can be bought for the gold. Both can be purchased for real money. The Trees and Rocks shop also has video ads in exchange for 60 goods.

Do not overuse the shop at the initial stages, but do not wait until the grid fills up completely. In the first case, you run the risk of missing enough goods to buy a complex element that will help you significantly; in the latter case a purchase is unlikely to help you out.

Notably, you can watch video ads some 5 times straight, which can help you in critical situations, but after that they become unavailable for a while.

As I said, the artwork ignited my curiosity, and I was not disappointed when playing. In fact, unlocking more complex farms and castles is a part of the addiction factor, aside from the strategy challenge, of course. The visuals are neat and polished for a casual time killer. The music is medieval-ish, and once you are fed up with it you can mute it. Overall, the design is eye-pleasing. 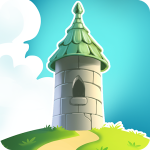 Farms & Castles is your next favorite time killer and a competent match-three puzzle that comes quite timely if you have had enough of the Best Fiends. Its “blend into the last item” mechanic messes a lot with your plans, while the small grid will have you considering your moves as if you were playing chess. The free-to-play system is well balanced, and the auto-save lets you leave the grid and come back to it later, with a new approach. The design is very neat, and the overall game impressions are very positive. Do not doubt, just play it and share your trips and tricks in the comments below!