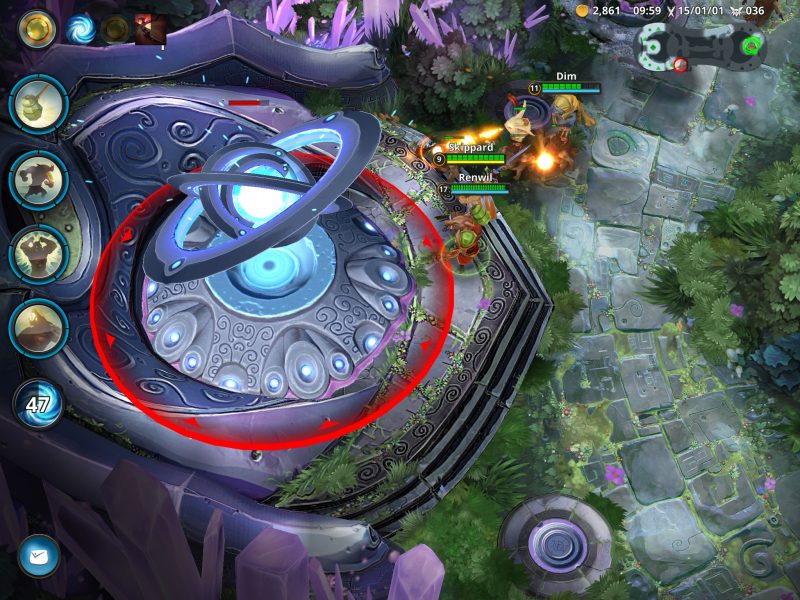 It isn’t the first MOBA we’ve seen on mobile devices, but it could definitely end up being one of the most popular. Fates Forever was recently released exclusively for iPad, with plans to move to Android tablets as well. Now, it’s hard not to point out that this game is pretty much a complete knock-off of League of Legends — but is that such a bad thing? Granted, it would be nice to see some more variance between the two games, it does help players familiarize with the game quicker if they have played LoL.

Fates Forever looks really good — it isn’t exactly outstanding or awe-inducing, but the graphics do not look outdated, and the game itself runs very smoothly. The FPS can get a little choppy during moments of intense battle (multiple players using graphically intense abilities, etc), and this is especially noticeable if you have apps running in the background. However, this is the type of game that requires all of your focus, so it’s not like you need to constantly be switching between apps while playing Fates. Just make sure you force close any other apps prior to starting up a match, and you’ll be just fine. 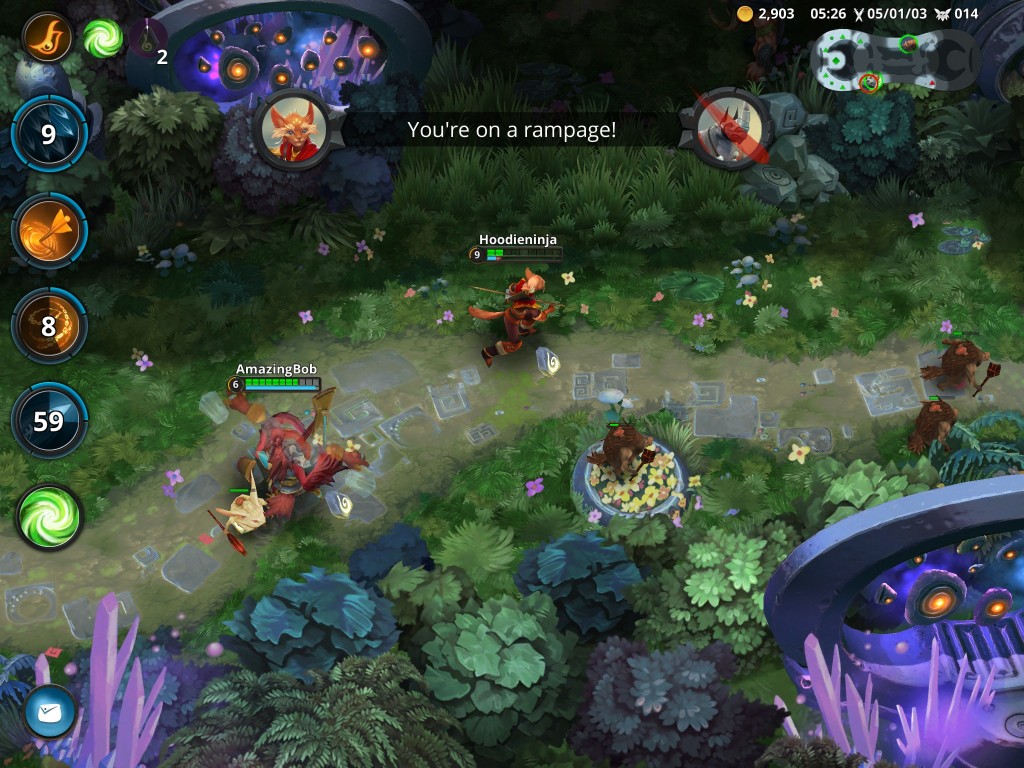 I would like to see some improvement in the unit HP bars, specifically the tribute’s HP — it’s really hard to see exactly where their HP is at, which in turn makes last hitting minions difficult (and this is a major part of the game, especially in competitive play). Player’s HP bars aren’t perfect either, but much easier to interpret than the tributes. Other than that, there isn’t much more that needs to be worked on for this game to receive a flawless graphics award in my opinion.

For those unfamiliar with the MOBA genre, the concept involves two teams defending their bases — and the team who destroys the enemy team’s base is the winner of the match. There are structures that must be destroyed before the base is made vulnerable as well, so the majority of the game is a steadily paced back and forth battle in the “lanes” to take out turrets and progress towards the enemy base. Fates Forever is pretty much your standard MOBA, there are no features that really make the game unique, but it does do a good job of taking the basic concepts and balancing everything out. 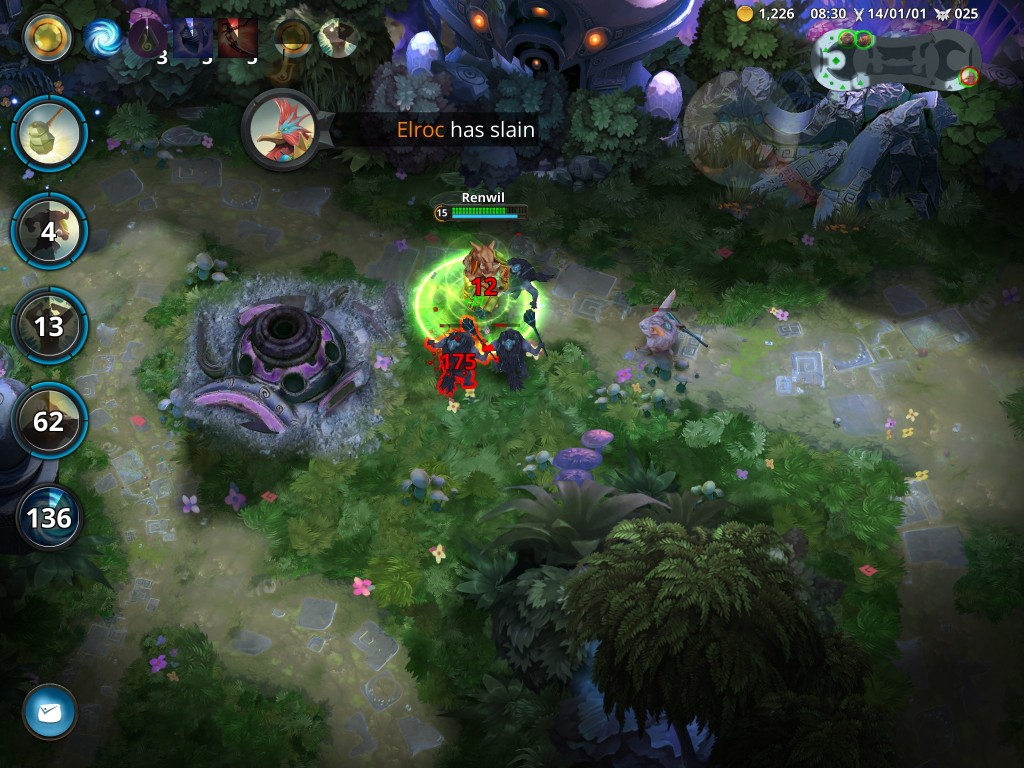 I’ve always been hesitant to get involved with any mobile MOBA, since the genre is so reliant on teamwork, and it’s just so hard to co-ordinate things on a mobile device. Fates Forever doesn’t really offer anything to make this easier, so 90% of the time it feels like you’re playing as a lone wolf. Fortunately, everything works pretty great, so with some renovations to teamwork aspects of the game, the gameplay would be close to perfect. One other thing that irked me throughout my gameplay experience, was that every aimed ability required you to drag your finger from your character to the location you wanted to aim — this should just be a simple tap after selecting the ability.

As for the main menu, everything is really easy to navigate, and there are really no complaints there. You’re able to access all of the sub-menus with ease, and viewing all of your account statistics/unlocked characters is painless. My main issue is with the in-game interface, specifically when trying to shop for items. Like I said earlier, this game borrows a lot from the PC game League of Legends, and this shop interface is extremely similar as well — however, it doesn’t work that well on mobile. 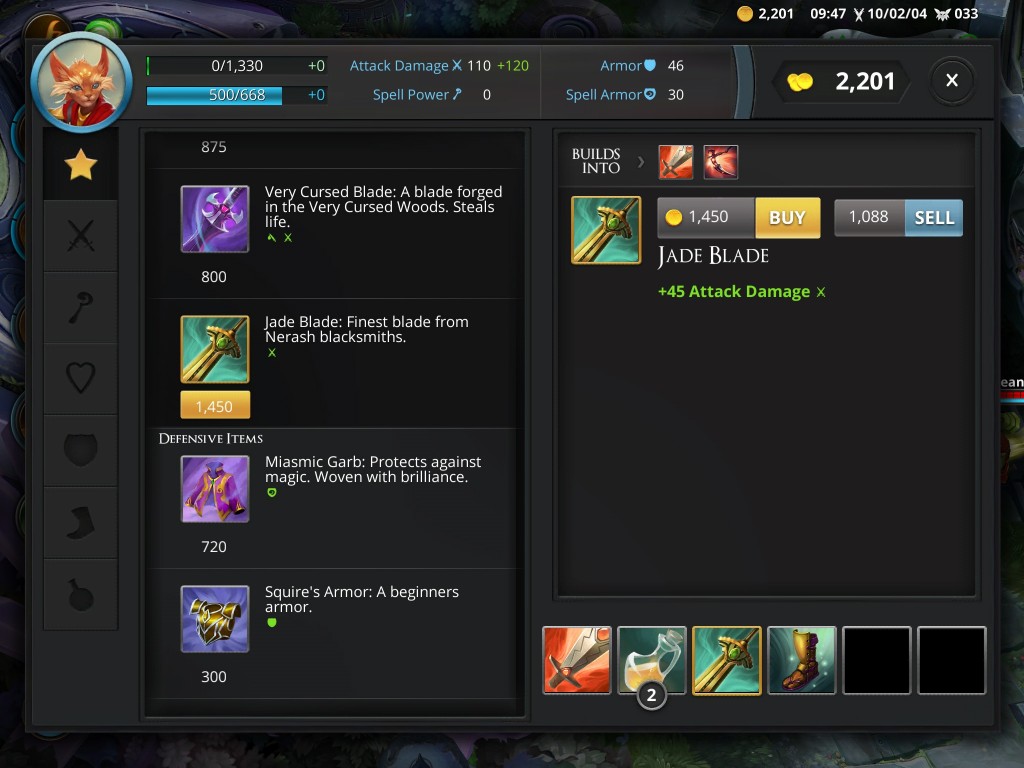 I’m not sure the best way to go about changing the shop interface would be, but there needs to be some way to condense the information and make the shopping buttons a little bigger/more responsive. This was by far the buggiest area of the game, and there were a lot of instances where I had to tap three or four times just to buy my item, whereas everything else in the game was much more responsive. The “Builds Into” section (seen above) is pretty hard to get at as well, which could easily be fixed by larger icons since there is quite a bit of free space on the rest of the screen usually.

Regardless of Fates Forever’s minor shortcomings, this is still the kind of game that you can play over and over again. Unlocking new characters and account abilities are enticing factors that keep you coming back again and again. You’re also able to increase proficiency with each character, which adds even more to the replay value/things to do in the game. As long as the player-base remains solid, there’s really no point at which the game gets too stale to play, and it’s hopefully only going to get better as they continue to update the game and make tweaks/bug fixes. 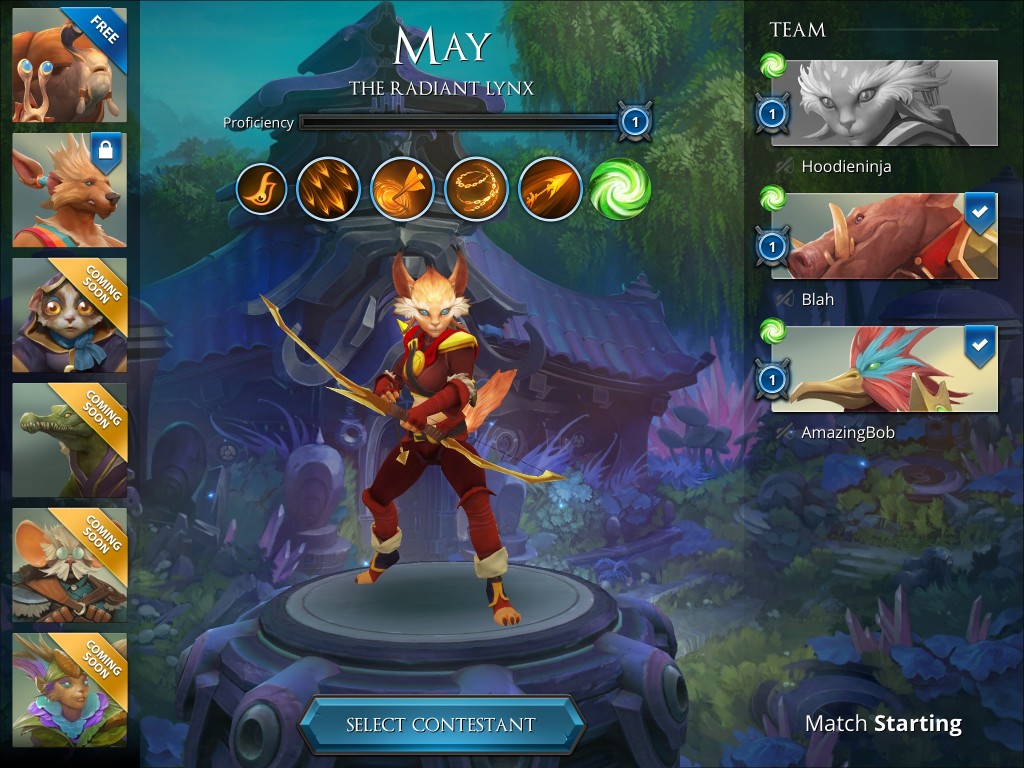 Fates Forever is definitely worth the free download, and anyone who is a fan of the MOBA genre is going to enjoy this one. It’s really the first MOBA that I’ve played on mobile that has actually felt like a MOBA is supposed to, and the game is pretty fine-tuned for being in the early stages of it’s release. Between increasing the proficiency of your characters, unlocking new characters/abilities, and the constant team composition variation, there is plenty to do and learn in Fates.

Click here to check out Fates Forever on the Apple App Store!

Make sure to let us know your thoughts about this game! Leave a comment below.