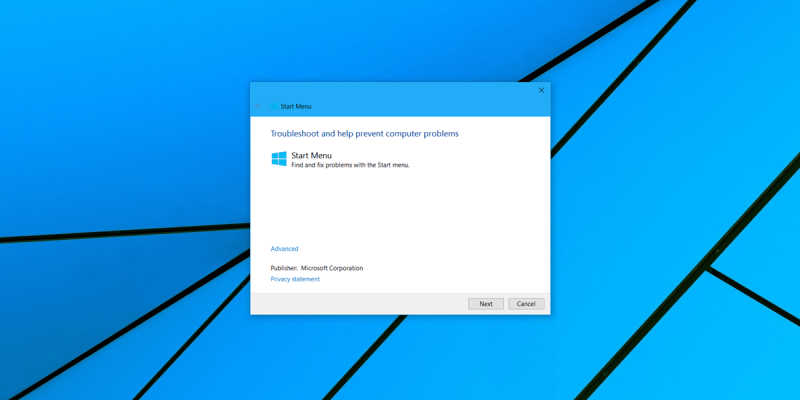 Even though it was just a few weeks ago that Five Nights at Freddy’s rose to extreme popularity, the developer has already released a sequel. I wasn’t a huge fan of the original game (check out my full review right here), but it was reasonably frightening. In the end the Gameplay was just a bit too simple that resulted in it being more of a one and done type of game. Going into the second one, I was hoping they were able to expand the Gameplay a bit while adding more to the scare factor.

Is the sequel an improvement from the previous, or just a re-hashed version of what we’ve already seen? Find out in the full review below!

FNAF2 follows suit with it’s predecessor but actually being more nights than the title suggests, with seven fun filled evenings. Everything has the same feel as before, but a few mechanics have changed drastically — which we’ll get into later. Security cameras are still part of the equation, as are non-constant lights, so don’t worry about those two beloved aspects of the game. Of course, as expected, jump scares are extremely prominent in this sequel.

Visually, the game hasn’t changed much from the last one, which is disappointing, but at least remains on par. You’ll notice the antimatronics are as spooky as ever, and there are some new friends for you to meet as well. I thought the grainy textures went well with the overall theme and feel of the game before, and that is true this round as well. Although they’re nothing spectacular or wow-worthy, they get the job done.

If you ever played the previous installment, you’ll remember that there were just two doors (one on each side) where the animatronics could get into the office from. You could turn on a lightswitch or shut the door on either side, but it would drain your power faster when you did. Other than that, there really wasn’t much to the game — however, things are a bit different now. There are a few more rooms to monitor on the cameras, as well as one room with a music box that needs to be regularly wound up to prevent a certain animatronic from wandering around. 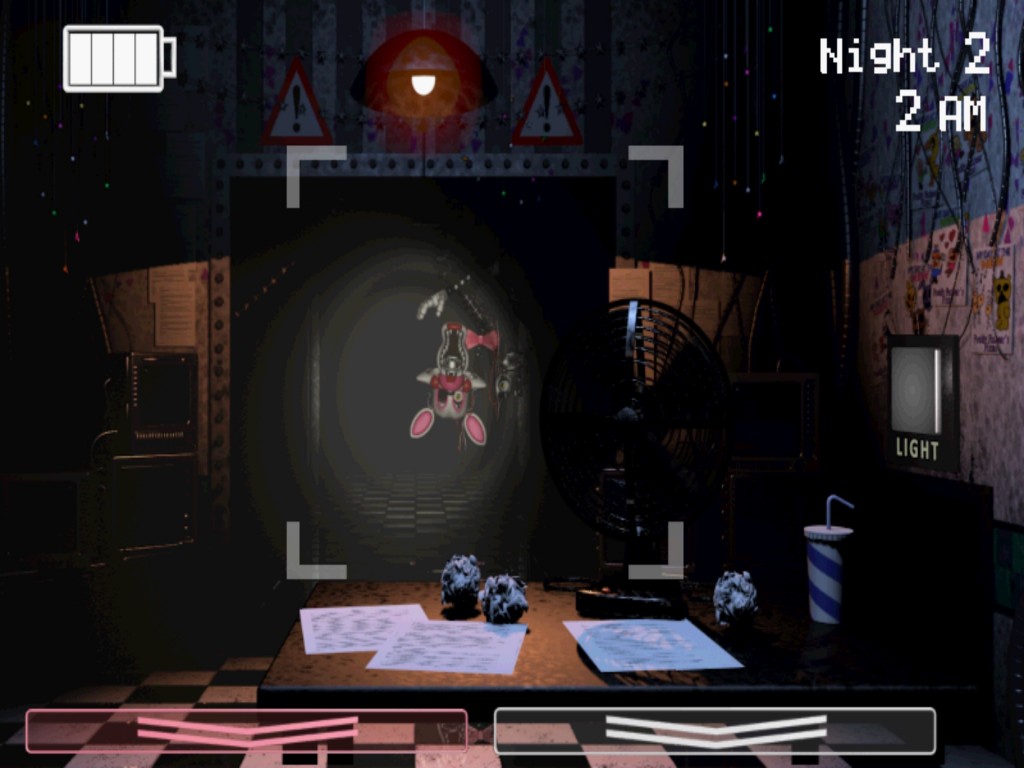 As for what things are like in the security office, the biggest change is that there are no doors. Instead, you’ve got two wide open air vents on each side, as well as a wide open hallway directly in front of you. Your means of defense fall to your flashlight, which you can repeatedly shine at certain animatronics to get them to leave, and then a Freddy mask which allows you to blend in until they leave (again, only for certain ones). The multiple defenses, along with the music box in the equation, makes for a much more intense and more challenging Gameplay experience.

One thing that is really cool, is that there is actually a custom level builder available after you complete the game. This allows you to fully control and adjust how the AI works, such as which animatronics are in play, and the specific difficulty of each. It’s a nice bonus feature to help make the game not quite as repetitive, but nothing to really rave about.

Even though most of the changes from the first game were minor, they are still very appreciated. Five Nights at Freddy’s is a very simple game with basic concepts and not a whole lot of depth, which is pretty typical for a survival horror game. In my opinion, the original was just a bit too basic, and was lacking anything that would keep you coming back after a couple of playthroughs. And although the sequel may still be a one and done game for some, it is challenging enough to keep you at it for a while longer. 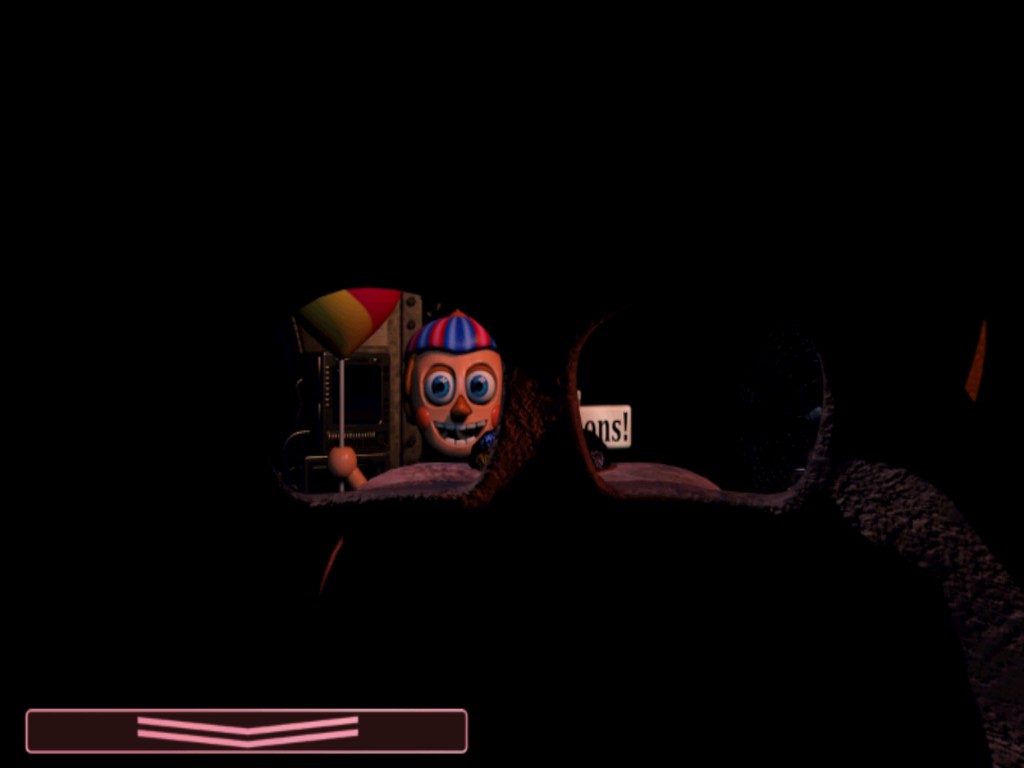 I wouldn’t say the game is fantastic just yet, but it definitely went from being a decent thriller game to a really good one. Now, was this really deserving of a full sequel? Maybe not, and maybe it would have been better off as DLC for the first game considering the short time-span between releases. A sequel with five or six different scenarios would be great, and in my opinion, would make the game truly deserving of it’s success (if executed properly). 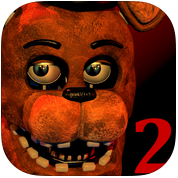 If you were a fan of Five Nights at Freddy’s, there is a high chance you will really enjoy Five Nights at Freddy’s 2. Overall, the game is a well rounded improvement from the previous — not quite enough for me to consider it a really special game, but is worthy of the $2.99 price-tag if you enjoy the genre. There were still plenty of moments that induced an audible reaction of fear from me, and some very intense points where I had several animatronics closing in on me as the night came to an end.