It’s a series that just became a trilogy without even being around for a year, and has brought in millions of downloads while making quite the buzz in the gaming industry. The craziest part of it is that it was created by a lone indie developer, and has a considerably low amount of depth in pretty much all areas. Still, the Five Nights at Freddy’s series has always been a reminder of how mobile games that garner widespread attention don’t always require much more than a couple of images, some reaction buttons, and a few creepy animatronics. Does the third installment add some depth, or rather just re-hash the same formula? Find out below!

Five Nights at Freddy’s is like a chocolate cake, although a few ingredients might change in the recipe to give you different kind of chocolate cake, you always need to include the chocolate — or in this case, the jump scares (I guess that makes it a jump scare cake). The rest of the ingredients contribute to how you reach that jump scare, and the intensity of that jump scare. Maybe I’m wrong about all of this, but I am pretty sure the gameplay mechanics wouldn’t be enough to carry this game to it’s success without the frightened reactions it brings to the player. 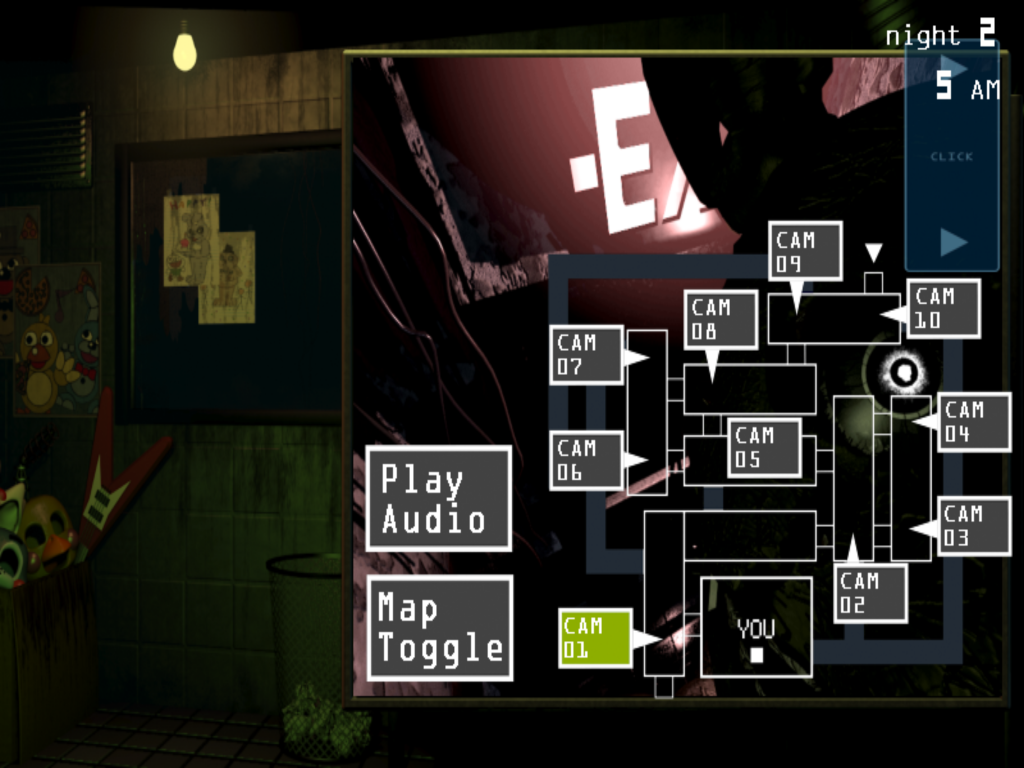 Even if the jump scare isn’t the biggest factor, there’s no denying it’s a major factor, and it seems like now that we’ve made it to FNAF3 that the scare just isn’t quite there anymore. Sure, the first couple of times balloon boy let out a creepy laugh and my screen started flashing red, my heart rate went up a few bpms. However, the effect just didn’t seem to last as long this time around, and it wasn’t because the animatronics weren’t creepy enough or the noises weren’t abrupt or loud enough. I have to assume the brief time period between releases has something to do with it, since FNAF2 (and even the first game) are still pretty fresh in memory.

As for the visuals overall, there isn’t a whole lot to say, if you’ve played either of the previous games you should pretty much know what to expect. You’re a security guard in a run-down children’s entertainment facility and every so often one of it’s creepy inhabitants will show up on a camera or right in front of your face.

In the first game you had doors and lights, the second game had lights, and now — you don’t get either of those things. Instead, you’ve got a ventilation system that can be sealed off in various different points of the map, but only one at a time of course. There is also a maintenance panel that you’ll need to use in order to reboot your systems if they should receive an error. Your camera system, vent sealing, and your audio-box can all go into an error state at any time, and it requires you to exit the camera screen so you can pull up the menu options.

The audio-box I mentioned is very important, as it’s really your only resource used to lure the springtrap animatronic away from your office. By watching the cameras, you can find him lurking around various rooms, and by using the audio-box, you can draw him into nearby rooms by playing the sound. Although it seems complicated when you’re first playing the game, it’s really pretty simple once you start to get the hang of it. Keeping an eye on the vents, blocking Springtrap off in the vents and making noise in adjacent areas that are further away will be your key to success.

You also get a handful of different little retro mini-games to play in-between nights, but these are more of just a novelty aspect that plays into story-telling a bit. Personally, I didn’t care for this too much, and would rather have just had a quicker continuation of the creepy night I just lived through.

Time to move on?

While the game was moderately entertaining in the beginning, it just gets old fast, which is really the biggest downfall. Sure, there are all of the hidden easter eggs and bonus difficulties, but to the average gamer these probably won’t mean much — hardcore fans of the series aside. I can’t help but feel that each new game in this series could have just as well been DLC for the first game. 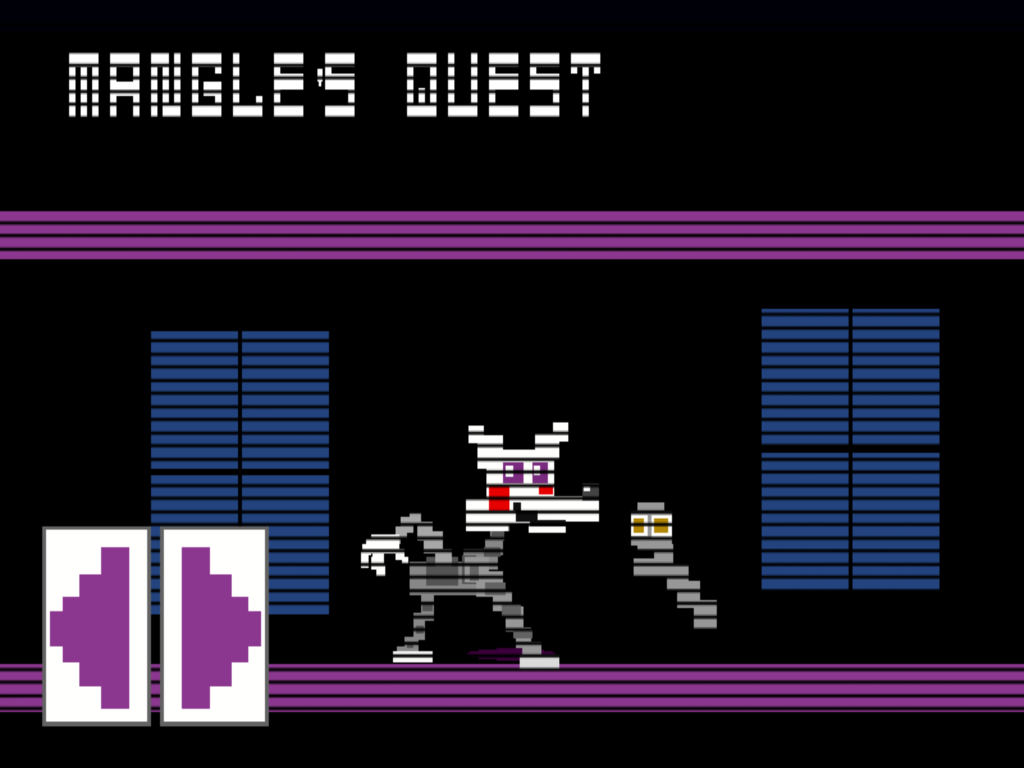 I’d say that FNAF3 has some of the most solid Gameplay overall that we’ve seen in the series, but honestly, it felt about as mechanically sound as the first game should have been to garner so much success. At this point, I am leaning a lot more towards saying it’s not quite enough to merit any fantastic reviews for a third installment of a game franchise. Obviously the massive success of the first game is going to continue carrying on, but I am really hoping that there are major changes in store for any future sequels that may be released. 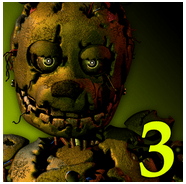 The third installment of the Five Nights at Freddy’s series is pretty much on par with what we saw in the previous two games. Plenty more jump scares, a couple of new mechanics, and minor tweaks to the staple mechanics. It’s the same old concept and it plays very well this time around, but by the third game in the series, there should be a bit more innovation rather than fine-tuning. Die hard fans of the series will obviously be picking this up anyways, but if you didn’t find too much excitement in the previous releases than you’ll surely be fine passing on FNAF3.