One game that got quite a bit of hype this year, was Godfire: Rise of Prometheus. The game’s trailer features some pretty intense in-game footage, and it really looked like it could be an awesome game. Of course, you can’t get the full picture from a minute and a half trailer, featuring about 45 seconds of footage from the game itself. You’ll likely see resemblances to the God of War series for consoles, although these games are definitely not identical. Godfire follows the story of Prometheus and his journey to retrieving the Godfire spark — a powerful object with near limitless capabilities. Will Godfire live up to the expectations? Let’s find out.

I’ll start off by saying Godfire has some really cool areas to explore, despite the fact that most levels are extremely linear and offer just a handful of secrets to uncover. The graphics overall are decent, but the main problem is how the game performs — granted, I was using an iPad 3, so it may run better on a 4. Frame rate stutters were the most noticeable issue, but some character/NPC models could use some smoothing out around the edges as well. The game never felt unplayable due to the frame-rate lag I experienced, so I won’t knock it too hard for this. There were a handful of cut-scenes with voice acting, which were enjoyable to watch and a nice touch to a moderately interesting story. 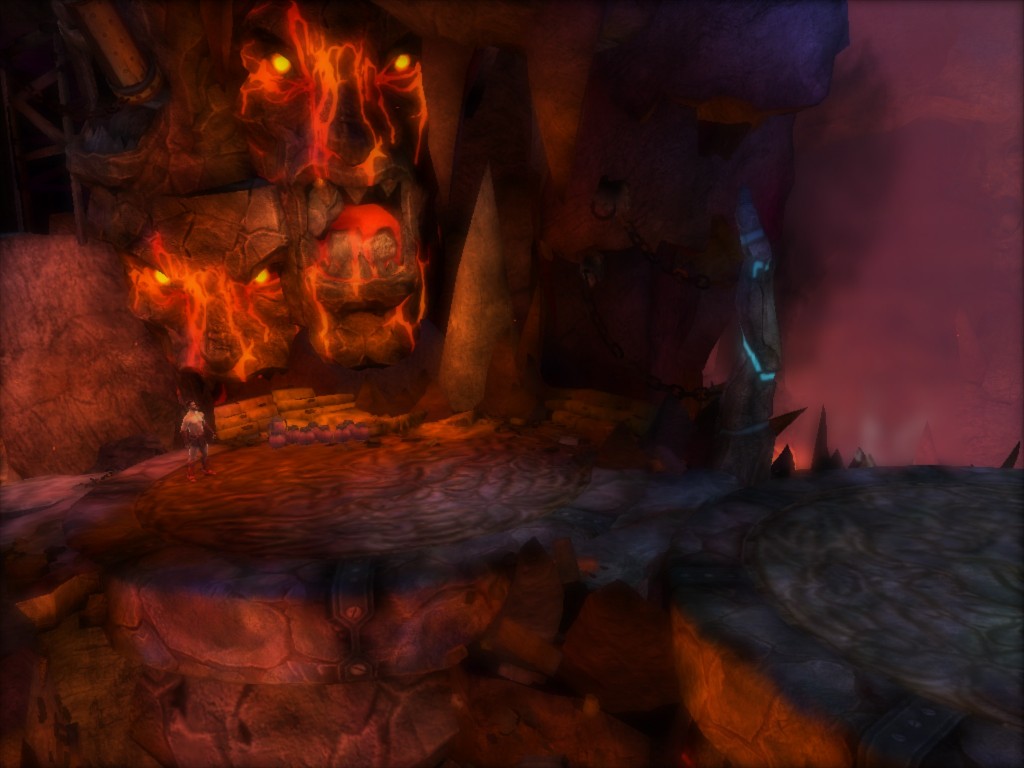 One of the more enticing factors of the game was seeing what the next act was going to look like, and although there are a couple levels that stand out more than the others, it was overall an enjoyable visual experience. A highlight for me, was some of the different actions of Prometheus, specifically during combat. Between the wrath combos, execution moves, and just how each weapon looked performing all of the moves — there’s a lot there to keep you invested in the combat visually. Granted, the enemy movements are not quite as exciting and they never really seem to change from act to act, and Prometheus alone can’t fully make up for this. There is definitely room to improve in this game’s visuals, but the great scenery and other positives can’t be ignored.

The gameplay in Godfire was unfortunately pretty stale for the most part. My biggest dislike about combat was the fact you could never just walk or run around — you had to evade to move. When you were out of combat, you could walk/jog around (although certain areas required you to move slower when navigating, which was odd), but combat was strictly dodge rolls in both regular and boss fights. Some of the boss fights were limited to just a few different spots your character could actually stand because of this mechanic, which made them a lot less intense than they could have been. 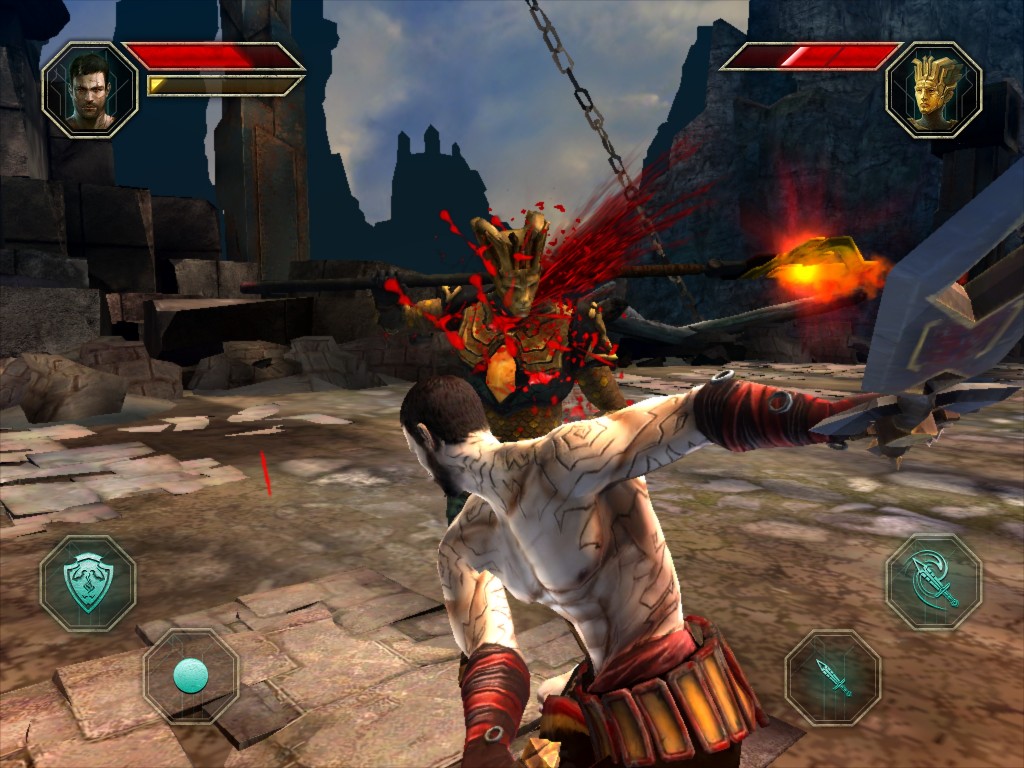 Another thing that makes the gameplay feel stale after a few acts, is the lack of new mechanics. You’re given a light and heavy attack, along with the ability to block and dodge roll — other than that you only have a “wrath” meter which can be used to unleash more powerful attacks. Godfire tries to implement things to change it up, like throwing in executions which take a bit too long for the player to want to do them often. Executions can replenish your health and wrath, so they are actually pretty useful, but they just get too repetitive too fast. There are also a few puzzles in-between groups of enemies, but these are easy enough for anyone to solve in just a few seconds. 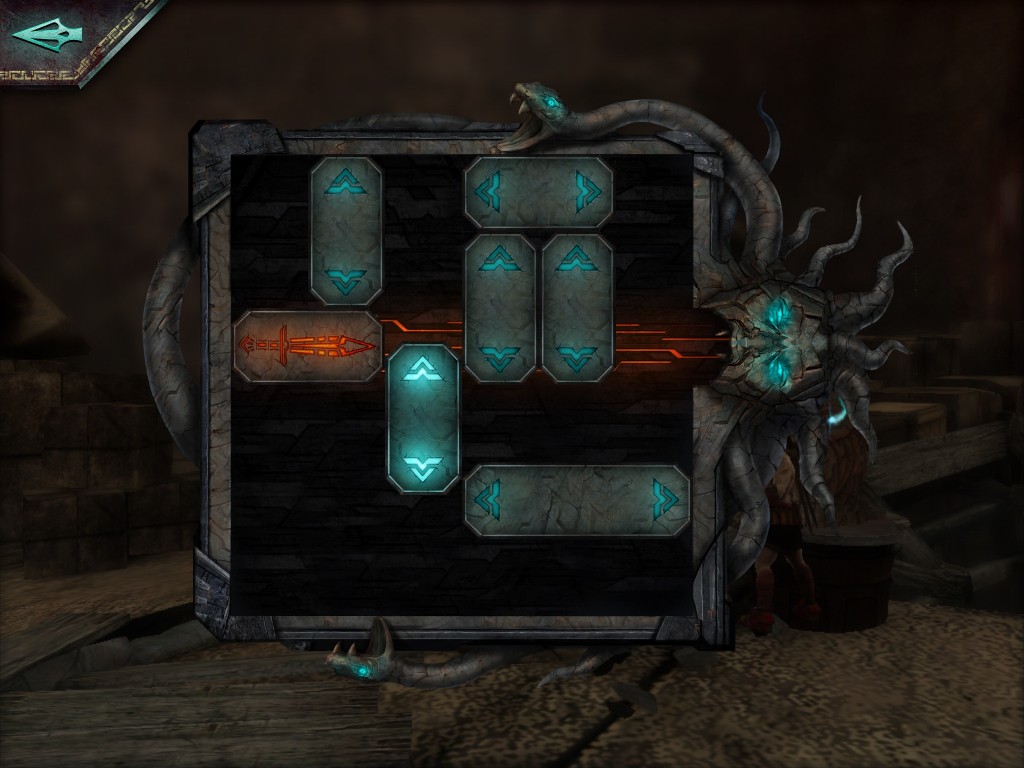 Boss fights are definitely where Rise of Prometheus shines, but as with every gameplay aspect of Godfire, there’s a few flaws. Despite there being 7 Acts, you really only have 3 majorly unique boss encounters. This is a combination of bosses that are re-introduced later on with 1 or 2 new mechanics, as well as bosses that are extremely similar to another boss. Still, these fights can get pretty intense — especially on the harder difficulties which are unlocked by completing the previous difficulty.

Things are pretty easy to navigate, especially when you’re browsing the armory and upgrading your character’s stats. I did have some issues during gameplay where Prometheus didn’t move in the direction I was aiming with the movement stick, even dodge rolling in the opposite direction from time to time. This might have been due to the frame rate lag I touched on in the Visuals section, but at times it felt a little more like it was just buggy. Fortunately, this wasn’t too bad, and I was still able to play the game without ever getting too frustrated with the controls. 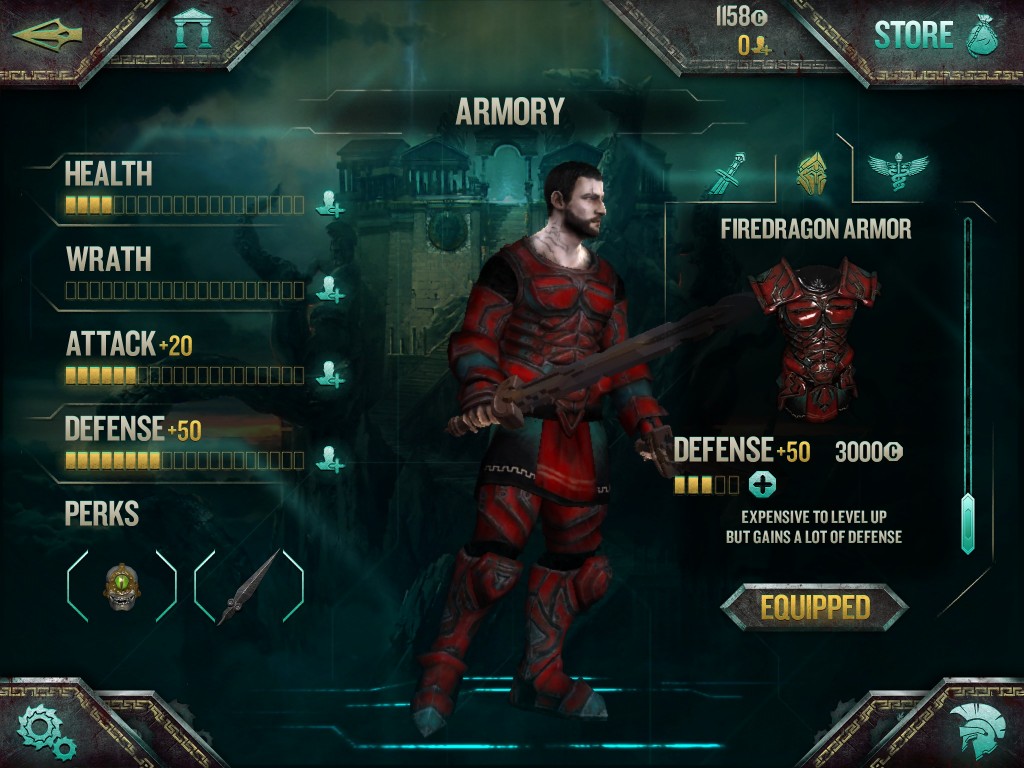 Godfire’s  rather poor gameplay is a bit of a hindrance to it’s replay value, and this is also partially due to the fact that a lot of the replay lies within playing the story over on harder difficulties. If the gameplay was fantastic, this would be a great feature to have, but instead it makes it a lot less enticing to re-play the acts. There is a Survival mode which is a good change of pace, but it’s still the same gameplay you’re used to in the story mode. 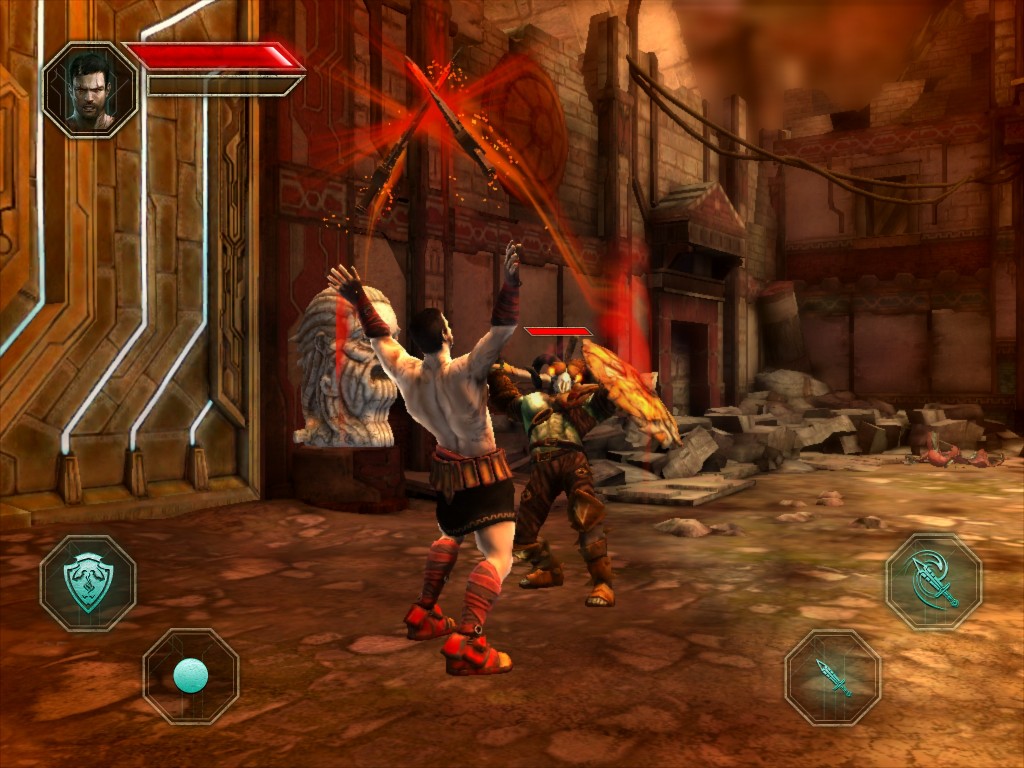 The thing that draws me back to the game, is unlocking new weapons and armor, and upgrading them to get the new visuals for my character. In the first play-through, you can pretty much allocate your stats wherever and make it through without much of a problem, especially if you’re using resurrections (not recommended, you should save your gold). The Hard/Insane difficulties are going to require a little more of a proper build for your character’s stats, if you put a lot of points into Wrath — you better be using it or you’ll have trouble getting through some of the acts.

As much as I wanted Godfire: Rise of Prometheus, to blow me away — it just didn’t happen. I didn’t completely dislike my experience with the game, as I did enjoy getting to see all of the scenery the game had to offer, and unlocking awesome armor and weapons kept my interest for a while. I wish there was another game mode in addition to the story and survival modes; I don’t know if PvP would be the right addition, something more innovative would have been great.

Click here to check out Godfire: Rise of Prometheus on the Apple App Store.

In the end, stale gameplay is the biggest flaw that restricts Godfire from being a standout mobile release. Visuals are able to make things interesting for a while, but the price-tag is a little heavy for that to fully back up a purchase. Those who enjoy the God of War experience should definitely give this one a shot, but it’s definitely not for everyone — especially if you’re looking for innovative combat concepts.