Godus launched on iTunes some  six months ago, but only recently on Android, so now everyone except Windows Phone users get to make up their mind on whether it is a grand game, or not. Here are my considerations.

As you must have already understood from the game’s description, you play as a god for primitive people, and your aim is to help them evolve into a civilization – from beach huts to space exploration.

Now, I haven’t gotten to the space exploration, yet, and I don’t know how many gameplay hours that is going to take me. The point is Godus requires a certain Zen state of mind to enjoy its slow-paced progress. If you are not up for a slo-mo kind of progress, you might get annoyed.

You start off with a detailed tutorial on how to sculpt land, which is going to be your major activity throughout the entire game. The land in Godus, just like in real geology, consists of layers – say, grass, fertile ground, harder layers, maybe coal at some point. So, in Godus, you will be busy sculpting land for your people.

As a result, sculpting is the main mechanics in Godus, and you have to learn how to do it right. Tap and hold to drag inward a chunk of land, and you will delete a piece of it. Tap and hold to drag outwards and you will expand the layer. Exactly, you can only sculpt one layer at a time. Say, you need to make a path for your people to walk over the water, so you start by the lowest layer available to sculpt on, building up layer by layer.

Likewise, if you need to remove a piece of land to make the surface even for construction, you will be removing layer by layer starting from the top.

The catch is the kind of mechanics requires a lot of precision, and even if you zoom in, chances are you will still be tapping a lot on the wrong layers, which ruins the Zen mood. The next thing that ruins the Zen is the grass, which requires Belief to sculpt.

Belief is one of the two in-game currencies, generated by your people when they are happy. It pops up in purple bubbles above their houses, and when you tap on those bubbles to collect, they make a melody, but you have to tap to collect quick enough to play the melody and get a reward for it. Otherwise, you just get the Belief points.

Now, as I said, it takes Belief to sculpt Grass, and when you accidentally tap on grass erasing it, and then re-sculpting it again, spending Belief points twice on the same job, it also gets a bit frustrating. 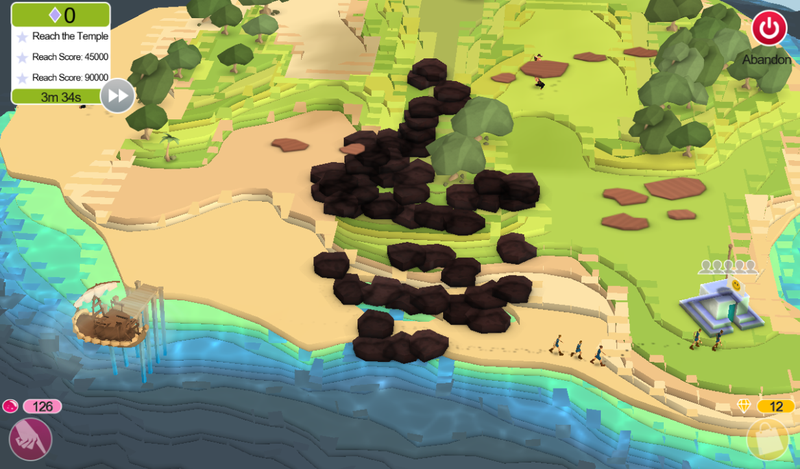 You will eventually sail off to neighboring islands, collecting treasure. It feels like a welcome diversification of the gameplay until you realize what you will be doing in these journeys is more sculpting. Your men land on an island to collect treasure. On some, you have to sculpt a shorter path; on others you have to sculpt a way to avoid Champions – huge guys that look like Cyclops to me, but there is no way of telling since they really look tiny on screen. 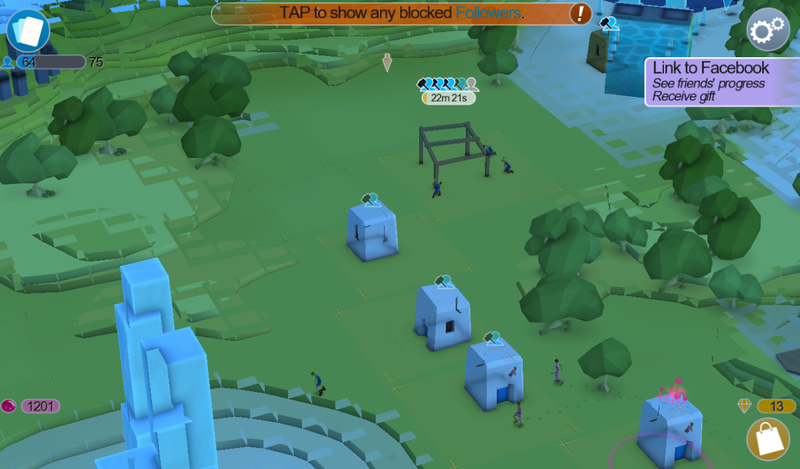 Be prepared the progress in Godus is slow-paced, but enjoyable. My major disappointment was you, as a god, don’t get that much power to do anything at all, but sculpting. Every other godlike ability, like casting rains and lightning, as well as sculpting deeper ground layers, come with Cards.

You unlock Cards as you proceed, and each contains a specific new ability, like working with wood, or mining for ore, or farming. However, you don’t unlock the new ability by unlocking the Card alone. To activate the Card, you need to collect Stickers that activate it. Those can be required in quantities of 2 or 4 per Card, maybe more as the game progresses, I am not sure.

There are Chests scattered all over the promised land of your folk, and you unlock them by sculpting land around them, unlocking more Stickers to go with your Cards.

The thing is this kind of prolonging the progress starts feeling like more of a burden than entertainment. 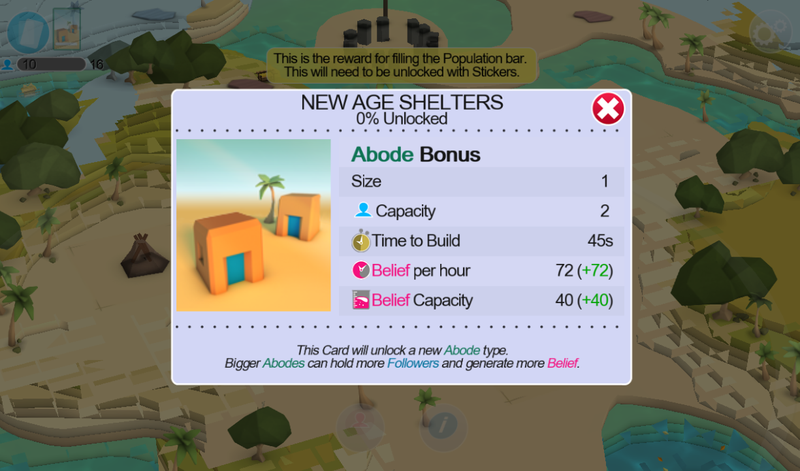 Godus is not blatant with in-app purchases, and you can happily grind for Belief bubbles, coins, Cards and Stickers by simply playing. Or, you can buy gems packs, and those start at $4.99. You can use Gems to speed up things like building, generating Belief and more. 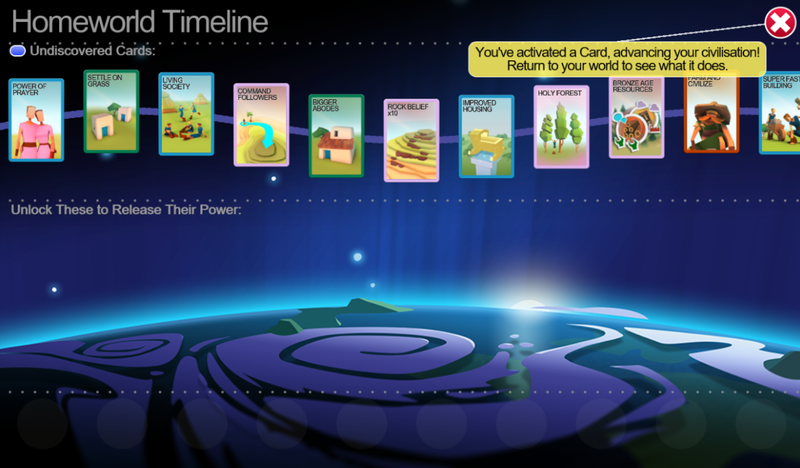 The world of Godus is inhabited by other tribes that are potentially hostile, so you will have to keep an eye on those when they come snooping on your hard working people.

This is how your people are called in the game – Followers. Godus delves into the common human mania of grandeur – everyone wants to be something bigger than just self. Doctors believe they are gods; scientists know they are gods; the world’s elite are sure they are gods. Mobile gamers, or gamers generally, pretend to be superheroes, commandos, celebrities, mayors and pilots in games, or as is the case with Godus – gods. Thus, everyday Twitter followers become, if only for a while, gods of tiny pink people who willingly become their avid followers.

Followers seem to be very nice, hard-working fellas, peaceful and jolly, but a little dumb. For one, I can not explain why would they dumbly walk into a Cyclop when they see him crashing the skulls of their team mates? They act like sheep, indeed. 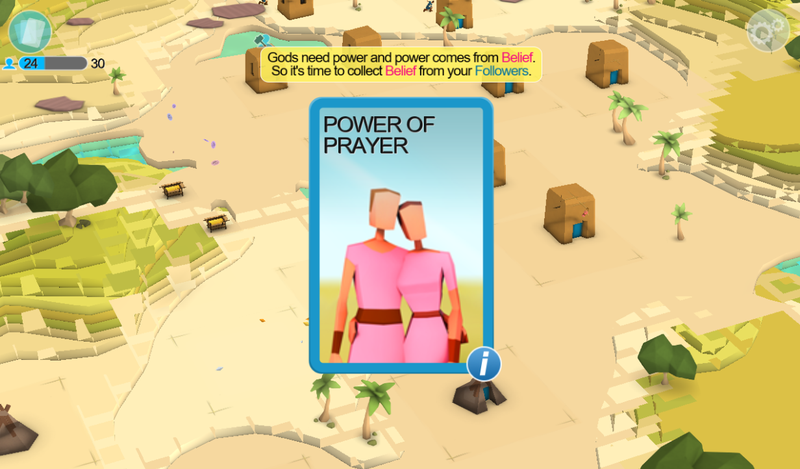 Godus is plain beautiful, and everything from water to the grass, the sand and the ground levels are beautiful. The art style is not overly detailed, in a way that your followers are mere sketches without eyes and mouths, but you can occasionally hear them singing, birds chirping, waves splashing, tree leaves rustling with the wind. Purple Belief bubbles, as I said, make a wondrous subtle tune, which adds to the overall atmosphere of peace. As far as I read, iOS users did not experience the performance problems as much as Android users do now. I ran into those, too. For one, the game takes ages to load, and tends to either lose connection, or authenticate you way too often than any other game. It kept crashing on one of my devices altogether.

Another glitch that I came across was in the exploration trip, where three or four islands in a row were identical, with identical champions in the same spots, and exactly the same challenge of building up a path for the folks to get to the treasure without walking past the champions. 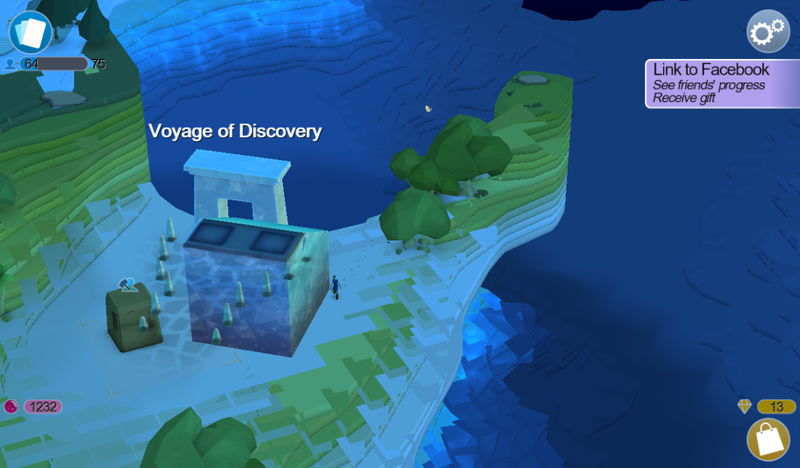 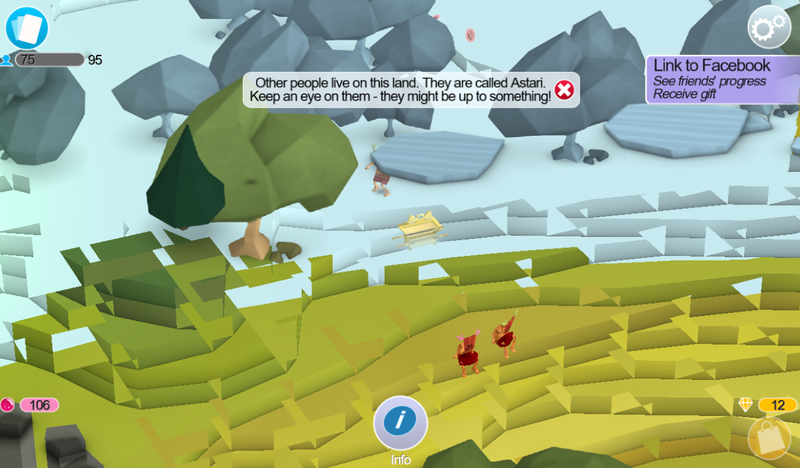 At some point, I caught myself thinking – is it possible not to screw up the civilization, and help it evolve the peaceful way? I am still not sure, but at some point you will unlock the ability to set the Commandments, which are diverse, but define the course your civilization takes in the development. For example, you can choose for your people to have a gender labor division, which defines whether it is going to be a patriarchal society (where men work, women tend to children), or matriarchal (where women work, and men raise children and mind the housework). It is from that point that the game’s development has a potential to develop into something truly immersive, but you have to have patience to get there. If you don’t, you might get bored with the repetitiveness of sculpting, limited by your own scarce godlike abilities. 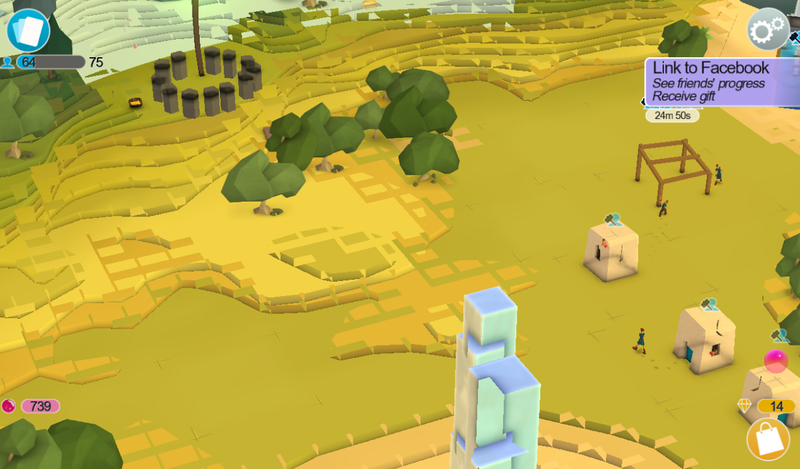