Godzilla is walking the planet leaving no escape ways, and if you managed to avoid watching the movie, you will most likely play the game, which quite a short, yet impressive movie tie-in. In fact, the movie is monstrously successful with Box Office reporting Godzilla earned $93,205,000 during the opening week in the U.S. alone, so we’re looking at a sequel from the Legendary Pictures in about a year.

As for the game, it’s not quite what you would expect it to be – it’s short, unnerving at times, but it sure is worth playing for a unique, ingeniously created atmosphere and some challenging action. Warner Bros most likely though of a movie tie-in game one week before the movie release for the game gives an impression it was put together in a rush, nevertheless, it’s a talented title. 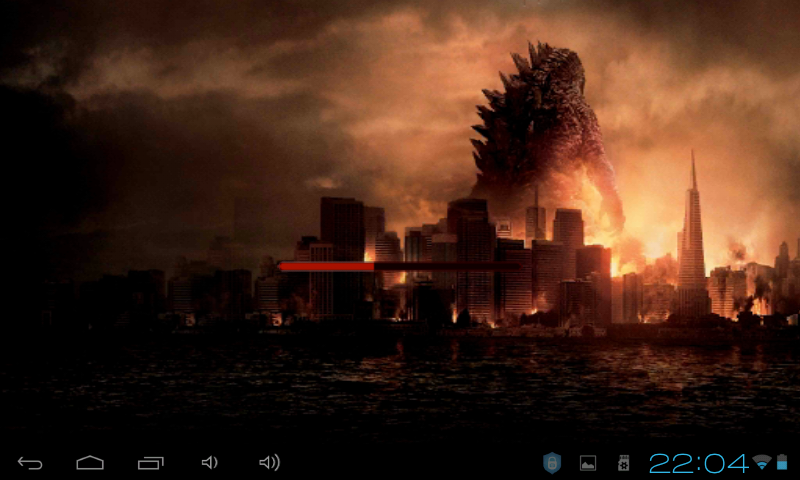 Godzilla: Strike Zone offers three missions – Halo Jump, Ground Rescue and Ono the Rooftops, and you are sure to enjoy it if you are lucky enough to make it through the Halo Jump. Time and time again I am disappointed with tilt controls in Android games, and when developers leave us no choice but to lose the nerve fighting the awkward gyro, there is nothing left but complaining. 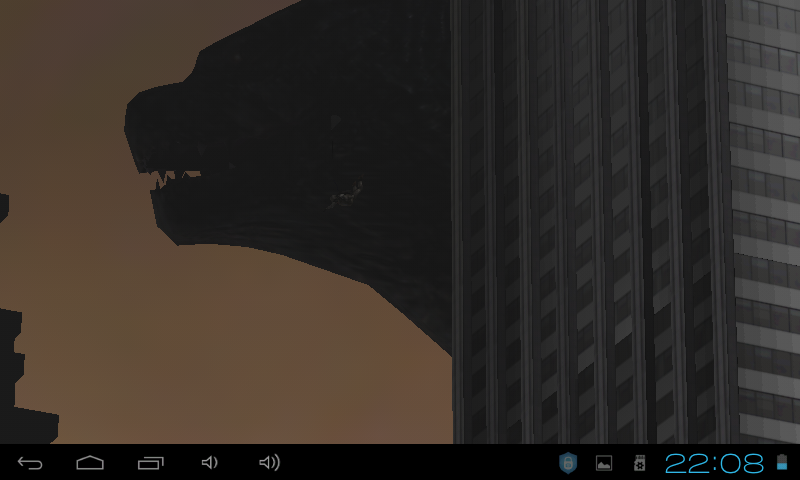 The Graphics and Sound

The Halo Jump is a graphically impressive level where you have to navigate among your fellow spec ops as you enjoy the free fall into the exploding abyss. The creepy music and awesome graphic rendition create a great atmospheric experience that will immerse you completely.

You have to take care not to bump into your friends because one hit and you’re dead. If free fall is relatively painless, guiding yourself in between the skyscrapers as you open the parachute is a total despair. I lost count of how many times I tried maneuvering in between the buildings, and not once has the game offered a tip or a walkaround other than “Avoid hitting the structures.”

Truth be told, I was ready to give up on it after about 30 minutes of fruitless attempts, while it took me 2 minutes to make it through the first mission in a web version. My verdict is – tilt control is a great evil. 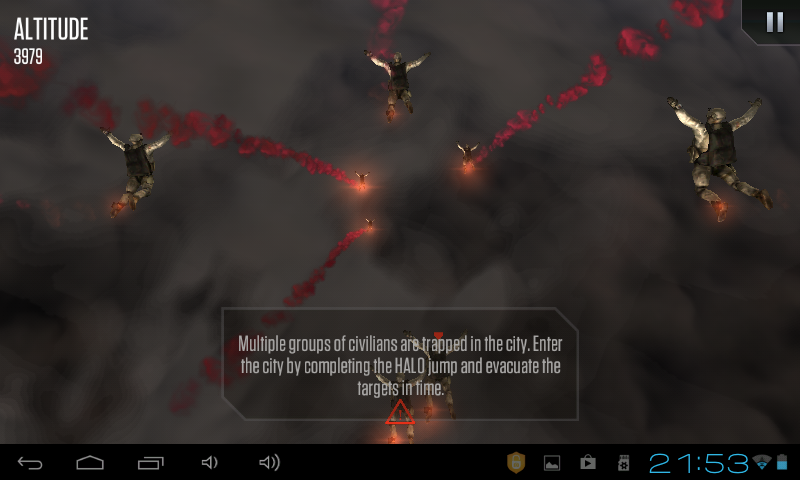 Mission Halo Jump tip – you have to make it through the hole in the skyscraper. 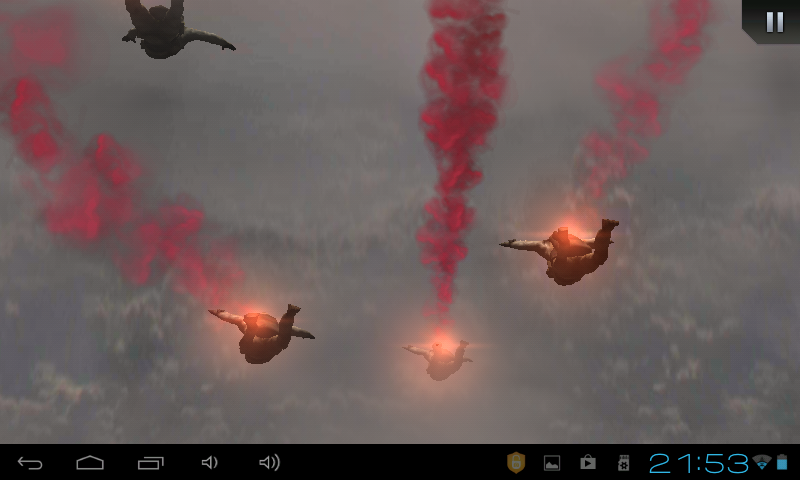 The second mission, Ground Rescue takes you to the first person position, where you need to get used to navigation, or its absence. The little yellow arrow points the direction you should move, and you can interact with objects by shooting at them. Other than that, you are all by yourself. My guess is pick up and play savvy players will find their way around the second mission faster than the newbies, for the lack of guidance may leave you wandering around the crumbled city with no aim whatsoever. Again, you need to get used to the controls here, so take your time with patience, especially when you need to jump. The mission isn’t far too long and you might have to restart one or two times, but the biggest challenge here is to understand what to do.
The third mission is disappointingly similar to the second, especially considering there are three levels only. You get some more jumping challenges, though. 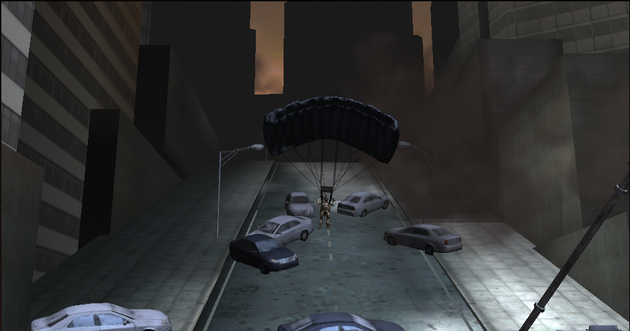 The one area where Godzilla: Strike Zone excels is the atmosphere – perfectly dark, sinister and intense, capturing the movie’s spectacular visuals, especially during the Halo Jump. You will see Godzilla on a few occasions, but the first person view requires a lot of effort to look up and around, which you don’t want to do when you have to run, and this is where the gameplay gets increasingly immersive.

The sound score and music complement the impressive graphics and make up for some of the game’s flaws. 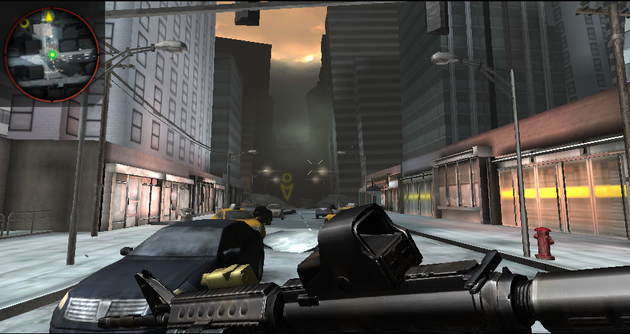 Godzilla: Strike Zone will be a total delight when/if Warner Bros fix a few controls issues and add a decent amount of missions. Until then, we have an awesome, but very brief game with a few impressive moments and a highly immersive atmosphere. So, plug in your headphones and dive into the creepy world of total destruction, free fall and loss of orientation. The game is fun and beautiful, but don’t expect too much of it for now; take it as a movie demo.