It has finally arrived! The long awaited mobile game from Avenged Sevenfold has been released and is now available on the app stores. Since I’ve been following this game for over a year now, it was the first thing I wanted to play from the batch of new games this week. Being a fan of the band is another big reason, but I’ve been really excited to see how this game plays. It has been hyped up as being not-so-easy, and a difficult Action RPG is something I’ve really been waiting for.

A little piece of heaven, especially for fans

One of the things I look at closely in any game, is the amount of visual variety it has to offer. Hail to the King: Deathbat, delivers on this accord, quite well in-fact. There are eight uniquely designed levels, each with new enemies and bosses to defeat. Although some levels will use the same structures and tiles from time to time, there’s still a huge difference between every single level in the game, and it’s really fun to see what you’ll discover next.

With all that being said, these are not top notch graphics by any means, but at the same time — this is meant to feel a bit more retro. I wouldn’t say the quality is bad, just not supreme. There are some things, like your standard attack animation and how you don’t really feel the hits in combat, which I didn’t like. However, the it was really one of the more intriguing visual experiences I’ve had with a mobile game in quite some time. 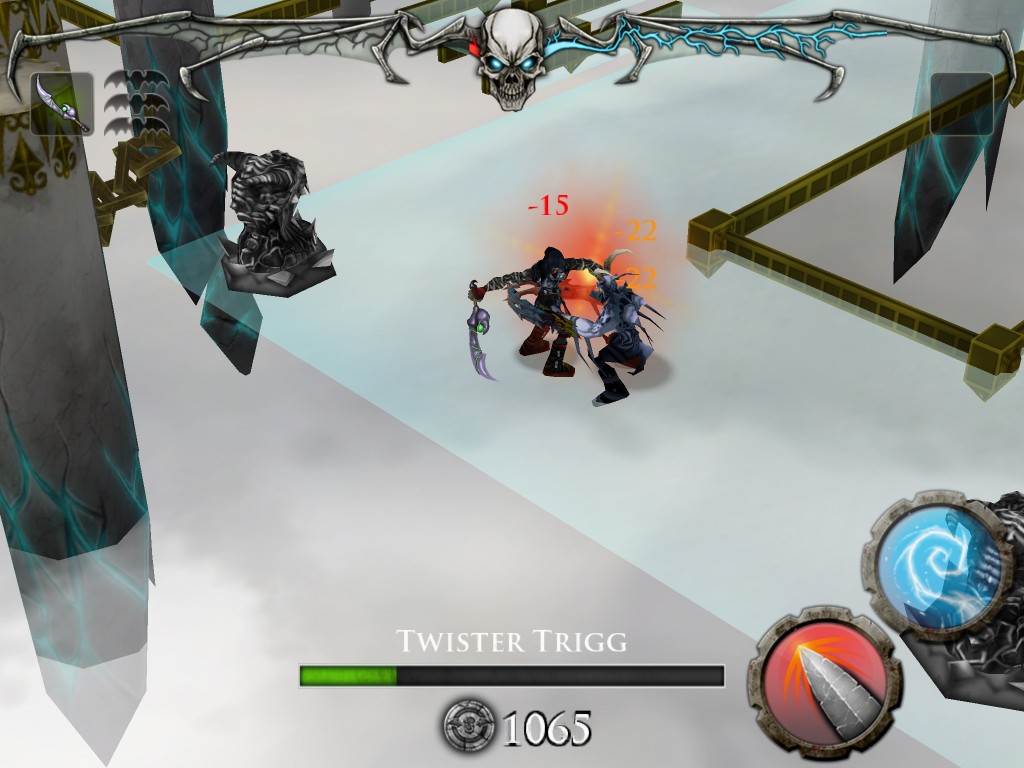 One thing I need to point out (and it should come as no surprise), is that the soundtrack is absolutely phenomenal in this game. You get a solid mix of killer electronic tracks composed by the band specifically for the game, and then several instrumental tracks of the band’s music during boss fights. This is a game that you’re going to want to crank up the sound for, or use headphones if at all possible. Obviously, this goes ‘sevenfold’ for fans, pun intended.

Not your average Action RPG

So let’s just get this out of the way, the general combat isn’t extremely engaging, and can be very stiff at times. That being said, the level exploration, mini obstacle courses, and some of the boss fights are more than enough to make up for it. One thing that pleased me the most about Deathbat, is that it wasn’t very linear at all. I’ve played so many Action RPGs where you simply follow the path and use your abilities along the way, but that’s simply not the case with this one. And now, I’m going to go on a mini-rant.

I’ve seen quite a few people (who admit they’ve only played the game for 10 minutes), who say it’s a 1 star game because of either the combat, or the graphics. To anyone who believes this is a one star game, that is a completely asinine opinion. There are some really terrible games on the mobile market — especially in this genre, and now we finally get something refreshing but some write it off for the worst reasons. Fortunately, it seems to be doing quite well on the app stores according to the average review ratings. OK, rant over.

Whether you’re flipping lever across the map, or following a series of numbered door keys, there’s always something that requires you to explore before progressing through a level. Later on, it becomes even more challenging to simply explore, as the floor traps and swinging cleavers show up a lot more frequently. This is a game that is going to punish you for trying to go too fast, so you’re better off taking your time and mitigating as much damage as possible.

Unless you’re somehow able to finish this game without ever dying or stopping to buy potions, the campaign is going to offer about 8 – 12 hours of unique progression gameplay. That’s another thing you really don’t see today, normally you’ll get an hour or two of actual unique gameplay, and then just repeat that on increased difficulty. Hail to the King: Deathbat, offers the difficult replay as well, via Nightmare mode which becomes available upon completion of the regular mode. If you’re looking for a true challenge, it’s Nightmare mode. 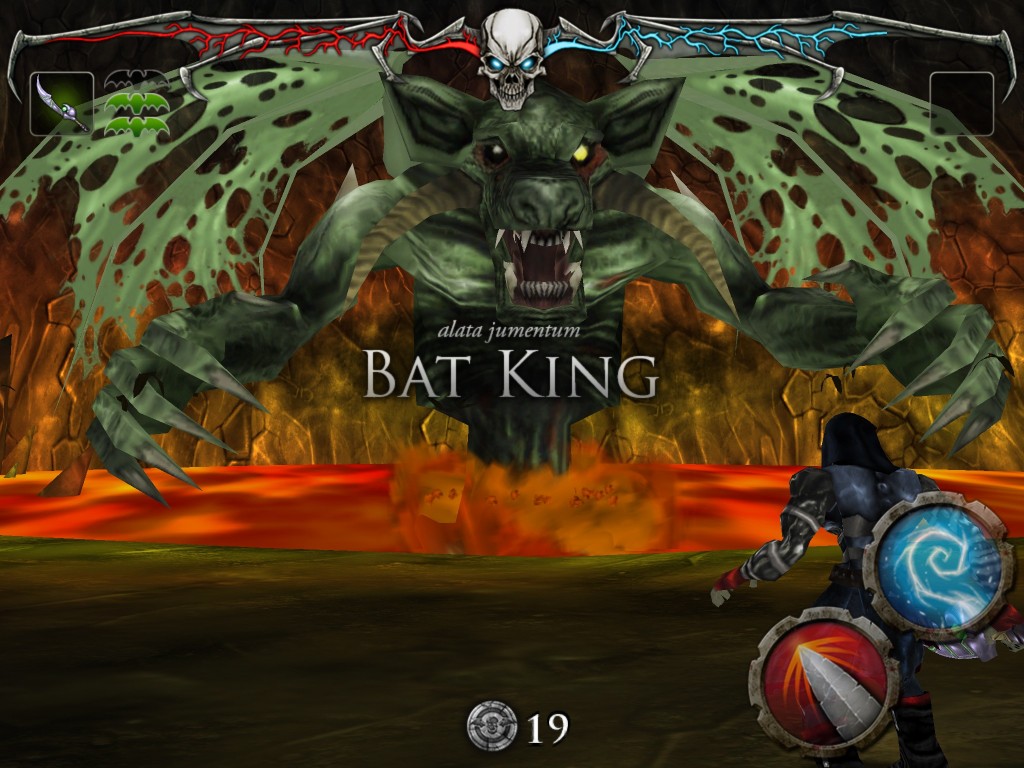 I really enjoyed how each boss usually had a unique mechanic you needed to figure out, otherwise it is next to impossible to survive. Although, if you take time to farm coins on previous levels or bonus stages, you can go in fully stocked up on potions to give yourself really good odds. As for the items in the game as a whole, there really isn’t a whole lot to talk about, which again is refreshing compared to most Action RPGs where you come out of every level with 10 new pieces of gear to manage.

There are a handful of weapons you can purchase from the shop, as well as four upgrades to your health and magic capacity (they start at 100, can increase by 25 for 250 coins). You can also carry up to five of each potion, which includes health, magic, and elixir (both), as well as in small and large sizes. You’re also able to purchase additional lives to add to your maximum, and a shield bubble that makes you immune to damage temporarily. Other than that, it’s really all about how you play the game.

Hail to the King: Deathbat, is quite refreshing, and offers just a tad bit of nostalgia to anyone who has played a retro RPG/Adventure game. It slightly mimics phenomenal games from the past, such as Zelda and Gauntlet, but is still a very unique experience. Although the combat mechanics may be a bit lacking, the overall experience was challenging, and it is certainly not just a simple hack and slash adventure.

Let us know what you think of Hail to the King: Deathbat, in the comments section below!