Heavenstrike Rivals is one of the recent entries from the legendary Final Fantasy’s developer Square Enix. Fans of the Japanese RPG, anime, steampunk, tactical combat, card collecting and card battling games – this game is right down your alley. Gorgeous sharp looks, fully animated characters, an intimidating load of content, unapologetic PvP and Arena battles and a comprehensive single player campaign with a good story make this freemium entry a time-consuming, but worthwhile experience. It does have a few flaws, but they don’t affect it so much as to quit playing.

Heavenstrike Rivals has a decent story and some unique characters with personalities you will grow accustomed to as you play. The story goes about an aerial kingdom ravaged by the fallen, or simply put, all sorts of otherworldly monsters. You are a young captain joining the forces of the kingdom to fight their foes. Right from the start, you meet some pretty nice characters who introduce you to the game mechanics, rules and inventory.

This introduction is enough to get you going, but depending on how familiar you are with heavyweight in terms of content RPG, you might get overwhelmed by the amount of inventory you need to manage. Understand each character’s skills and powers, remember how they work when combined, remember to switch characters, remember when to use captain’s skills, when to switch lanes, when to save some mana and summon weaker characters, and when to deploy strong ones, or how to preserve the strong ones while they gain their otherwise potential powers.

The game is a bit intimidating content-wise, but you only want to sort it out better instead of giving up. 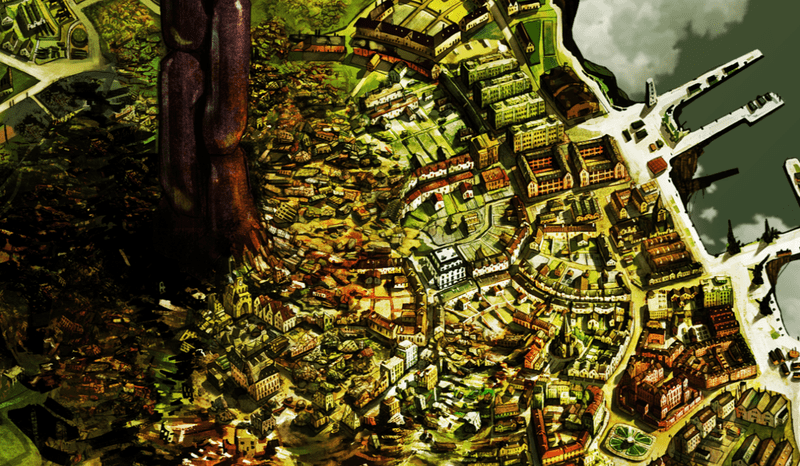 After the introduction is over, you need to pick up a captain from a list of a dozen characters. Choose carefully because there does not seem to be a way to change the captain later in the game. I suspect if that is your case, you would have to delete app data and start over again, which is a pity, of course.

Next, you start with initial missions, after which you unlock characters for your squad. There are over 200 of them, each with awesome unique looks, skills, powers and upgrades. Some are common, others uncommon, others are legendary. If you get lucky, you get some of the uncommon right from the start.

Next on your list is to choose a vanguard, a powerful character that would be on the front line. It is important you choose a powerful card to be your vanguard. Also, you need a couple of healers in your deck. As you might have guessed, despite the huge number of characters in the game, their classes may be simplified into the traditional mage, warrior, healer triad, but extended. That said, the characters are really neat and fun to play with, as well as read their dialog. 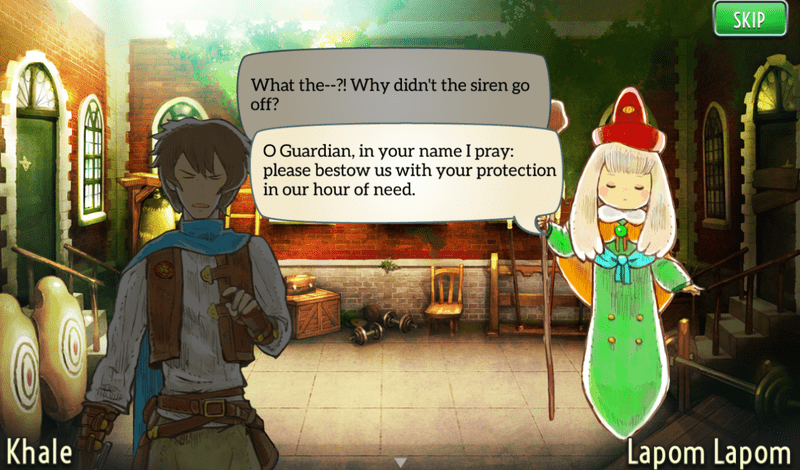 Now, to the gameplay part. You and your opponent stand on the opposite sides of a three lane grid. You do not move along the grid, but the characters in your deck do. Each character has their own abilities, so they all move differently, but in a linear way – only forward in their own lanes. Once they meet your opponent’s minions, they start fighting – turn-based, of course. When it is your turn, all your characters make their moves according to their own individual schemes. Then, it is your opponent’s turn to move.

You need to have your folks reach your opponent before his folks reach you and deal you damage. Keep summoning your characters to block them access to you. Sooner or later, you will figure out how each character in your deck acts – some accumulate strike power as they advance, other heal, the weaker ones may serve as a last resort to protect you. Anyway, it is a tactical role playing game with 200+ animated characters, a huge deal of upgrades and evolution, so sorting that out is a part of the gameplay, too. 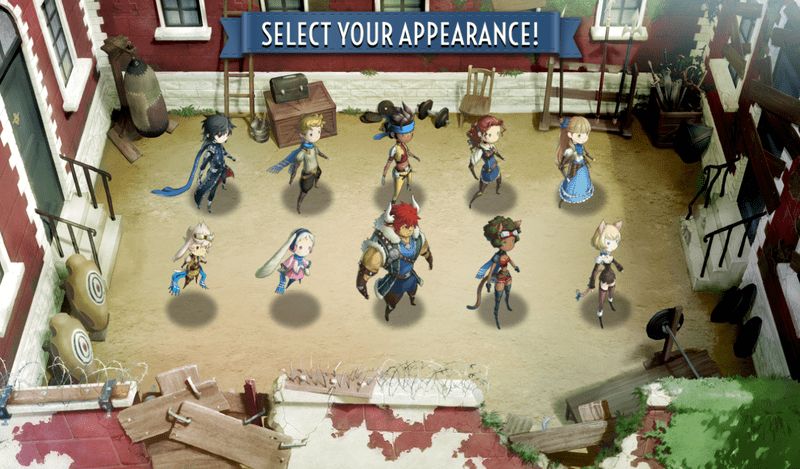 After each battle, your characters level up; you unlock a new character, or get a bonus of sorts. You need to sort out the Menu to be able to manage your team and inventory, too. Otherwise, the goodies you unlock will remain idle in your inventory.

Even though the single player campaign is immense and gorgeous, Heavenstrike Rivals (what a great title for a game, don’t you think?) is clearly focused on multiplayer. With global leaderboard, arena and PvP, you are sure to put your deck against the other players.

On the flip side, take PvPs one step at a time because some elements of the multiplayer mode are not as balanced as you would want them to be. More often than not, you end up in a draw when you thought you’d win. On other occasions, a few innocent wins will put you against much stronger rivals with legendary and rare decks you can not compete against. 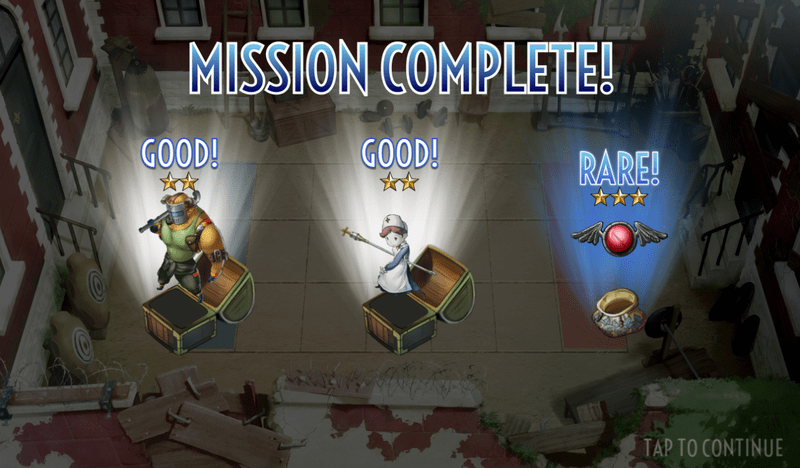 Also, the game requires constant Internet connection, which immediately disqualifies it for those who don’t want to tap into their plan for the sake of gaming. Hence, commuters need to take that into account.

Another nag is the 60 seconds timer to make a move in PvP. It may not be annoying during some battles, but during others it is due to the loading times, which may play against you.

Now, I have not inspected this problem myself, but some users report there is no cloud backup, even when you register. Hence, if you lose your progress locally, you lose it for real.

Other than a somewhat imbalanced PvP, there is nothing I can point a finger at in terms of performance. 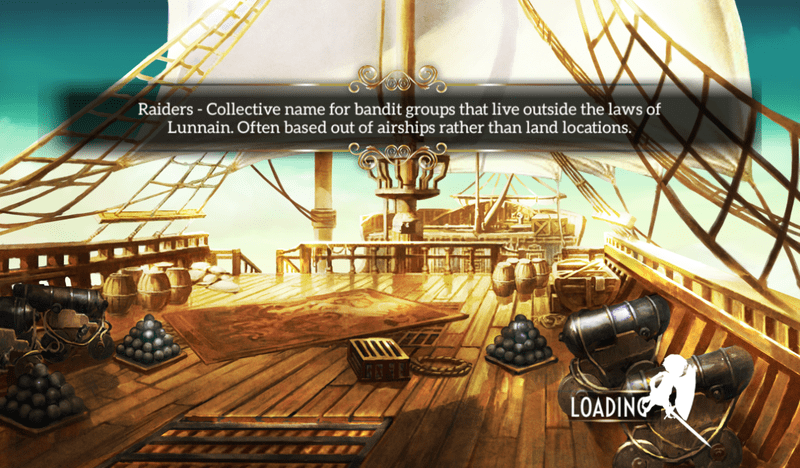 A game coming from Square Enix, with a Final Fantasy designer Ryoma Ito and composer Ryo Yamazaki, the game is predictably gorgeous. Sharp looks, beautiful colors, a peculiar anime flair to everything, as well as a million of tiny details, which make it a deep, thorough and A-lister entry.

Over time, you will grow to enjoy the dialog and the story, finding your favorite characters, each with their unique personality, sense of humor and looks. The environments are amazing and the map itself looks like something you might hang on a wall.

The orchestral soundtrack is epic and consistent throughout the gameplay, accompanying every action. That said, the constantly repetitive, generic “Ah!” from your characters as they attack may become somewhat annoying, making one wish to mute the sound altogether. This is especially true if you play for more than ten minutes in a go.

Overall, Heavenstrike Rivals is the real deal – a big fish from a big name that may someday make it to the consoles, and it looks dazzling. 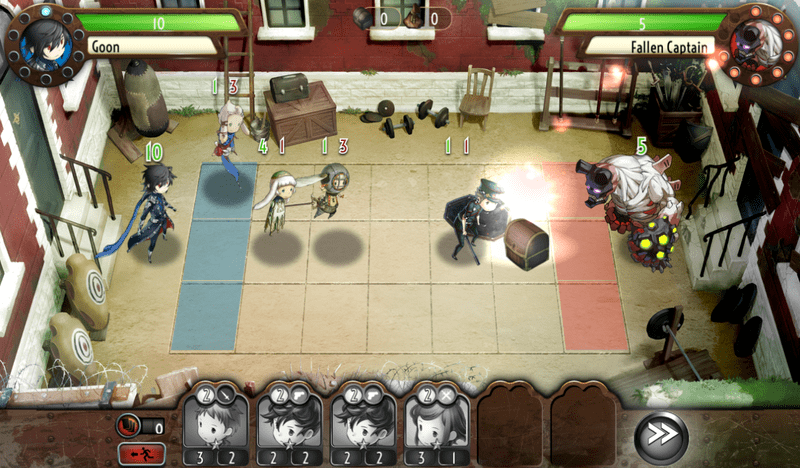 Being a freemium title, Heavenstrike Rivals imposes some restrictions on how you can play without paying. These are in-game currencies, which are hard to come by, and resources and mana stock. The latter are limited, and provided you have 27 resources when you log in, and accessing a battle may cost you 4, sooner rather than later you face the waiting timer to restore your forces and mana. Of course, you can buy packs of Cores, a currency used to recruit characters, but unfortunately, the bundles are pretty expensive for what you get for them. Even so, there is nothing you can blame on the developer – a freemium model needs to pay off.

On the flip side, if you play in brief game sessions, you will most likely not notice those restrictions.

One more thing worth mentioning here is the system seems to have separate mana and resource counters for single and multiplayer modes, which is very nice.

Navigating menus and deploying units is a bliss, if we count out the waiting timers. The only issue I am having with controls is figuring out how to place a unit on the lane I wish to place it on. The UI always seems to highlight a line above the one I intend to use. Once placed, the unit cannot be moved, if you have mistaken the lanes. There is no undo button, so aim carefully. 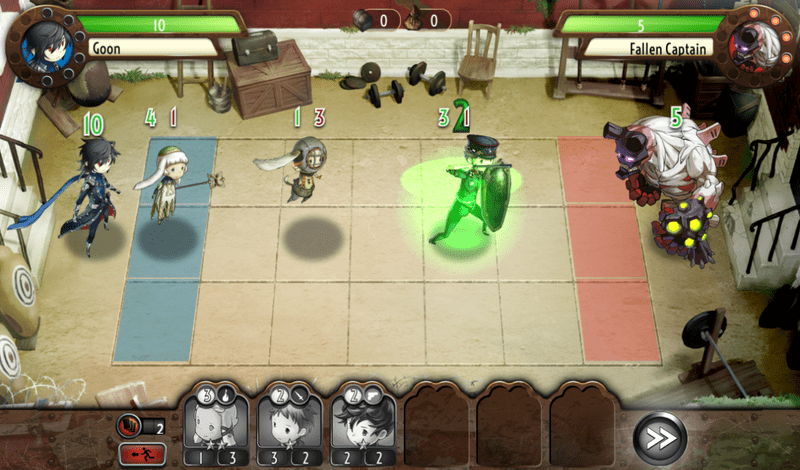 With the deep tactical essence, loads of content, 200+ gorgeous fully animated units, quick battles, single and multiplayer modes, an interesting story to follow, Heavenstrike Rivals is an RPG that instantly becomes a resident go-to game on your device. How you take it – with or without IAPs, slowly grinding, or quickly paying – is up to you, but you are sure to get hooked for a long while. 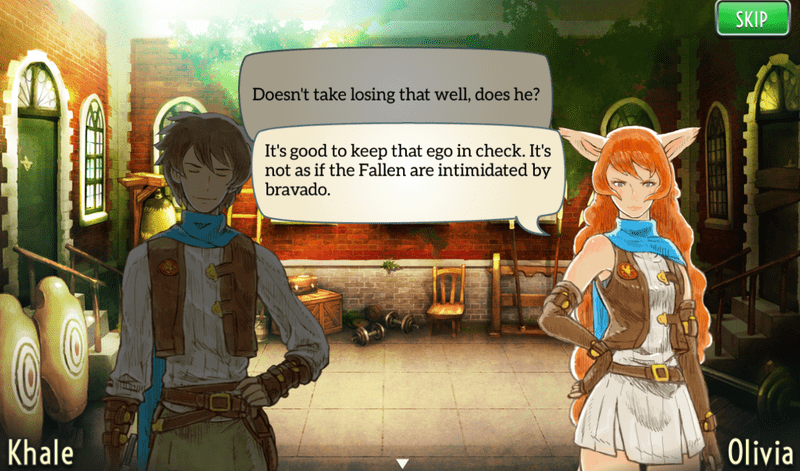 HEAVENSTRIKE RIVALS is a stellar entry from Square Enix – gorgeous design, great soundtrack, amazing character models and environments, quick battles, single and PvP, global leaderboard and an intimidating load of content. The gameplay is pure fun and dangerously addicting for the fans of the RPGs. It may have a few technicalities that need to be addresses, like the PvP balancing and hopefully the loading times, but overall, the game is a success. Definitely, one of the best freemium RPGs released this year. Get it. 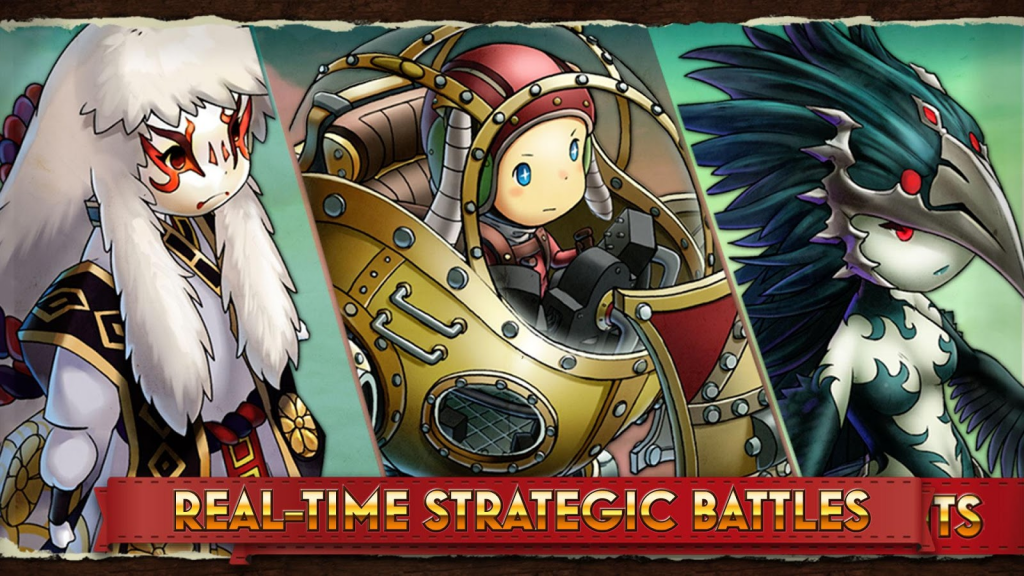