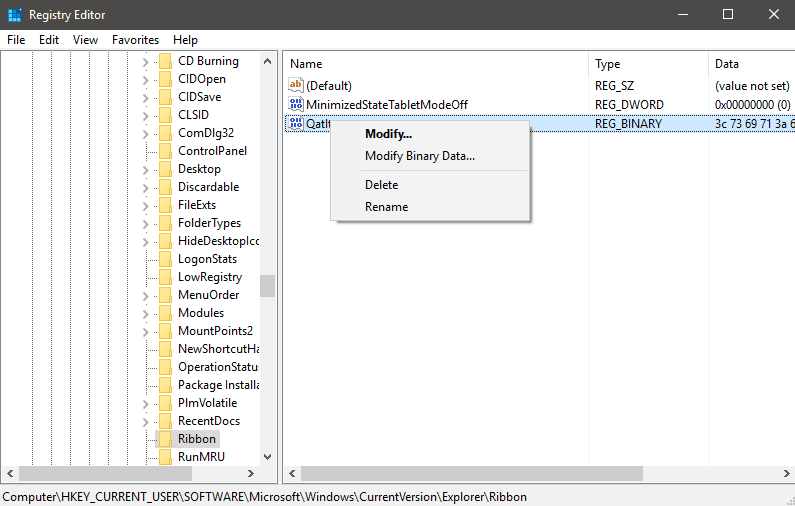 Heavy Metal Thunder is a grim space adventure gamebook for those of you who still stick with Out There! It is different, though, and I am going to be giving a few spoilers, but the two major points that I want to make here are:

Cubus Games is a relative newcomer to the market, and if I am not mistaken Heavy Metal Thunder is their first interactive gamebook. Also, I haven’t read anything by Kyle B. Stiff before, and even though he is not the next Stanisław Lem, I was able to drift away from scrutinizing the writing style, and dive head over heels into the gameplay, which, in my humble opinion, means the writer succeeded.

I read some of the reviews, which tend to be pretty desperate claiming you will be dying a lot. In my own experience, I was able to make it through the first chapter without dying. Maybe this is the reason I am so deeply hooked and pleased with the gameplay. 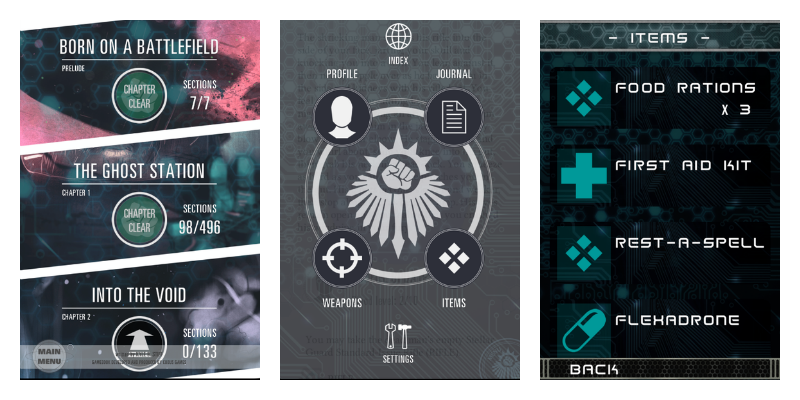 It’s a book, ok? It means you have to read, pay attention to what it tells you, and make decisions based on what you’ve read. It has a lot of words, sentences, paragraphs, descriptions, and all that load translates in a hefty deal of pages. Don’t tell me I didn’t warn you about it.

Truth be told, when I was playing the Prologue, I felt a bit wary if Heavy Metal Thunder can be any fun with that much reading, but being an avid reader I quickly overcame that hesitation, and before I knew it, I didn’t even realize I was reading because the game feels like you are watching and directing your own sci-fi movie.

So, you read a lot, and turn pages a lot. Occasionally, you will see an illustration of something, but that happens less than I’d want. What makes reading interactive is a frequent choice you have to make, and it’s not only the direction you choose to move, the door to open, or an item to pick.

Sticking to the core RPG, the gamebook spices the experience by a thought-through system of skills, points and longevity. It is up to you which of your abilities you evolve whenever you get a chance, and it is a delight to see how smart those decisions of yours are reflected in the upcoming scenes, when you will know for sure if you’ve chosen the right skill, or not.

The trick is you never know what item, or skill you might need in the future, so you play by hunch. Notably, there is even a sixth sense skill you can choose, which is nothing short of useful under the circumstance.

Since it’s a gamebook, there is a very solid story here, and even though it embraces all the predictable ingredients of drama and sci-fi genre, it uses them pretty well. Many elements kept reminding me about different movies I’ve watched. You have alien invaders, human race extinction, fight for survival against the invaders and against one another, a protagonist with amnesia, a good doctor offering a vitamin shot that ends up being a lethal weapon, tech scavengers disassembling spaceships for scrap, and a whole arsenal of space gizmo. There are even hungry dogs scavenging on dead bodies and hunting down the survivors.

The premise is humans suck. We’ve conquered the space, got incredibly rich (well, at least those who were incredibly rich before space expansion) and then a superior species attacked Earth leaving no two stones in no building standing straight. Humans have lost every single battle but one minor, when they captured an alien ship, reverse-engineered it and used the technology to build a space station, where the last of humans hid.

You Are A Psycho

Humans also created a special military organization called Black Lance Legion, which specialized in space combat against aliens, and trained people into death machines in special space suits that enabled them autonomous short-range space travel. So, our hero here, Mr. Wiggles serial number 13, is an unlikely hero all things considered. He has amnesia, and lost all his skills but reflexes. He has these psychotic fits of aggression, but if you distribute skills and choose items wisely, you discover he is actually very much like you.

The point is, based on the abilities you develop, and you choose them according to your own judgment, Mr. Wiggles acts as you probably would have under the circumstances. I found this detail very exciting, but you have to advance deeper in the game to notice it.

The replay value here is huge. The game consists of five chapters, with Chapter 1 being 496 section, Chapter 2 – 133 sections, and so on. You don’t explore all sections in a go, since you only explore those that follow the line of your choice, leaving the rest behind. Chances are, if you die you will choose a different route at some point. There are checkpoints you can return to if you die, or if you feel you are about to die.

Also, there is a promise of the second book, which is great.

I would not recommend you play it on the go – it requires focus. It is also virtually impossible you finish it in a single session. Chapter One took me about two hours with short pauses to think and have a cup of coffee. Since the story is engrossing, it will keep you pushing further, or exploring alternative options if you fail.

Overall, I can’t even describe what a titanic job has been done knitting all the options and alternatives in this book – it’s great.

Tips and Tricks for the First Chapter

I don’t think these are going to spoil the fun, so just sharing some of the tips that got me through the first chapter:

Overall, UI is clean and very sci-fi; the only thing I didn’t find immediately was how to use that medical kit to add me some blood. There is a Menu button on every page, so head there and study the items – everything is straightforward.

The artwork is unique, indeed, but it’s not my favorite part in HMT. For one, there are too little illustrations, and I’d want more of them. Also, the pictures look like an exhibition of modern art and abstractionism, and being a Renaissance art devotee, I just don’t get the knack of dogs looking like mad horses, and men looking like the worst of Dali’s drug-induced creations.

On the other hand, the peculiar art style helps create the atmosphere of rot and decay everywhere.

The sound score is amazing; it helps you focus and immerse yourself into the gameplay, but it sure is depressing. Not catchy, though. 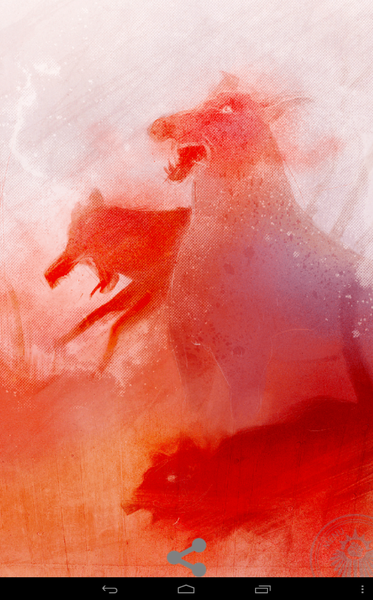 Heavy Metal Thunder gamebook is a great entry in the interactive books niche, and maybe it does not set the benchmark, it sure is a superb, complex net of a gripping story and your personal input that translate into a highly engrossing doomsday adventure. The hero is far from being perfect, which makes his weaknesses and freak spots even more engaging on a personal level. An interesting read, it will still disappoint those who want a lot of visuals and a little reading in their games, though, so read game reviews before you buy them!