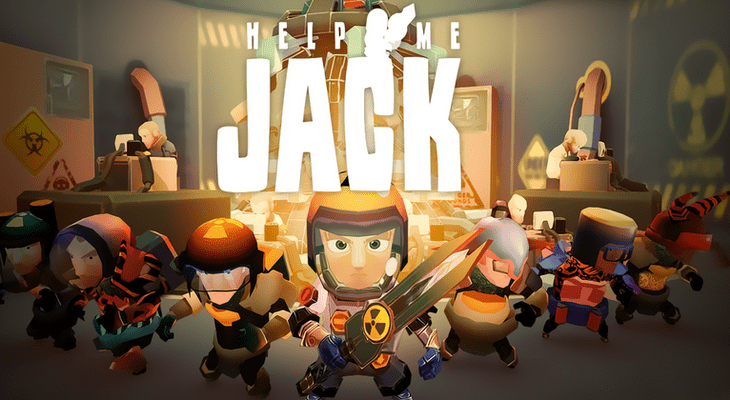 You run through the hellish maze of post-nuclear blast city – deserted, dusty, burning and ominously void. Desperately, you are looking around to see if you are the only survivor, or if there is someone else you can rescue. You see a puppy lying on its side – it is alive and looks like it needs help. A ray of hope makes you run faster, but a few moments before you reach the poor creature, it starts mutating, and before you manage to stop your dash towards it, the cute wounded puppy turns into a toxic monstrosity and charges at you…

This particularly heart-pumping scene made my youngest niece shriek and close her eyes. Help Me Jack does have its moments. 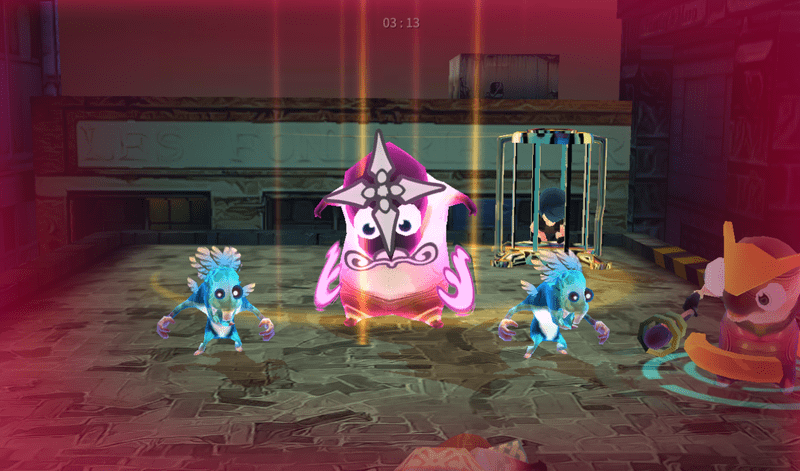 The story starts with an accident at a nuclear plant – the reactor explodes, and the imminent catastrophe is unraveling in front of you. As the world collapses around you, you meet Jack, the nuclear plant’s security manager. Amid the total panic and noise, he seems to be the only person who knows what to do – help as many scientists and engineers escape the danger, get them to a safe lab, assemble parts and pieces of their equipment and rebuild humanity’s most critical technologies in order to survive instead of quickly sliding into the abyss of toxic cannibalism and extinction.

So, you join Jack and his team, as you rescue more people to join your team. Everyone has a purpose here, and while some will work on tech advances, repairing your reactor and working on your gear, others will be able to help you in scouting the dead cities, and liberating captured humans, who also join your team. Others will be able to heal you, or help you fight particularly nasty bosses. 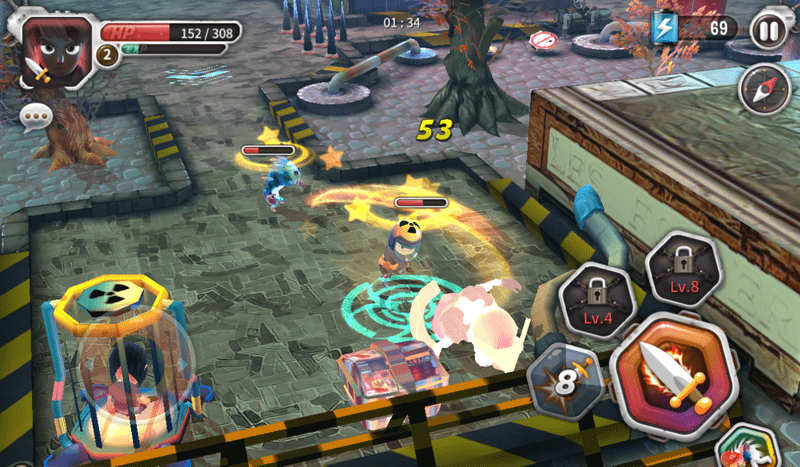 Help Me Jack: Atomic Adventure features 200+ levels that will easily engross any hack and slash RPG fan of a good looking dungeon crawler. Thankfully, there are no dungeons here. Instead, each level takes you to a new location – most likely, a new city destroyed by a nuclear blast. The cities are now inhabited by mutated animals that are aggressive, and seem to have an agenda, because they have captured the remaining humans in cages.

Your aim is to discover who is responsible for the blast, collect necessary pieces of equipment for your lab, and free all the hostages, killing all the monsters.

So, the gameplay mostly consists of you making a spectacular entrance to a new location by landing in a red telephone booth or an elevator cage, which sort of reminds me of that Doctor Who booth. From there, your time is short, and the number of stars you earn at each level depends directly on your speed.

You run around, and the system shows where hostages are, or which pieces of the environment can be scraped for loot or collected. Every now and then you run into groups of mutated sheep or dogs, or frogs, or fish, and that is where you have to fight. 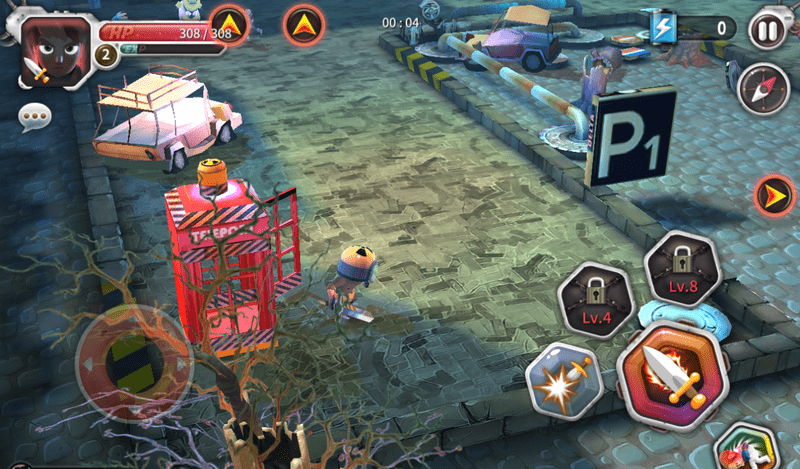 The controls are excellent and you can forget you are playing a tablet game, not a console one. On the left, there is an on-screen joystick you use to move around, and it is responsive and smooth. On the right, there are five buttons you use to fight – the bigger one is for the attack, while the other four get unlocked as you progress, and correspond to your character’s new unlocked super abilities, like a combo attack, or dodging, etc.

You can choose from two types of heroes – Precision Shooter or Chaos Blade Warrior, and customize their looks. They ultimately look like kids, but the things they do are nothing childish. Unfortunately, there are no save slots for the characters you would like to try out, so the hero you forge from the start will be with you until you choose to start over.

Kids and ladies will enjoy the gallery of skin colors and hairdos, faces and outfits. If you could not care less about dressing up, you can just go through that process quickly and get to the action right away.

There is a gazillion of items you will be collecting for yourself and your lab – pieces of equipment, weapons, helmets, and many-many more. There is, of course, a standalone menu, where you can enhance, or equip the items.

The fun part is your character will change the appearance depending on the items you equip, so the boy in a cool helmet looks more sci-fi than just a boy with a sword.

Help Me Jack will have you replaying missions to get a better score, collect more resources and gain XP, but it will also have you die more often than you would expect. Not to say that it is overly difficult, but your character needs partners and upgrades to be able to last longer and be stronger, so until you level up, you may feel a bit stupefied at how fast he or she dies. Also, you don’t have any partners to cover your back until you find and release them, and they join Jack’s team. The boss battles, where you are an inch close to the victory, can be your doom pretty often. 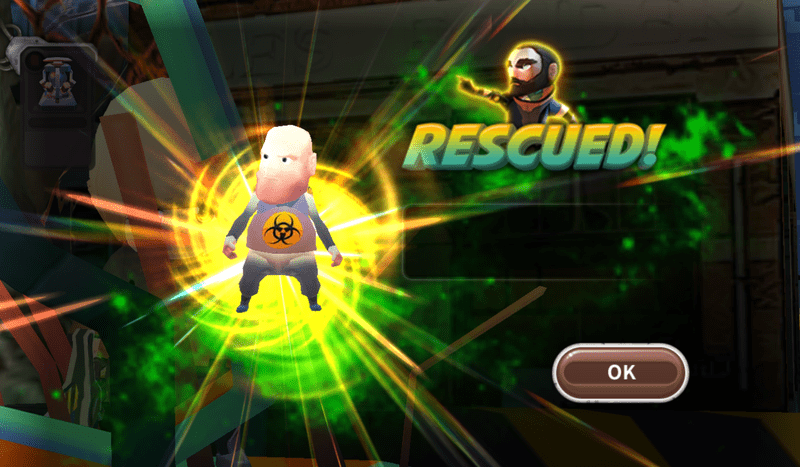 The game has one main in-app currency – Gems – you can buy for real money. They buy you Partners, special weapons and items for your lab.

Besides Gems, the game also features several points you need to track – your vital power, tickets and the like.

Each time you enter a level, your Tickets account will be charged, and each level costs at least 3 tickets. Replaying a level costs nothing if you replay only one time, but if you should fail that, too, you will be charged in Gems for the next replay. Your energy drains fast, so keep that in mind when you charge an attack against a boss. Quitting a level will cost you all the experience points you could have earned.

The cost of Gems ranges from $2.99 to $99.99 and come out on the expensive side if you choose to buy. At the same time, you can grind without paying, and the game grants you some free stuff for daily log-ins. Overall, even though Help Me Jack is geared towards IAPs, I found its freemium model to be fair and non-annoying. 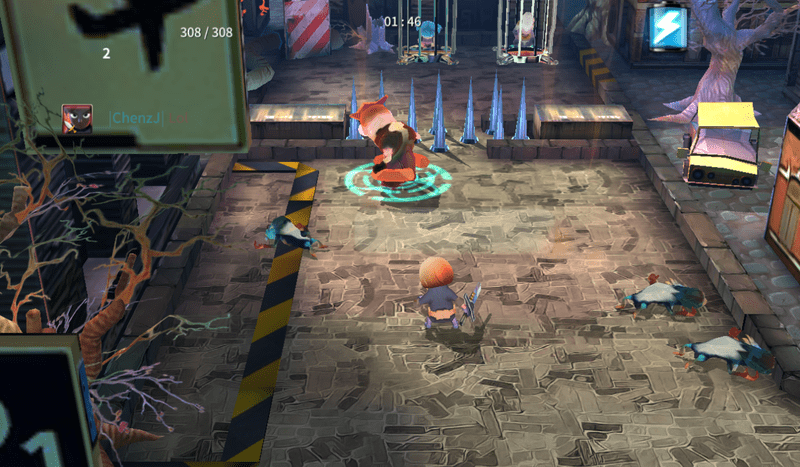 Help me Jack is toonish but delightful, and everything is rendered in 3D, great detail and vibrant, eye-catching colors and shapes. The heroes are attractive, the environments render the required atmosphere, and the mutants are particularly repugnant.

The music and the sound score complement the intense action and the overall atmosphere of urge and doom, so we totally praise the artwork and the soundtrack, even though I would not be playing all 200+ levels with the music on. 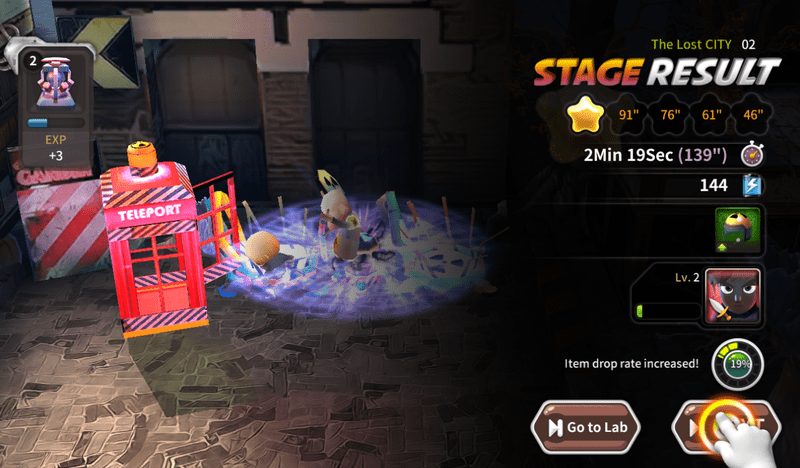 First of all, keep in mind the game needs a constant Internet connection to run, so I wouldn’t be playing when on data plan, or on a slow connection because performance will be affected. Also, the game is a hefty download, and it will even have two additional downloads after you install it, so be patient.

Second, it is a battery drainer, so you are unlikely to be able to play it while you wait in line unless you are not afraid to get disconnected until your next recharge.

Third, despite its overall smooth performance, Help Me Jack will occasionally throw a glitch or two, your way, when you least expect it – in the middle of a fight. I was unable to point a finger to any particular pattern, but a few times some graphic parts went missing right in the midst of the combat part. Other Android users seem to report random glitches, like freezing or closing, but I have not experienced those after the last update. 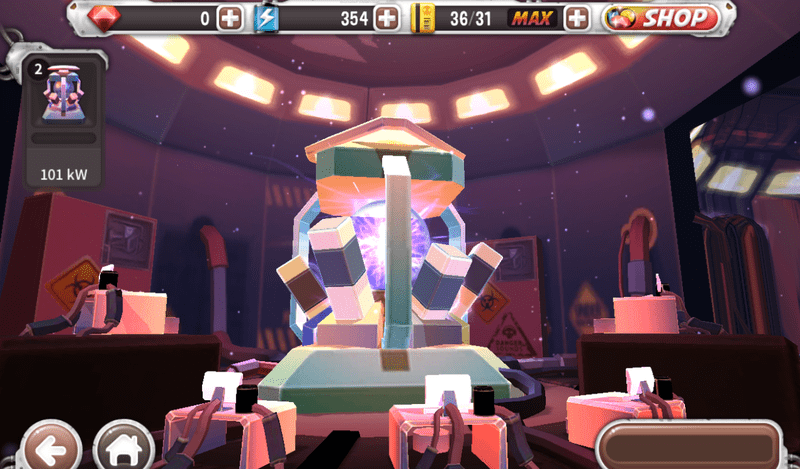 Help Me Jack: Atomic Adventure is a thoroughly enjoyable hack and slash dungeon crawler, only without the dungeon. The nuclear premise, as worn out as it may seem, looks impressive and offers a scenario you will want to unravel. The game provides fluid and intuitive controls, fun character customization options, a great variety of unlockable content and characters that will join your rescue team of engineers. The gameplay is super-fun for any fan of the hack and slash RPG, so if you have enough storage left on your tablet, I recommend you give it a try. Its freemium implementation is not the greediest I’ve seen, and you can play for free, provided you are ready to do some grinding. Overall, with the 200+ levels and an interesting storyline to uncover, Help me Jack is a console-quality game you will enjoy on your tablet.