If you are not new to the world of mobile puzzles, you must have played at least one game in errorsevendev’s series of Laserbreak puzzles. Hexasmash is their new game, and it’s absolutely worth your attention. 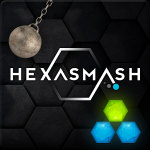 If you think it’s yet another Laserbreak, you are wrong. Even though the visual style is similar, while the mechanics are realistic, Hexasmash features a different hero. You are in control of a swinging pendulum with a steel wrecking ball. No Miley Cyrus swinging on it, though. However, f you tap the screen, the ball will fall and smash a whole lot of things. But your objective is to smash the hexagonal jewels placed strategically all over each scene.

As usual, you will need to activate triggers, or push things around with the propelling force of a falling ball, but the main difficulty here is the timing. And trajectory. So, you need to be very good at spatial thinking and physics, and geometry. Or, you just need to have the patience and throw many balls until you achieve the coveted result. 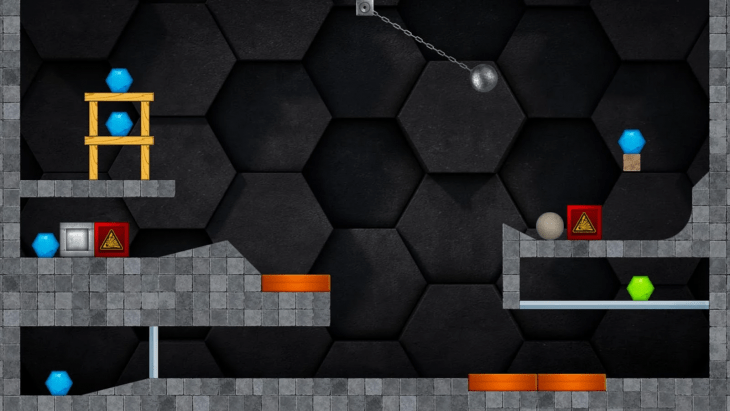 The game is completely free, no ads. The best part is you can advance without covering all the success pre-requisites. But you will want to score as high as you can, and here is why. The bonus levels are locked under the green hexagonal jewels, so you will need to clear each level by smashing not only the regular jewels, but trying to hit the green one first. You need to make the green one your priority because once you clear the regular hexagons, and leave the green one for the last, the game considers it a score, and closes the level. 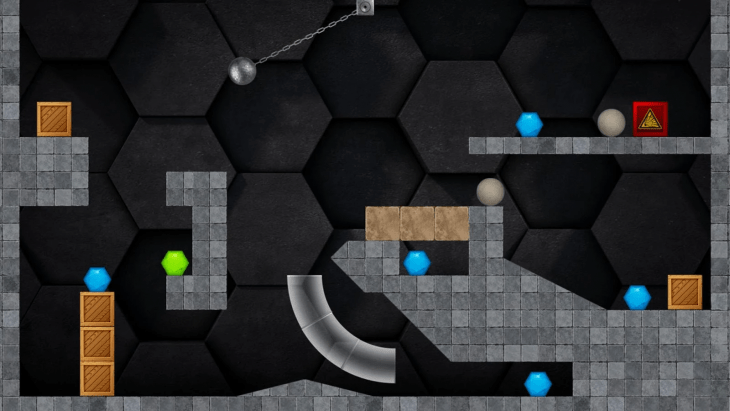 The difficulty is pleasantly ascending, while the realistic physics of the smashing and the heaviness of the wrecking ball make for a surprisingly addicting experience. The game is hard to put down, and you will want to gobble it up in a single go. The visuals are crisp and smart, the atmosphere is engrossing. Hexasmash features 60 levels as of now, a quick restart button and a bunch of mind-boggling contraptions to keep you busy while you commute. It’s a perfect brain workout for short and long gameplay sessions, and it works offline. No ads, and free. A rarity these days. 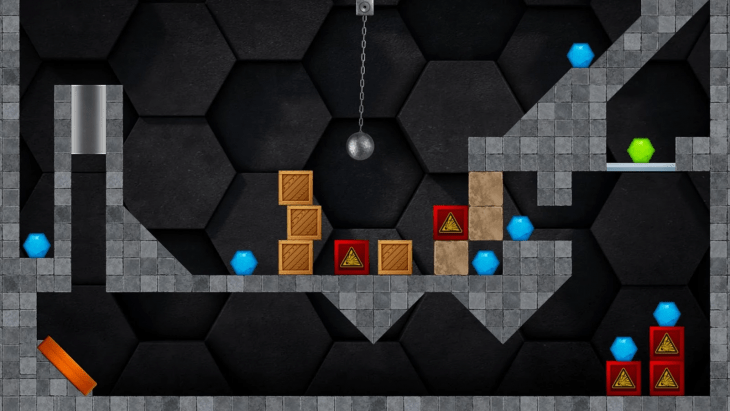 More levels is the most frequent comment you will find on the play store. While some users mentioned performance issues, I have not had a single hiccup in my time with the game.
Hexasmash is a smart, addicting and super fun smashing game that will help you train your logic and spatial skills. Appropriate for all ages, it starts out fun, but quickly turns into a challenging endeavor. Another success from the developer of Laserbreak. Get it while it’s free.