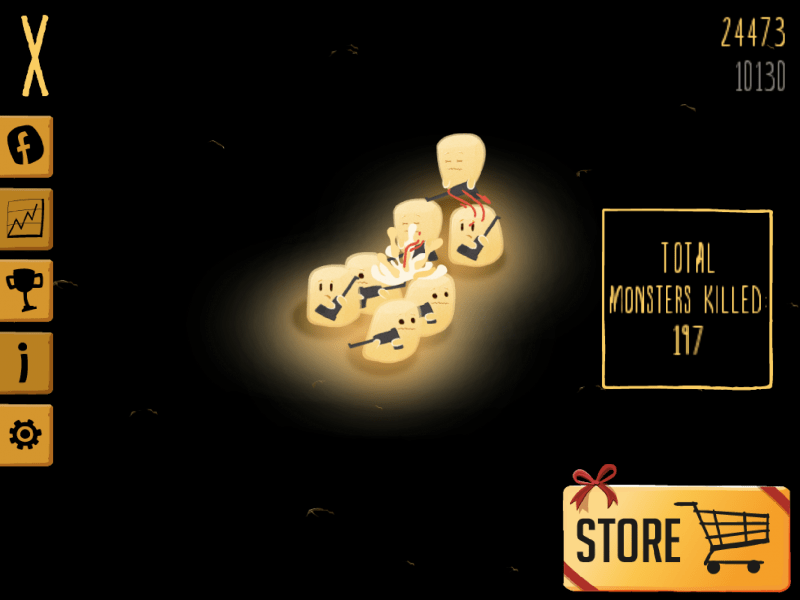 From time to time it’s nice to dive into a solid reflex testing game, it doesn’t take much to create one of these, but when executed properly it can prove to be an addicting game with endless entertainment. Today, I’ll be reviewing Hopeless: The Dark Cave, and we’ll see if it can fall under the category of awesome. There’s not a whole lot to this game, so the review will be rather short, enjoy!

First, I played Hopeless: The Dark Cave on my iPad, but that certainly doesn’t provide the most flattering resolution. Playing it on my Galaxy S4 was much more appealing to the eye, and for the most part the game runs really smooth and the graphics are rather solid. To be completely honest, the game still looks good on a tablet, but some of the text looks grainy and pix-elated, which should be an easy fix. But regardless, the monster animations and the blow animations are fun to look at, and everything is portrayed in an very eerie way that compliments the concept of the game. Hard to get a candid shot, but here’s a look at the furry red guys

Even though there’s a huge difference between a giant red monster and little yellow blob, when one emerges from the darkness it’s hard to judge right away what it is — causing you to accidentally shot some of your buddies from time to time. This is a major mechanic in the way the game is played, but it is only possible due to intelligently designed graphics and sound effects.

Hopeless: The Dark Cave, is a tap and shoot game with an extremely minimal amount of controls. It’s literally one tap on the area you want to shoot, and the nearest blob in your group will take aim and fire in that direction. I don’t know if it’s the simplicity that actually makes it difficult to be consistently good at this game, but it definitely plays a factor. The slightest mis-judgement can lead to your downfall, either taking out an ally or just looking away for a second and letting your group get taken away by the monsters. 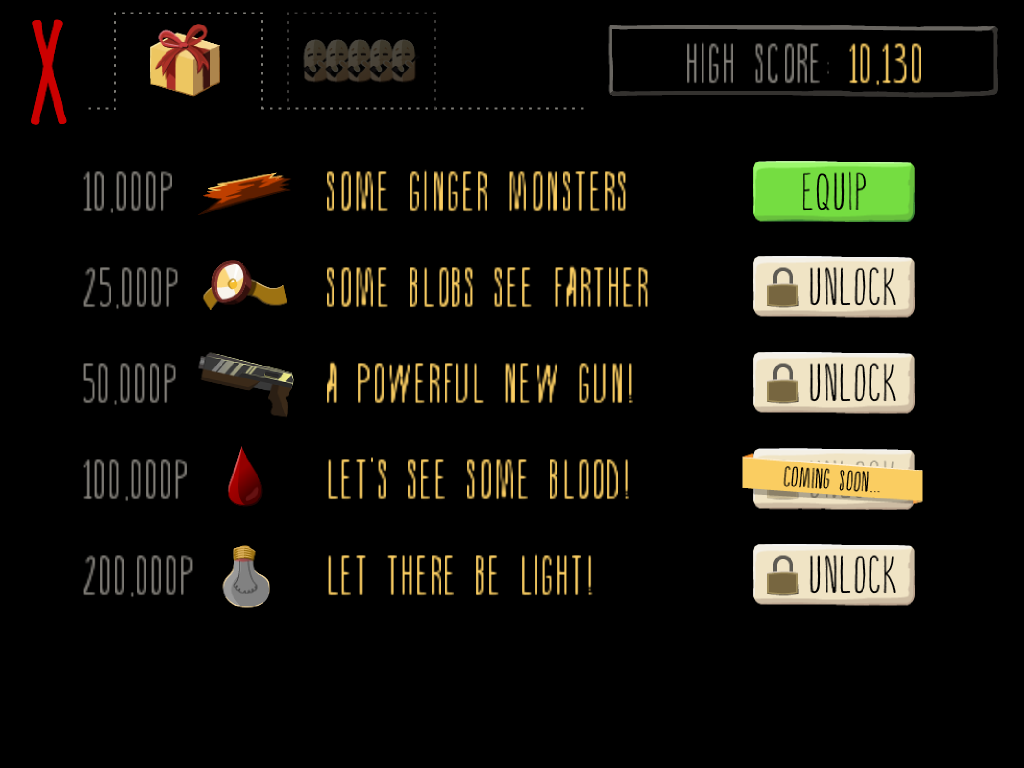 What this game lacks in longevity, it makes up for with short term intensity, but in the end it really isn’t enough to call Hopeless a home-run in the Gameplay department. I can’t go without mentioning the handful of power-ups available (see image above), but they don’t really offer a whole lot to alter the entire experience of the game. For the most part, you’re still going to just be tapping on red monsters as they emerge from the dark — which is great for testing your reflexes, just as the game intended.

Unfortunately, the novelty of an interesting and intense, reflex testing “shooter” wears off not too long after it first took it’s place. Hopeless: The Dark Cave, will end up with a good rating, and that’s because it is a good game, just not for anyone looking for a go to time killer whenever they’re bored. Although it would be useful in some of those situations, you’ll end up getting bored of the game after a few rounds. 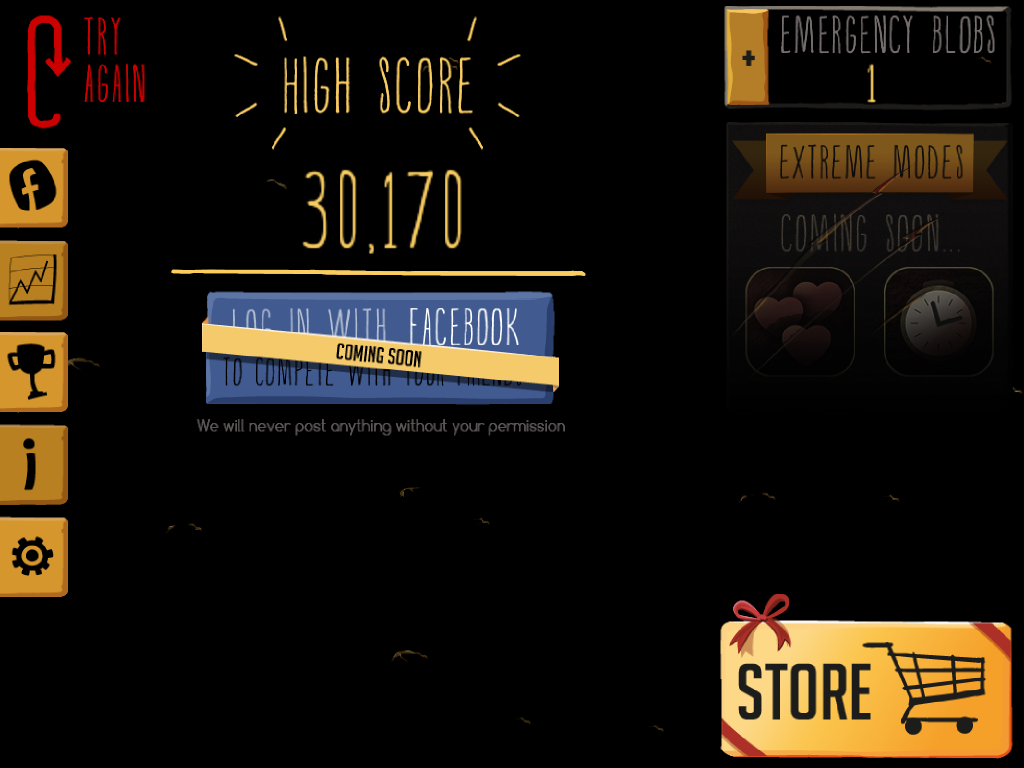 There’s the unlocks you can work toward getting, but it isn’t really worth the time, you’re better off just enjoying the core concept of the game and trying to get as far as possible relying only on your keen reflexes. Challenge your friends to a showdown and see who can get the highest score, that’s probably the most enjoyable way to play Hopeless: The Dark Cave.

I’m going to add a new category to my reviews, Potential, because I feel a lot of games do have solid potential, but just fall short due to lack of proper execution. Some games may be great, but have no potential for any real future. Hopeless: The Dark Cave, falls somewhere right in the middle, if the developers continue to work on this game and add some variety, maybe a story mode or other game mode, it’d be easier to play the game for longer than 30 minutes. It’s also possible that with a game like this, adding any additional modes wouldn’t really benefit the game any further. 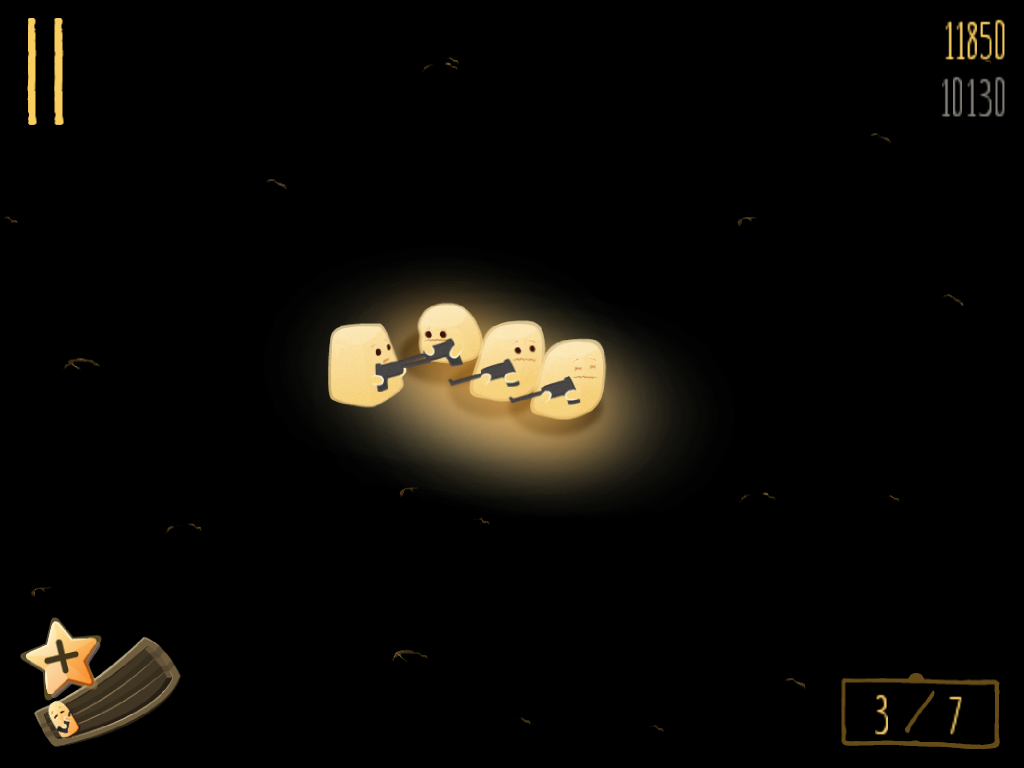 Since hardly any games ever go without a single update, we can expect to see a few improvements to Hopeless: The Dark Cave from time to time. There’s already been one update, so we’ll see what else is in store.

It’s not necessarily a requirement to have a lengthy campaign, massive upgrade shop, or even a wide variety of abilities to create a decent game. That’s why Hopeless: The Dark Cave, is definitely a decent game, but not much more than that for now. Fans of reflex testers, easy to learn games, and cool visuals, will really like this game.

Click here to check out Hopeless: The Dark Cave on the Google Play Store OR Apple App Store