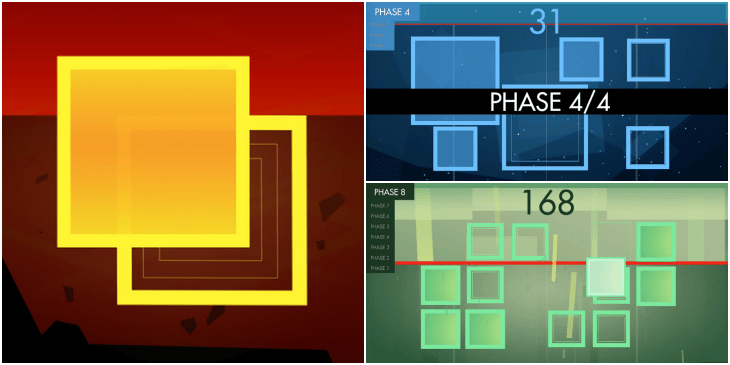 Award-Winning Hyper Square Is Now Free on the App Store

The winner of the Indie Prize Asia 2014, Critic’s Choice award, Hyper Square by Team Signal goes on 100% sale. We don’t know yet if the price drop is permanent, or not, but the freemium model is now implemented for the game on iTunes and Google Play while the Windows Phone store still displays a $1.29 price.

If you fancy crazy fast, hard and frustrating twitch games, Hyper Square is your cup of tea. I, for one, enjoy meditative-like twitch games that offer ambient music and beautiful design, and Hyper Square looked like it was my kind of game. Alas, it’s annoyingly unapologetic and hard, but if your fingers could use some workout, you should definitely try out this game.

I won’t be singing in tune with the other reviewers praising the game because besides the neck-breaking speed I experienced quite a few performance issues. Nonetheless, it’s a worthwhile experience if you’re into the twitch genre.

The game features eight environments with different color schemes and increasingly difficult mechanics, but the good part is it introduces the challenges gradually. So, in the first environment you get to drag and drop the squares into the corresponding void shapes. In a way, this game reminds me of children’s wooden bricks puzzles, where they have to fit rectangles into the rectangular holes, triangles into triangular, et cetera. Here, however, you are dealing with squares – big and small.

The speed is fast right from the beginning, but I am sure you will be able to enjoy at least half the game before the game becomes overwhelming to the extent of nauseating.

Each next environment is different in the color palette and adds an extra mechanics, such as re-sizing the squares, or fitting more than one square into a void shape, or avoiding a red square with an X in it. It’s hard, alright. Hyper Square is like a caffeinated squirrel, and I’ve finally realized what makes it so annoying to me – the red line. You may react to it differently, but to me it acts like a major distraction, which keeps screaming – “you’re never gonna make it!” Eventually, it won’t let me focus on the task at hand and be as fast as I would have been without the red line, which descends and when it reaches the bottom of the screen – it’s a game over if you haven’t completed all the tasks.

As I said, the first few challenges are quite interesting, but then the game becomes a visual cacophony. Again, I realize it differs from player to player, so there is a ton of happy users killing their fingers nights away, but being a moderate player myself, I lost the interest when the game became too difficult to even want to challenge myself. It may be different for whoever is super-good at this particular type. Also, I like my twitch games with a Zen mode, when you don’t have any time restrictions, but can just enjoy the visuals, the music and the challenge at your own pace, without any high scores and leaderboars. Alas, Hyper Square does not offer such a luxury. 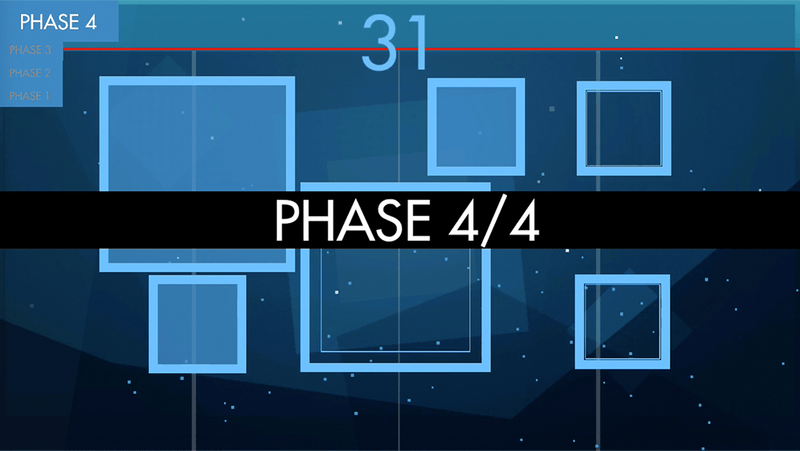 The game is a freemium done right. The first level is free and you unlock each subsequent level by beating the previous one. Each level has some 8 phases, like sub-levels and an endless phase that follows the 8th phase. If you don’t wish to unlock them one by one, you can unlock them all for $1.99. If you want to buy one or two, they’re also available for a standalone price of $0.99.

There is also an energy restriction – you are given 5 lives as you start the game. They do regenerate quite often, but you can also spin a wheel of fortune to get some hearts for free, or watch an ad to get them. Overall, the IAP system is fair.

I found the design very attractive – the color palettes are neat and the shades and textures are fascinating and look top-notch. Even though I am a great fan of the electronic music, I did not quite enjoy the soundtrack, although I admit I might have enjoyed it under different circumstances. It’s just that the frantic action of the game gets disturbed by the disruptive music rather than smoothed by it. Well, you can define it for yourself whether the music helps or makes it even harder – here is the link to Hyper Square original soundtrack on Bandcamp. It reminds me of Jean Michel Jarre, too. 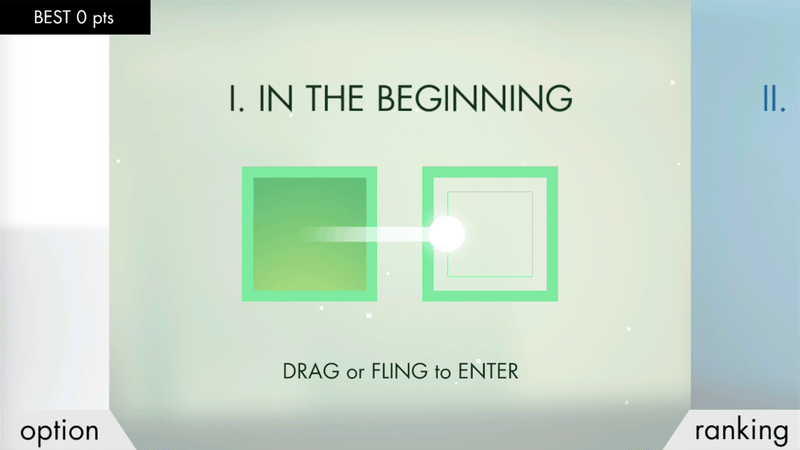 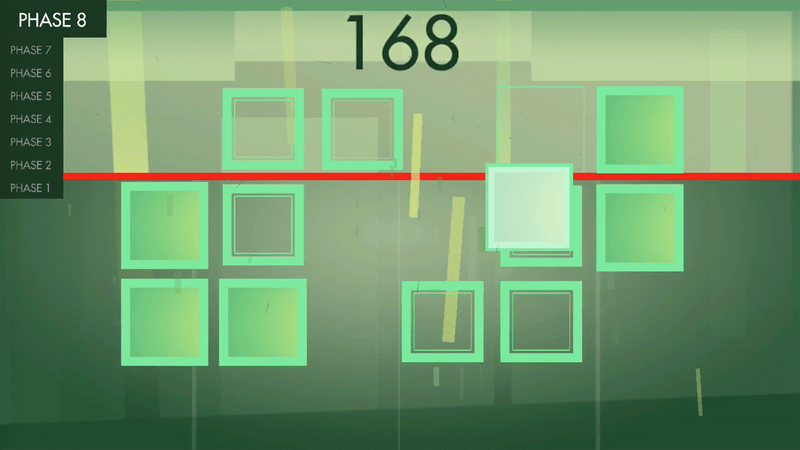 Hyper Square is definitely a must-try killer twitch game this season – hard, beautiful, unique. It is up to you to decide whether the challenge is enjoyable or annoying, and the only thing that can ruin the fun is your fingers going numb with all the geometry multi-tasking. Well, your eyes can also pop out of their sockets some time closer to the second half of the game, so measure your gameplay time. It’s great the game has gone freemium, so more people can try it.