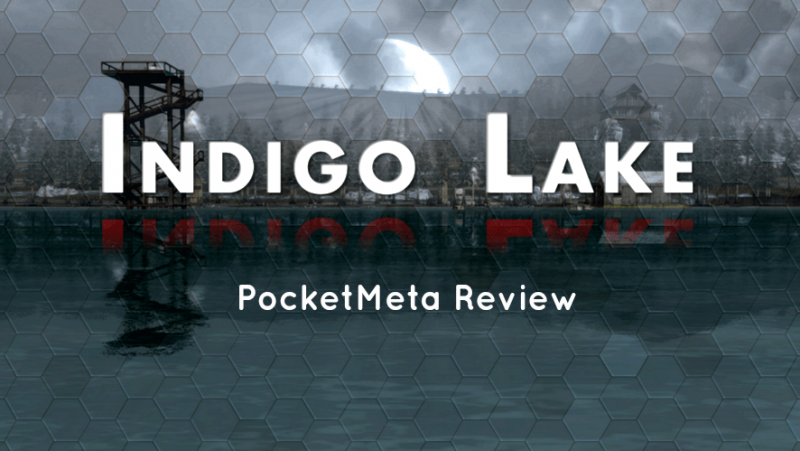 I played Indigo Lake, then took a break. As I sat at my dinner table sipping coffee, a subtle whispering right above my ear made me jump and spill the darn hot thing all over. A laptop standing right next to me had a page of IBTimes that loads video ads from time to time, even when you click Pause. That newly self-loaded video ad made my heart skip a beat. Damn you and your ad system, IBTimes. As for Indigo Lake… I want my peace back! 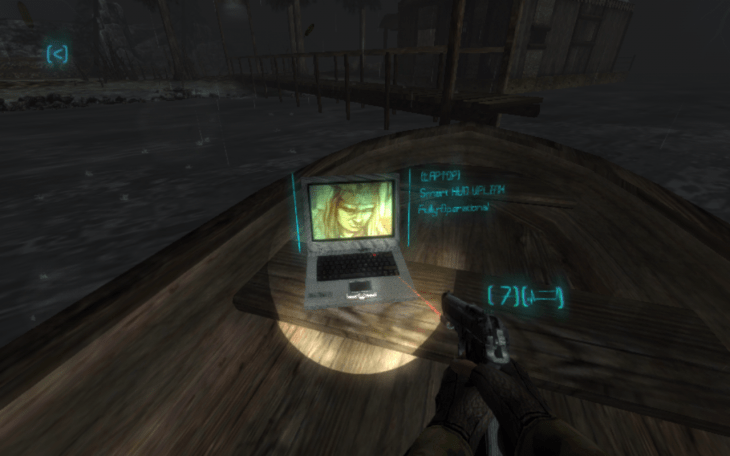 Legitimately scary games are few and far between, even though the abundance of horror games is overwhelming. As I played The Walking Dead: No Man’s Land last month, I was struggling to pinpoint what was it exactly that this game lacked. When I got to Indigo Lake, it dawned on me – the fear. It’s the fear that I am missing in the latest TWD game. But Indigo Lake has fear galore from all the nooks. The real, cold sweat, crippling kind of fear that makes my thoughts and critical thinking freeze, and all I can think about is “Where the hell did I leave my car?!” 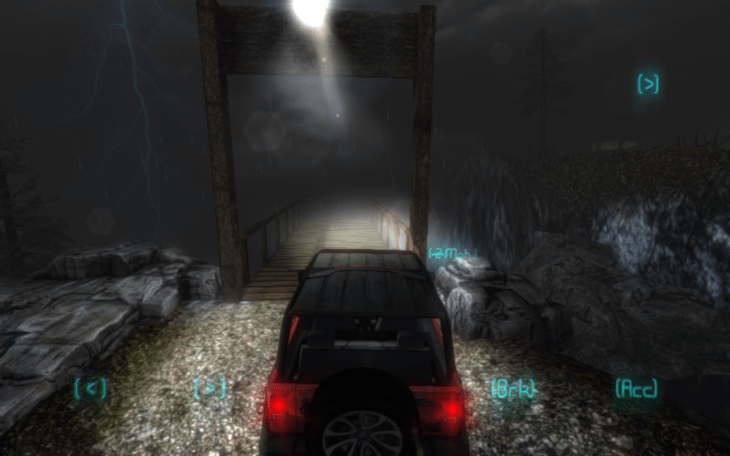 Why do they always split?

Indigo Lake is set on an island in the middle of the titular lake. A place with paranormal activities, the lake has long had the bad fame, but something apparently triggered their recent activity and living people started going missing, or worse, committing suicide. Dr. Everett is a specialist in all things paranormal, and he takes on a job of investigating the occurrences at Indigo Lake and put them to an end.

Here is when the specialist makes a mistake. Paranormal activity survival rule number one – never go out on a field mission without a partner. Better yet, a group of investigators. But as all protagonists of the horror movies, they split and go different directions instead of sticking together. As you’d expect, Dr. Everett goes missing. Now, it’s your turn to go to the Indigo Lake, alone. 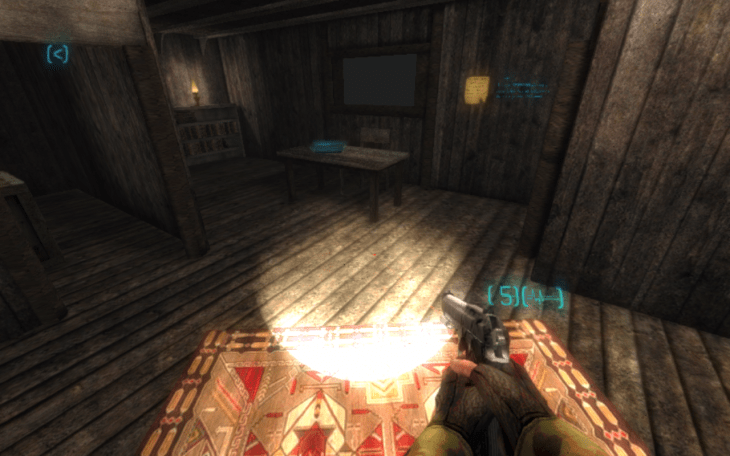 You have a hand gun with what seems to be an unlimited amount of ammo, and a flash light. You also seem to have a Google Glass kind of thingie because you see the text and directions Glass-style from time to time. After a brief intro from Dr. Everett you get via your laptop, you land. As you arrive at the shore, you get a 4 X 4 Jeep and no clue as to what to do next.

The entire game is a first person free-roaming exploration stuffed with puzzles, driving, jump scares and very neat first-person shooter mechanics. You play from the first-person perspective only, and all you can see of yourself is a hand that holds the gun and a little bar displayed in your Glass that shows your heart rate. 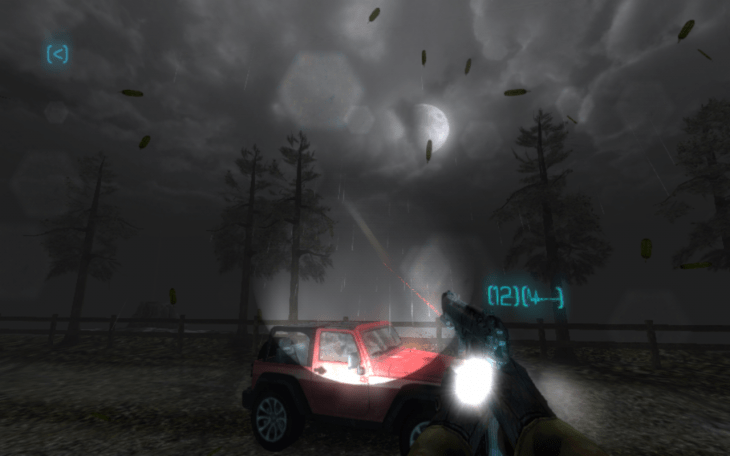 You move around using a system of fluid and intuitive controls. Move the joystick on the left to move and turn, use the joystick on the right to aim. Tap any edge of the screen to fire, tap the middle of the screen to interact with the interactive objects. Everything about this system feels second skin and the only thing that occasionally bugged me was my gun firing when I did not mean to. 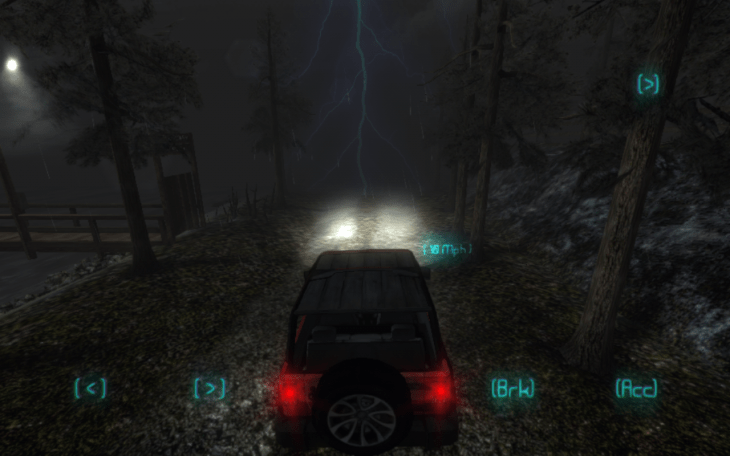 The gameplay combines equal parts of exploring the world by walking, sneaking, peeking, running, aiming, firing and driving. I love that car. It’s the only place I feel safe. I have yet to find out if these spooks can attack me while I am inside the car.

You can get pretty much everywhere on the map by car. At some point, you might run the risk of losing it. You see, the game does not take you by the hand. You have to figure out what, who, where and why all by yourself. Neither are there indicators where you’re going or where you’re coming from. So, inevitably, you can get lost, or simply slip and fall off a steep hill. Where you end up depends on where you fell from, but I had to run like hell to recover that car. I just did not feel capable of quitting the game and leaving my protagonist waiting in the open air for my return. The car is one of the best things about this game also because it’s so easy to drive, which only adds a huge plus to the controls department. 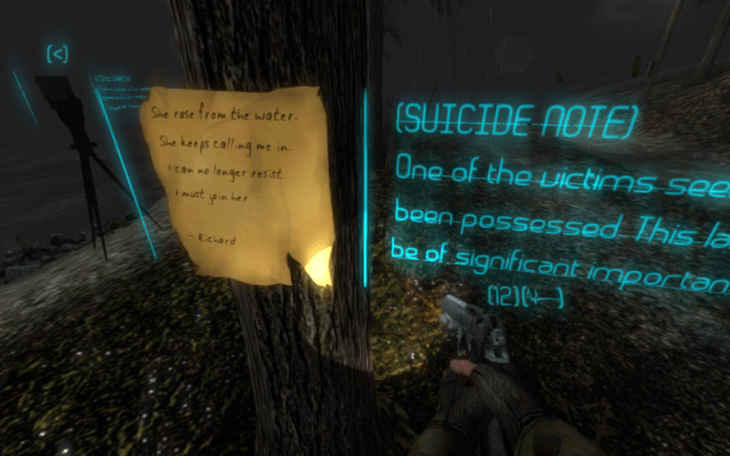 Everything in Indigo Lake is geared to produce adrenaline and make your heart pump the blood faster. In terms of fear, think Ring and all its sequels, a movie I loathe for it deprived me of good sleep at the time. Indigo Lake has all that attire – terminally dark, ill-tempered weather, ominously rustling trees, full moon, ugly spiky bushes, ghost girls with long black hair, and the sounds! These sounds are nothing new to the horror genre, but the sound score is so ingeniously crafted it can induce paranoia even without the visual sequence. Add in a pair of headphones, turn off the lights and lock yourself in the bedroom – hauntingly delightful. 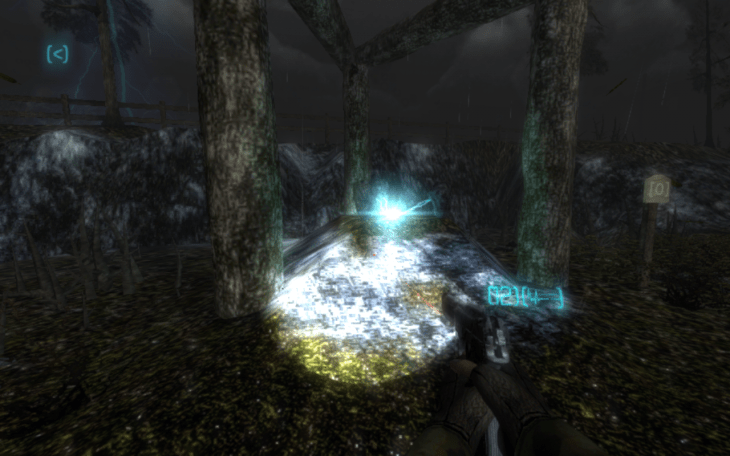 The atmosphere, the visuals and the sound score create a genuinely scary experience. But the atmosphere is only half the success. Indigo Lake would not have been so praised if it were shallow in the gameplay department.

It’s really interesting and quite accessible if you manage to calm your shaking hands and think clearly. The puzzles are well crafted, but they are not rocket science. You might feel compelled to look for tips online once in a while, but the fun of exploring the horror world on your own is the best part of the game. It creates the right degree of realism, when you are only as good a ghost hunter as you would be in real life, under the circumstance.

I won’t go into detail about the puzzles and the locations because the only way to experience this game is first hand, without expectations. Be prepared to get quite a few near-heart-attack experiences, though. The first walkthrough will take you anywhere from 7 to 10 hours, if you just stick to resolving the puzzles and beating the game. However, if you take your time to explore the world, and shoot those haunting dolls you might as well linger twice as that. Those dolls… 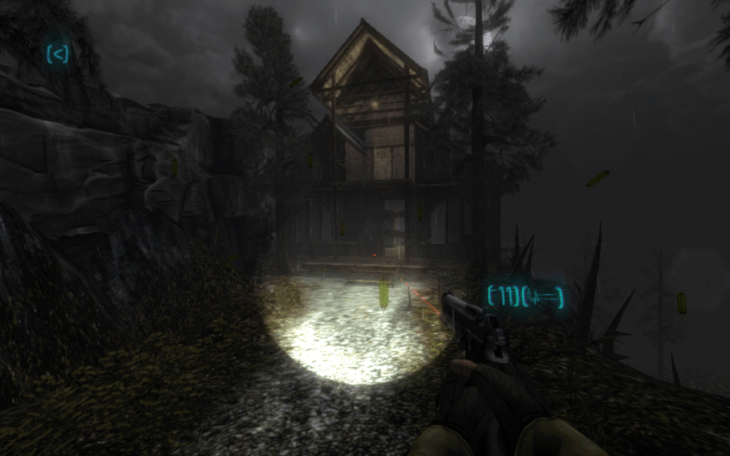 A genuinely scary experience, Indigo Lake is a must-have for any psychological horror genre fan. With a rich and intense atmosphere of fear, the game is realistic and incredibly immersing. The rain and falling leaves create the effect of the side vision, those things you register on the periphery of your sight. This and the gorgeously terrifying sound score further enhances the immersion and induces paranoia. This is the kind of game that provides plenty of the eerie, unsettling “What the fiddlesticks!”moments. The controls are fluid and intuitive, the driving is a delight while the shooting is mostly done when you are too panic-stricken to focus. The open world exploration and the puzzles are intelligent, but most importantly, the game is paced in a tango of slow fear-soaked exploration followed by frantic shooting. Some puzzles, too, require quick action. You’re never bored or at peace. Even if you know not what to do, you still have plenty of clues to follow. It’s a very polished game, and a lot of love and thought has been put into it. Priced modestly, Indigo Lake is one of the best releases in the horror genre this year and an easy one to recommend.