The highly anticipated port of Almost Human’s Legend of Grimrock has arrived, and it’s a very good thing, because I (and I’m sure plenty of others) was getting tired of waiting! For those unfamiliar with the game, it was originally released on PC via Steam, and features a very strategic and classic dungeon crawler experience. Form a party of four heroes and explore a massive 13-level dungeon, full of traps, monsters, puzzles, and of course — epic loot. Buckle up for a wild ride, as we take a close look at Grimrock.

Dark, mysterious, and full of surprises

Legend of Grimrock starts off by having you assemble a party of four, and you’ll get to customize every aspect of said party. That means you choose not only the names, but the classes, races attributes, skills, and traits. There are a ton of different combinations you can do when forming your party, which makes it a lot of fun to try out new compositions and see how they play out. It can also be easy to come up with a pretty weak group if you don’t really pay attention and just quickly go through the party making process.

Your journey begins in a dark room, with no real indication of where to go. There’s a locked gate on the opposite side of a 3×3 room, and you can barely see anything but a torch on the wall by the door. Once you get past that room, you start to get an idea of how things are going to play out in Legend of Grimrock. There’s going to be a lot of torch-lit areas, a lot of hidden objects, and a lot of things right in front of you which are the answer, but aren’t quite so obvious. 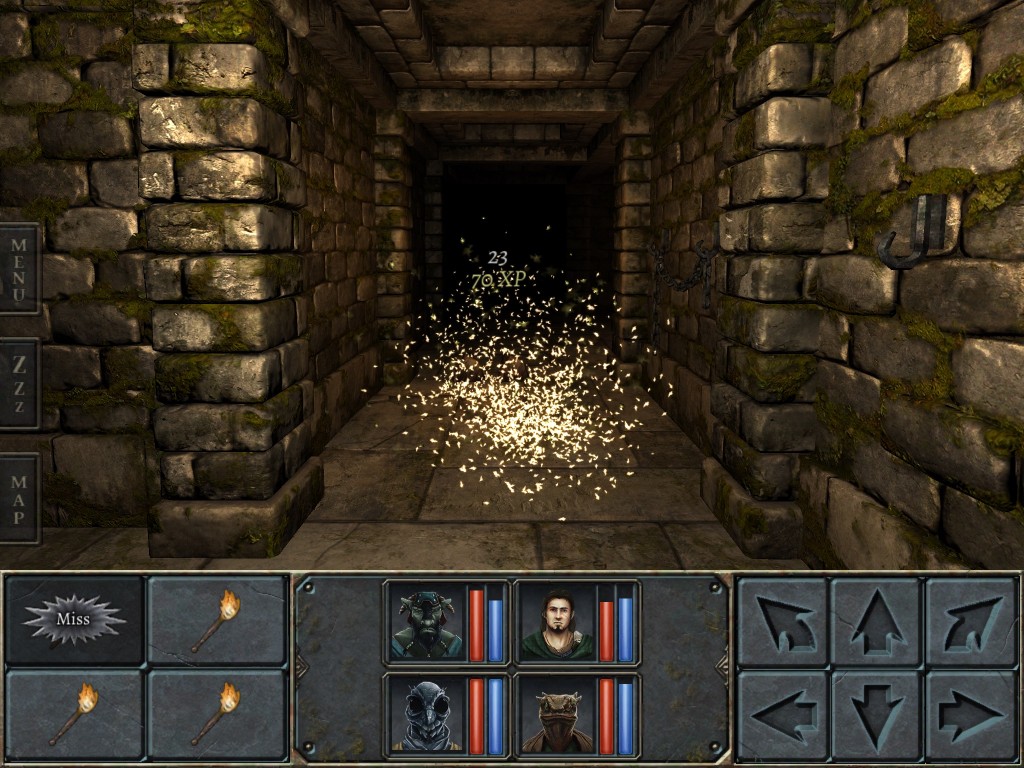 Visually, the game runs very smoothly, and has some very nice textures and models. You don’t ever see your own character, but you’ll run into plenty of different enemies that creep out of the shadows. There’s really a lot of detail in just about every aspect of the game, from the spell animations, to the little icons for each item in your inventory. The one thing I’d dock it slightly for, is a lack of change in the overall scenery of the game. Although it gradually changes as you progress, it seems a tad bit too slow in my opinion — leaving you with a feeling that you’re still on Level 1 when you know you aren’t.

Nobody to hold your hand

One thing I absolutely love about this game, is that it isn’t your typical hand-holding mobile game that shows you exactly what to do and where to go, and lets you do it faster if you pay more money. Granted, this is a direct PC game port, and I knew going into it that it wouldn’t really be like most mobile games. Still, I’d like to applaud the developer for not coding in some annoying IAP or a little helper that says, “Hey! Go here and do this!”.

It’s not any one particular area of the game that is difficult either. Whether you’re fighting enemies or trying to solve a puzzle, it’s always going to be a challenge — especially when it’s a new enemy or a different type of puzzle than what you’ve encountered previously. If you’re one to easily get frustrated when you can’t figure out how to get past a locked door, or how to effectively defend against a certain monster in real-time combat, this one might not be for you (unless you enjoy getting angry). Personally, I love the challenge, and I think most mobile gamers should be able to appreciate the change of pace.

So, when is the sequel getting ported?

The story in this game is very lengthy, and will likely take you anywhere from 12-24 hours of actual play time to complete — depending on skill, and how in-depth you want to explore the dungeon. I know some people have done speed-runs in just a few hours, but that’s basically impossible for a first time player. In total, there are 13 levels, which are roughly 30 minutes – 2 hours individually, depending on the level. Honestly, I thought the first level was big, but once you get to the middle section of the game the levels start to expand even more, and become more complex as well. Take a look at a partially completed Level 1 below: 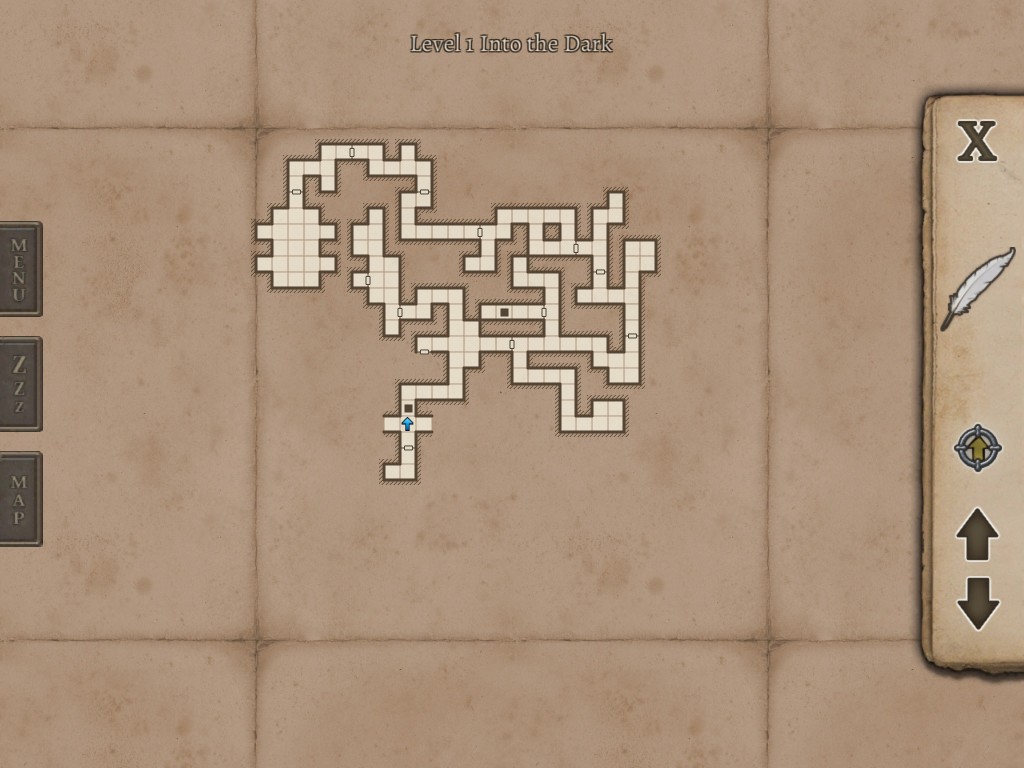 As I mentioned earlier, the in-depth party building system makes for some great replay value, and I can see a lot of people wanting to go back and re-play the game with a new group. Not only does it provide that new element of different races/classes, but also gives you a chance to really explore now that you have a pretty good idea of how to breeze through the puzzles. Even without that, a 12+ hour game for $5 has an out of the park replay value in my opinion.

I don’t believe that it has been confirmed yet, but I’m really hoping for a port of the sequel, Legend of Grimrock 2, which came out last year on PC. Haven’t played it yet, but I’ve heard it’s even longer than LoG1, and hopefully just as great of a game. Perhaps they could even implement the dungeon editor that is missing from the iOS version, but maybe that’s just some wishful thinking on my part. 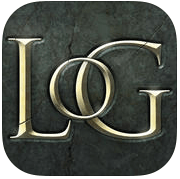 Almost Human has done a fantastic job of bringing their life size dungeon crawling RPG to the mobile platform, and this is nothing short of a must buy for RPG fans — especially if you dig a more classic style. It’s a fully premium game with no IAPs, and the $5 price-tag is minuscule in comparison to the content you receive. Overall, its a large and challenging adventure, and it definitely doesn’t cater to casuals.