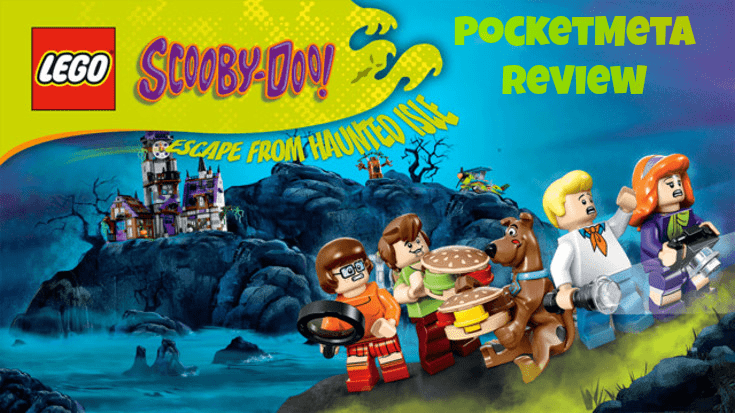 I know what you think. Forget about the dog and the animated cartoon series. This game is so good I literally dropped doing what I was doing and joined my nephew when I saw him play it. It’s just pure fun, irrespective of whether you used to be a fan of Scooby-Doo, or not. You can’t really ignore the fact that it’s a LEGO game, so you probably need to be either tolerant of the bricks, or the fan of them. But if you manage to see past the age category, you can find a very decent game that is a) free; b) solid fun; c) beatable. 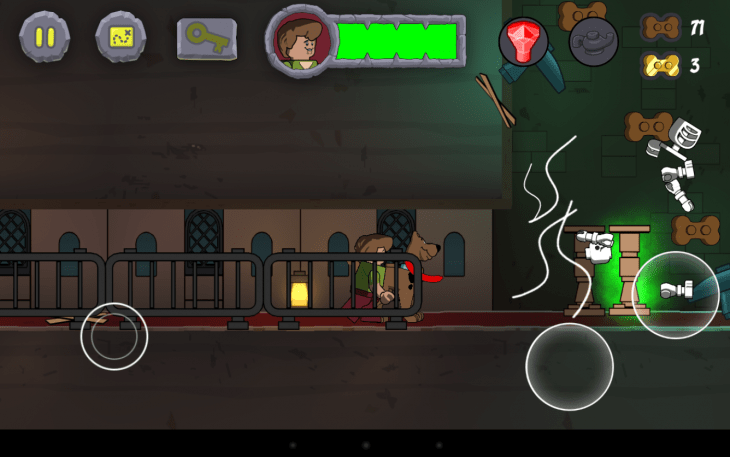 LEGO® Scooby-Doo Haunted Isle has you wandering through the castles and dungeons of the haunted island, obviously. For each level, you can choose one of the cartoon characters – Daphne, Shaggy, Fred or Velma, and Scooby-Doo will accompany the main character. Together, they walk and jump the platforms, collect the regular Scooby snacks, the golden snacks, the Lego keys that unlock more areas, battle various monsters and then face off a boss in a desperately hilarious finale to each level.

To say the game is enjoyable would be an underestimation. The perfectly designed levels, accessible yet challenging gameplay and fluid, intuitive controls make moving, jumping and fighting a bliss. 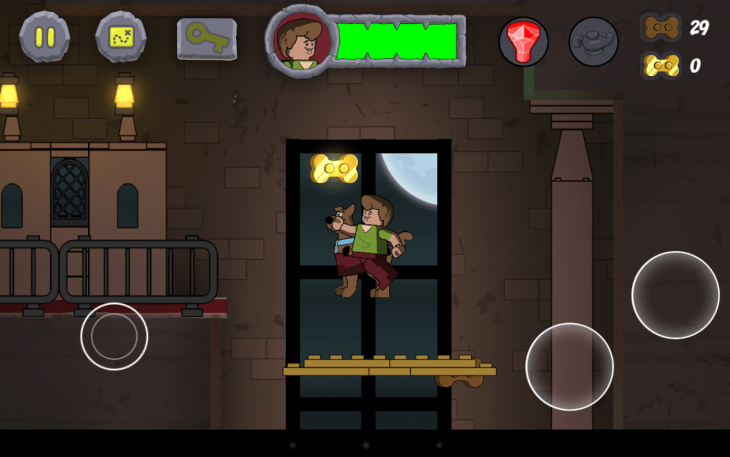 The touch controls are on screen buttons – the one on the left is to move. Depending on how you press it, the characters either walk, tip-toe or run. The button on the right is to jump, and when you combine the run and jump buttons you can jump higher, or reach the areas you’d think are unreachable. There is one other button to throw all sorts of silly things at the skeletons, mummies and toxic ghouls when you meet them, so fighting is also tons of fun. Half of the time you are just running away from the bosses because when they are shiny red you can’t hurt them, but every once in a while their defenses go down and that is when you need to strike. So throw your frying pans and boomerangs and don’t let them throw back the furniture at you. If your character should get hit several times, they get too scared and run away. 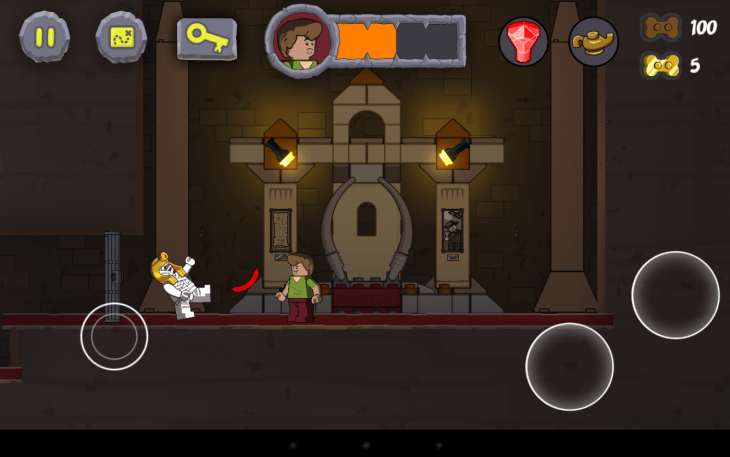 So, you scout the areas, collect the LEGO keys and scooby snacks, battle all sorts of supernatural villains and anticipate what’s there at the end of the map.

The game is perfectly accessible for the younger and for the older generations. It is absolutely free of charge and has no ads, so you are losing nothing if you try it. Once in a while you can watch a short LEGO animated clip starring the Scooby-Doo team. Of course, the game is slated to make more buyers of the new sets of bricks, but who cares if the game is free and fun? 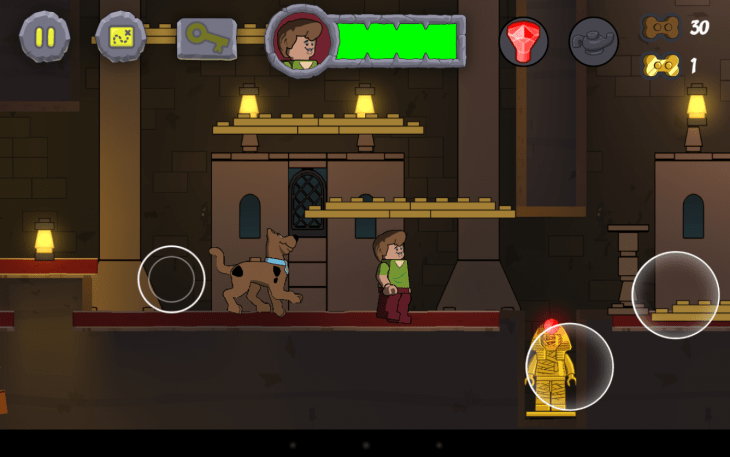 As is usually with LEGO, the design looks very good. The game preserves the style and touch of the original cartoon series, adding the LEGO looks and moves, so the game looks crisp and polished. When you combine it with the fun and non-intrusive sound score, you get a perfectly snackable arcade that’s both immersive and fun in the best traditions of the old-school style. 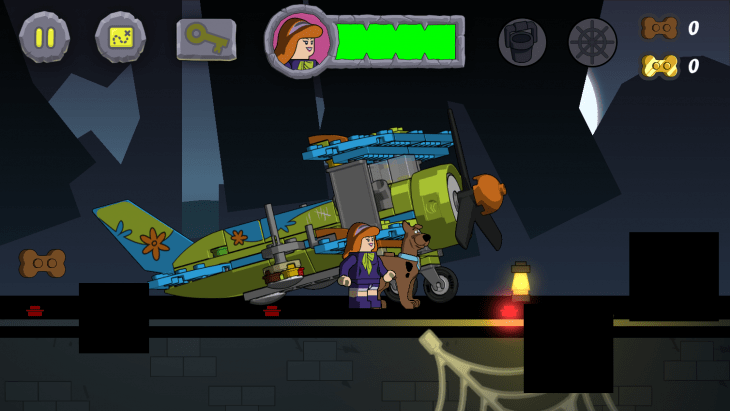 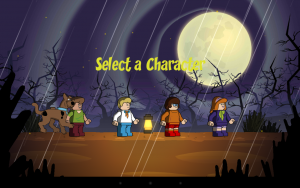 To open the season of spooks, LEGO made a wonderful Scooby-Doo themed mobile game for Android and iOS devices. It is fun in the best traditions of the old school arcade games, and lets you enjoy its gameplay for free, no ads, no IAPs, no Internet connection required. You are not required to be a fan of either Lego or the animated series to enjoy this game, but if you are, the gameplay is even more rewarding. It’s hands down one of the best free LEGO games this year, and since it’s in the movie tie-in category, the game is also a very decent show follow-up. It’s an immersive and fast-paced game – lighthearted, fun, yet still preserving the challenge and motivating the player to beat it. Don’t miss it!