I’m not too up to date on the whole Lego Star Wars series, but when I came across Lego Star Wars: The Yoda Chronicles, I was mildly intrigued. This isn’t a standard hack and slash game, you’ll actually be controlling several units, these can be mobile units or just characters. I’ll get more into the gameplay later on, but I just wanted to clarify that this isn’t the same as all of the other Lego games out there.

Lego Star Wars: The Yoda Chronicles, falls somewhere in the middle of everything when it comes to graphics and visuals. While they did do a good job of re-creating some of the popular Star Wars characters and vehicles, nothing really stood out to me. The interface is pretty boring, I’m not sure what they could do to enhance it, but it just feels so bare at times — this would likely go hand in hand with some more in-game features. 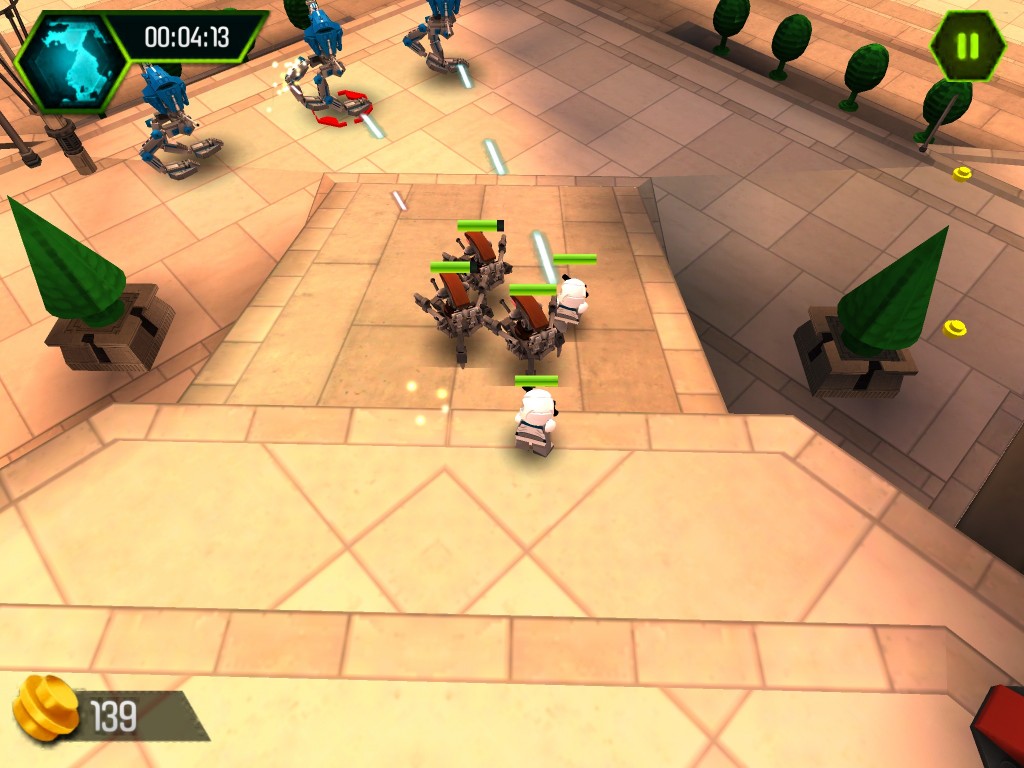 I did enjoy the variance between missions and worlds, but again, there just was nothing that really blew me away graphically. That isn’t to say the game had bad graphics, everything ran smooth for the most part, there weren’t any major graphical glitches, and overall I enjoyed looking at the game. There are some cut-scenes (I believe they are from the Animated TV Series?), but still nothing too awe-inducing.

A game can only go so far on it’s mega-popular brands, in this case both LEGO and Star Wars, but this game in particular just gets so boring in a very short time. Honestly, at first I thought this was going to be a really fun game, and I was enjoying it quite a bit for the first couple of missions. However, once you realize that nothing really ever changes except the environment and the enemies you encounter, you notice how you’re literally doing nothing but tapping on enemies to attack.

There are a variety of different units you can spawn by using gold caps, but it really doesn’t change the experience. You’re still tapping to move to an area, and then tapping on enemies one by one to tell your units to target them. It can be difficult if you don’t try to maneuver enemy attacks, but for the most part this mechanic is too difficult to master and can cause you more trouble than good. 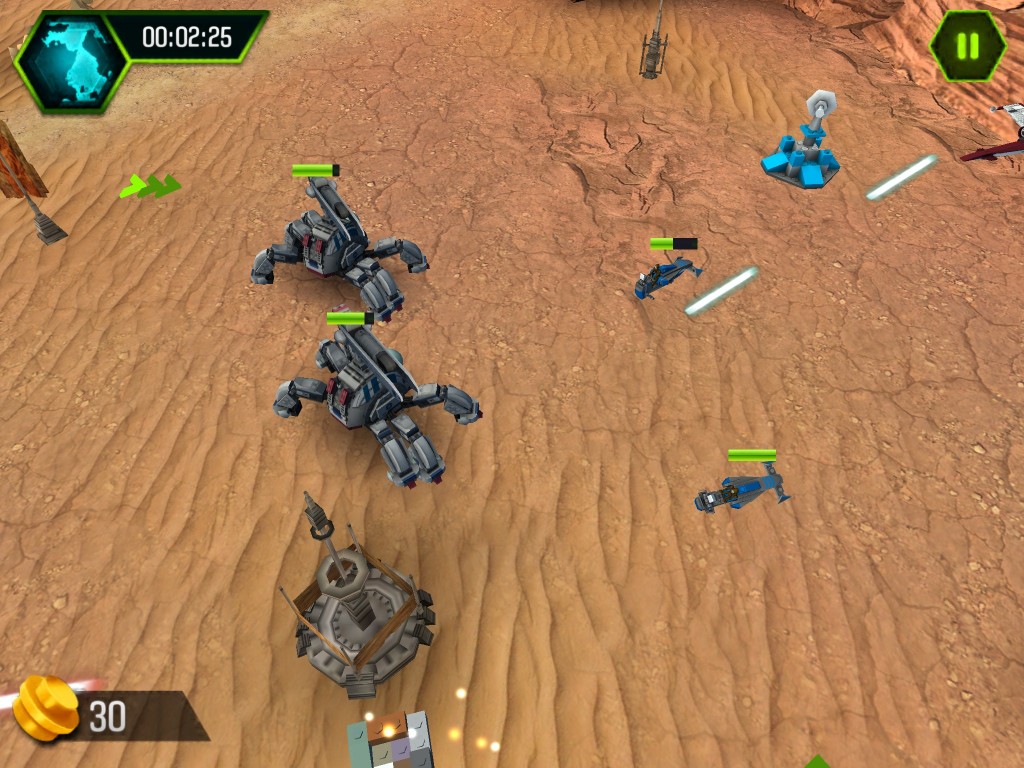 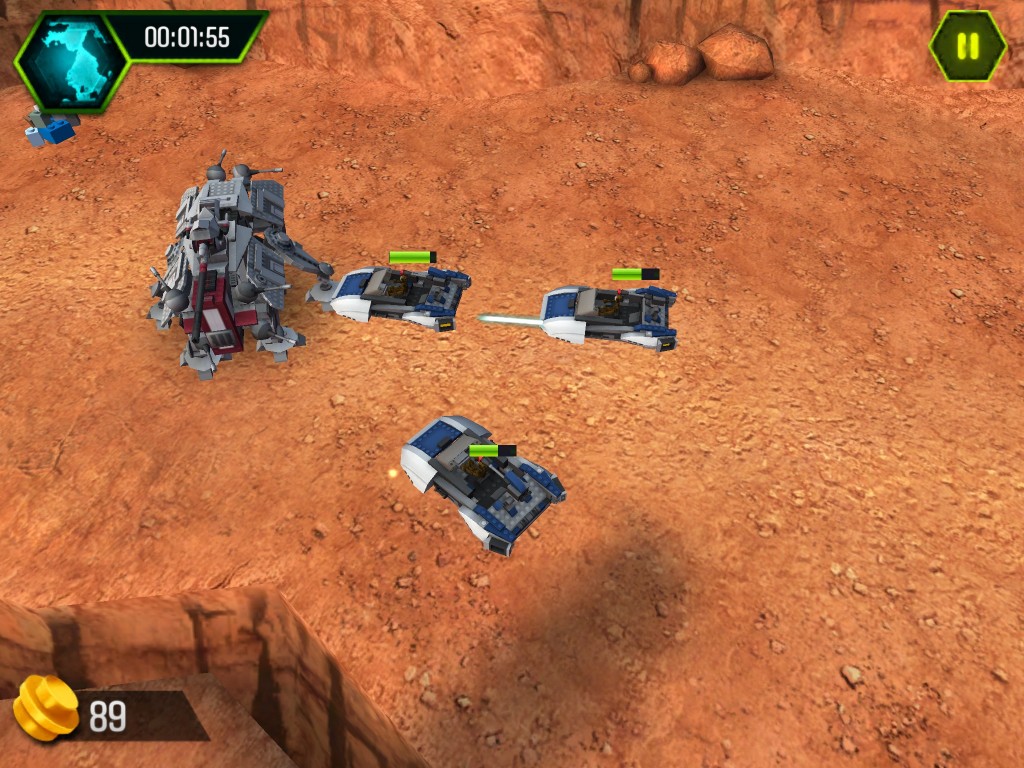 Other than that, there’s still more negatives about the gameplay, like the fact that you really accomplish nothing after beating a level. Your units don’t get any stronger, you don’t get any statistics, the only thing you have to look forward to is how many stars you’ll get (out of three), and being able to move on to the next level. There is a survival mode game type which allows you to upgrade units after completing the missions there, but these are painfully boring as well and not really worth your time.

Like I said above, it isn’t necessarily the poor gameplay that makes this game unbearable for long periods of time, it’s the fact that you don’t feel like you’ve accomplished anything. Providing the player some sort of award or changing statistic is common in most games on the mobile market, and it’s key to establishing a strong replay value — Star Wars: The Yoda Chronicles, fails to deliver anything worthwhile in this category. There is the choice of playing through the campaign as Jedi or Sith, which opens up new missions and units, but the game doesn’t feel very different on either end of the spectrum. 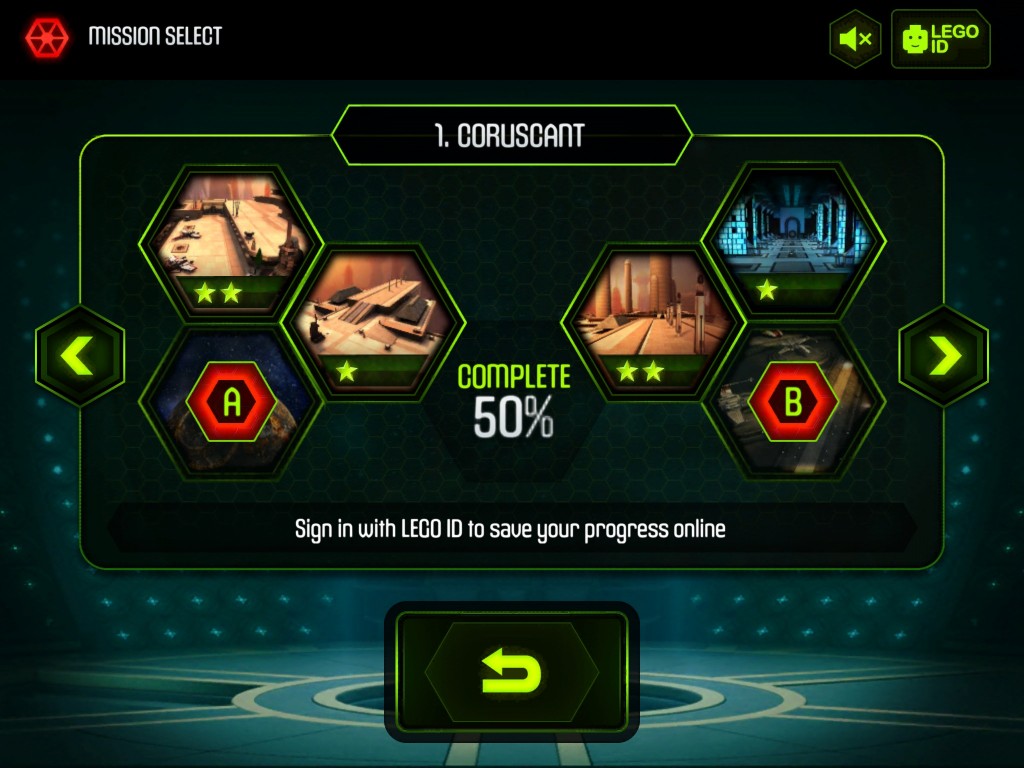 The thing is, there could be some very minor additions that provide at least a moderate amount of replay value to the game, such as a retained currency (gold caps disappear after a mission) or a leveling system. Whatever they attempted with the Survival Mode, it isn’t working, and it doesn’t make sense to only be able to level your units in a game mode that isn’t the main story-line.

I’d like to give Lego Star Wars: The Yoda Chronicles, another point here, but I feel like the odds of the developers actually updating this game are slim. However, it could very easily be transformed into a more than worthwhile game. There is a decent amount of content, roughly 12-15 missions overall, and at times they can get lengthy (don’t expect to beat every mission in two minutes). The additions I’d like to see are: Retain-able currency that can be used to purchased unit upgrades/unlock new units, some sort of scoring other than the X/3 Stars (possibly a leader-board as well), and maybe some active skills that players can use. 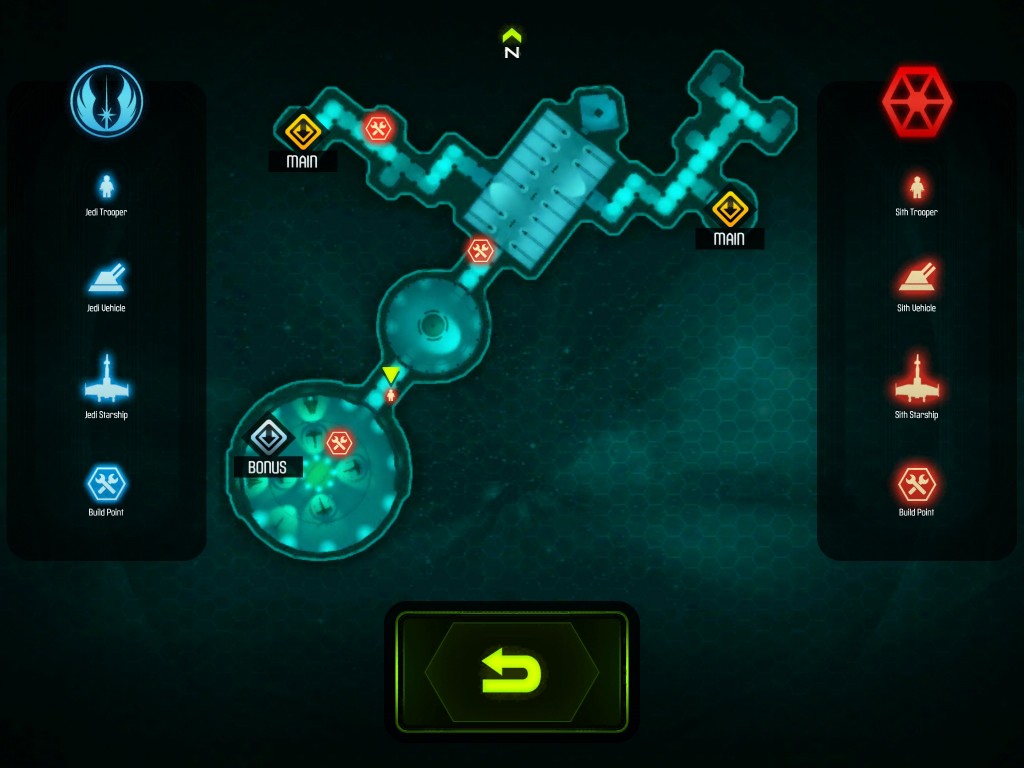 Honestly, the game will be fine regardless of if they touch the graphics or not, this type of game doesn’t need flashy visuals to be successful. It does however need, something to keep players interested and coming back, instead of uninstalling the app after they play through the campaign.

It’s a bit frustrating to see a game like this, yet have to give it a rather negative review, because I know how good it could have been. Being a fan of Star Wars, I’m always willing to try out a new game branded with that title, but unfortunately that just wasn’t enough to propel Lego Star Wars: The Yoda Chronicles, to greatness.

Nevertheless, you don’t need to completely disregard the thought of trying this game out, if you do enjoy games like Starcraft you’ll probably enjoy The Yoda Chronicles enough to get through the campaign. After that however, all bets are off, since there’s really nothing to keep you coming back.