A good game is any game, which keeps you playing after the first 5 minutes of game-play, and Leo’s Fortune is definitely a hit, even though a rather short one, but it’s certainly on my top 5 list of best games of the summer season 2014. The developers of this awesome platformer are also known for Devils’ Attorney and Dark Nebula 1 & 2.

When I look at Leo, I recall ‘My Favorite Villain’ episode when the little girl screams ‘He is so fluffy I’m gonna die!’ Not that I watch cartoons, but having four kids in the household kind of makes you know. What happened when I installed Leo was crazy, however. Adults and kids alike, all wanted to play, shouting out how to go about each new challenge.

The catch with Leo is he is charming as hell, and even though he might look like a monster to some, he is actually a funny, fluffy guy chasing his stolen coins.

The moment I heard him speak, I knew Leo must be Serbian for the peculiar accent, which reminded me of a famous Hollywood actor Rade Sherbedgia. I was close, because later on Leopold revealed his family history through a series of cut-scenes, and he appears to be Russian. Even if 1337 & Senri LLC wouldn’t have developed the game, it should have been developed by the Russians, because it adds a shade of warmth and affection to the overall grim image of a Russian guy. 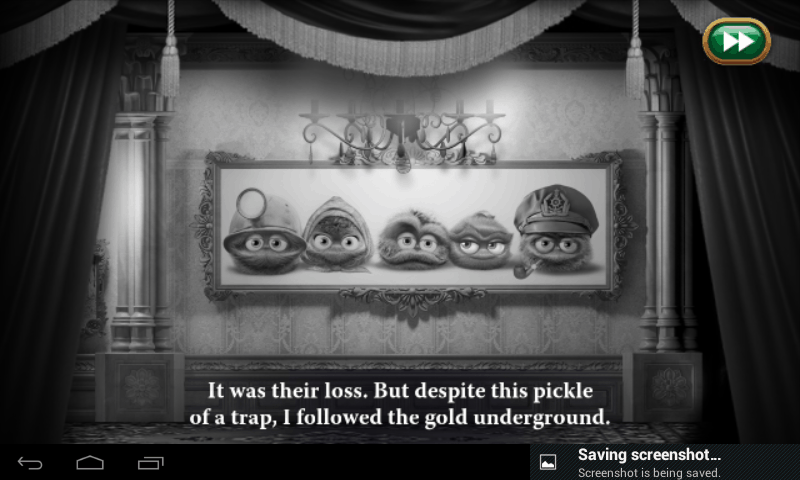 Leo enjoys a cup of hot tea, a newspaper and a warm hug from his dear wife in the morning. However, there is no more joy in his life because somebody has stolen his gold from him. Leo leaves a short note to his wife and endeavors on a dangerous journey to recover his fortune.

As if mocking Leo, the thief left a trail of golden coins along the path that takes Leo across five areas packed with deadly traps. Your aim is to guide Leo safe and sound, recovering his coins one by one, and ultimately unmasking the thief. A story of redemption and family bonds, Leo’s Fortune is a heartfelt beauty, something you don’t come across too often these days. 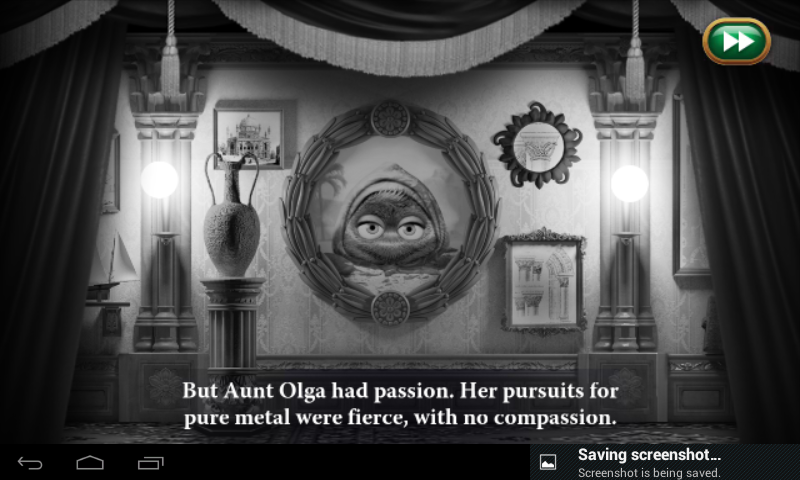 Leo’s Fortune is a puzzle and side-scrolling platformer in the classic meaning of it. Leo is surprisingly lightweight and can sort of float, but not for too long. The majority of time he glides along the way, and the physics of the game allow him to glide both on the floor and the ceiling alike.

The game-play reminds me of Badland. The lush woods of Leo’s land are filled with deadly saws, spikes, holes, and all kinds of lethal weapons – all aimed at Leo. Surprisingly, Leo can die as many times as you need to figure out how to pass a checkpoint, and there are no blood scenes when he dies. Neither is there a timer, thankfully. He does make enough remarks along the way, which adds to the feeling of playing alongside Leo, instead of playing as Leo.

The initial puzzles are quite simple, but they get more interesting and challenging as you progress.

There are two options for the controls, and I have to tell you right away – the default ones work best. The game also supports Gamepads and Game Controllers, so check the compatibility. You can also save your progress to the cloud, and take part in global competition for the top places on the game’s leader board.

Overall, the controls are smooth and pretty responsive, and even though the game sometimes requires precision, the default two-button touch controls grant you enough maneuverability. 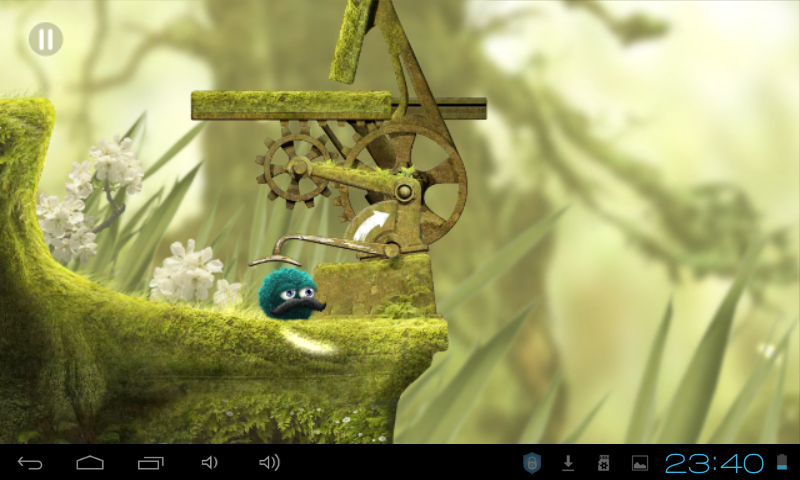 Leo’s Fortune is hand-crafted, and I don’t mean hand-drawn, I mean crafted. The fluffy character himself, as well as the woods and the maze, the intricate traps, the detailed and cinematic cut-scenes are a visual delight and truly interesting. Leo would have made a superb full-length animation movie, or at least a series of short cartoons because leaving the designers’ work for the game solely would be a huge underestimation.

The colors and shades, the meticulous work on puzzles and environments deserves every possible praise, and that alone makes it a worthwhile purchase. The story-driven cut-scenes and Leo’s frequent comments combined with beautiful artwork create a truly immersive experience.

If there is one criterion where I can stop pouring praise and say something nasty is the replay value because there is none. Once you pass all the levels, and there are approximately 19 of them across the 5 Acts, the game is over, even though each level is unique and has a meaning. This is probably the only persistent nag, which adds a little bit of disappointment to the overall sweet aftertaste, but if or when the developers release an extension or two, the problem will be solved.

There are IAPs that offer a shortcut or a cloud save so you can play on different devices with the same account, but I would advise against spending money on shortcuts because it would make the game even shorter. 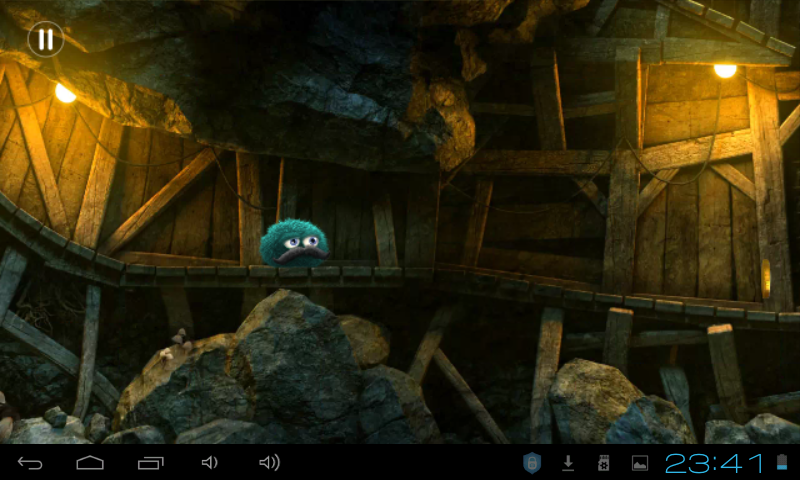 Leo’s Fortune is an A+ platformer with a compelling story, fluffy mustachioed protagonist, interesting cut-scenes with narrative, and absolutely dazzling artwork. The game-play is simple at the initial stages, and even family elders can enjoy a level or two with their Grandchildren, though advanced levels will require a true gamer’s insight. The game is quite short, though, at least for an experienced player, so more levels or extensions are welcome. Mind memory availability on your device, or kill all running tasks before launching the game if you encounter a lag. Enjoy your adventure!