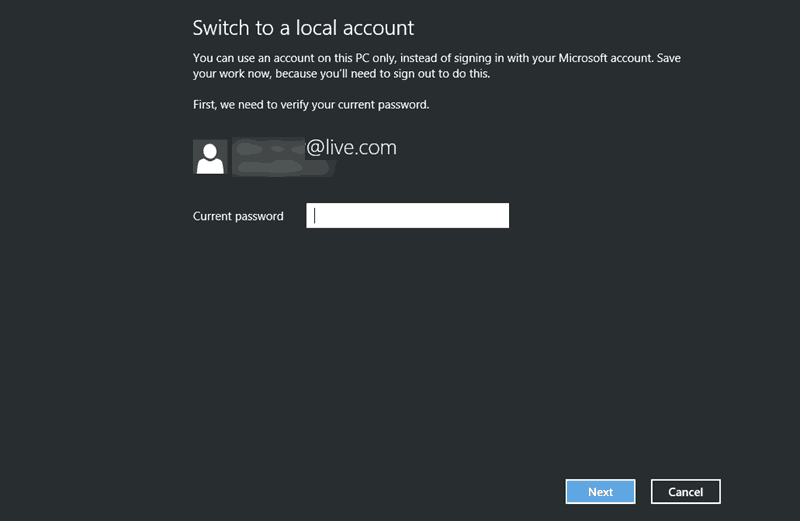 How unexciting and boring looks heavy machinery for anyone who is not crazy about them, and that’s a great deal of people. This game manages to turn tables and make cranes as exciting as spaceships.

We included The Little Crane That Could on our list of the best simulation games for mobile, and thought it was well worth reminding of, especially since it recently went on sale, and you could get all the premium levels for free.

It may not look like something special, and truth be told, you might not be too tempted by the description, or the screenshots. A crane moving objects – how much fun can that be? In fact, I personally did not get the knack of it until the third mission when the task got a little bit more complicated, and I could start appreciating the game’s virtues. However, the multimillion downloads suggest people love it. Let us see if it’s a game for you.

The game consists of tasks, and each task comes with a specific crane, a scene and objects to be moved to reach a pre-defined objective. Well, that’s basically what cranes do – they load and unload heavy cargo, repair or build structures, move stuff, so the fun of it initially escaped me, as I was familiarizing myself with the controls. And then it hit me – the controls! 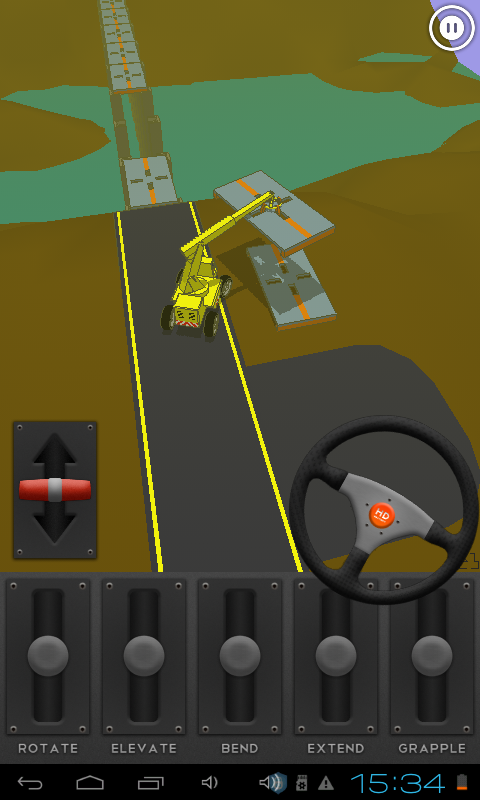 The Little Crane That Could is one of those hardcore physics-based games where everything is nearly 100% realistic, and the controls are so numerous and intuitive, you actually enjoy controlling a crane.

It wasn’t until I realized the full extent of controls in this game that I started truly enjoying it. You can extend the jib, rotate and bend it, grapple, steer forward and reverse while the toggles offer unprecedented precision and responsiveness for a mobile game. 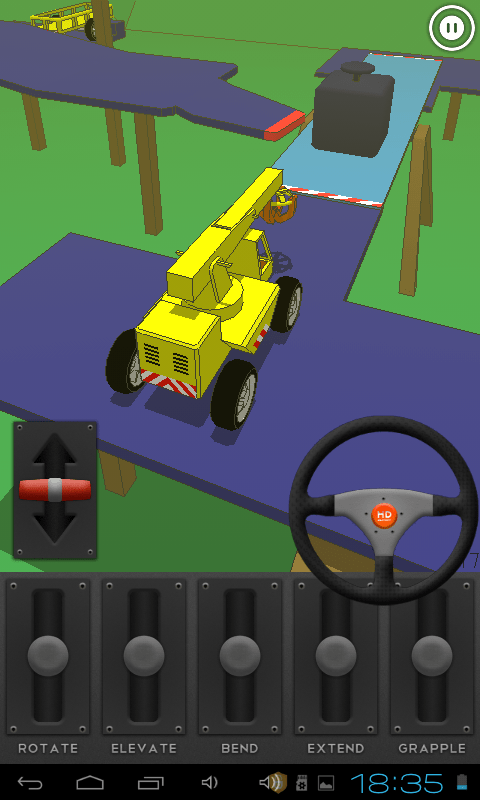 The game is in 3D, but don’t expect spectacular effects here. In fact, the visuals look plain, but that does not matter. What matters is the precision depth you can reach by zooming in and out, rotating and changing the view angle as you please. You can literally dive under the machine, or peek in between the box and the crane for that precise millimeter to grab accurately. The sounds are absolutely realistic and stick to the objective at hand – huffing and puffing, buzzing and screeching. No cutesy music here. The beauty of this game is not in fancy looks, but in what it lets you do, and it lets you do everything you can do with a crane and things it can grab and load. That’s where the true fun begins.

As I said, the first couple of missions made me shrug – grab this, go there, unload and be happy. However, when I got to the first task that made me focus, I was blown away without realizing it – the precision and focus required by the game makes you dive into the process completely. The gameplay is so immersive, and the controls are so precise, I discovered I could actually enjoy operating a crane, too.

Sometimes, I would do something stupid and totally screw up the site, scattering things all over, or sending my crane in the monotone-blue vortex of the game’s dark zone, and that is fun, too. 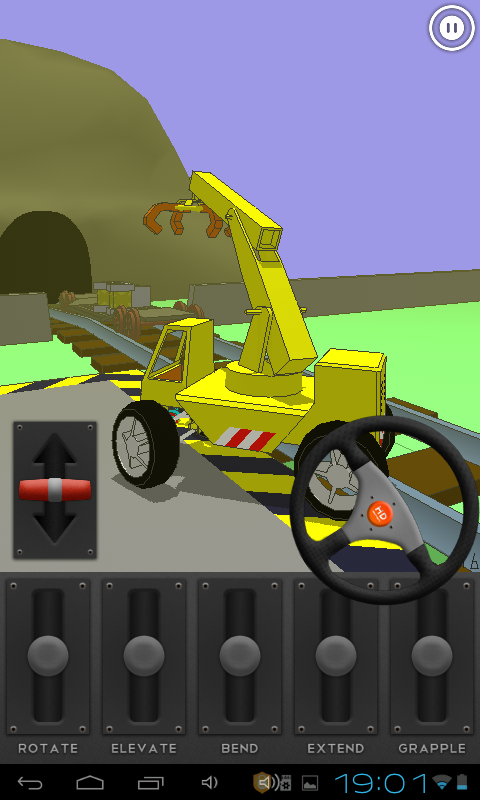 The Little Crane That Could is one of the best simulator games available for mobile devices. Its bold charm is not in special effects, but in highly realistic physics, advanced and responsive controls system and immersive, challenging game-play. It’s not a casual time-killer, but a top-notch challenge to your spatial vision, creativity and ability to stay focused. Irrespective of whether you aim to become a mobile crane expert, or simply enjoy the heavily physics-based game-play, the Little Crane That Could has all the pre-requisites in the right places, except for the game’s title maybe. With the exception of the slightly awkward name, the game is a real gem making something as plain and boring as operating a crane into a genuinely fun and immersive process, which makes me think about that first chapter in Mark Twain’s Tom Sawyer, when the boy hated painting that fence, and made it look like it’s fun, and before long, everyone wanted to paint that fence for him.