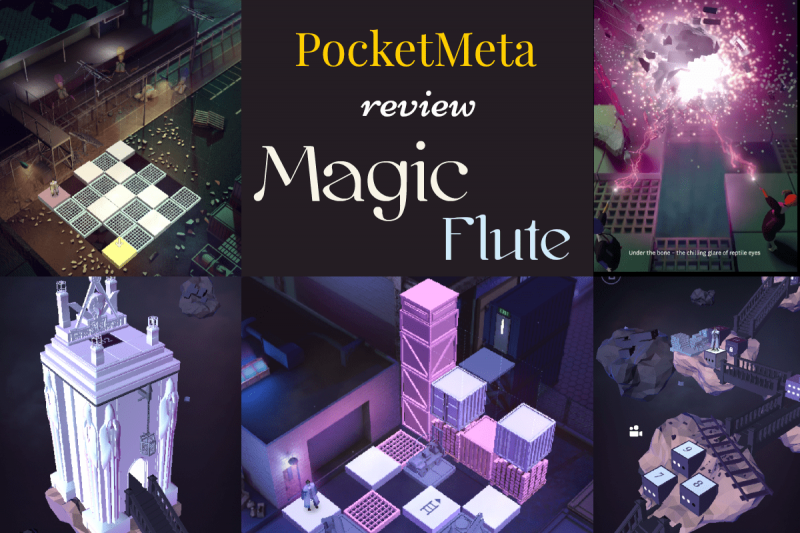 Magic Flute, Mozart, and Amon Miyamoto may or may not ring a bell to you, but Magic Flute: Puzzle Adventure will because it’s the best of both worlds. A world of classical music, modern art, and a world of mobile gaming, specifically block sliding puzzles at their finest.

I expected nothing as I started playing Magic Flute, and from the first levels I thought “wow, this feels a lot like Monument Valley, which is a good thing. But will it impress?” 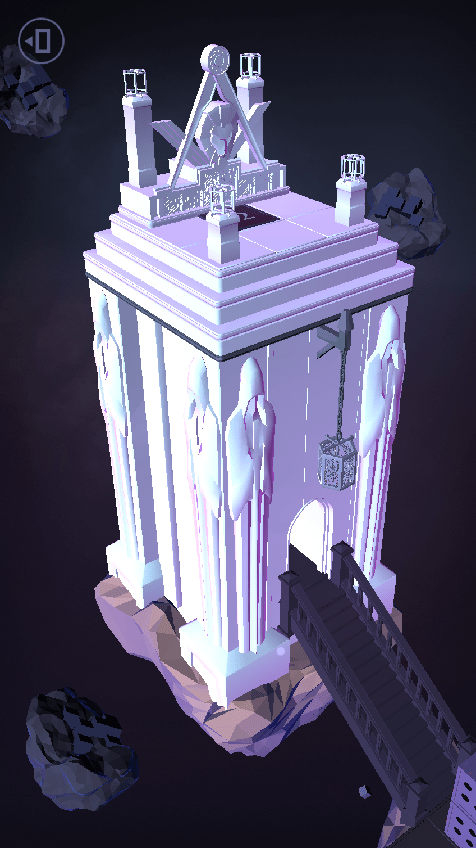 Here is a fast recap of the opera’s and game’s story for a non-initiated but curious mind. Tamino is a prince trapped in a magical world. The Queen of the Night is a sort of a magic queen whose daughter Pamina was kidnapped by Sarastro, a sorcerer. Papageno is a bird catcher and a friend of Tamino. Tamino and Papageno set out on a trip to save Pamina while Tamino has fallen in love with her picture. Three fairies give them two magic gifts – a magic flute to Tamino, which turns sorrow into joy, and bells to Papageno, which make everyone dance.

Sarastro is not evil, but finds the Queen of the Night obnoxious, and thinks Pamina is best guided by a man. But the chief of his guards Monostatos is a lustful bastard who laid his eye on young Pamina. Long story short, Tamino, Pamina, and Papageno have to make their way through a series of traps, tests, and trials in order to prove to the gods and Sarastro that they are worthy of freedom to make the choice whom to love, wed and all that jazz. 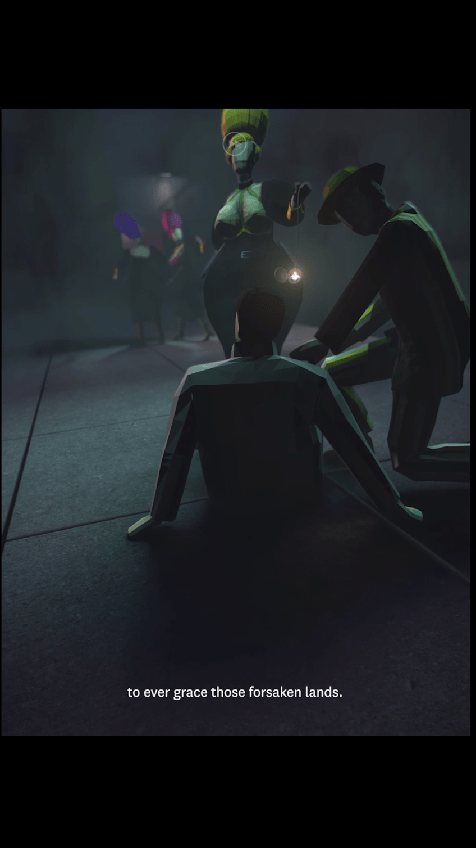 Magic Flute consists of 32 increasingly difficult levels. You have a cube and your characters inside it. In each level, you play with one or two of the characters plus the anti-heroes blocking their way. You only get to move your characters and the blocks that can be moved.

The grid has mostly three sides where you get to move blocks and tiles. Your objective is to get the heroes from the cube to the exit. Sometimes, there is an additional task of taking an item, escaping a beast, or talking to someone. The tiles, crates, and boxes come in several types, and the further you are in the game, the more variety of them you will have to deal with, but the basics are the following. Your hero can step on white tiles or crates. At some point there appear black ones, which collapse once the character steps on them, so you can use them only once to pass. Then, there are tiles that don’t move at all; there are tiles that move, but you can’t step on them. The tiles on the floor sometimes come with ladders directed to a specific side. The boxes and crates and platforms on the two walls can only move along their corresponding walls, but can’t be shifted between the walls. There are also boxes, crates and tubes that can be moved, but can’t be used as a path on the walls.

So, the gameplay is basically moving all that stuff about the grid, trying out combinations, sequences, trying to calculate several steps ahead. 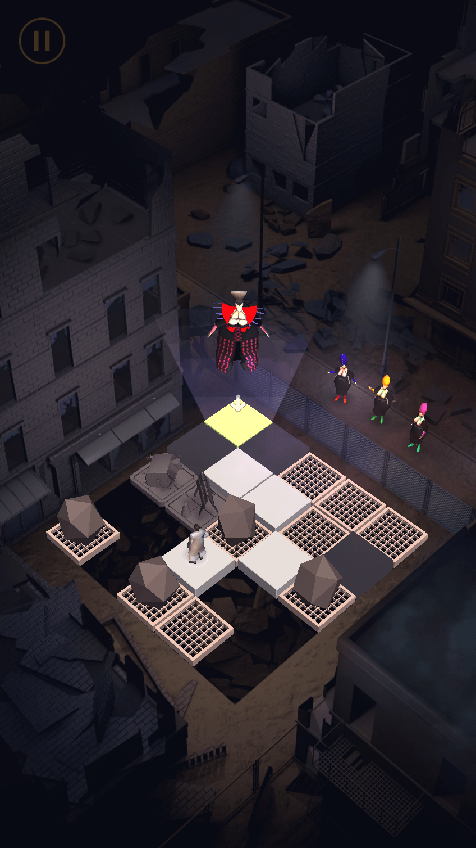 Don’t let the simplicity of the first several levels fool you. The difficulty curve is uneven. Some levels are fairly accessible, others will have you tear your hair out. I got stuck on a level for two days. I might have had a mind block of sorts because when I got back to it today, I solved it. I can’t really describe the childish joy and excitement I felt when I finally did, but I was clapping my hands and felt triumphant.

Surprisingly, the following few levels felt more accessible, and then again something that made me feel my brain move inside my skull. That was disturbing. 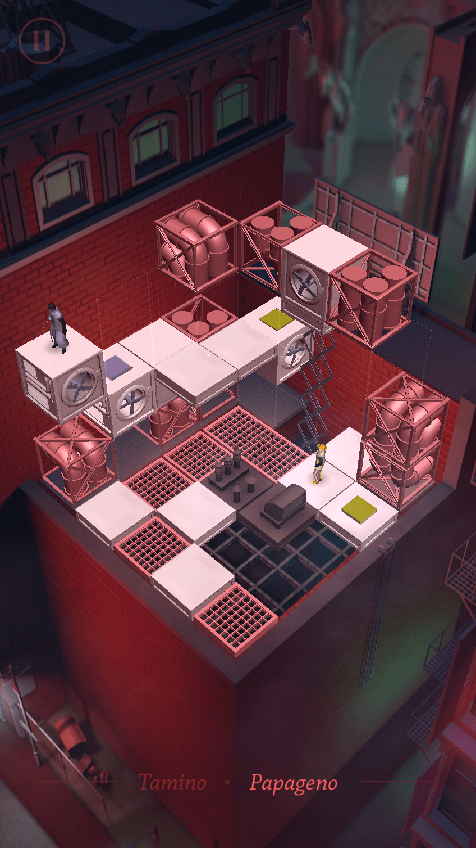 Every now and then I get in positions that make my eyes pop out of sockets and cry in disbelief. Lost, cornered and overheated, I retreat until the next day. That’s the kind of difficulty Magic Flute has on offer.

At the same time, it is addicting and finds its way to your heart, so I had my girlfriend and my nephews totally hooked on it.

The difficulty is further amplified by the loathsome three-star system. Instead of stars, you earn flute holes from 1 to 3 depending on the time you spend solving a puzzle. The catch behind the flute holes is in the checkpoints. 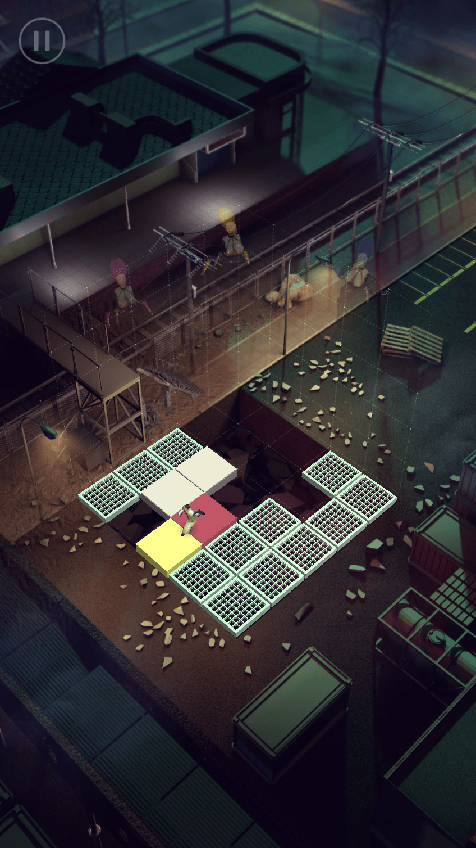 There are three checkpoints per 32 levels. The first checkpoint requires you to score 18 holes to access the subsequent batch of levels. The other two checkpoints require 24 holes each. So, at a specific point in the game you may face the closed doors, and will have to turn around and replay the levels where you scored one hole. On some occasions, it may not be such a daunting task because once you replay a level several times you remember the walkthrough.

Here comes the final touch for the difficulty. Some levels are so complex I forget how I solved them the moment it’s over. In addition, you really don’t know the time you need to score for three holes because it’s different for each level, but the game never tells you how good or bad you are doing while you are in a level. Overall, I am ashamed to admit how many levels I barely beat with one flute hole only.

With all that hardship, I am not complaining. Somehow, Magic Flute manages to be enjoyable and maintain a steady influx of serotonin to make the victories worth the struggle. 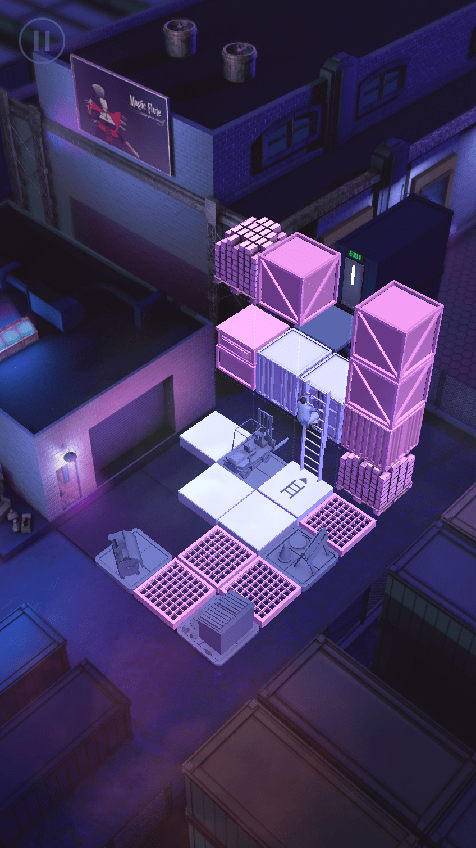 Hence, you will have to replay some of the levels to score three flute holes inevitably. However, the game’s replayability is not limited by the obligatory replays alone. I am placing it in the drawer next to Monument Valley because I am not uninstalling it when I am done. It’s simply such a delightful and atmospheric experience I am sure I will be playing it with my family and friends, or alone while sipping my coffee with a drop of booze in it. It’s a game to boast off, and people get curious about what it is.

One more thing – the location of the tiles and blocks in a cube is randomly generated. I was stunned when I first noticed that as I was hitting Replay on a hard level and noticed the difference of the initial placement. As far as I noticed, it only affects the movable parts while the fixed parts remain unchanged. At later stages when the guards come to play, their placement is also affected. Now, I have not experienced this bug, but I read that sometimes the random placement generates layouts that are impossible to beat. Even if it is so, I see no problem with that because hitting a Replay button when I am stuck does not affect anything but my self-esteem. UI-wise, everything is top-notch and you don’t need to tap multiple times to get anywhere in the menu here. 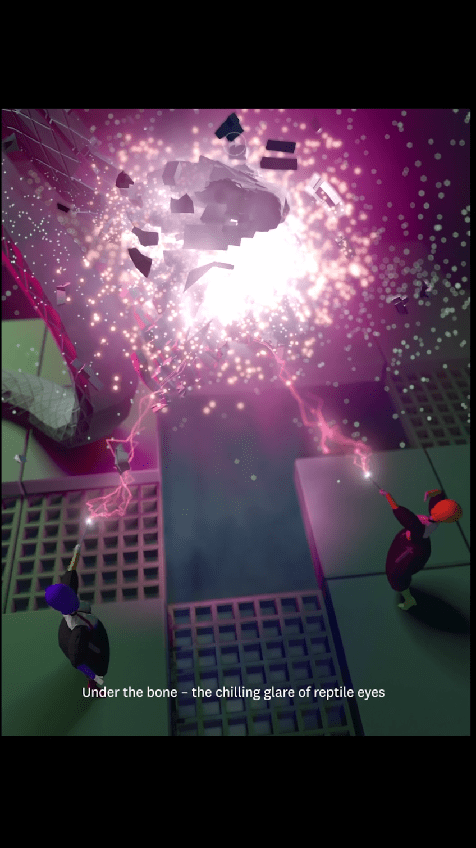 If you take a look at the Japanese staging of Magic Flute by Amon Miyamoto you will recognize the style. Don’t expect high detail from the characters – they are supposed to be low-poly. At the same time, they have enough details to have the personality. Each has a set of specific animations they perform while waiting for you to get the hang of the puzzle. They dance, they yawn, they stretch their limbs – it’s funny.

The tiles, crates, and boxes are Hitman Go-style or Lara Croft Go, both comparisons seem to be relevant. The clean shapes and crisp colors of the tiles and boxes create a delightful contrast to the detailed and gorgeous backgrounds. The latter come in a great variety, from the woods to the industrial scene. Overall, the game is very easy on the eyes. The cut scenes are amazing, wish there were more of them. The voice over job is excellent, and the trendy British accent sounds the way a fairy-tale should.

Combined, the narration, the characters, their counter-agents, the cube with all its filling and the environments create a unique world. The world that has its special air, its vibe – it’s magic. Yes, the magic is the right word because it’s very immersive, engrossing and classy. And then, there is the music. I don’t feel refined enough to have the words for Mozart. I had a time in my life when I was very fond of the classical music, and Chopin, Beethoven, Tchaikovsky, and Liszt were on my playlist. That was before jazz, chillout, trip-hop and electro came along and corrupted my perception, but I do know the Sleeping Beauty Waltz did not come from Tom and Jerry. So, yes, the music is magical and purifying. 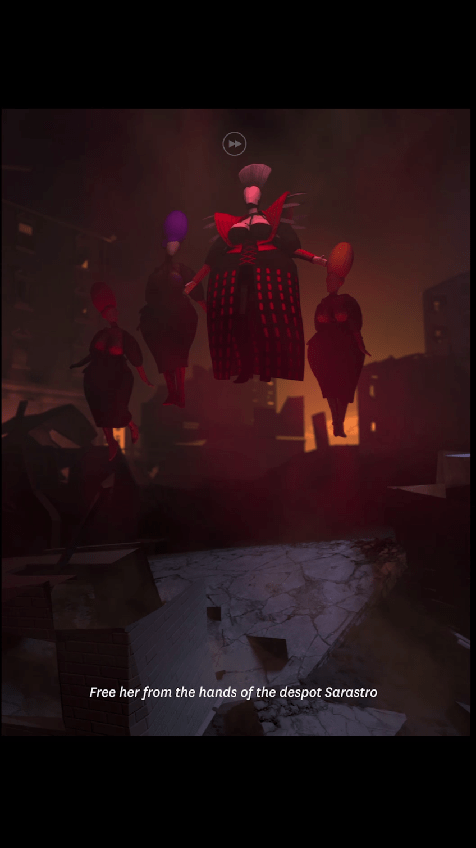 I have not experienced any issues thus far and I am 2/3 into the game. 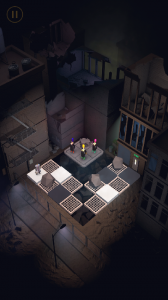 Magic Flute is a sophisticated work of art and a hard block-sliding puzzle that goes right on the pantheon of artsy brain teasers for mobile next to Monument Valley. If you enjoyed the latter, or Lara Croft Go, or Hitman Go, you will love Magic Flute. It’s appropriate for any age category, and its brain-boosting effect is further complemented by its artistic value. Its main virtue, however, is not the fact that it’s based on a classical opera – it’s that it’s addicting and fun to play and looks top notch. Let this game work its magic to your senses, for the magic it has.

P.S. I want the Nutcracker made into a game like this.