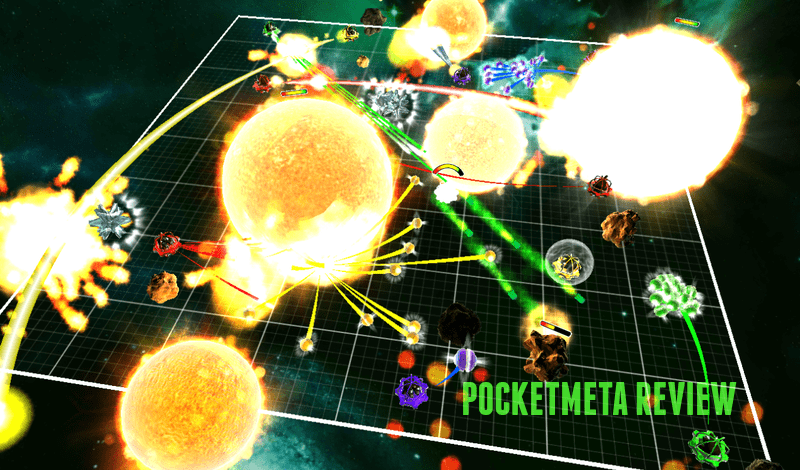 The first time I looked at this game I thought “what is the deal with the mammoths, and how does sci-fi and space combat play with the cartoonish characters and saucers? Seems completely far-fetched.” By far, this is one of the oddest game concepts I’ve seen, but by the time I sorted things out I was neck-deep in the gameplay, engrossed, open-mouthed and enamored. Before you read this review, grab this $1 indie gem and start playing.

To answer the mammoth question, I am assuming the developer needed a not-so-overused character to put behind the wheel of a flying saucer. Would a green blob look better? Certainly not, we’re fed up with them. But what is the deal with the hairy elephants, I kept asking myself. And then I got a flashback to 1997, the release of the benchmark work of art in modern sci-fi – The Fifth Element. The Mondoshawan look equally clumsy and out of place in their spaceships, and it did not prevent them from being the primordial keepers of all godhood in the multiverse. Once my mind found the comfortable reference point, I was relieved from the nagging and saw the brilliant game behind the elephant.

The game puts you in control of the red team of mammoths battling it out on the 3D space battlefield against other teams, or just to mine for crystals. You are restricted by the confines of the said battlefield, which is drawn out as a digital grid. 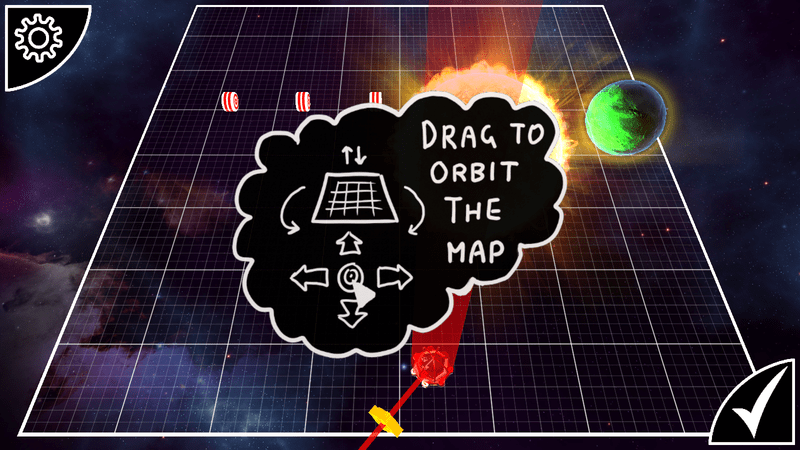 Your mammoths have a plethora of weapons from space rifles to grenades, cannons and triple cannons, bombs, lasers and anti-matter missiles and what not.

First, you tap on a specific mammoth to enter the Edit mode. Here, you can choose the weapon and aim. The tricky part about aiming is in the title of the game – gravity. There is a ton of space objects floating all over the battlefield – asteroids, suns, planets, some space junk. The point is to take into account their gravitational fields when aiming because the fire does not follow a direct trajectory.

It’s like the better, mature version of Angry Birds for the grown-ups and the fans of geometry and all things scientific. 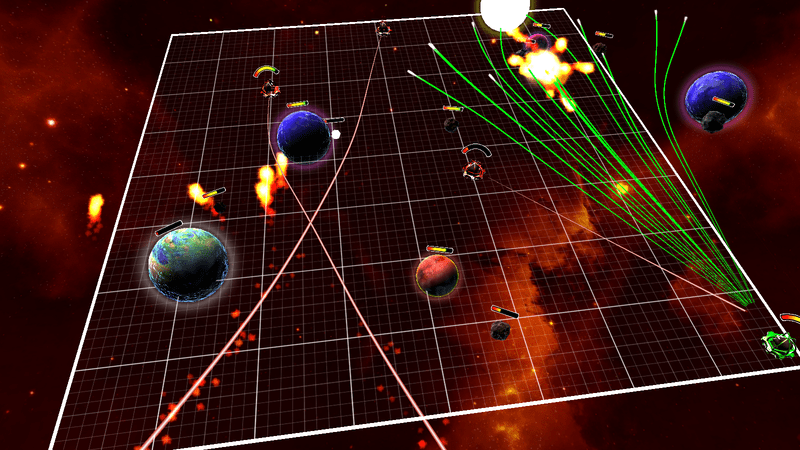 When you are done aiming, or re-positioning your mammoth, which is also an option in the weapons menu, you switch to the Preview mode. This is where you can rotate the battlefield back and forth, and head to toes in full 3D. Whenever you play with a team of mammoths, don’t forget you need to edit all of your mammoths before you hit Check.

When you hit Check, all the parties involved fire their share of explosives and it looks cinematic. When in other missions, like mining, you will have different assignments, but the basics of the gameplay is pretty much the same – study the grid, point and aim carefully taking into account the gravitational pull of the stars nearby, fire. 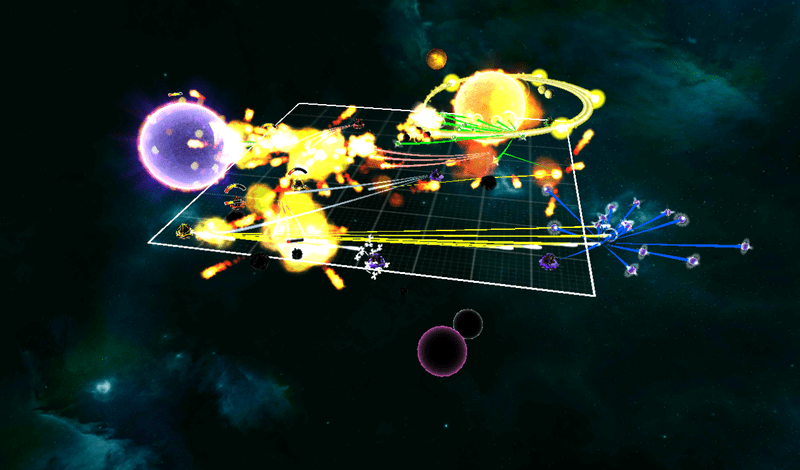 I am amazed at why this game costs $1 only because the amount of content and replayability it offers have exceeded my expectations. First, there are the Tutorial levels, about ten of them, when the game teaches you how to use different weapons, move around the grid, mine for crystals and so on.

Next is the Campaign mode consisting of 60 levels, and the Battle mode that splits in five section – single-player, and local multiplayer modes for 2, 3 and 4 players playing on the same device.

The grids are randomly generated, so you never play on the same battlefield, and it’s marvelous, especially when you see how diverse the space layouts are with all the suns and planets, asteroids and team placement. 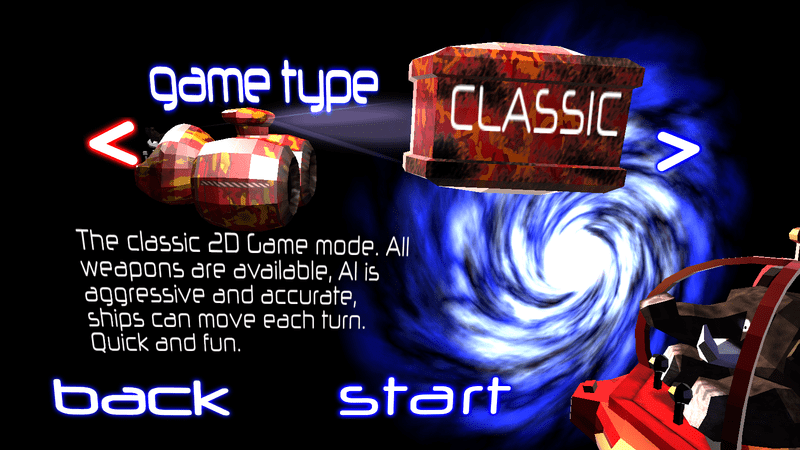 All that space opera ties well into the realistic laws of physics, which reminds me of another great sci-fi game Interstellar. Black holes, wormholes, crazy Armageddon blasts exploding to Supernova look spectacular. Don’t forget your own mammoths will be affected by the nearby blasts and might get pushed from their positions, including towards the nearby space objects, so blasting into a star is not an unlikely option. Top that with a feast of the arsenal – it really gets tedious tapping through all of the weapons, sometimes doubting which one to choose, so there is never shortage of choice.

Finally, the game does not punish free play, so when I wanted to blast the targets and my nephews demanded we blast a planet or the star, we discovered this kind of behavior is totally acceptable, and even watched one star consume another.

Finally, the game lets you switch from 3D to a simpler 2D if you are having trouble with focusing and aiming in 3D, but I don’t see any difficulty in playing in the juicy and vivid 3D. 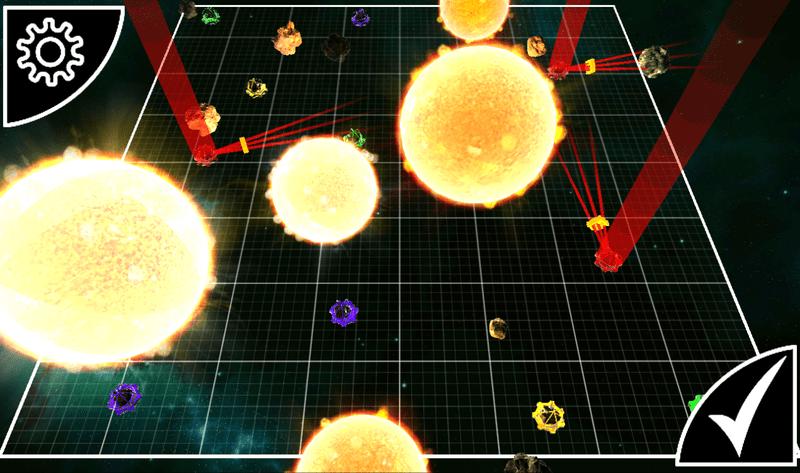 The touch controls are smooth, responsive and intuitive while the 3D grid can be dizzying when you rotate it looking for a better angle. 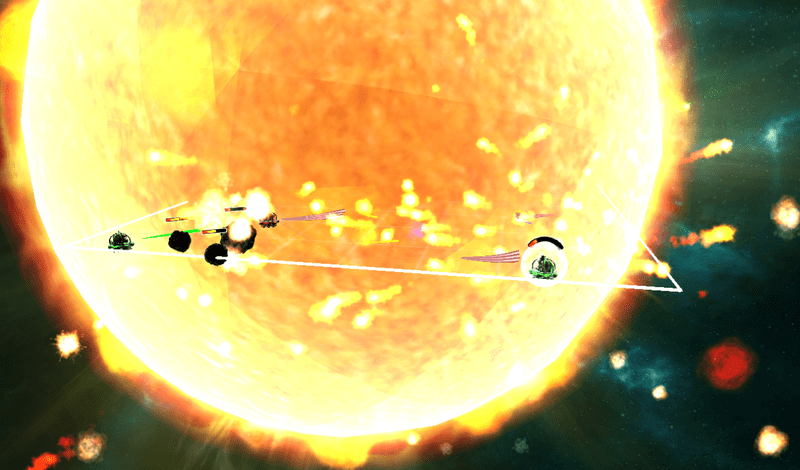 Despite my being wary about how well the mammoths would look in this space setting, I was thoroughly impressed by the level of polish and the visual effects, shades, transitions, particles, and the like. Whenever the game plays out the battle, and the grid gets filled with flying missiles, it all looks like the hell broke loose and we are witnessing the cosmic apocalypse. The visuals are cinematic, awe-inspiring and perfectly wallpaper-ish while the mammoths look surprisingly powerful and serious when they kick your butt on the battlefield.

The soundtrack came as another surprise, being a catchy retro gaming electronic style reminiscent of the 80’s – a final bull’s eye blow that completed the experience. 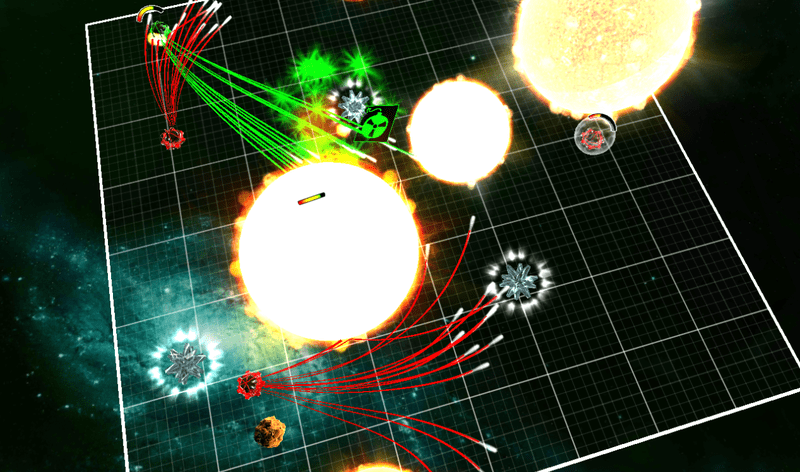 The $1 game does not seem to contain any IAPs or ads whatsoever. Moreover, Mammoth Gravity Battles is very modest in its permission requests. By the way, the game is currently available on Android and Windows Phone and desktops, the latter offering a free demo version. All things considered, it’s a very generous offer, and a rare one that does not fry your brain with ads. 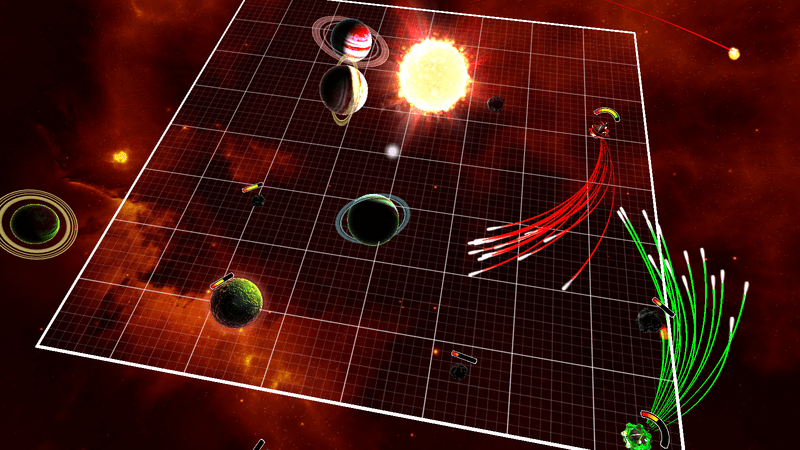 I was almost waiting to see whether it would throw a tantrum on me – after all, the game is content-loaded, and with all the mammoths it is heavy. Alas, the game runs smooth and lets you focus on the strategy, geometry, gravity and team play, for every mammoth has to not only take down the enemy, but also cover each other’s backs. After all, mammoths are stronger when stand united. 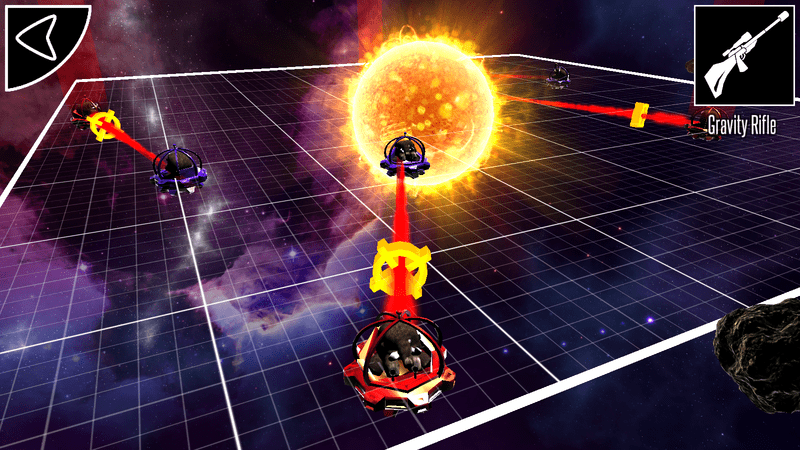 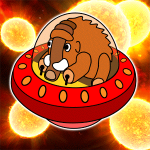 Mammoth Gravity Battles is a delightful game of skill, and anyone age 5 to 55 with an interest in space, physics and strategy should try it. It appeals to the same audience Angry Birds do, which is basically anyone with a mobile device. Dazzling design, intuitive UI, smooth controls and performance complement the addicting and rewarding gameplay, while the amount of content suggests you’ll be enjoying this inexplicably modern old-school space shooter for a long time. Its subtle take lets you master the weapons without getting blown away by their amount and different mechanics during the first levels. Everything about it is intuitive, fun and original. Can’t recommend it more.