One of the things I love about the mobile gaming industry, is that someone will create a game based off of a unique idea — once that game achieves success, you start to see several similar games with interesting twists. Today, we’re looking at Max Axe, a game quite similar to Temple Run and Subway Surfers. That’s not to say Temple Run was an extremely unique idea, since the endless runner genre dates back much further than even the first smartphone, so hopefully my initial statement isn’t taken out of context.

Regardless, Max Axe is definitely unique it quite a few ways, but if you aren’t a fan of the endless runner style game-play, there isn’t much here for you.

While the game isn’t ugly by any means, some of the graphics could use a bit of work — especially on tablet devices. Some of the enemies you encounter look pretty good, and have very smooth animations, whereas a few (like the unicorns), look a bit off. The interface as a whole is nothing to brag about, and just like the enemy models, some areas look pretty good but certain menus and graphics drag it down overall. 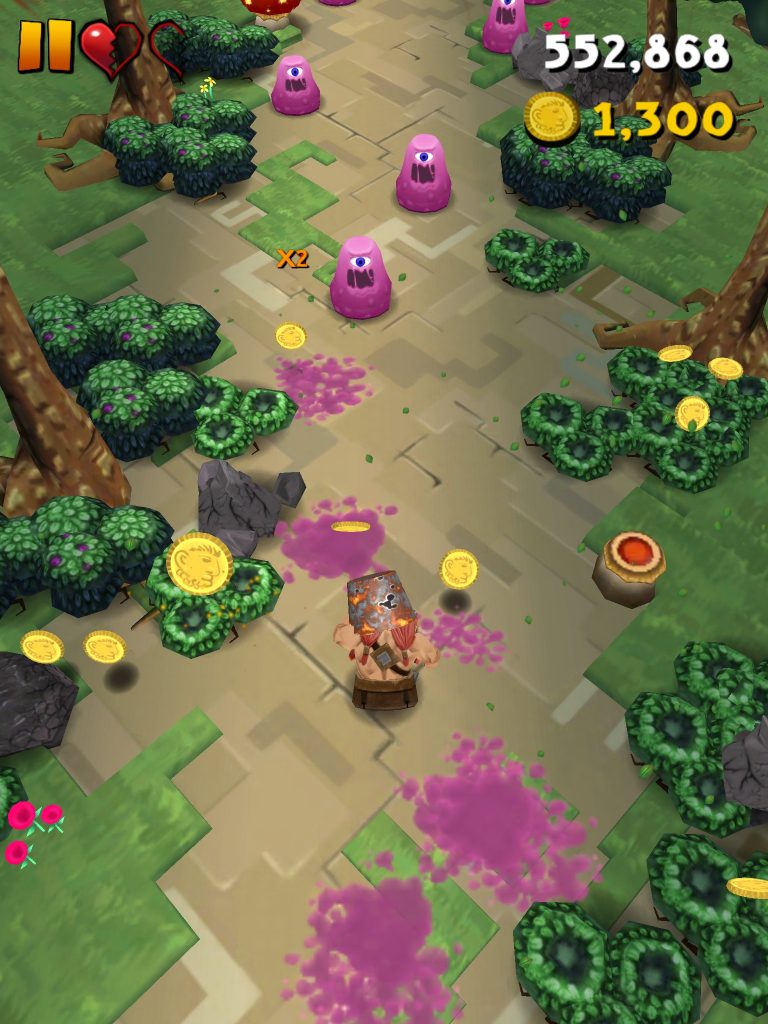 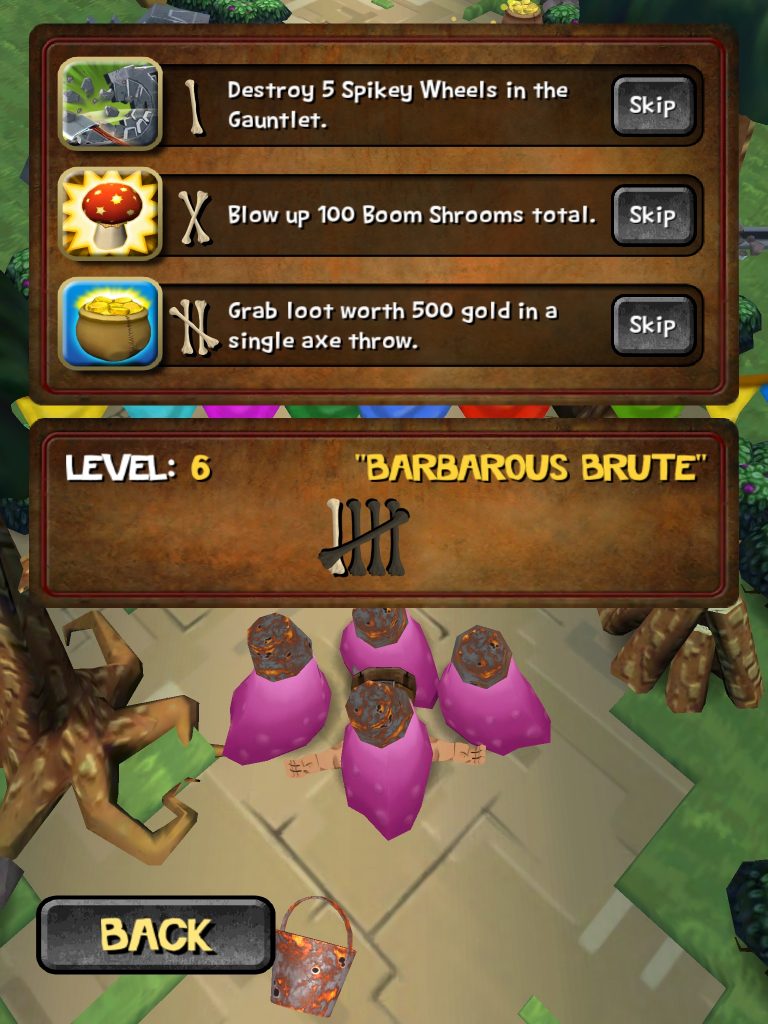 In all honesty, the things that aren’t great, are still very minor. However the statement about tablets is still very true, if this review were based completely on how the game looks on an iPad, the score wouldn’t be quite so high. Still, the animations when you collect coins, or explode a mushroom, are standouts to me — and they keep the game appealing to the eye.

One of the most enticing aspects of endless runner type games is the intensity factor, games like Temple Run require the player to have good reflexes, otherwise they won’t progress very far. Max Axe is a bit more lenient, and whether or not you like it that way, that’s really the only way you can play the game. Your character doesn’t move tremendously fast, and neither do the enemies for the most part, and there are a variety of ways to make the game easier with the right amount of coins. By upgrading your character’s health, you are able to take more hits, allowing you to play through a level longer — but it removes the sense of urgency to be on your toes at all times.

Although, on the other hand, once you’ve gone through a decent chunk of the level, things start to heat up rather quickly. Unfortunately, it seems to transition too fast, and the level goes from being relatively slow and easy, to a finger swipe fest where you’re firing off as many axes as possible just to survive. It seems as though the level becomes more about how powerful your character is, rather than your ability to aim your shots and take out enemies in an effective manner. 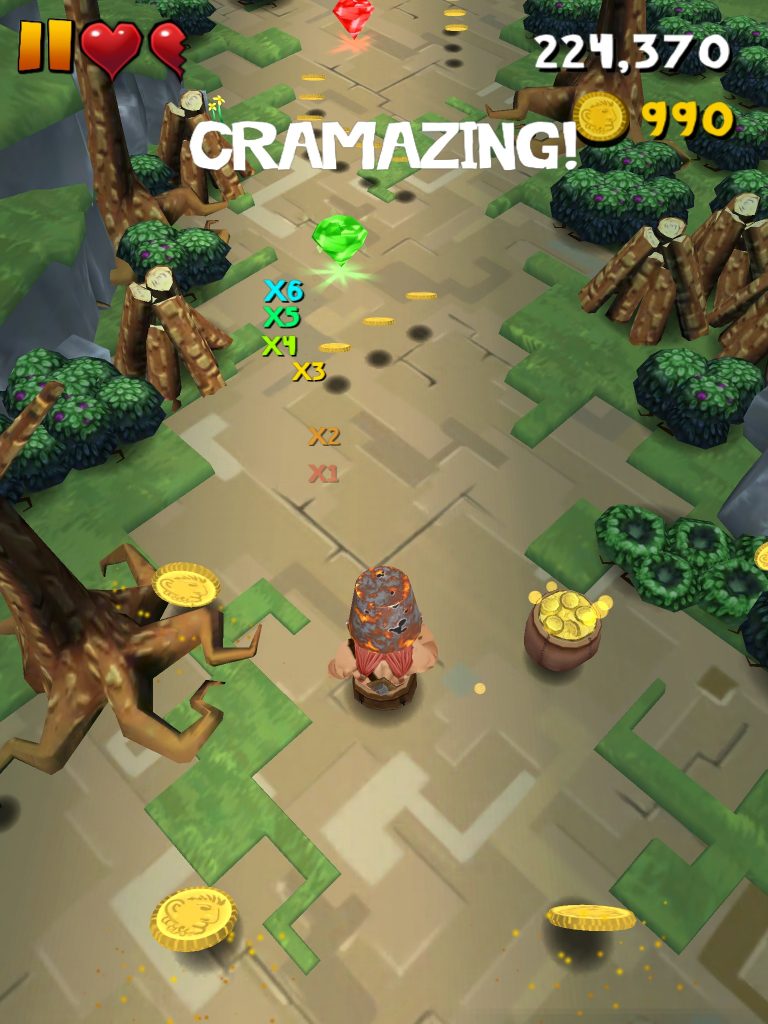 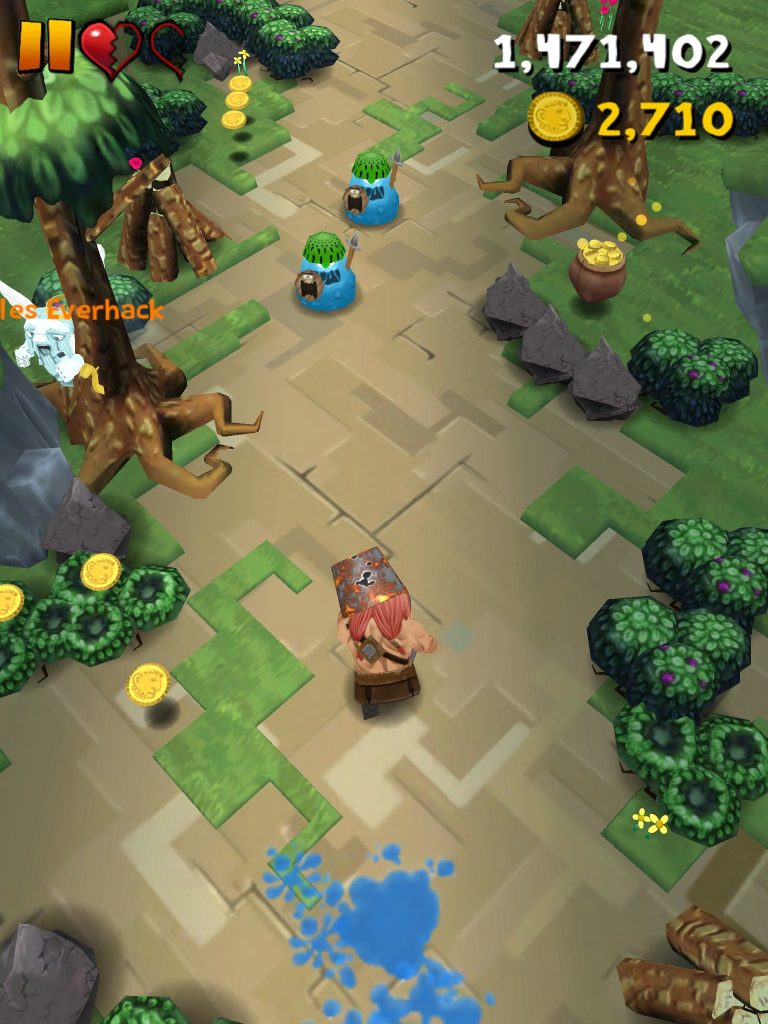 Things do eventually get better as you continue to unlock upgrades, and once you’re around level 10 it becomes a bit more balanced in regards to difficulty transitions throughout the level. Still, it never feels quite as natural of a progression compared to other endless runner games, and it’s almost as if there’s a certain point in the level you simply can’t surpass due to an overwhelming amount of enemies with too much defense. Once you unlock a better weapon, you’re able to take them out, but it’s just followed by another very difficult wave of monsters.

Despite the Game-play woes that somewhat plague the overall experience of Max Axe, and the very minor visual flaws, this game shines through on how addicting it is. The general consensus regarding endless runner games, is that if you don’t like one, you most likely won’t enjoy playing any of them — which is why I can’t guarantee every single person that plays Max Axe will enjoy playing it for extended periods of time. However, the upgrades are obtainable frequently enough to keep you wanting to play, and actively trying to accomplish achievements and score as many coins as possible. 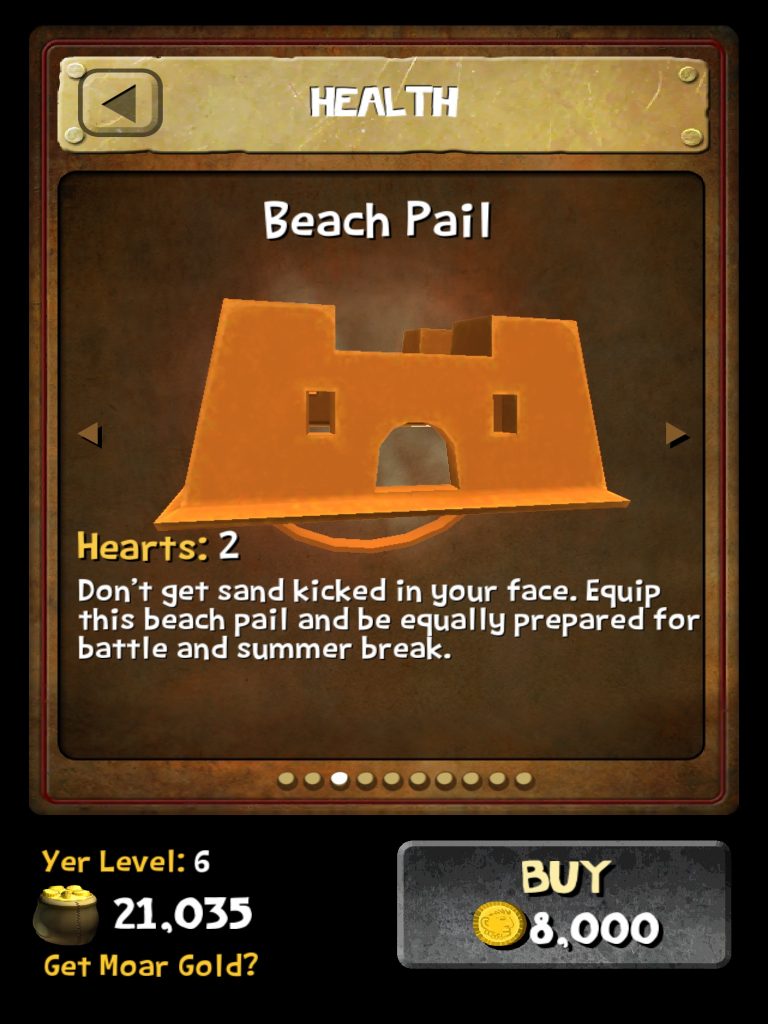 Having an actual visual upgrade is also a major factor in making the upgrade enticing. I found myself trying extra hard to unlock certain things just so I could see how it looked on my character as I marched through the forest. As frustrating as it can be some times when the levels seem to be impossible at certain points, you can always rest assured knowing that after a few more loot runs, you can make quick work of those enemies the next time around. The ever-changing list of achievements is also something to work towards, and does a good job of keeping you interested in what you’re trying to accomplish during the mission — instead of mindlessly chucking axes.

Max Axe is a solid game, but unfortunately I think it has pretty much reached it’s peak. If the developers wanted, they could fix up a few graphical issues, and even out the level difficulty, but I can’t say that would necessarily improve the game too much. One thing that could add some variety to the game, is a campaign mode added alongside the already existing endless mode. Since the game almost feels like you’re playing through levels now, it could be nice to have a structured level format to accompany it (besides the character level you’re already given).

Hopefully some of these ideas are applied in the future, instead of just more ability upgrades to entice players into spending cash to unlock them.

The major selling point for this game is that it will likely keep you occupied for quite some time, however, the overall mechanics of the game do need some work. It doesn’t seem too likely that the changes will be made, as it would probably require a complete overhaul of how the game is played.

However, this game made it to #2 of my list of the 10 best time killing android games, and I’m sticking to that opinion.

Click here to check out Max Axe on the Apple App Store!

Click here to check out Max Axe on the Google Play Store!

Got an opinion about this game or the review? Leave a comment below.