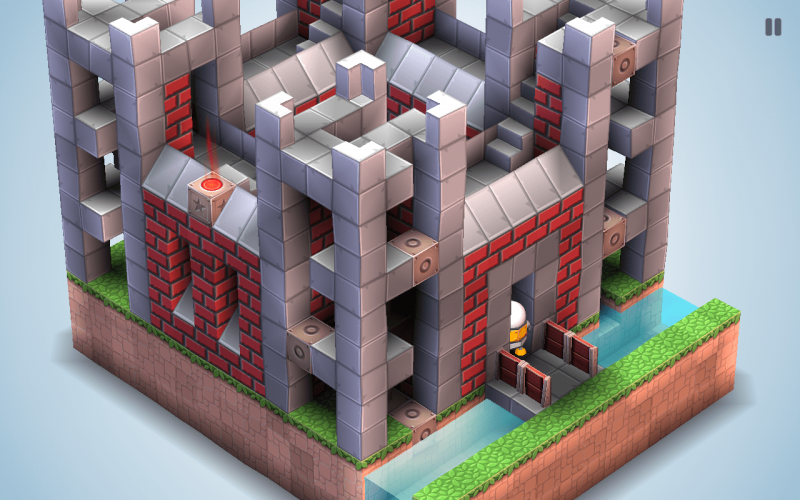 Mekorama launched about a week ago, and made quite an appearance. Martin Magni is an indie who gave us Odd Bot Out (review), which was on our list of the best games of 2015. I was hoping the Odd Bot would get a sequel, and was excited to get my hands on the new game. What can I say – it’s amazing in every aspect.

Compare Mekorama to Monument Valley all you want, I am not with you in this. Mekorama is a work of art that deserves to be reviewed on its own merits, and given credit and praise it deserves, so that’s what we’re going to try to do now.

First off, the visuals are superb. Crisp and clean, every detail of this somewhat Minecraft-ish world of bricks, grass and wood looks like it’s real. The accompanying sound effects of moving and shifting parts add to the 3D realism while Odd Bot has acquired more flesh, and now has arms. Its limbs move with its body in a surprisingly realistic, somewhat asynchronous manner. It’s easy to overlook at first, but when I started wondering what is it that makes Mekorama feel more like a physical toy than a mobile game, Odd Bot is the culprit. Its moves and all the hard work that’s been put to make the little guy look realistic are fantastic. 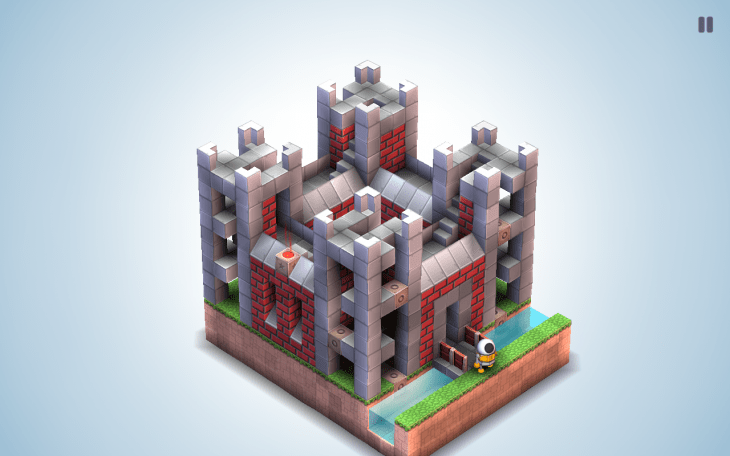 The effect is achieved through something that’s called secondary animation, which means every limb moves with the initial impulse, but in its turn. There are things like inertia that will make it fall off the edge, or miss the mark. Every move is nuanced and meaningful, so the result is that of a very polished and lovingly crafted game, with its unique environment and inhabitants. Soundtrack is sweet, and if I am not mistaken the developer is also the composer here.

While Odd Bot Out had a story to it, which saw you helping Odd to escape the robot factory that dumped it in the trash, Mekorama does not quite tell you the purpose of all the puzzle solving. It seems as if Odd found its favorite playground after it escaped the bot factory, and now enjoys itself finding solutions to each of the 50+ mechanical dioramas built by Martin. 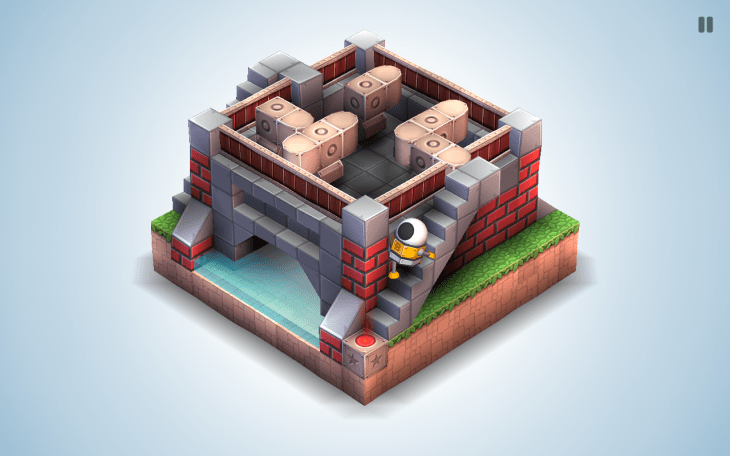 The puzzles deserve a praise. Not only they’re smart and sometimes devilishly tricky, but also virtually infinite due to the level editor. It lets you, and anyone else enjoying the game, build and share unique puzzles, and the Web is already buzzing with new levels players share online. All you have to do is scan the level QR code and voilà, you have a new stage to rack your brain over.

The level editor may seem a little intimidating at first, or so I thought until I saw my youngest niece fearlessly plunging into its debris. She made a few nonsensical structures, but then challenged me with quite a legitimate diorama that was not only dependent on me shifting the right elements, but also timing my moves.

So, yes, Mekorama is very smart and totally makes it to the list of educational and developmental games. The variety of mechanics deployed in each stage is different. There are levers, and windmills, and water, and elevators, and other robots sometimes quite annoyingly electrified. Odd can end up in a disadvantageous position if you don’t think your moves through.

All things considered, the difficulty is spot-on. It is very rewarding to solve a stage on your own, but if you get stuck, you have options. First, you can look up the solution online – with the current level of game engagement there are many YouTube walkthroughs. Second, you can buy Hints. Third, you can skip the tricky level and play with a different one.

The controls are smooth. You can rotate the structures any way you want, and even zoom in and out. I have not had any problems with tapping on the right tiles, especially since the game recognizes both portrait and landscape mode, which is a rarity in itself. So, the controls, UI and overall user experience are superb. 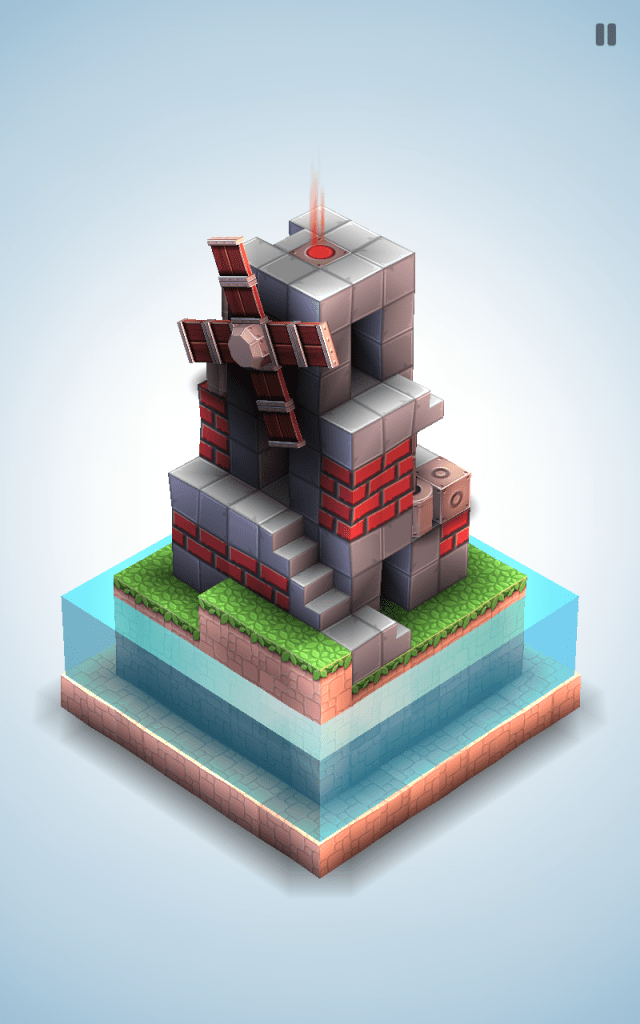 Mekorama is pay what you want – a daring and industry-defying move that evokes nothing but respect and admiration. At this point, I can’t help but think of Shia LaBeouf, when he had a “crisis” and made a few public moves that got him bad rep and tons of hatred and bashing online. He then sat in the middle of a crowded street with a table filled with hammers and other stuff people could hurt him with and express their distaste to his behavior. As he confessed in Helen DeGeneres show, the passersby turned out to be very friendly and humane, and nobody wanted to punch him. Quite the opposite. This is not about the bizarre behavior, it’s about the humane in people.

So, what Mekorama’s developer has done here is bring the conversation to the gamers – pay what you want if you think the game is worth it, and if you have the conscience and self-awareness. If for some reason you can’t afford to pay the price you think the game is worth, just rate it, and let others know you’ve enjoyed it. Very seldom, games have a heart and a humane treatment of the player, and Mekorama is definitely one of such games. 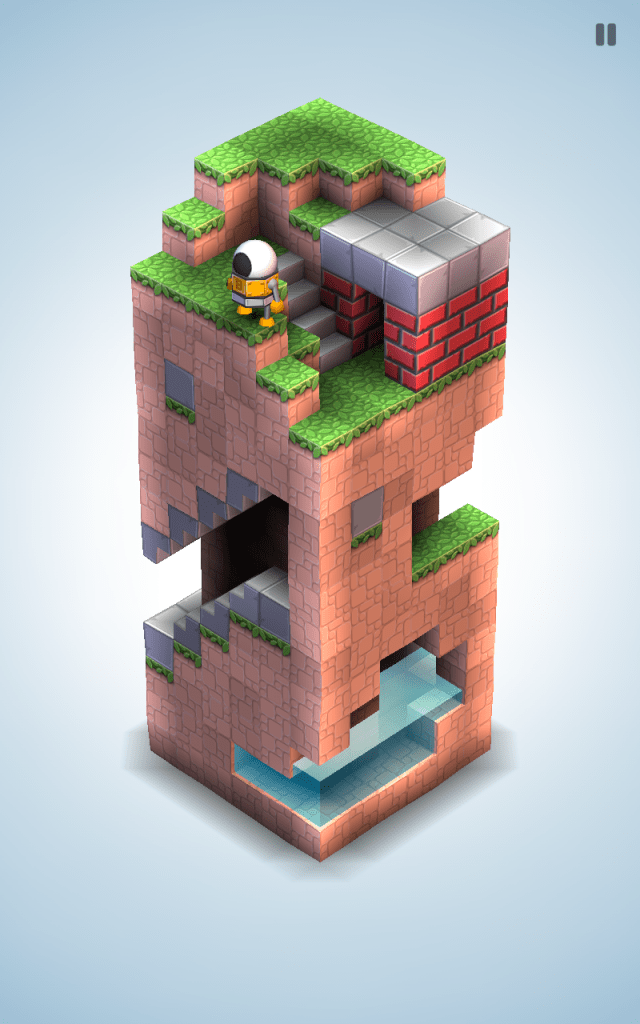 Performance is flawless. Replay value is virtually unlimited thanks to the level editor and the community-created levels. This is not to say it’s endless. I’ve been toying with it for about a week until my short attention span got me distracted, but those who have a knack on building levels will invest a lot more time in it.

No level is locked under an IAP. No energy system. Not even ads. It’s apt for players of all ages and mental abilities. It’s kind, beautiful and smart.

In my personal book of games, Mekorama is definitely one of the best games this season, and it goes directly to my list of the best games of the year. If you like clever puzzles and prefer the indie side of the market, you should be playing Mekorama by now. 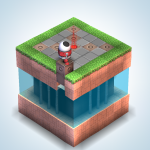