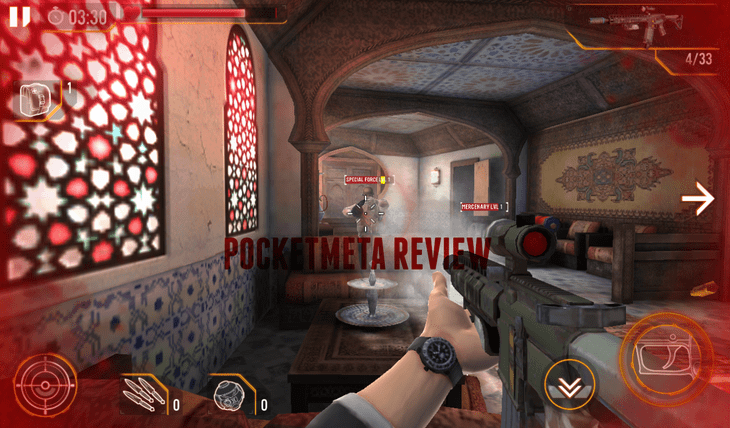 “Your mission, should you choose to accept it…” and the legendary Lalo Schifrin’s theme from Mission Impossible, remastered of course, is the only thing you get of Ethan Hunt and his team in Glu’s Mission Impossible RogueNation FPS mobile game.

Only one week left till Mission Impossible Rogue Nation debuts in theaters and the media buzz around it becomes intense. So, as it usually happens before a big movie release, one of the AAA developers launches a movie tie-in to harvest some of that spotlight and the money that comes with it. This time it’s Glu, and my fear is the developer might have made a bad favor to its own reputation producing a complete clone of Contract Killer: Sniper with a pale Mission Impossible skin. 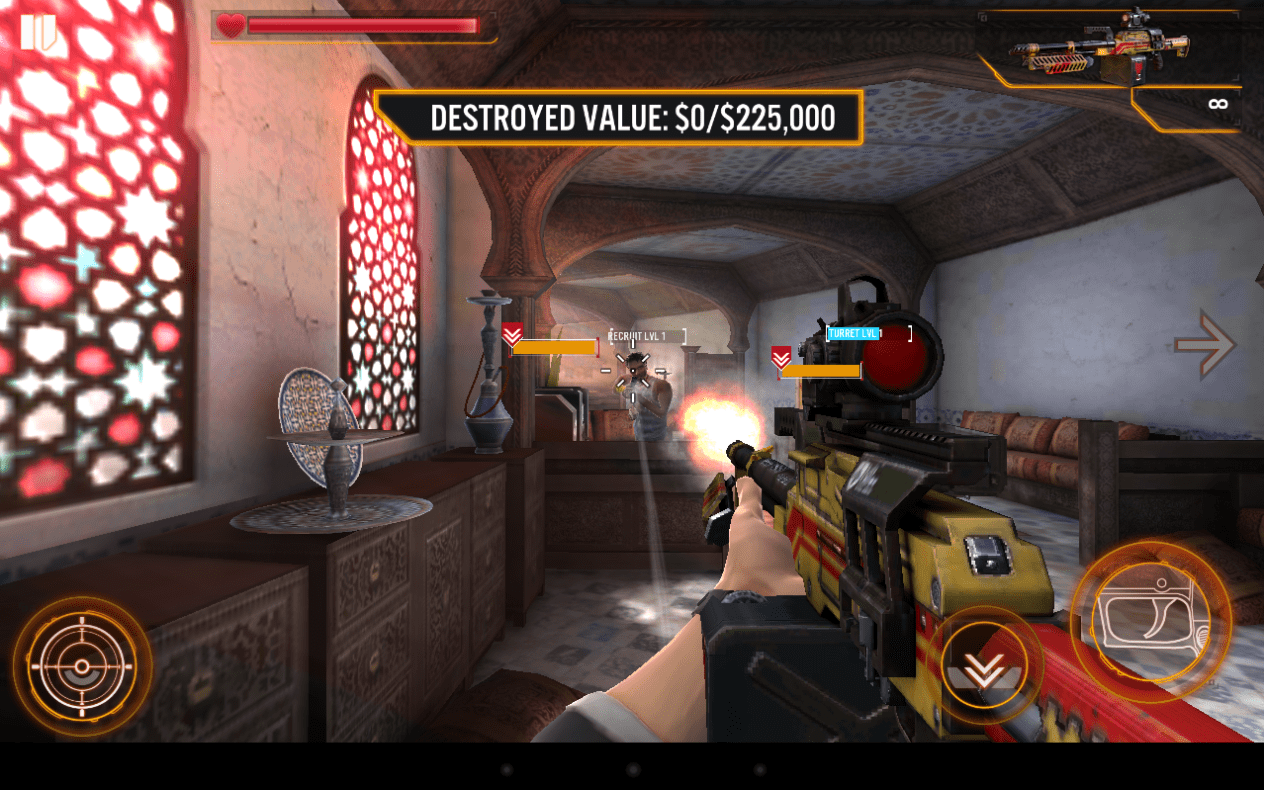 Why is it bad? For one, because it has nothing to do with Mission Impossible, but for the music. The operator girl is vaguely resembling Paula Patton, my favorite Mission Impossible girl who is not in the Rogue Nation for some inexplicable reason, and that’s where the MI 5 reference ends.

There is no Ethan Hunt, so you don’t get to wear that fancy Hawaiian shirt we saw in the trailer. Nor is there anyone from the team, and just when I was hoping we might get to play as Brandt (Jeremy Renner) or at least Benji (Simon Pegg) Glu strips the Contract Killer Sniper guy off his military outfit, puts him in the fancy Dolce and Gabana. Seriously, the guy looks like some cover boy, with make-up and manicure – look at his fingers. By the time my eye caught this little detail, the last specks of my intention to take the game seriously faded into the night. 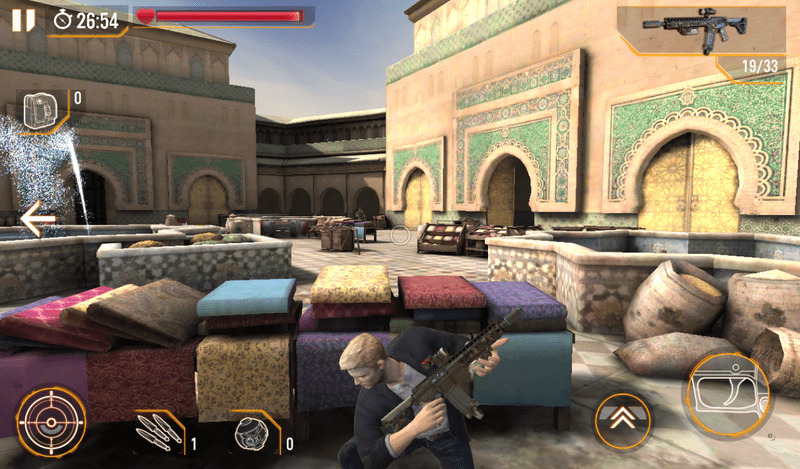 That was about then, when Glu turned on the Mission Impossible theme saying “Now, you follow my finger and as I count from one to ten, you start believing this is a Mission Impossible game and spend $99.99 on the ultimate agent pack!” 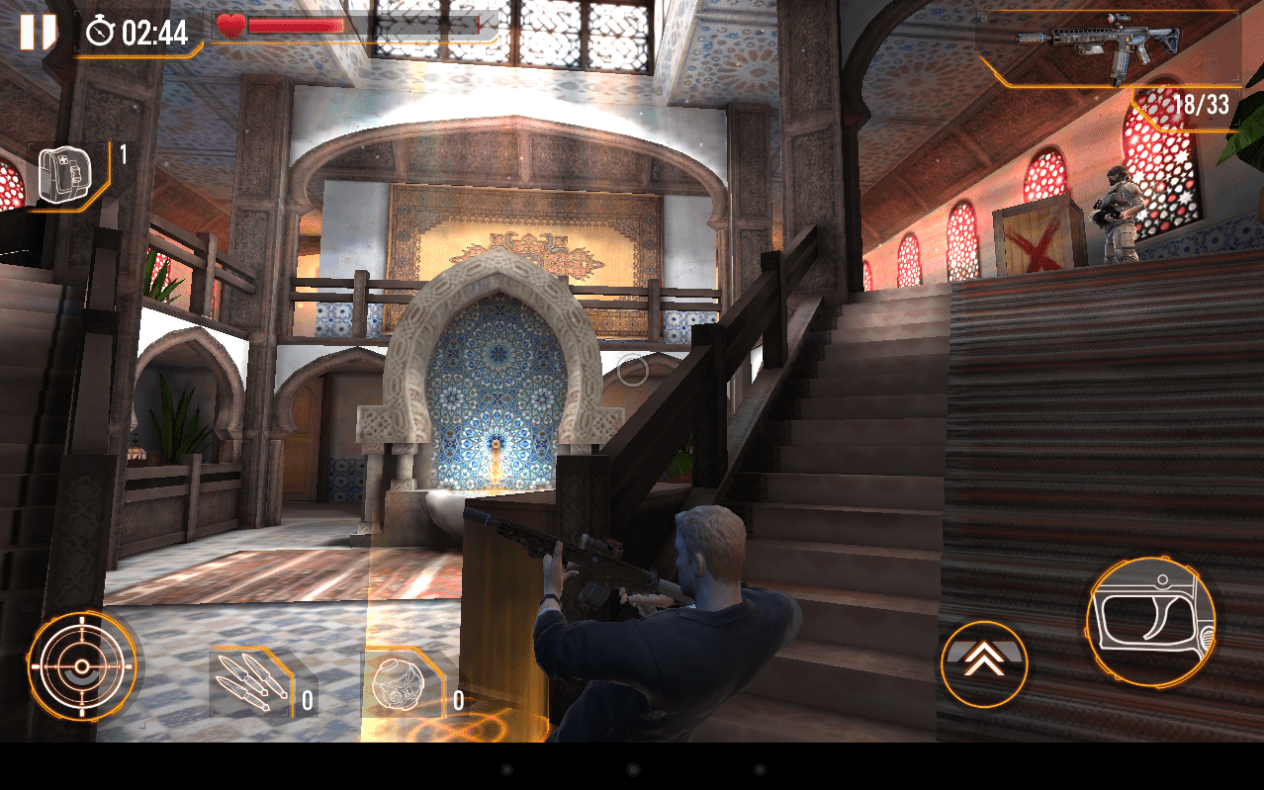 The next disappointment came when I realized I was not going to play with any of the fancy pistols with silencers – the ones you see in the game’s ads, and the ones Ethan Hunt would always keep handy. You are not going to make spectacular entrances blasting the doors and kicking the bad guys in crazy melee attacks, cracking their necks with your legs. Nor will you be climbing any skyscrapers or riding Ducati.

Mission Impossible RogueNation is just that – duck behind a cushion, aim, fire till you need a reload, duck to change position, aim again, fire till dry again, take down the target or plant a bomb and take the meager payment for the job. Seriously, $450 for recovered intel and a gang of slugs is a serious demotivator. 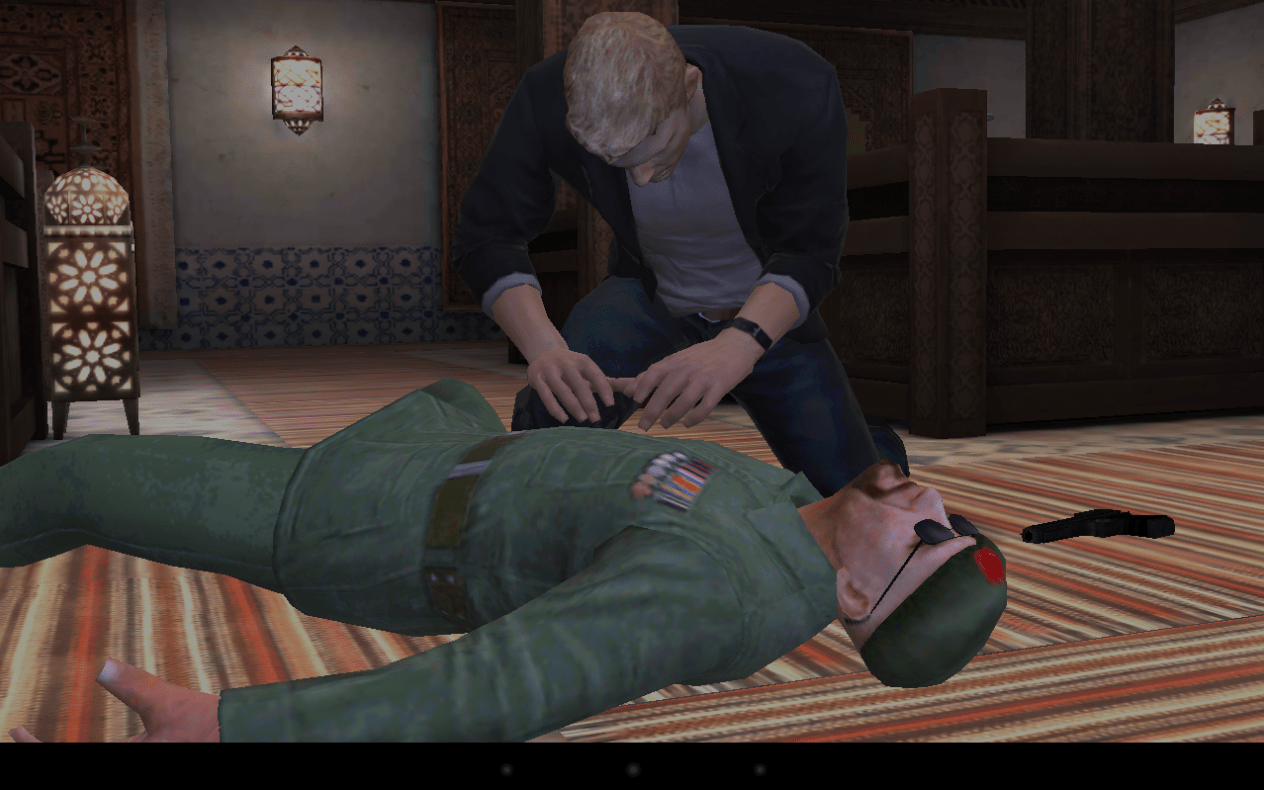 The most ridiculous part is the final scene, after the bad guys have embraced their share of the 9mm, is the sniper guy standing there with his rifle, looking proudly at the massacre and… just “being beautiful.” You know, as in perfume ads for the female audience – I am surprised they didn’t blow a fan in his face for more cinematic effect.

You get to throw knives and grenades, but don’t bother to spend gold bars on them.

Then there are things like joining or creating an agency and fighting in PVP, which sometimes glitches and doesn’t give you the crystals you’ve earned by winning.

However, being a stubborn guy that I am, I persisted with the game, trying to find something positive in my experience. And I found some, although I am not sure it would be enough to keep you playing further than level 5. 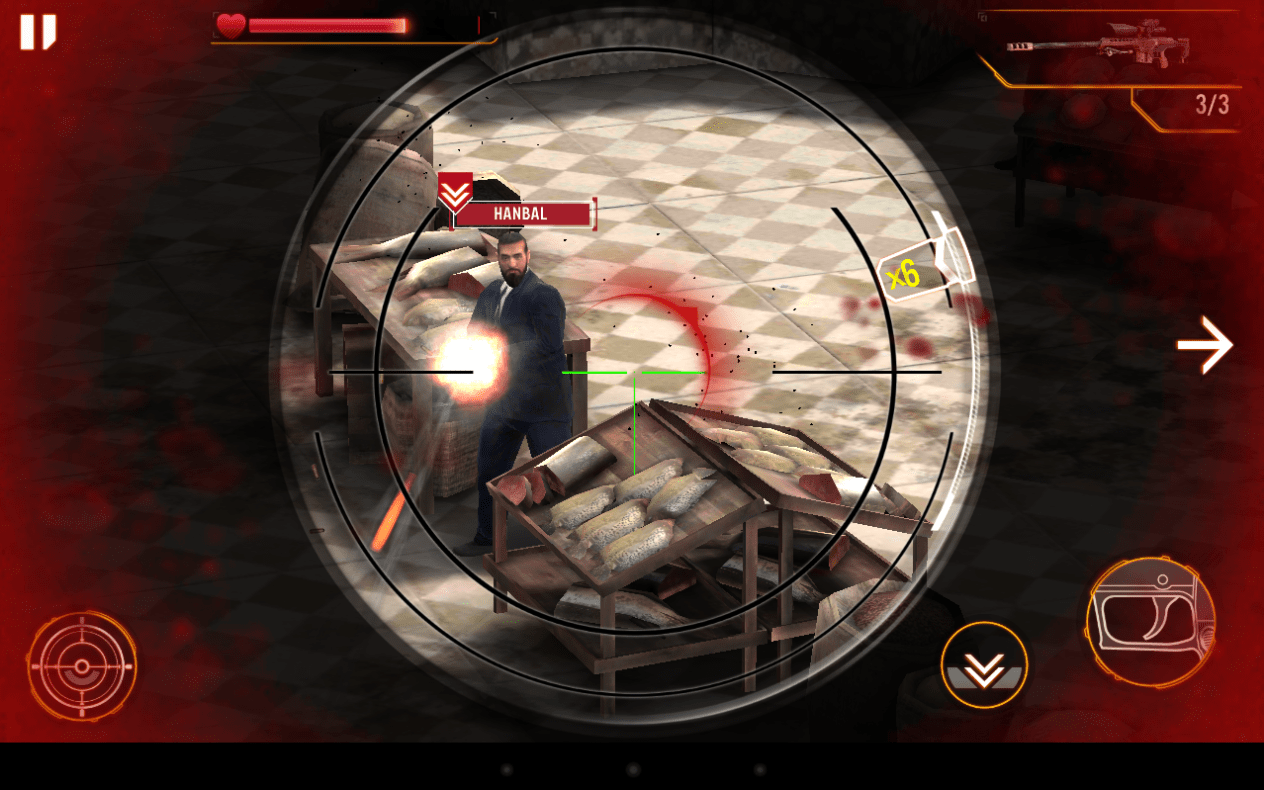 The one thing that is done right in MI RogueNation is the smooth controls with three sensitivity degrees, and the aiming, firing, ducking mechanics. These work flawlessly, and for a while it was fun to take my time looking in the breech sight to aim directly in between the eyes, or in the neck. That was the fun part, but a multitude of other FPS games let you do just that. RogueNation does not bring anything new to the genre, and feels more like a downgrade from Glu’s previous games, alas. The game does look good, I have to give Glu credit for the skin, but then again, you won’t see anything new here. The final bullet still flies with a ridiculous slo-mo, and the blood from the slug’s head splashes before it hits the skull. Since we don’t know the movie’s plot, yet, there is no telling if any of the locations or characters have anything to do with the upcoming release at all. All the areas look good, but meaningless. However, there are three location packs, and once you’ve cleared a certain amount in the first Morocco location, you get to travel to London and Vienna. 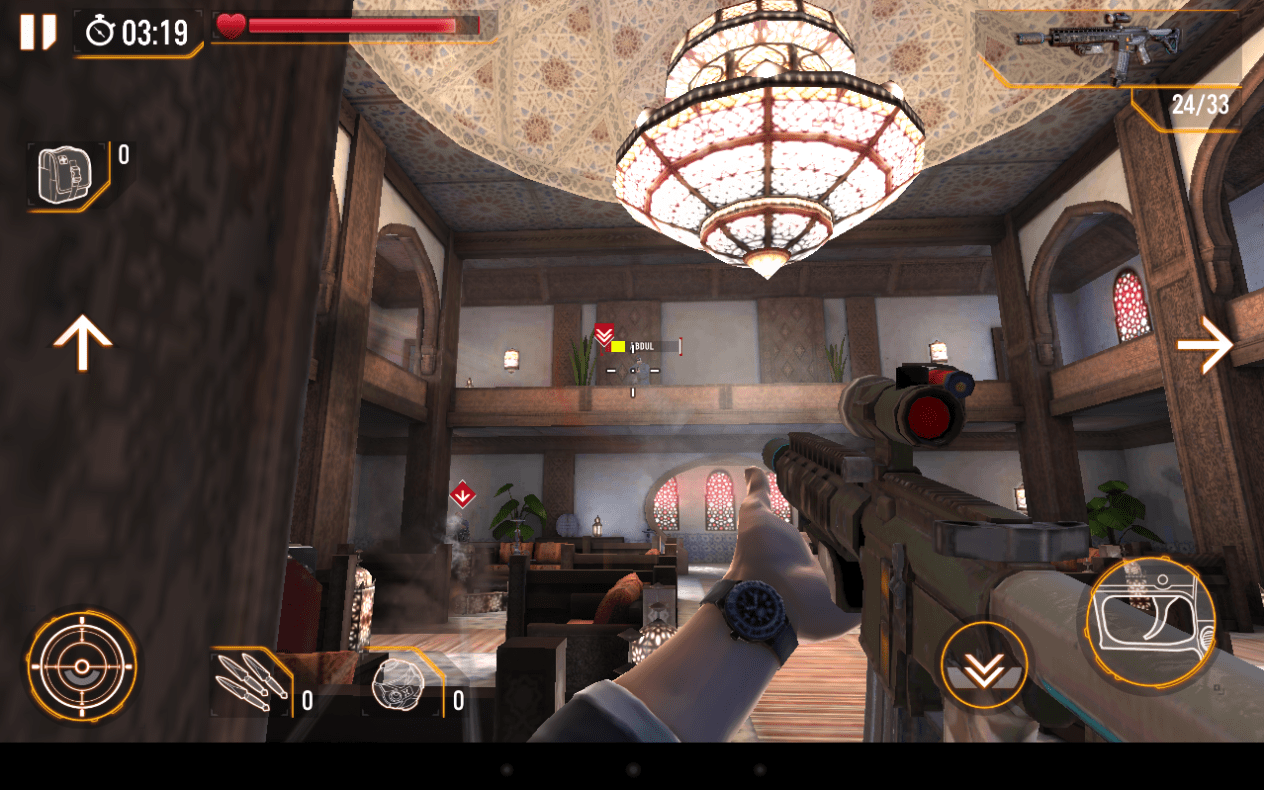 Overall, the UI is intuitive despite being a bit over-stuffed, and once you will have cleared the initial couple of missions, you will be spending a lot of time upgrading the Headquarters, salivating at the picture of a drone, rifles and inaccessible heavy guns and wondering how many pointless grinding hours it would take to get to level 17 and unlock that neat Cobra with 400 power.

The music is superb through no efforts of Glu’s. 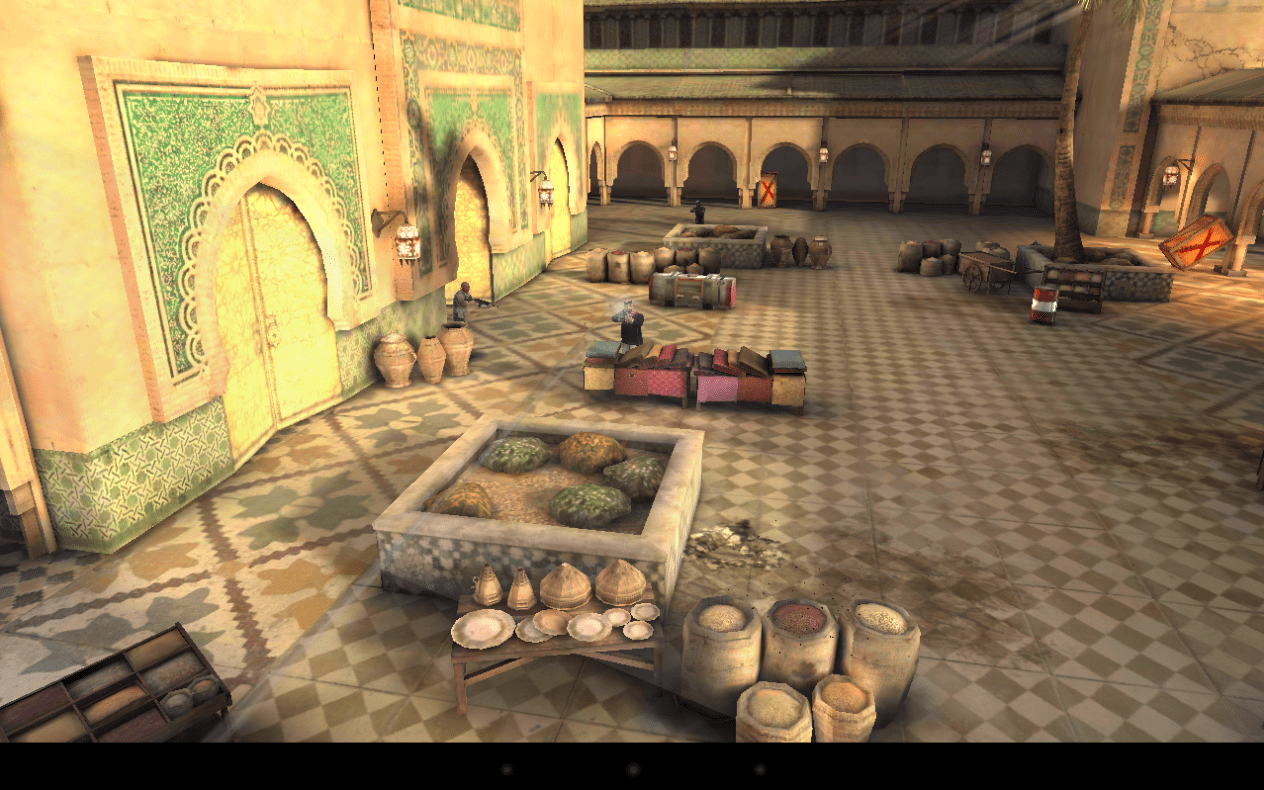 As you would expect in any AAA freemium title, your default rifle is too weak and your headquarters are too flaky to get you anywhere, so the inevitable grinding ensues. You can of course spend some hard-earned dollars on gold bars that buy pretty much everything in this game, which makes it even more ridiculous why on earth would you need crystals and dollars. But since we’re in a Contract Killer Sniper clone, we should not break away from the formula too much.

The Ultimate Agent Pack is on offer and costs 3000 gold, which would require a purchase of 2800 bars that come with 40% free bonus bars and cost $99.99 real world dollars.

The worth of in-game dollars is ridiculous while the crystals buy you upgrades.

The only positive thing about the continuous grind for updates is you can start several of them at the same time, always and if you have enough resources to buy them. 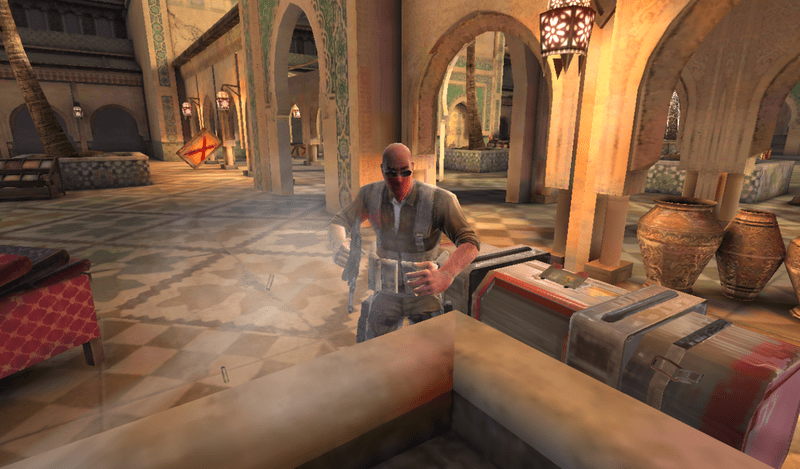 If you want to play a decent Mission Impossible Rogue Nation tie-in, opt for SBK15 – it has a free Rogue Nation track, Tom Cruise with a funny hairdo, the syndicate goons in black helmets and awesome BMW bikes – the ones we see in the trailer. It plays great, and even though it’s just a free bonus track inside an SBK game, it still feels a lot more Mission Impossible than Glu’s creation.

P. S. If you are still determined to play, here are a few tips that should help you during the initial stages. 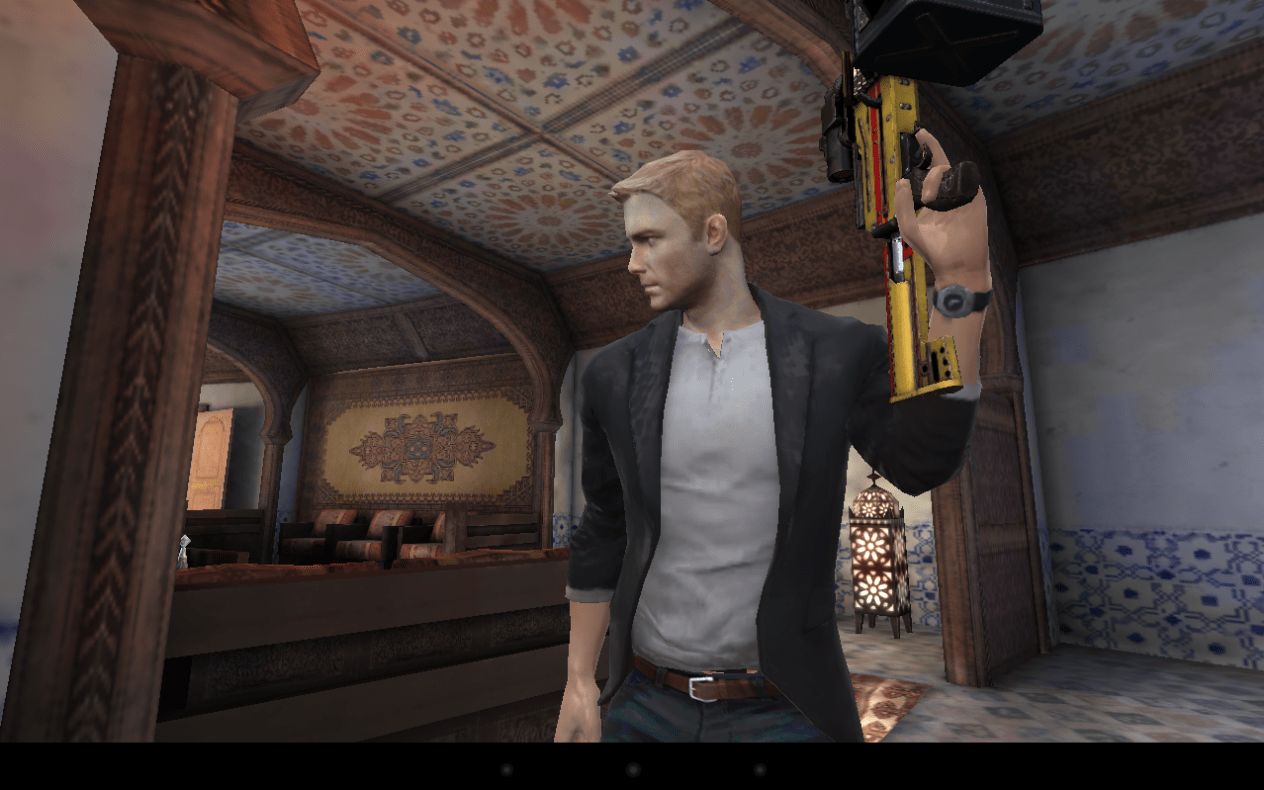 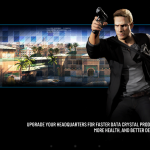 P.P.S. Disappointment probably best describes how I feel about Mission Impossible RogueNation the mobile game. Not that I had high hopes for a movie tie-in, anyway, but the game from Glu could have been much stronger, considering their AAA production budget. On the flip side, I felt genuinely sorry for the AAA developers after watching this video.