There aren’t a whole lot of blockbuster titles on the mobile market, but one of the select few is definitely the Modern Combat series by Gameloft. Despite being criticized for being a knock off of the everpopular Call of Duty series, the Modern Combat games have always seen great success in the previous four installments. Blackout is the most recent release, and it promising to bring intense, action-packed gameplay to mobile devices — and a lot of it. Android users can pick this up for $6.99, but iOS users will need to fork out a bit more, since the game has an $8.99 pricetag on the Apple App Store.

Since the beginning, Modern Combat has been a series known for it’s fantastic graphics, and has always stood out compared to other mobile games. They continue to take it to the next level with each installment, and Blackout is no exception. Obviously it isn’t console quality (remember, it’s still a mobile game), but the textures and character models look fantastic. The weapons look amazing, and of course what would a war game be without bad-ass explosions. 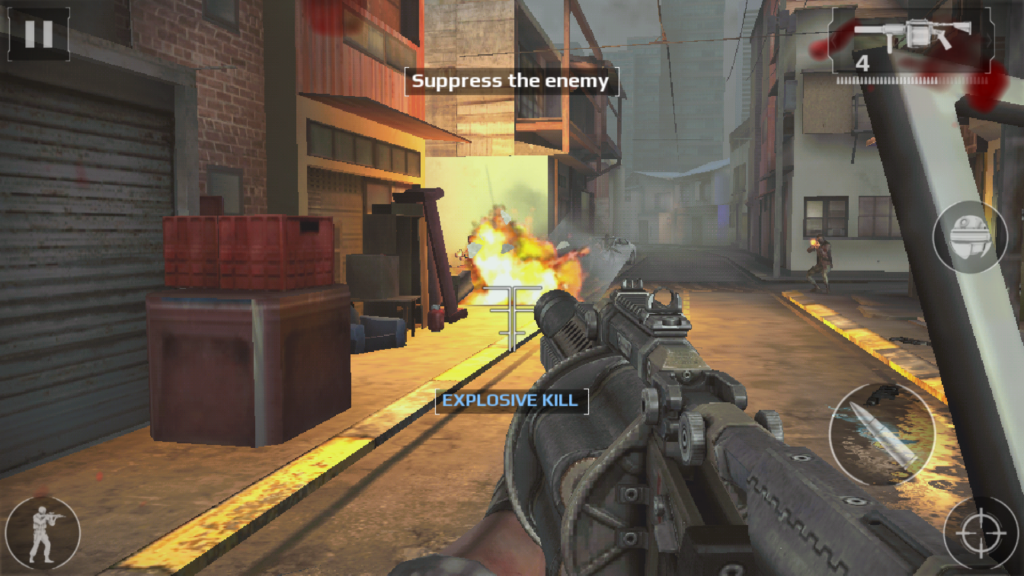 The only only thing holding this game back from perfection in the Visuals category, is the slightly choppy frame-rate — especially during multi-player or action-packed single player moments. Although the lag can be mitigated through setting changes, as well as ensuring you’re not running any other apps in the background, I was never able to get rid of it completely. It seemed to hold me back especially during multi-player, but it’s not something that you’ll encounter too often for it to become a real bother. It ran similarly on both my Galaxy S4 and iPad 3, so it could very well run better on an S5 or iPad Air.

Modern Combat 5: Blackout, features pretty standard FPS gameplay, and unfortunately is lacking any real innovation. However, it should be noted that these basic mechanics are pretty much flawless. The campaign features a lot of different scenarios beyond simple aim and shoot missions, such as manning heavy artillery to shoot down helicopters and other vehicles, and slow-mo scenes where you bust through a door and take out a handful of bad guys. Still, this isn’t anything we haven’t seen before, and I was just waiting for a really cool mechanic to be introduced — but it didn’t happen. 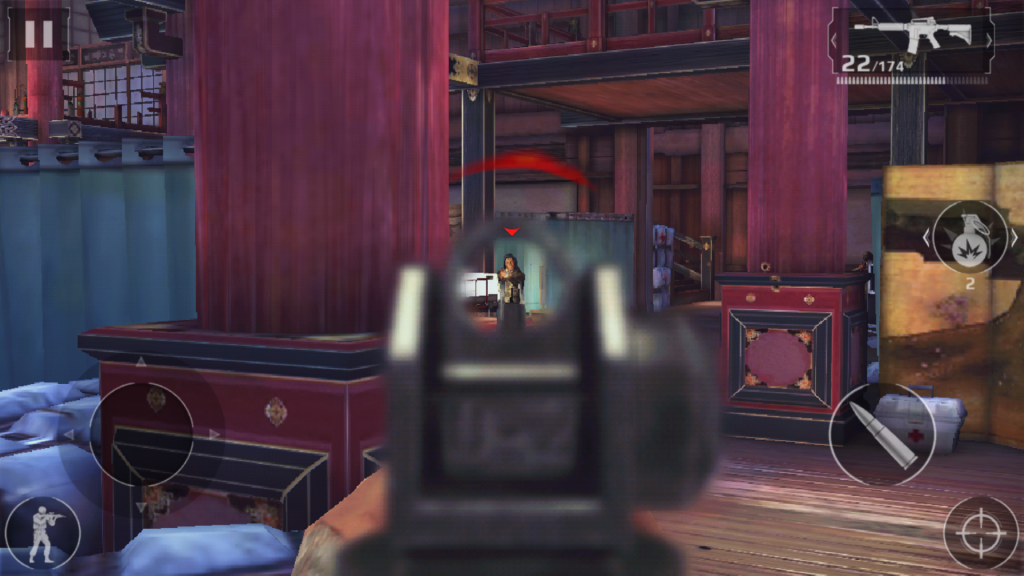 As for the multi-player, there are a few standard game modes: Deathmatch, Team Deathmatch, CTF, etc. which are a fun change of pace from the campaign. Nothing about the multi-player really stood out, but I did enjoy how fast-paced it was. Matches were typically about 5 minutes long, and it quickly transitions from match to match so you can keep playing without too much downtime. Using a controller is ideal for all multi-player matches, but not necessarily required — especially at lower ranks. 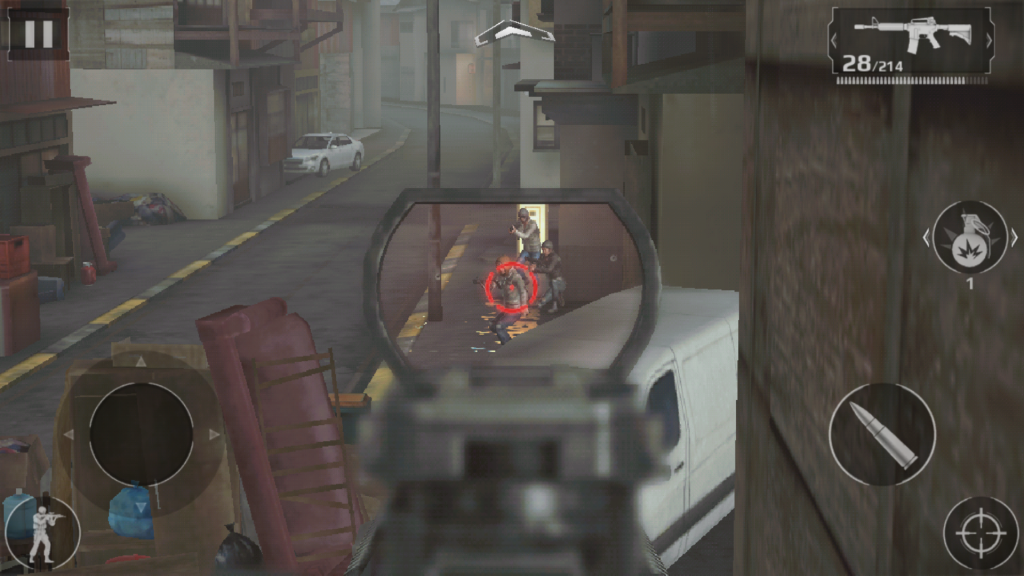 Regardless of what you’re doing in the game, you’ll always be leveling up your rank and unlocking new weapons and attachments — this really helps provide a sense of reward throughout your play experience. Despite the lack of innovation, I still had a great time with this game all around. Playing a few campaign missions, followed by a few multi-player matches was ideal for me, as it offered the perfect change of pace. There are always challenges for each mission, which gives you something extra to work towards to level up faster.

I believe every mobile game needs to take a cue from Blackout as far as Controls are concerned. This game has an extremely customizable Interface, allowing you to tweak just about any setting or sensitivity you can imagine, making it perfect for anyone’s preferred play-style. Personally, I found the default settings pretty hard to manage, and I often found myself mis-tapping a button and it made things really difficult in multi-player especially. However, I made a few quick tweaks to my settings, and it was instantly much easier to play. 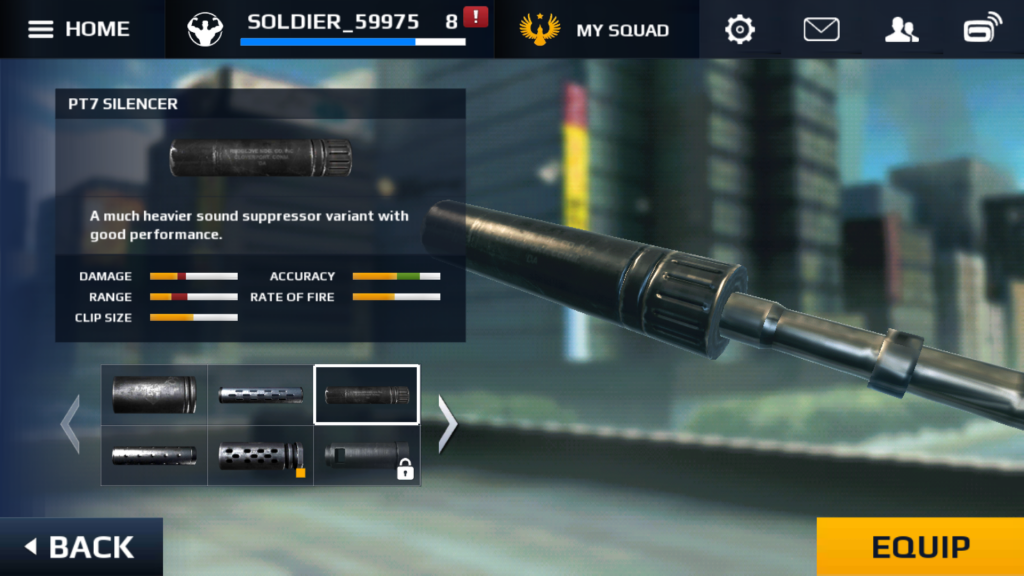 The main menu is also very well organized, you can easily access any of the games wide variety of game modes, and edit your character’s weapons and load-outs painlessly. You can see in the screenshots how during combat, there are several options and buttons you have access to, but they never clog up too much of the screen. Whether you’re crouching, aiming, tossing a grenade, or firing your gun — it’s always right there.

To me, this is where Blackout truly shines, and why it’s a game that any FPS fan should definitely check out. There are so many things to do in this game, and as long as you moderately enjoy a standard FPS, you’ll never really get bored. First of all, there’s the Campaign which features five different chapters, each with a handful of missions with their own unique challenges. Starting out, the levels are really fast and easy, but once you get to Chapter 3, things start to get a bit more challenging and lengthy.

Then of course, you have the multi-player, which is endless entertainment (until you get too frustrated and need to put the game down for a while).  It takes a while to really get the hang of things, especially if you’re new to the series, but once you get into a nice groove the game can easily suck a few hours of your day out without you noticing. You can easily group up with your friends who are playing the game, which is expected, but a nice touch that should be noted. 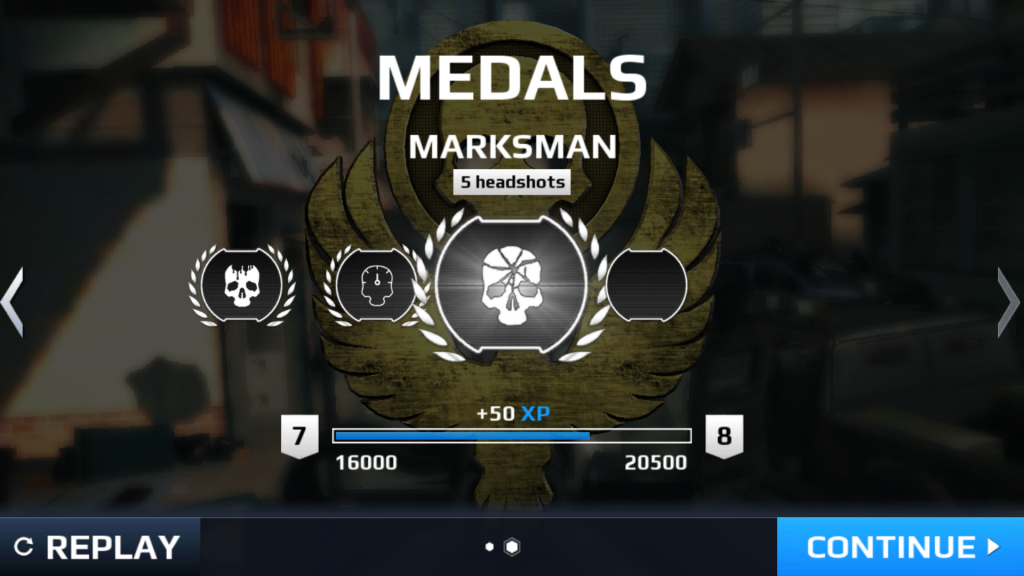 You’ll constantly be unlocking new attachments for the guns you’re using, as well as working towards leveling up your rank and unlocking new guns — which in turn gives you more attachments to unlock! If you really want to unlock everything in the game, you’ll have your work cut out for you, and you can expect hundreds of hours of play-time before you reach that goal.

To be honest, Modern Combat 5: Blackout definitely exceeded my expectations. Even though it doesn’t necessarily offer anything too unique, the developers managed to take basic FPS aspects and mechanics and perfect them. This, coupled with the never-ending replay value, are more than enough to propel this game to a fantastic rating. If you enjoy the Modern Combat series, or First Person Shooter games in general, you should definitely pick this one up from the app store. Preferably on a tablet, but it plays surprisingly well on smartphones as well.

Click here to check out Modern Combat 5: Blackout on the Apple App Store!

Click here to check out Modern Combat 5: Blackout on the Google Play Store!

Be sure to leave a comment below with your opinion about this game! Do you think it’s worth the purchase? Or are you tired of this series? Let us know!