What happens when you mix RPG, Match-3 Puzzle, Dungeon Crawling, Endless Running, and Boat Building? Well, you get something along the lines of You Must Build A Boat, which we’ll be a taking a look at today. This is a premium game for iOS and Android developed by EightyEight games, and it offers a very unique mix of genres with several different aspects of the game that requires the players focus and attention.

The gist of YMBAB is to explore various dungeons, while collecting loot and upgrading your boat. You start out with a tiny little boat, and as you complete quests, it continues to grow — and you gain more inhabitants with their own unique purposes. It uses a pixel-art style, which isn’t always my favorite, but there are tons of little detailed characters and overall the visual variety is plenty to satisfy. One of the more exciting aspects of progressing in the game, is to see what your boat is going to look like after it’s next visual upgrade.

When you actually are doing runs, you’ve got an entirely different screen. The majority of it is a typical match-3 puzzle layout, with a small window at the top that displays your character running through the dungeon. You encounter a lot of different things along the way, such as treasure chests, tough to break crates, traps, and a ton of different monsters. Although it may not be out of the park, flashy 3D graphics, it’s still a very well designed game that runs smooth and isn’t buggy. 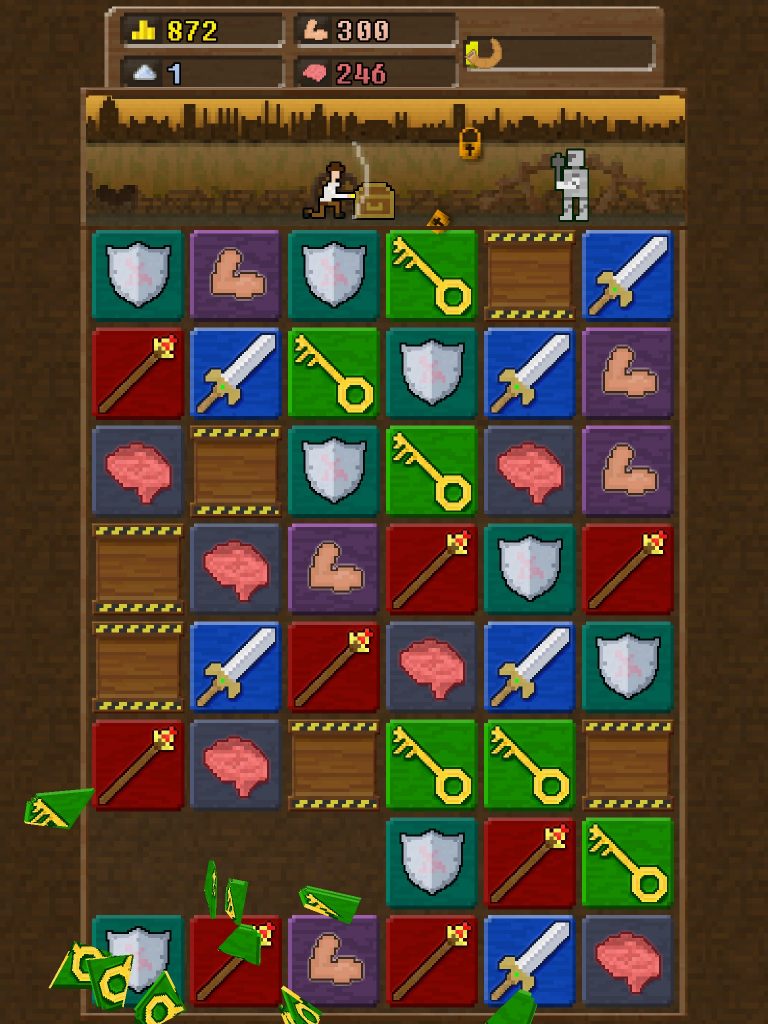 Controls are very simple for the most part. During the match-3 parts of the game, you simply hold tap on a certain row, and then slide it either to the left/right or up/down. When you’re on the boat, you simply tap on the deck level you want to move to, and your character runs to it. Moving around brings you to different vendors on the boat, and it would have been nice to at least have an option to pull up the vendor interface’s instantly, but it’s not a huge deal to wait for your character to make his way over.

It’s not quite your typical match-3 game where you swap two tiles to create a match. Instead, you actually move an entire row of tiles to create the match. The concept is simple, but still takes a little getting used to when you’ve played a lot of other match-3’s with the standard swap mechanic. You also don’t create any special tiles by matching 5 at a time or anything like that, but you do randomly get certain spell tiles that appear and you can just tap on them to activate.

The game’s combat elements reminds me of another game I reviewed back in March 2014, Block Legend. In You Must Build A Boat, it’s a little bit different, as you aren’t just battling monsters — you’ve got to deal with other obstacles as well. There are treasure chests that require you to match key tiles to open them, traps with a specific tile you need to quickly match before you get frozen, and crates you need to break by matching a certain number of two different tiles. Monsters are defeated by using spells and breaking staff and sword tiles to deal damage. There’s actually a really cool aspect of the game, where you can go to essentially a bestiary on your boat, that teaches you various weaknesses that each unique monster has.

Any time you reach an obstacle, you start moving closer to the left side of the screen, and if you go off-screen the run is over. You can make up ground by clearing obstacles, as you’ll start running and moving closer to the right side of the screen. After you’ve made it far enough, you reach a new level where difficulty increases, but also gives you a lot of time to run and get further ahead. All of these mechanics together, make for a really fun and unique game, not quite like any match-3 I’ve played before.

You’ll score various loot and coins as you play, which can be used to upgrade the effect your tiles have when you break them. For example, you can spend coins to make your sword tiles do more damage, crit damage, and other things. It’s not the most in-depth customization, but it’s a nice touch of RPG elements mixed into a game that transcends so many genres. There are also two other unique tiles, one represented with a brain and the other with a flexing arm, which can be used to recruit more boat inhabitants. The inhabitants you recruit this way, don’t have a vendor page, but rather give you a permanent buff for your runs — such as more gold, less damage taken, etc. 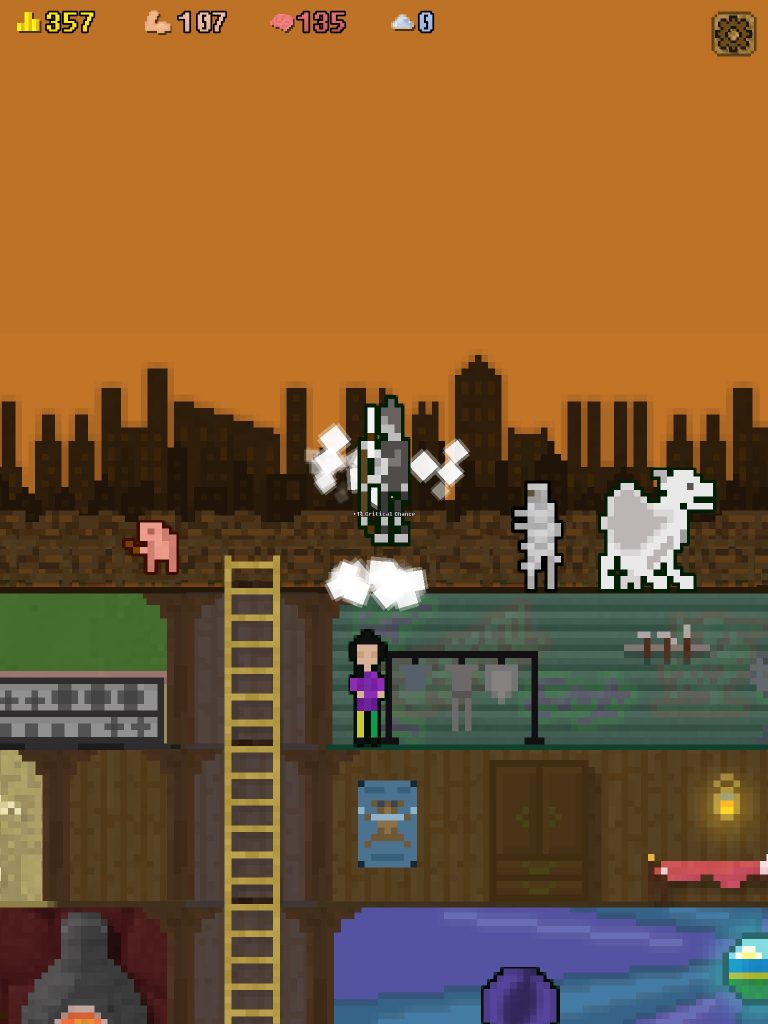 With so many things to upgrade, so many quests to complete, and the continual excitement of waiting to see what your boat will look like next — it gets really hard to put this game down. You end up with the “just one more try” syndrome, which is always a sign of a top-notch game. Personally, I haven’t played a whole lot of mobile games that really stood out to me lately, but hopefully YMBAB is the start of a new trend.

This is a premium game, with a very affordable $2.99 price-tag. After that, there’s not a single in-app purchase, so you get everything the game has to offer for the door price. As for if it’s actually worth the money — in my opinion, You Must Build A Boat is worth every cent. It’s a guaranteed 4-6+ hours of entertainment for anyone who enjoys a really solid and unique match-3 mobile game, and probably many more hours for most people.

You Must Build A Boat is an extremely unique experience that mixes the best parts of several different genres to create an outstanding mobile game. Watching your boat progress as you travel to new locations and battle new enemies gives a rewarding feeling, and the new mechanics that are slowly introduced because of it make for some really solid pacing. It’s a very addicting game that is easy to pick up and play a few rounds of at any time, and the premium pricing structure with no IAPs throws any restrictions out the window.