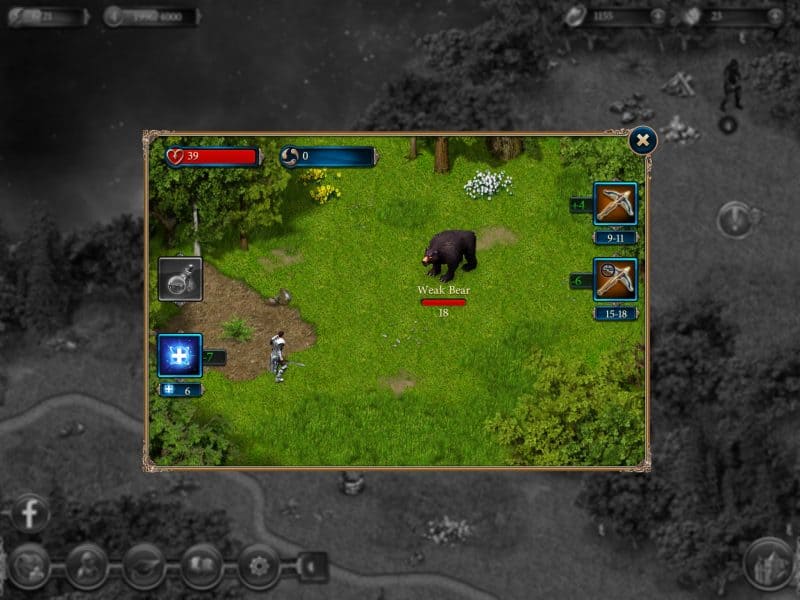 Handheld gaming and RPGs seem to go hand in hand (pun intended), and that’s mainly due to the passive nature of most RPG games. Since you can almost always leave the game and pick it back up right where you left off, it just makes sense that this genre is so beloved in the mobile gaming community. Myth is an RPG that is going to force you to either spend copious amounts of money, or consistently be setting the game down and waiting for your energy to restore. I absolutely can’t stand the dated “energy” system that a few games continue to use, and although it didn’t completely ruin Myth for me — was there enough lying underneath to save the game?

The weakest aspect of Myth is definitely the graphics, they’re pretty dated and all around not that enticing to look at. Fortunately, there’s not really any visual bugs, which gives the game a bit of redemption in this category — but not much. It’s nice that there are varying NPC models so it doesn’t feel as though you are fighting the exact same mobs over and over again (although you will encounter them a handful of times), but the maps do get a bit repetitive. 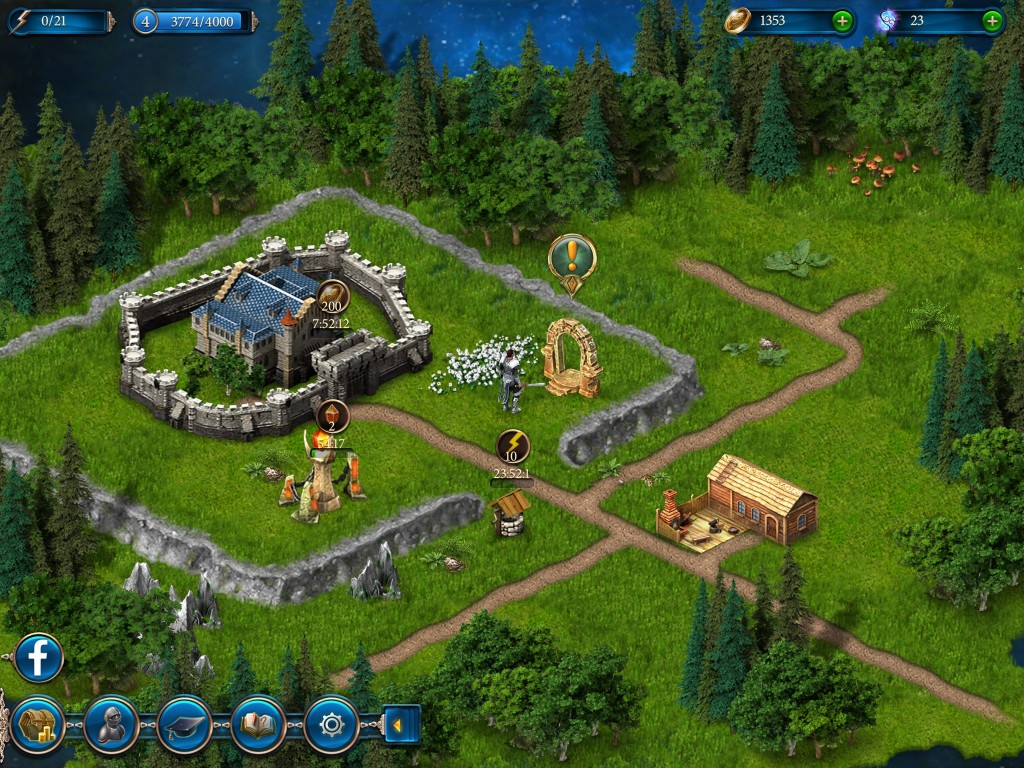 Even down to the small icons, the game just looks mediocre at best. Combat has a few decent animations, but again, nothing to rave about. Its as though the developers just did the bare minimum to get by, but I do have to give credit for how smooth the game plays — even though it honestly just looks bad/from the late 90s (maybe they were going for nostalgia).

It isn’t entirely complex, challenging, or even all that engaging, but Myth’s gameplay isn’t a complete snooze-fest either. The majority of the game involves travelling to various areas throughout the world to complete quests and gather resources for your town. Along the way, you’ll encounter all kinds of enemies that must be defeated before advancing through the area you’re in, as well as some enemies will just be blocking a small area with lots of resources. 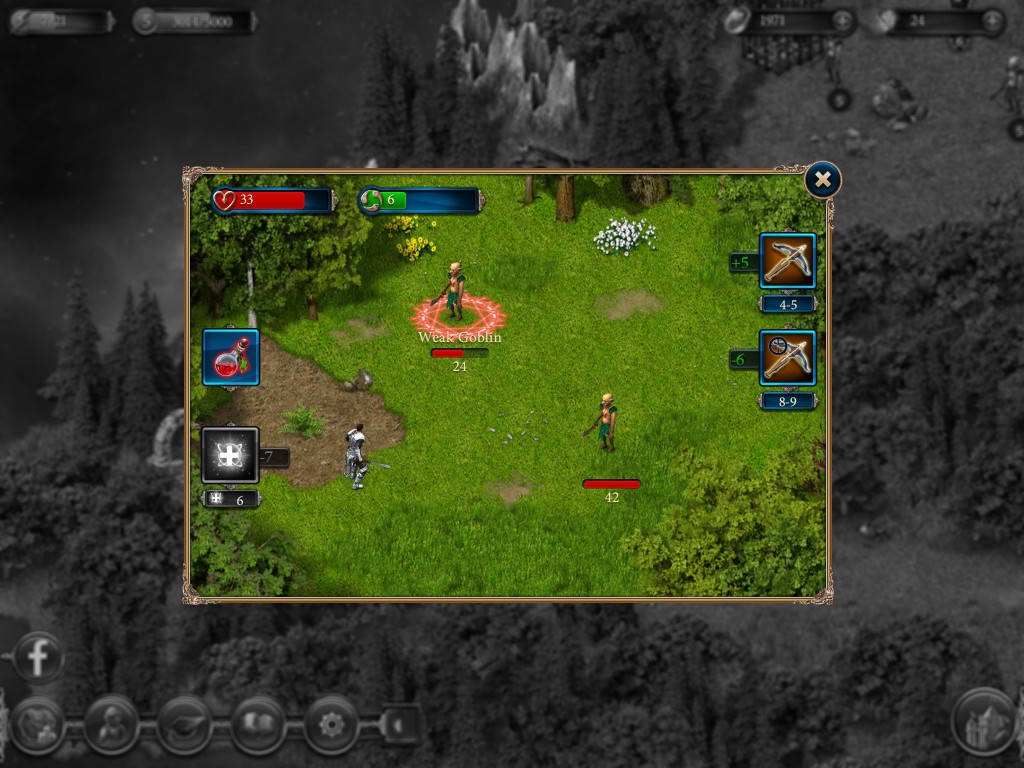 Combat is very straight-forward, everything is turn based and you’re given a handful of different abilities to use based on your class and what you chose to unlock and use. It’s a very simple concept of using resource building attacks mixed with resource costing attacks to defeat your enemies. When you die, you don’t have to wait for a re-spawn or battle through a wave of enemies again to reach where you were before, but instead you’re simply given the option to re-engage or come back to life mid-combat with an IAP. You will lose the energy spent to engage in combat by dying however, and I’ll touch a bit more on that later.

Resources gathered for your town can be used to upgrade and build various structures and buildings, which can in turn be used to enhance your character. Essentially, it’s an endless circle of building and improving upon what you have, in order to take on more challenging content.

Everything is surprisingly easy to access in Myth — given the state of the it’s graphics, I wasn’t expecting too much from the Interface department. Usually I’m lost trying to find out where to go or how to access certain menus in games like this, but Myth offers a pretty clean UI. The main problem is that nothing is defined all that well, and even though you can usually find the right menu, it’s a mystery as to what things do when you get in there. For example, the shop/inventory screens (seen below) just throw out a lot of numbers and statistics that don’t necessarily mean anything to the naked eye. 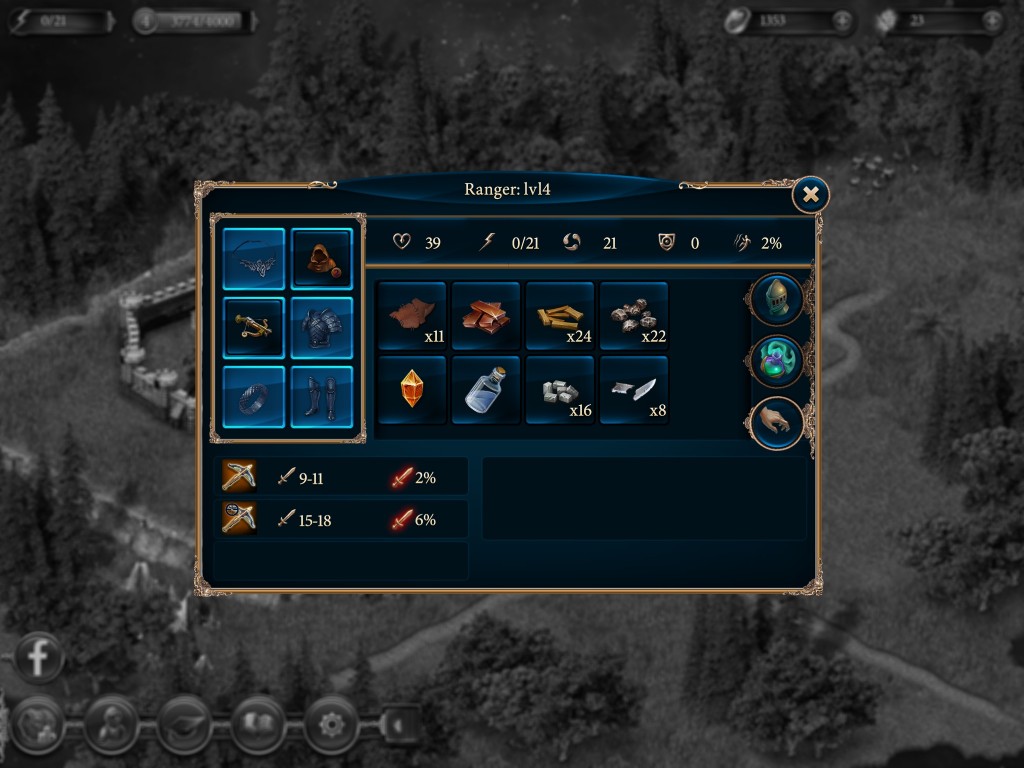 The main problem with the UI is that it’s just a bit too simple, and doesn’t take the necessary means to explain everything to the player. Although you’ll eventually catch on after playing enough, it can be a bit of a setback early on when you’re trying to establish the base of your character — an essential part of any RPG.

Myth can definitely hook players in with it’s simple yet enticing structure. Even though everything you do has a similar feel, it’s still enticing to explore all of the new areas and complete quests as they’re given. The HUGE problem with this is the extremely limiting energy system, which restricts the amount of actions you can perform. Early on, you can expect to have about 6 or 7 battles before your energy is depleted — and if you want to clear obstacles it’s going to cost you energy as well. There are a few objects that can restore minor amounts of energy, but it’s hardly noticeable in the grand scheme of things. 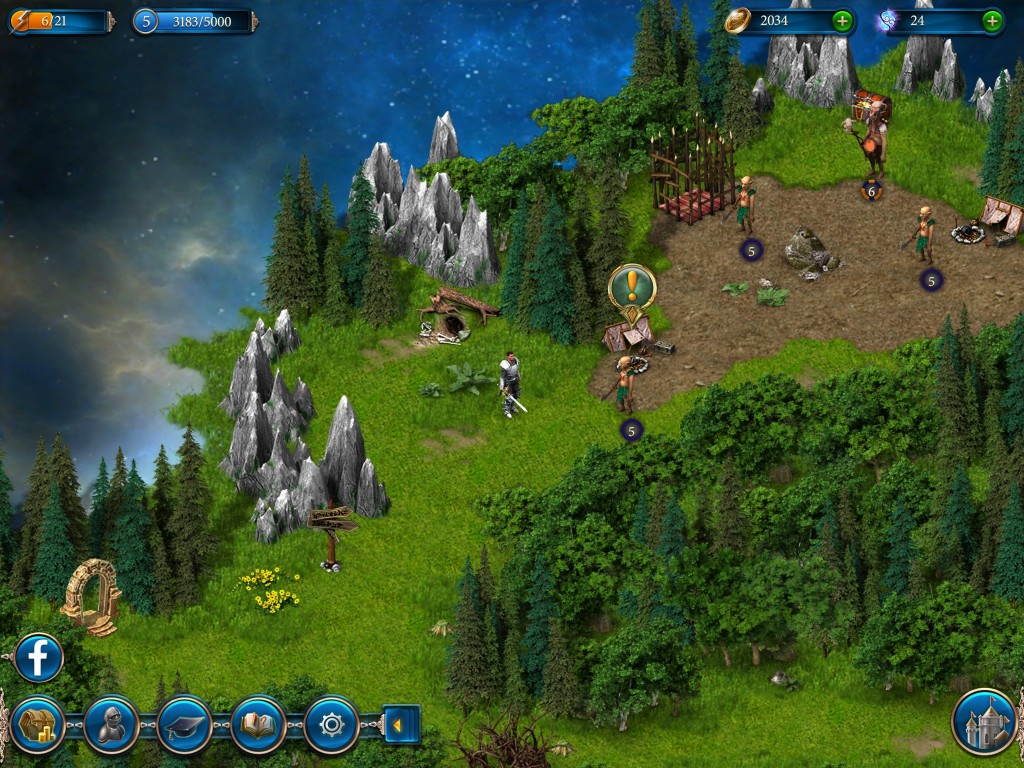 To be honest, I’d likely spend quite a bit more time playing Myth if there wasn’t an energy system holding me back. I really like the idea of actually going out and questing/farming mobs to get the resources to build my town — it takes RPG and ‘Build your town’ games and mixes them almost perfectly.

The concept behind Myth is great, and something that I was really intrigued by — however, the game is extremely flawed in it’s current state. With some major visual upgrades, minor interface changes, and a re-evaluation on how energy damages the player experience, this could be one of my favorite iOS titles.

Click here to check out Myth on the Apple App Store!

Leave a comment with your thoughts on this review, and make sure to let us know if you’ve played Myth, and what you liked/disliked about the game!