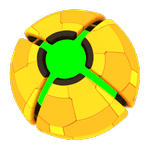 Neural Diver is the first release of an indie developer Clockwork Wolf, and one worth mentioning because it shows this developer has got what it takes to make interesting and good-looking games. We will surely keep an eye on their releases.

Story-wise, you are a neural diver for hire. You have been trained to access cyber space, detach your mind from your body, enter an AI’s neural system, locate a virus and combat it in real shmup style. That’s what you do. Truth be told, I did not exactly understand how combating a digital virus in the cyber space of an AI system ties up with the Earth’s outer space colonies, but it doesn’t influence much the gameplay. 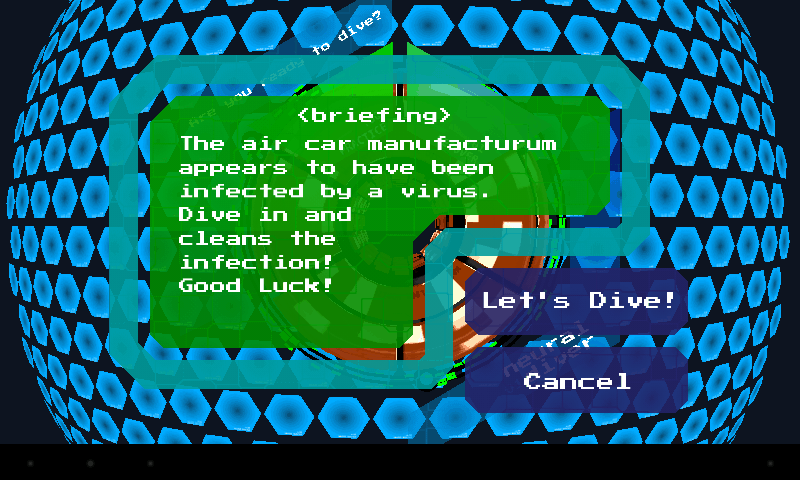 As a neural diver, you enter a cyber system and see it as clusters of data. You view the action from the first-person perspective, as if your device was your windshield. You fly through the system, and there are seven strings of incoming traffic that you have to filter.

The incoming clusters are of different quality. Some you can consume, others need to be eliminated. At the bottom right corner, you will see the available weapons – you unlock them one by one, but pretty fast.

The items you can consume have the red cross on them and look pretty much like the medic kits, and you can consume the with the help of Type 1 weapons. Be careful, though, because if you let them reach your projectiles before you send out your consuming weapons, the med kits will damage the projectiles.

Then come the viruses, or rather different layers of one virus. To destroy its incoming clusters you will need to use the weapons Type 2 and 3, and up. Some are weaker, and it takes two shots to destroy a cluster. Others are more powerful, but take longer to recharge each projectile, and consume more power of your ship, if it is the right term for what you are driving. 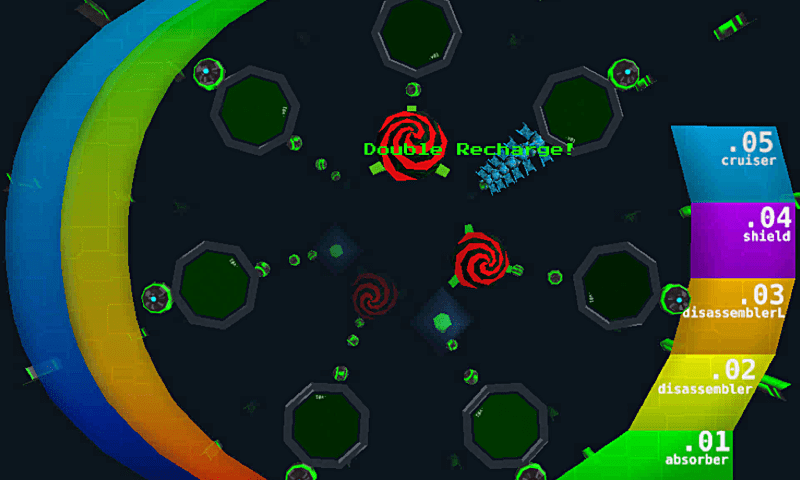 You shoot by tapping on each string, and you can tap several times in a row to launch 2-3 missiles in fast succession. However, when the incoming clusters come in different configurations, you will need to switch quickly between the weapon types, and that is what makes this game difficult – manually manage the weapon type and the string to which it applies at this particular point.

As a result, Neural Diver is a twitch-like shmup with pretty static setting. 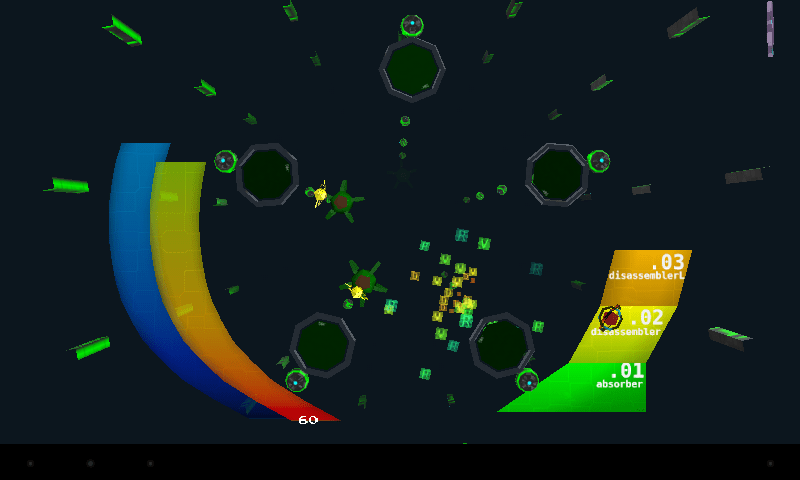 Design is both this game’s virtue and vice. On the one hand, it is pleasantly retro styled, but not pixelated, and reminds me of Tron earlier looks. The setting looks great and so does the action itself, but the peculiarity of the view angle does not create the illusion of the movement.

Basically, players watch one and the same set of seven strings while clusters dive out from the vortex of the digital abyss and slowly ascend towards you, as you switch between the weapons and shoot.

The initial levels are very easy, as you get the hang of the mechanics. However, even the ascending difficulty, where the game throws a multitude of different cluster types and gives you 3-4 weapon types to switch, and it gets pretty hard, there still is the nagging lack of movement, or a change in the background.

This could be the case of an imbalanced difficulty versus replayability ratio. The game gets hard pretty fast, but it loses in the variety of action. Maybe it’s about the seemingly slow action, which in fact is not slow because you don’t make it in time to switch between the weapons, but the static background creates the illusion of a still space with no movement.

The music is nice cyberspace-fitting, but lacks that catchy factor that could add a great deal of addiction to the gameplay. The introductory part where you see the initial neon blue grid is much more lively than the gameplay techno loop that sounds quite dull. 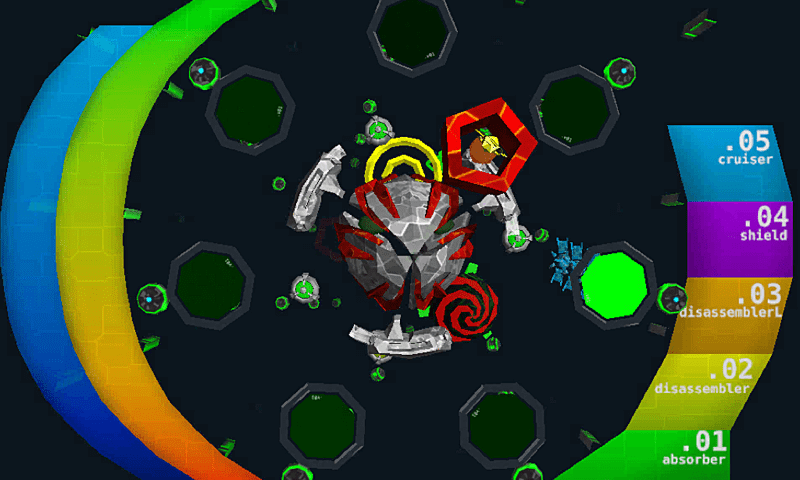 Neural Diver: Cyber Defender features seven stages, and while the first two are quite easy, the gameplay becomes really hard soon after that. The accessibility depends on your fine motor skills and eye hand coordination, but the initial levels are accessible enough for the young kids to play. That said, seven stages are enough to spike the interest and wait for an extension, or new levels, or maybe several difficulty settings.

However, the static background, dull music and though hard but repetitive action may hinder the replay value for some players.

One of Neural Diver’s virtues is it can be played offline, so it is perfect for short commuting sessions when even if you don’t beat the stage, you have two or three attempts and then have to quit not because you get bored, but because you have to go. That way, you are sure to enjoy it in shorter bursts of visually pleasing action.

Besides, it is challenging enough to spike the interest in the competitive folks. 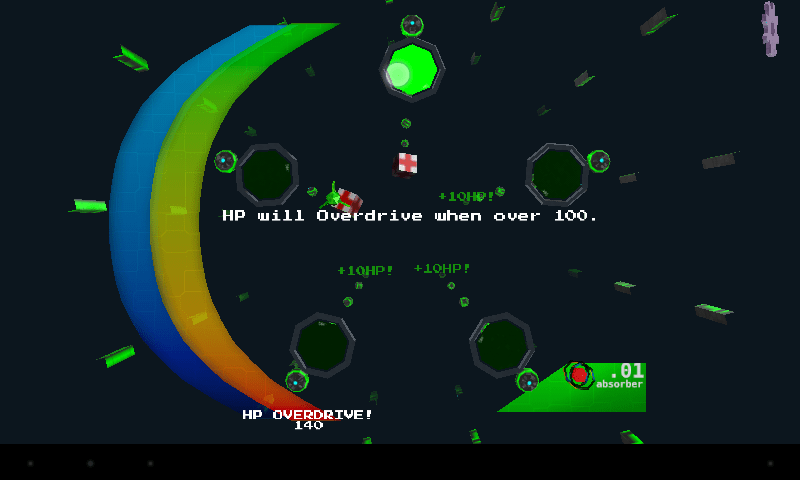 Neural Diver is free, and ad-supported. The ads are not intrusive, especially if you play offline. There are no IAPs, and you can only access the subsequent stages once you have cleared the previous stages.

Though hard, the gameplay tends to become tedious after a while perhaps due to a combination of static background, dull music and lack of variety 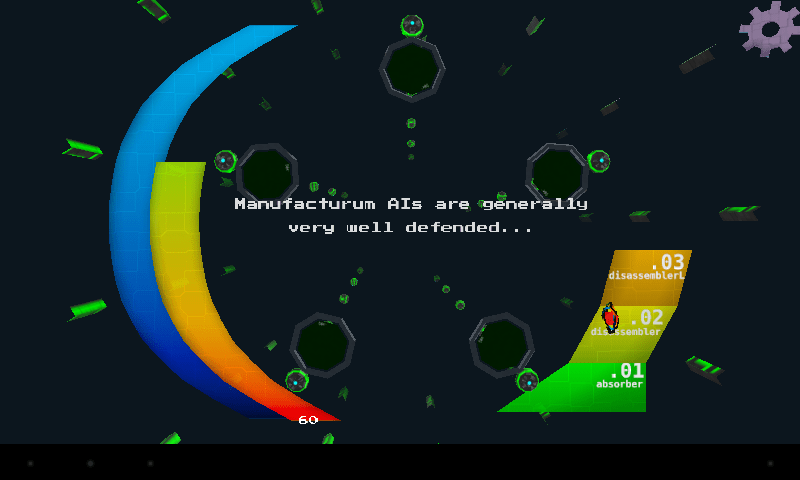 Neural Diver is a great entry from an indie developer and the industry’s newcomer, and we encourage you check it out if you are looking for a good-looking time killer you can play for free and offline.