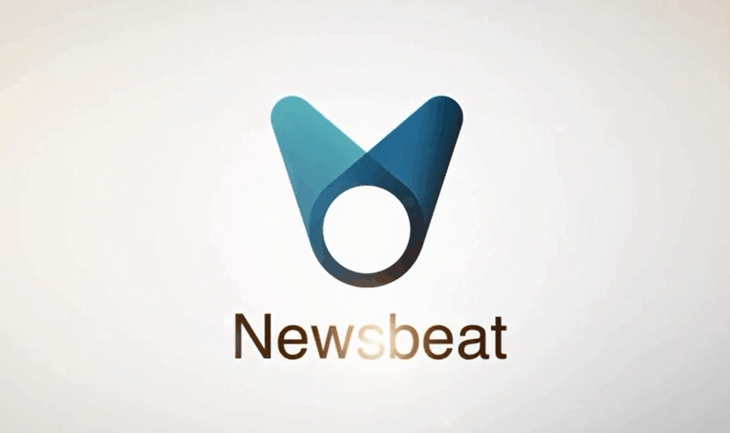 Tribune Digital Ventures recently launched Newsbeat App for iPhones and Android smartphones. Tribune Company is known for the US major newspapers such as the Los Angeles Times, Baltimore Sun and the Chicago Tribune. The app is free of charge and available for download internationally, but it mostly covers the American press. It allows you create personalized feed of stories from American newspapers and digital magazines while the interface is intuitive and predictable. Besides creating newspaper feeds, you can also listen to the news, which makes the app unique. Basically, Newsbeat App turns newspaper content into radio content you can enjoy as you commute on the bus, train, or driving your car.

The narration comes in 2 ways – human and mechanic, via text-to-speech technology.

This approach ensures Newsbeat users can “consume” more than 7000 articles daily – some of them available to be read by humans, while others can be read by a text-to-speech program. The featured stories, the ones that are most likely to get the highest ratings from the users, get the real person voice-over, leaving the rest for the machines. There are numerous human actors for the voice-over job and the synthetic voices, male and female, are approximate in the quality to the human reading, so ultimately, you get radio station experience where DJs and anchors take turns. 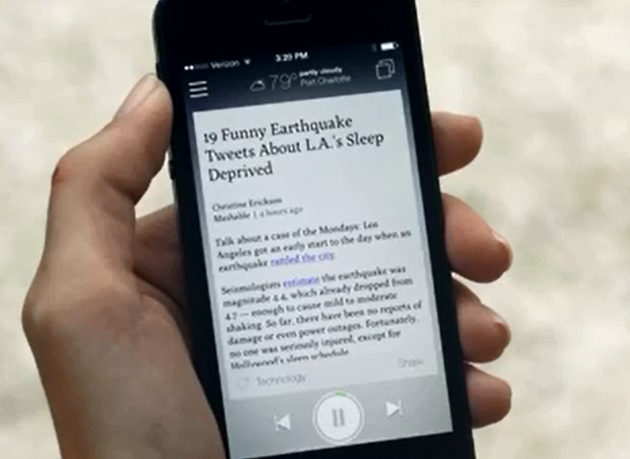 You can specify what categories you would like to have covered in your news feed, which will allow the app learn about your preferences, for example, you can focus on technology news alone, leaving out the rest. Synthetic voices do a great job narrating the stories in a very human-like intonation, but nevertheless, there is room to grow.

The app is perfect for those who like to get their morning dose of news on their way to the office, especially in the US, since Tribune represents currently exclusively American mainstream. Why would you want to switch to Newsbeat App when you have radio, you ask? For one, it’s a completely new approach to consuming newspaper and digital magazines articles and news. Radio stations offer a certain dose of news reports blended with music, weather forecasts and advertisement. Even though Newsbeat App is ad-supported too, you are the one behind the wheel choosing which news you would like to read our be read to you. This allows for totally personalized approach to news broadcasting. 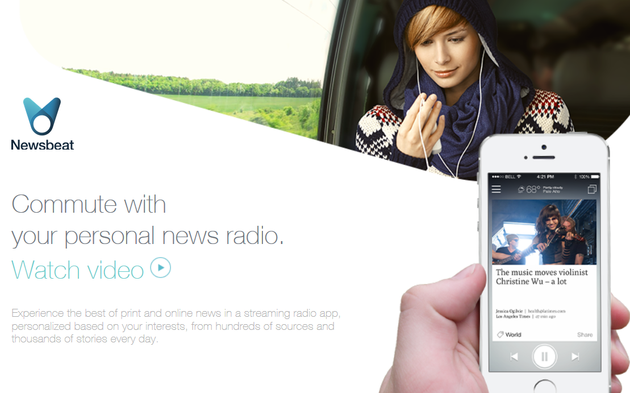 Another cool feature of Newsbeat App is it personalizes your news feed according to your behavior in some other applications, and it can even use mapping tools to calculate how much time you have left before your commuting ends, effectively suggesting shorter or longer stories.

Tribune is aiming to tap into the user segment of daily comuters in demand of even more digital entertainment, but with focus on the news. In addition, both Google and Apple are working on bringing their operation systems into vehicles, which can effectively bring Newsbeat App into people’s cars. 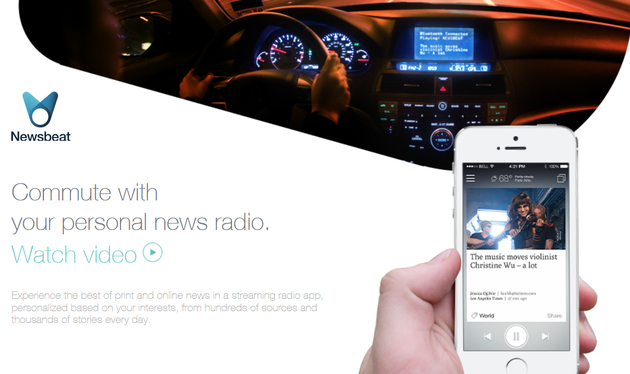 Newsbeat App is undoubtedly an interesting solution with a lot of potential. Despite its being somewhat limited in coverage and some functionality, we are sure Tribune will release the next update covering them all and adding more news for the international users.