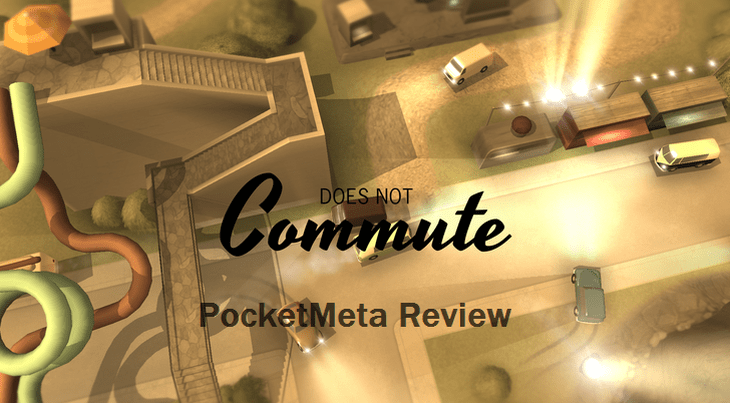 Does not Commute [Android, iOS]

You should know Mediocre by their mega-popular twitch game Smash Hit that made it to the world’s lists of the best games of 2014. Does not Commute is their new release, and it follows Mediocre’s great devotion to the visual excellence, bringing a few new tweaks to the driving genre. Does not Commute offers something new, something familiar, something accessible, something excruciatingly hard, but ultimately, it’s stylish, interesting and fun to play. Let’s see what it has under the hood. 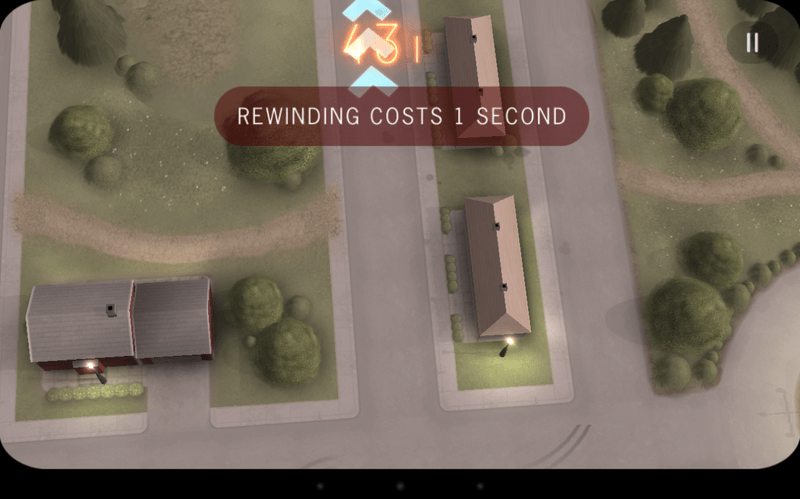 The game takes place in a town stylized to look, sound and feel like any American town in the 70’s did – cozy, pretty, vintage. That atmosphere manages to give the feeling of nostalgia to those who weren’t even born in the 70’s, and sets the mood for a slow-paced adventure à-la Madmen.

You play by controlling one car at a time in a town with quite a congested traffic. The point is you have to drive each car from point A to point B in as little time as possible, with an optimal trajectory.

The game draws a blue arrow that shows the direction while the nearby alleys, roads and passageways may contain time power-ups. We will dwell on those later. 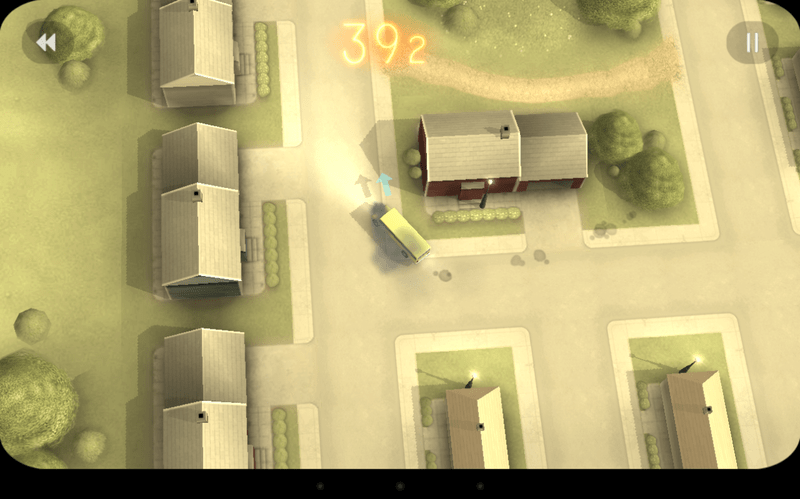 Before you make way for one car, the game also gives you a short bio of the driver with a picture. The short one or two sentences tell you something funny and meaningful about a person in a fine, delicate, yet ironic and humorous manner.

Once the first car makes its way successfully, you get to drive the next one, and then the next one – and thus you drive all the cars in the city one-by-one, but here’s the catch. While when you drive the first one, you see the city streets as desolate and safe. 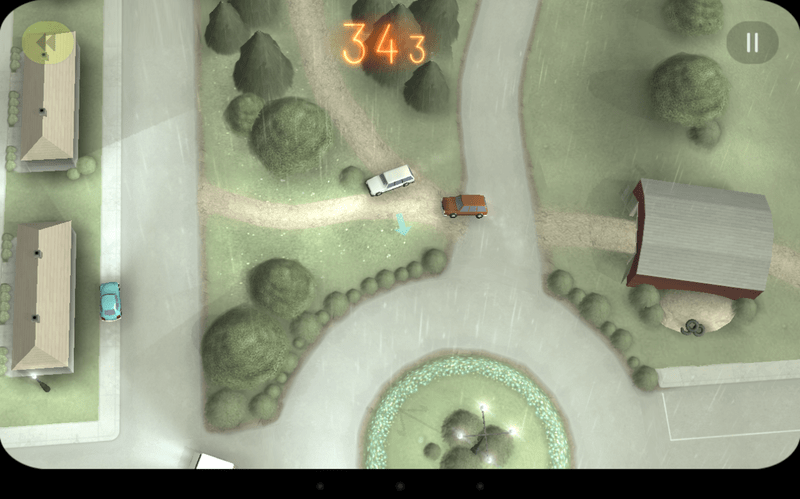 When you drive the second one, you only see the first one driving along the trajectory you just made for it, and your objective when driving the second one is to steer clear of accidents, making your way.

When you drive the 3rd one, you can see the previous two – you all start at the same point in time due to a special time paradox.

So, in real time they all start off at the same time. Thus, when you finish a level, the game shows you a replay when all the cars start driving along their trajectories in real time – simultaneously. That’s when you get the knack of the time paradox for the first time.

When you hit that replay button and see those streets jam-packed with the cars, buses, lorries and trucks, all driving like their drivers are drunk or high, you get to have a few quite good giggles.

Tap the screen and the car starts the engine. Next, all you do is tap and hold the left or the right side of the screen to make the car drive its way to the destination. The difficulty is you do not control the speed, and more often than not you will be making rough turns, hitting trees, houses, garages, gas stations and bushes.

I am playing on two devices, and while I have not experienced any issues with the controls on my Samsung, I am having a persistent problem with the controls on a Huawei. Every once in a while, one of the ‘buttons’ gets stuck and the car ends up in an endless loop, which ruins the entire game. I haven’t figured out what prompts the glitch.

On my other device, the controls are smooth and responsive and the gameplay is neat, without glitches and freezes. 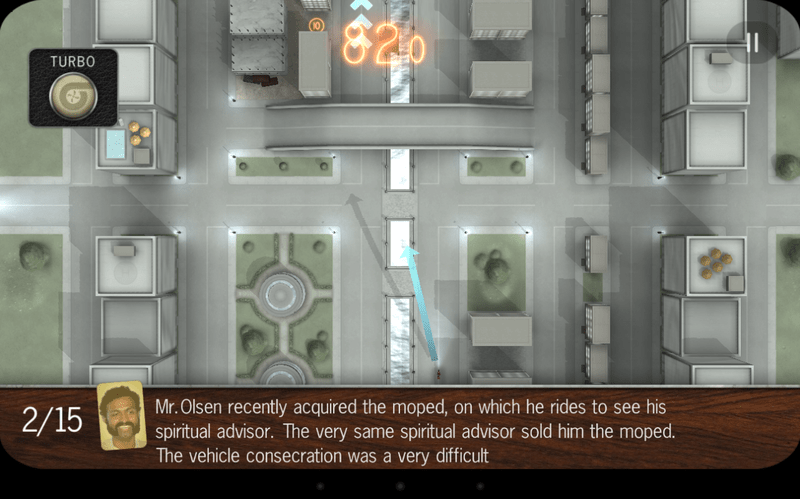 There aren’t levels as such, but checkpoints. You can only start from checkpoints if you buy the premium version for a one-time in-app purchase of $1.99. Without the possibility to start from the checkpoints, it’s a tough challenge.

The catch is the game is time limited, and you start off with 60 seconds only. You can rewind each car, which chips away 1 second for each rewind.

Once in a while you will be able to collect 10 second coins, which add the corresponding amount of seconds to your overall time. Thus, on a pretty bad drive with black smoke coming from under the hood, I managed to boost my time from 50 to 80 seconds, increasing my overall chances to advance beyond the checkpoint. Alas, a simple need to check a message cost me an otherwise excellent gameplay. 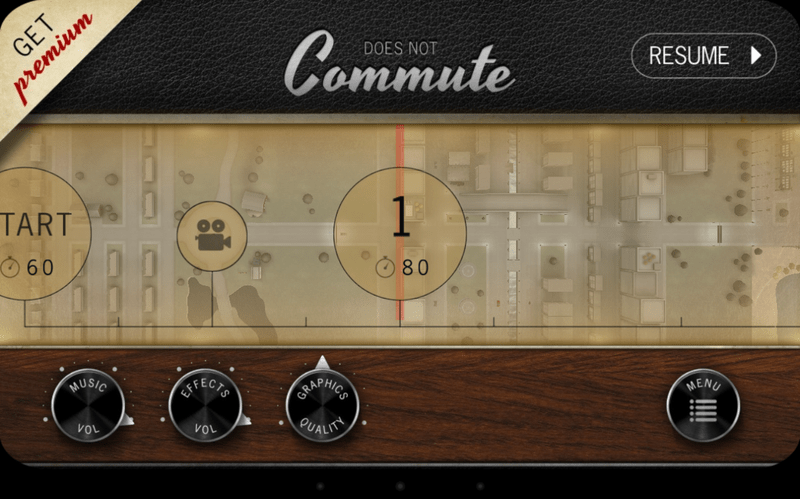 The rich, intense and highly polished visuals in a minimalist setting, coupled with a wonderful atmospheric soundtrack create a truly vintage entourage. Everything about Does not Commute is a delight. Well, except for the game’s title.

The witty, concise characters bios provide for an extra laugh and some intrigue – are they all inter-related? Will you discover what happens next to some, or all of them? The character pictures are also worth checking out. 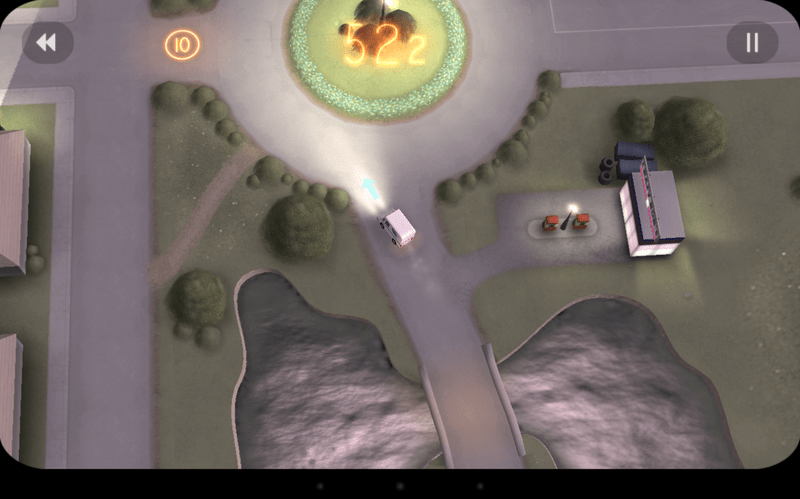 The cars are somewhat hard to manage because you do not have any control over speed, acceleration or breaks – just the left and right steering. The extra challenge comes when there is more than one vehicle on the roads. Sometimes it rains and it feels like the cars really get even more finicky on the wet roads. Before long, you will be rewinding each car several times to avoid collisions with others, and it’s both frustrating at times, but in most cases plain hilarious.

Another cap of difficulty comes from the direction the cars move. You always look at each particular scene from the same angle, but the cars come from the different angles, so the left and right thing requires good spatial skills – something that I lack. Hence, if you are like me, you’ll be paying a few seconds for a rewind or two until you figure out where to steer with a car coming from another angle.

Overall, the difficulty is moderate, and the game is perfectly accessible for the younger players. 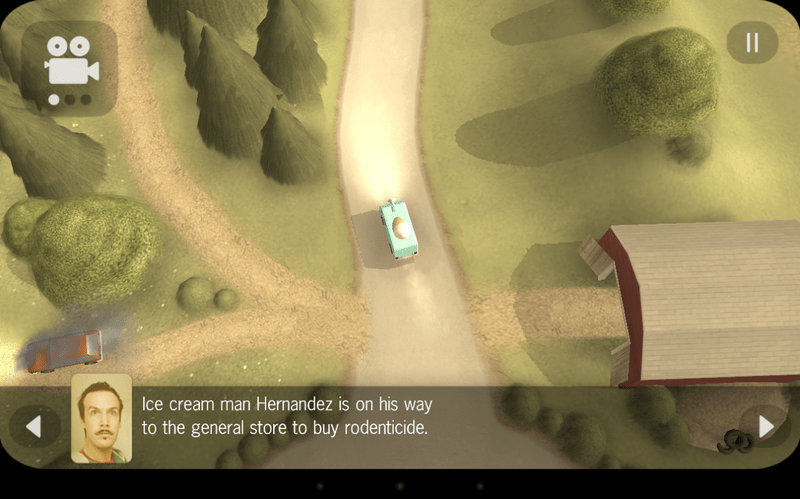 Taking into account the checkpoint issue, you can view the game from two points, which is basically how the players opinions got divided. One faction says the free game is merely a demo of a paid game, and without checkpoints the game is too hard.

On the other hand, if you have enough time on your hands, you can challenge yourself to beat the game in a single go. Although I haven’t gone this far – each time I am thrown to restart from 0 is not because I ran out of time, but due to distractions that caused me to quit the game.

Does not Commute is addicting enough to make you come back for more until you actually finish the game, so the replay value is excellent. 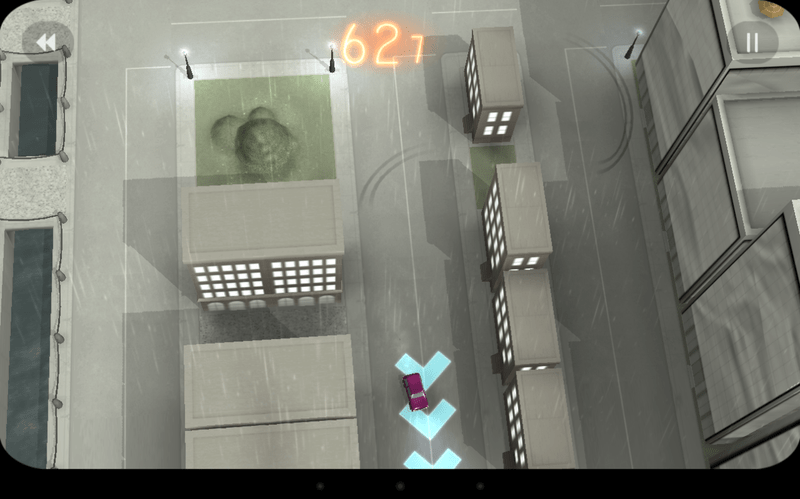 One-time IAP of $1.99 unlocks the possibility to save checkpoints, which increase your progress dramatically. Without the checkpoints, you’ll be replaying from point zero every time.

The game has neither ads, no any other IAPs, so considering the game looks, feels and plays as a premium one, an affordable IAP seems like a fair way to let the developers monetize on their game on the one hand, and let the non-paying players enjoy the game, on the other. Which would have been otherwise impossible if the game were paid. 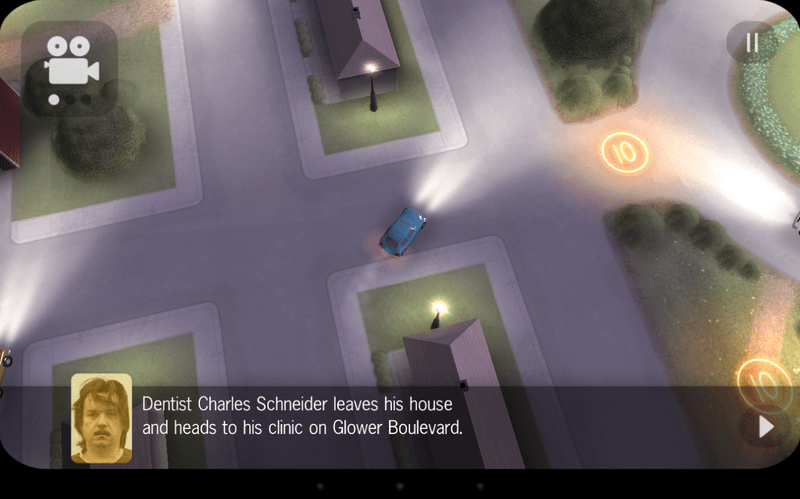 Some might dislike the fact that the checkpoints are only available in the premium version. However, it is not a con per se since the price is quite fair. Mediocre’s Smash Hit had just the same scheme, and I don’t remember anyone complaining about it. Does not Commute is undoubtedly yet another hit from Mediocre. It is fun to play, moderately difficult and is loaded with personality. Its vintage style in design and music paired with puns and giggles creates a great experience. All things considered, Does not Commute is charming and highly addicting, offering an excellent replay value. It is well worth a single IAP of $1.99 to unlock the possibility to save checkpoints and support the developer. We certainly recommend the game.