Odd Bot Out is a rare kind of game that becomes an immediate hit upon its launch without a a huge media campaign, but through a word spread by the gaming community. It is in stark contrast to the today’s trends of retro pixels, or high-def 3D in design. It also manages to showcase a story without telling much. In short, this game is the case of a simplicity that is ingenious, and yet, a lot of work and love have been obviously invested in it.

My Grandfather had an old English Mastiff that was too old to play with kids. Once, I gave him a stick; the dog smelled it; I threw it, expecting he’d dash to catch it. Instead, the old noble Winston remained seated and gazed thoughtfully at the stick rocketing away. Then, the dog looked me in the eyes, and that look of infinite irony and supremacy struck me. Without barking a word, Winston made me feel like an idiot.

This is the look Odd Bot gives me sometimes. Not to say the puzzles are overly difficult, no. In fact, they are accessible enough for preschoolers to play, only occasionally asking for a little help until some 65th level, or so. It is just that during those few minutes you spend per level sorting out the objects that are supposed to help you solve the puzzles, you are sure to build things that make little sense once in a while.

It is this personality behind a speechless robot, that was probably meant to be a trash can or a pencil sharpener, that strikes an immediate emotional response from all kinds of gamers, old and young. No arms, two hesitant legs, a funny body with one big eye that is more expressive than a thousand words. Odd’s walk is particularly endearing as it hesitates while you lead it and push it to the extremes. Or, as it tries to hold on with his two feet to the shaky objects beneath it – these movements convey more emotions that a fully voiced cry.

Odd is a robot that did not match quality standards on its way out of the factory, and instead of an easy way out, is send to the recycler. Odd did not give up and fall into the infinite limbo, as did the other recycled robots and parts. Instead, it does not despair, and makes his way through the guts of what looks like the subterranean levels of the robot factory to the exit, where, hopefully, a happy ending is awaiting.

Each of the 100 levels is a unique physics-based puzzle. Odd enters each room that can be a tunnel, an abyss, a dead-end, a steep climb – 100 challenges. There are a few items in each room that are either pre-made contraptions, or an assembly of multicolored objects – building blocks, buttons, wheels, engines.

Since Odd has no arms, it is your job to play around with the objects and create a pixel-sized Dolorian that will drive Odd to the exit. Against all odds, Odd trusts you know what you are doing. And build you will, for the amount of items you will work with is delightfully amazing. They are all simple cubes or wheels, buttons with wires that get attached to the wheels and the engines, or other one-eyed robots, like a centipede. There are robots with legs but no eyes like the Tetris cubes, and those are fun to toy with, too. 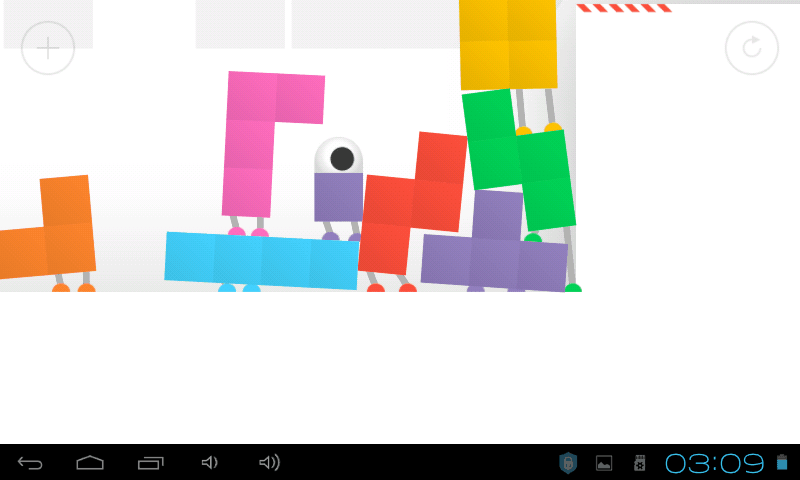 Tap on an object and hold to move it anywhere within Odd’s immediate vicinity and start building. The objects that can be put together into a solid construction get highlighted in gray before you place them together. The challenge is you cannot scroll to see the level through till the end, and the area visible to you is only the one that surrounds Odd.

Sometimes, you will build a contraption around Odd itself, for it, too, may be a part of larger constructions, like rockets.

Some puzzles are Tetris-like, others are purely building blocks that sometimes can be shaky, but if they hold for a few seconds to let Odd climb and get to the exit – they will do.

Another challenge is Odd can only move one block up because he’s a short guy (there, I now call it a “he”).

What I liked most about the game is the short process of coming up with a solution per each level is a delight, and in many cases, I would giggle at the simplicity of the solution when I find it. Sometimes, I would solve a level, and my girlfriend would snatch my tablet from me and pass the same level in a simpler, brilliant way.

On one occasion, I indulged myself in taking a sneak peek at a Youtube walk-through just because I applied the wrong pattern to solve a puzzle from the start and was unable to step away and start from scratch, while the solution was indeed simple.

Overall, the game is accessible enough even for preschoolers, and the difficulty is more or less consistent throughout all the levels except for a few pretty challenging ones. Even those are followed by a few easier levels.

That said, Odd Bot Out is a game that will last you a few days, or more, unless you have too much free time on your hands and can solve it all in a single go. I would not recommend it, however. It is fun to consume in small batches of ten levels at a time. One of them would be finicky, the others would be a total delight, and you would be able to savor the pleasure. 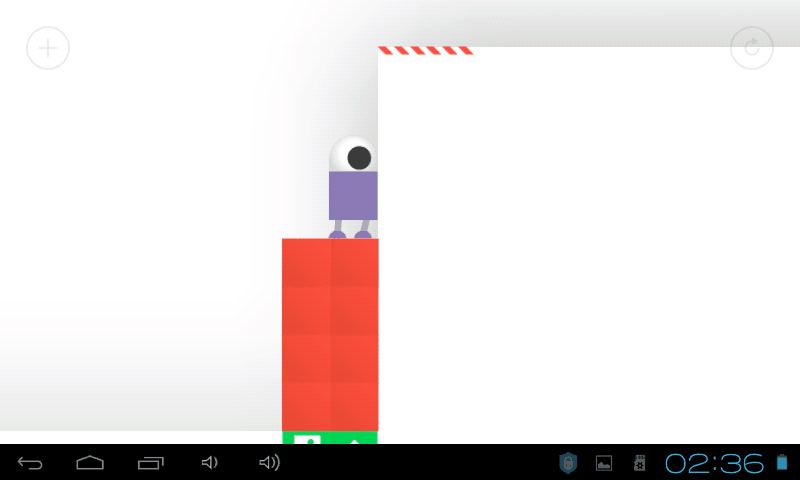 I am definitely keeping Odd Bot Out as a resident game on my device – some levels can be revisited, and the game makes for a perfect time killer for those times when you feel like relaxing and focusing on something nice and challenging, but not annoyingly hard. All things considered, the game’s replay value is good, and just like I never uninstalled Monument Valley and like to come back to it, I am keeping this cute puzzler, too. 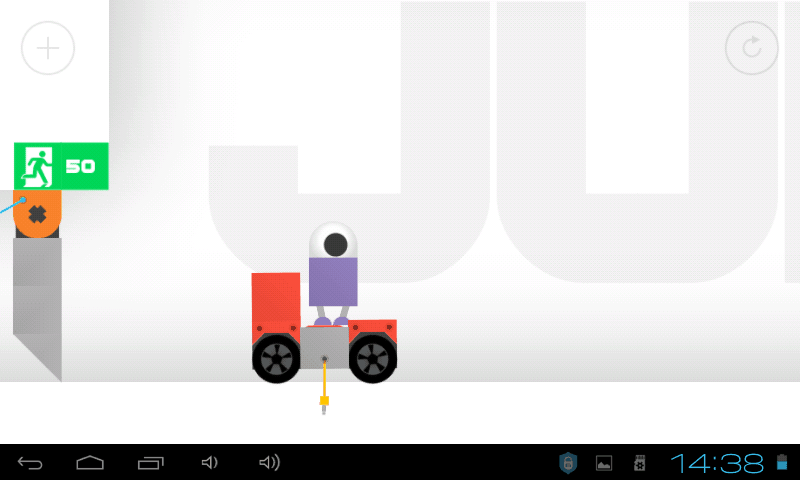 I was happy not to see another faux retro pixel art, or a 3D bacchanalia of hi-res colors. Odd Bot Out sports sophisticated minimalist design that does not give you a headache, but lets you enjoy, focus and relax at the same time. Its pure white background and simple, bold colors of interactive items are beautiful and smart, especially since they are all geometric shapes that are clean cut and neat. 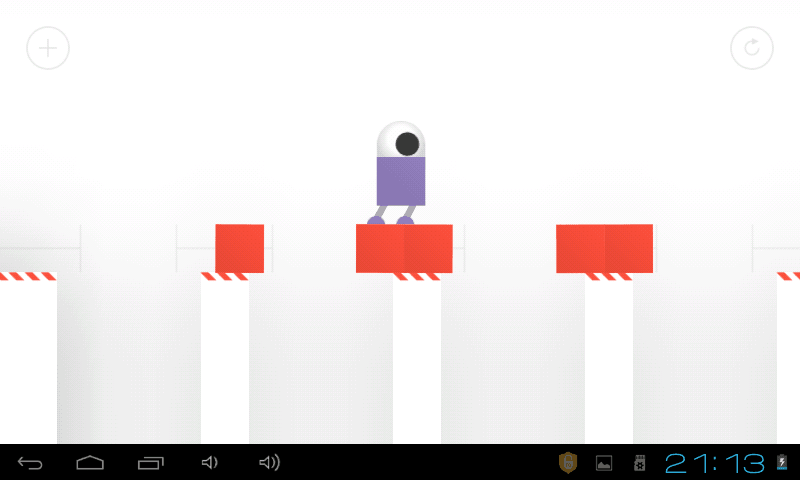 I put a lot of words into describing the personality of the protagonist, which is great mainly due to the smart design and effects the developer gave it.

Another neat aspect is the absence of any menus and options. The clean initial window is the breakdown of levels, and inside each level, there are two buttons to restart and exit to the levels breakdown. By the way, you can go back to the pending level from there, and its progress remains saved unless you restart it. 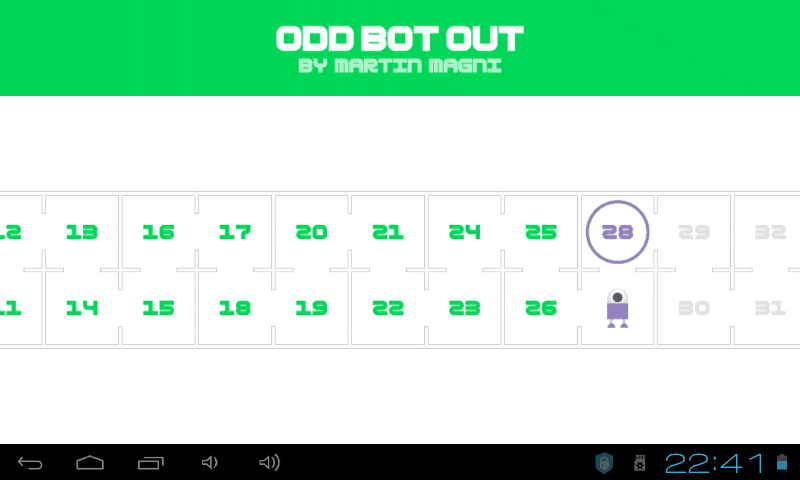 I also loved the music and the accompanying effects of tapping feet, rolling wheels and switching mechanisms. As atmospheric as the sound score is, I would like to have the consistent soundtrack, music that would follow Odd all along, besides the sound effects. The music in Odd is non-intrusive and atmospheric enough not to be distracting, so I miss that ambient background in many levels.

There is only one nag that surprised me in this game – it runs perfectly smooth on a simpler Huawei, but fails to get past the initial screen on a Samsung Tab 3. I also spotted a Nexus 5 user complain the game crashes when put in a landscape mode. Other than that, when I had the game up and running, I did not experience any performance issues. 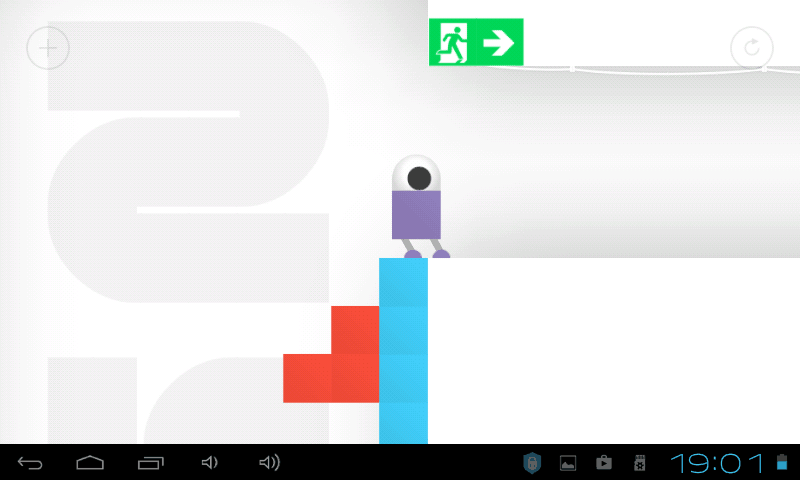 The free demo contains 10 initial levels while the rest 90 are available for $1.99 on Android. The iOS version comes in a premium version only, and it is also available on Google Play, so you can buy the game right away, without the demo+IAP hassle. There are no other IAPs. It is difficult to predict whether the upcoming new levels, and I am sure there will be some, will come as paid extensions available via IAPs, or free updates. 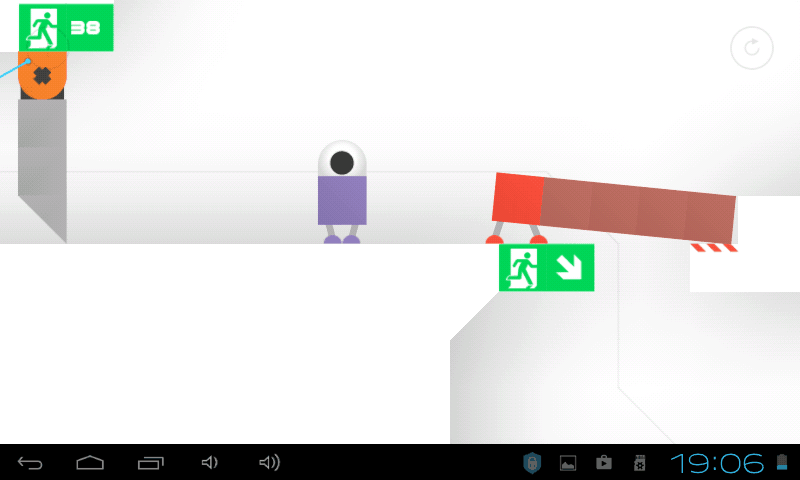 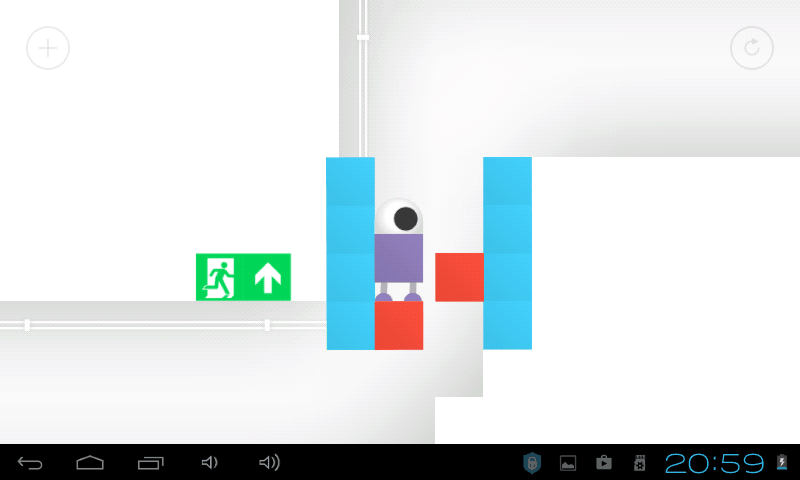 Have you watched Automata lately? It is a tale about AI becoming self-aware and fleeing inevitable extermination in search for, no more, no less – freedom. It does not want to exterminate humans; nor does it want to prove anything to humans. Amazingly peaceful, superior in its humane side artificial intelligence shows an outstanding will for survival and love of life. Odd Bot Out is a simplified, kid-friendly version of the philosophical Automata. It challenges you with smart, yet accessible puzzles, and shows a wonderful journey of a robot with a character, as it overcomes hopeless dead-ends and tries again and again until it succeeds. Lovingly crafted, beautifully designed, Odd Bot Out is a wonderful toy for players of all ages and backgrounds.

P.S. When Elon Musk starts selling AI-powered ashtrays, I want one that looks like Odd. 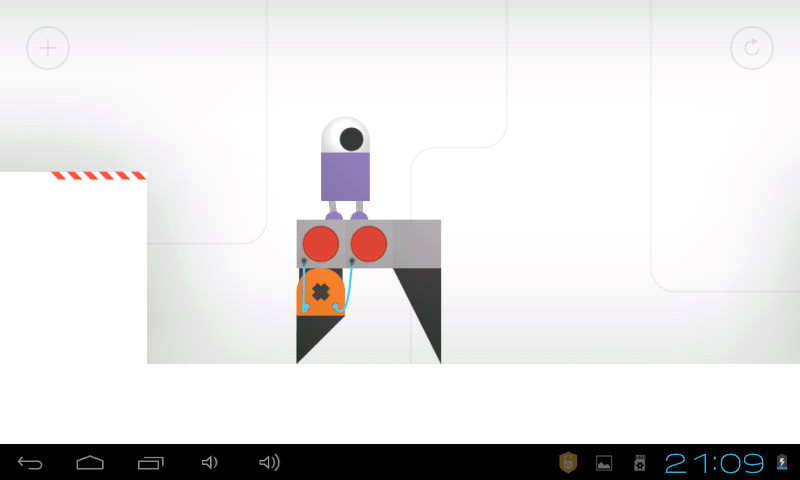