Based on a show for kids called Oh No! It’s An Alien Invasion, Turret Alert happens to be a very fun and enjoyable shooter. It is appropriate for young kids and adults, irrespective of your skill level and maturity – the shooting is fun and not really violent. Remember that old 1994 mobile Mars Attacks, starring Pierce Brosnan, Sarah Jessica Parker and Tom Jones, where aliens’ brains would explode ? I’d say Turret Alert pretty much follows the footsteps of the movie. 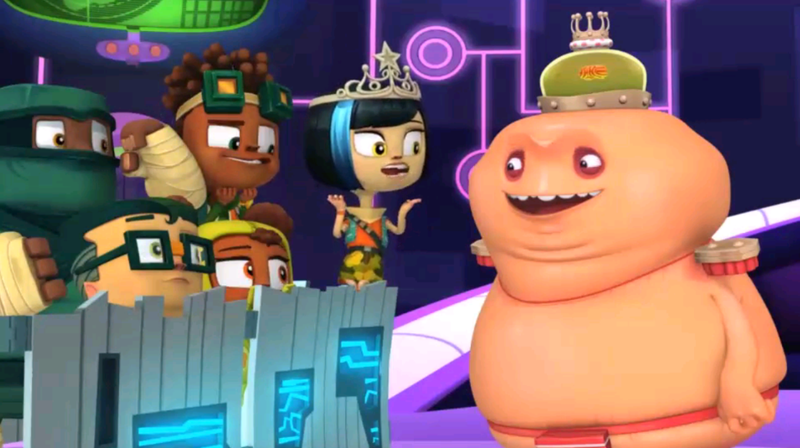 Earth is under attack from crazy aliens, and by crazy I mean they are really weird. They look a lot like the aliens from Mars Attacks, with their brains visible from underneath their helmets. They appreciate a good laugh, and hate grownups – No Parents. No Problem! So, the first thing they do upon arrival to our planet is abducting all grownup people, leaving befuddled kids alone. Now a group of rough butt kicking kids lead by Turret, Nate and Jumbo Ninja have to demolish the pesky invaders and get their parents back.

You start off as Turret, but as you earn in-game coins you will eventually unlock the other two characters. By default, you have a simple blaster gun. Aiming is super easy and all you have to do is tap the aliens. The challenge here is they move and fire back at you.

Before you begin, you can choose a power up – a fast forward, slow-mo and brain freeze. I would recommend the slo-mo for starters because it shows the mechanics pretty well.

The brainlings shoot purple balls at you, and you have to fire at them to intercept. Otherwise, game over! 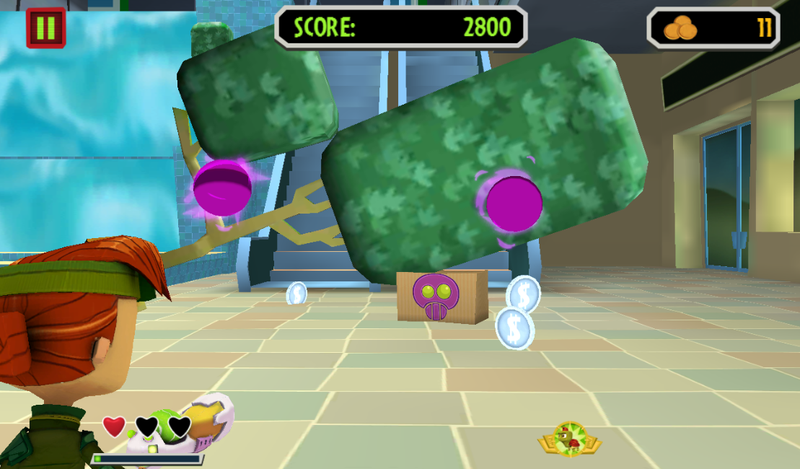 The kids have found the brainlings headquarters in a huge mall, and this is where the most of the gameplay takes place as your hero moves on once he is done with each group of invaders.

There will be traps and power-ups, and you will learn to distinguish them. Don’t shoot the bombs because they kill you, too.

Initially, you only have one life, but further on lives will be added as you level up. There will be coins all over the place as you shoot the aliens, and you have to tap them to collect them – a catch I didn’t realize at first because I nitially thought they’d be added automatically. 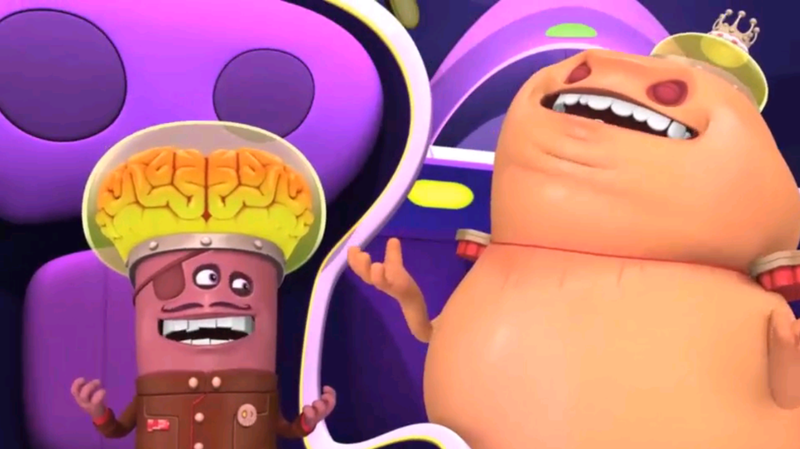 The controls are simple – tap to shoot, or swipe a line between several aliens to shoot a powerful combo and eliminate several of them at once.

At first, I thought this was an all-kids game judging from the simplicity of the gameplay, vibrant colors and great cut scenes. However, the first round made me doubt my skills because I didn’t even make it to the boss. The more I played, the more I saw grownups playing it – some challenges are really hard, and I cannot for the love of God figure out how to beat the boss – he’s indestructible!

That said, I don’t know why the game results to be more difficult that it initially appeared, but it’s the challenge that appeals to the wider audience. 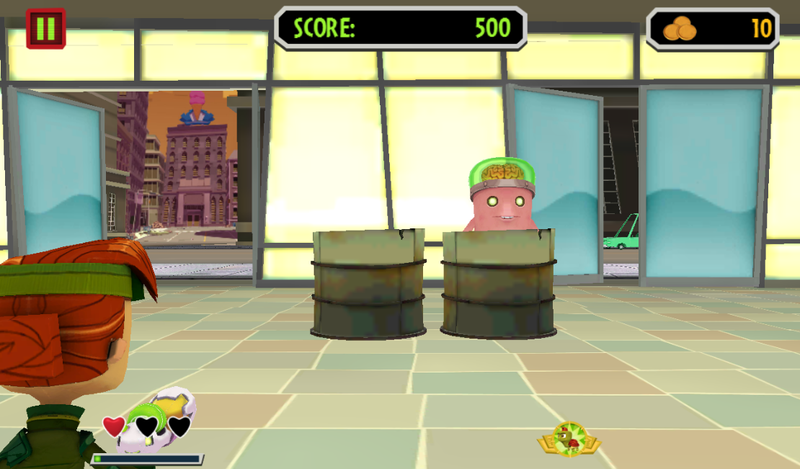 On the flip side, everything in the game that you can unlock or upgrade is pretty expensive. No, you don’t need to buy anything via in-app purchases because the game alone costs you $2, but you grind for coin just to unlock a better gun.

I don’t like how the boss doesn’t have a life bar and I just don’t know where to aim to do any damage to him, or his flying saucer. 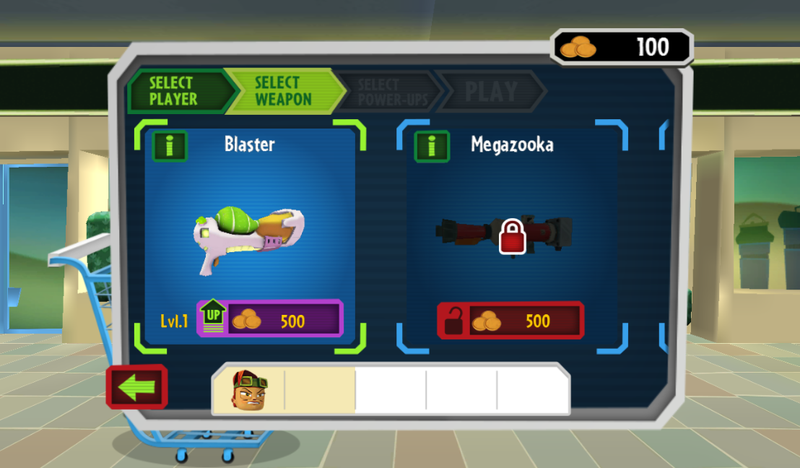 Everything about Turret Alert’s design is adorable, and the cut scenes are just hilarious, even though I have never watched the TV show. The animations are a bit clunky, reminiscent of the old-school arcade games like the House of the Dead, and that feels totally natural here. The colors are vibrant and I’ve seldom seen characters with such well-drawn personalities in mobile games – you either love them or laugh at them instantly.

Oh No! Turret Alert is an overall fun and enjoyable shooter for kids and grownups alike with an excellent replay value despite the grinding part. The unexpected difficulty of advancing through the game makes it a challenge enough for the savvy gamers nostalgic of Nintendo era. It features hilarious cinematic cut scenes with full voice over and fine sense of humor. On the flip side, the game would have gained more traction if it were more affordable. I like the model of premium games you buy once and never bother about having to unlock content via in-app purchases, and Nelvana Digital has done a great job putting this game together, but it seems like it is sinking beneath a pile of new games unnoticed.