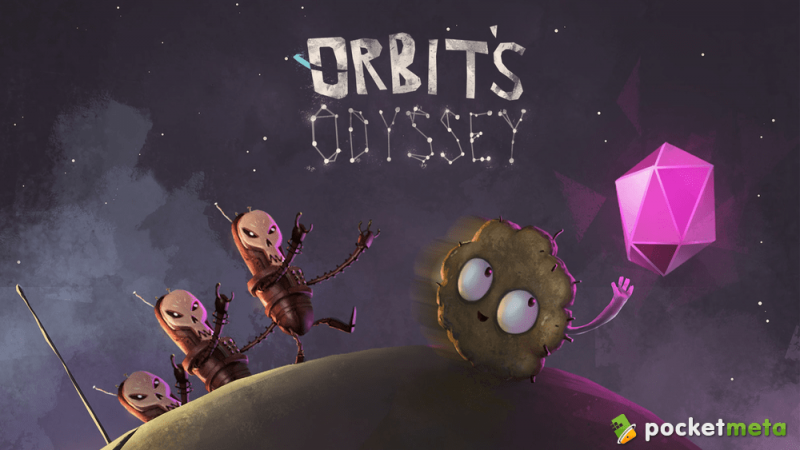 Orbit’s Odyssey is a new puzzle game from Paperkyte, a San Fransisco-based mobile entertainment company. Its gameplay mechanics might seem like a lot of games you have seen before – rotating planets, a little hero running along the surface, physics-based gameplay. However, Orbit’s Odyssey is a beefed up rendition of that mechanic, and totally worth a $3 investment. Let’s take a look at what it offers.

The first and most obvious virtue of Orbit’s Odyssey is its design. Papier-mâché, do the French enjoy complicating spelling, and 3D art styles combined create an impressive work of art. The backgrounds are stellar while the planets look like you want to have a physical copy of them on your table. The heroes are adorable, and the antagonists look like scary bad animatronics from FNAF. The music is catchy and ambient, so the art work in general is outstanding and engrossing. 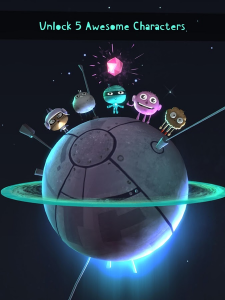 The gameplay revolves around revolving. Literally. You control a little dude Orbit, who happens to try and intervene with the bad robots intervention into the peaceful planets. One-button tap controls are simplistic, yet challenging. Tap and hold and Orbit will roll forward.
The first easy levels introduce you into the physics of Orbit’s Odyssey. The planet is spinning into the same direction. Orbit can only move forward, which is to the right. If you want it to move backwards, you need to release the move button. Golden coins and gems are scattered across the planet’s atmosphere.

If Orbit rolls, it can not capture the coins. It needs to stand still to be tall enough to catch the coins. Or else, you can time the release of the roll button to have Orbit jump up a little as it stands up. That way, you can collect coins faster, but it’s a difficult maneuver to time because the movement is pretty fast. Orbit’s objective is to collect all the coins. Only then will the single gem come down so Orbit can catch it. It would have been easy if it weren’t for the bad robots patrolling the planets. They walk in the same direction Orbit rolls. Each time they make a full circle, their numbers increase by one. 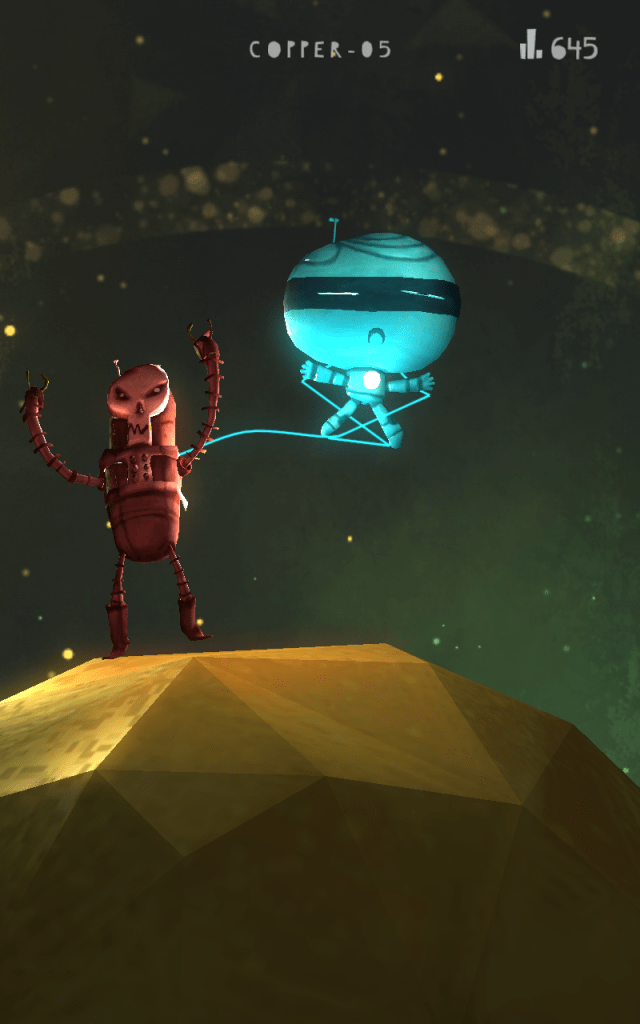 To trigger a teleporter, Orbit needs to actively roll into it. Whereas if it just stands still on a planet and passes through a planetary ring, it will not trigger the teleporter. Soon enough, it gets disorienting and dizzying. I imagine some players having the spatial skills enough to memorize how each level works, with the orbits and teleporters, but I mostly find myself replaying failed levels by trial and error. Where each new try does not derive lessons from the previously failed tries.

So, yes, the game is difficult in a charming, teeth-screeching way. It makes for a euphoric ecstasy when you clear one of the 90 stages. 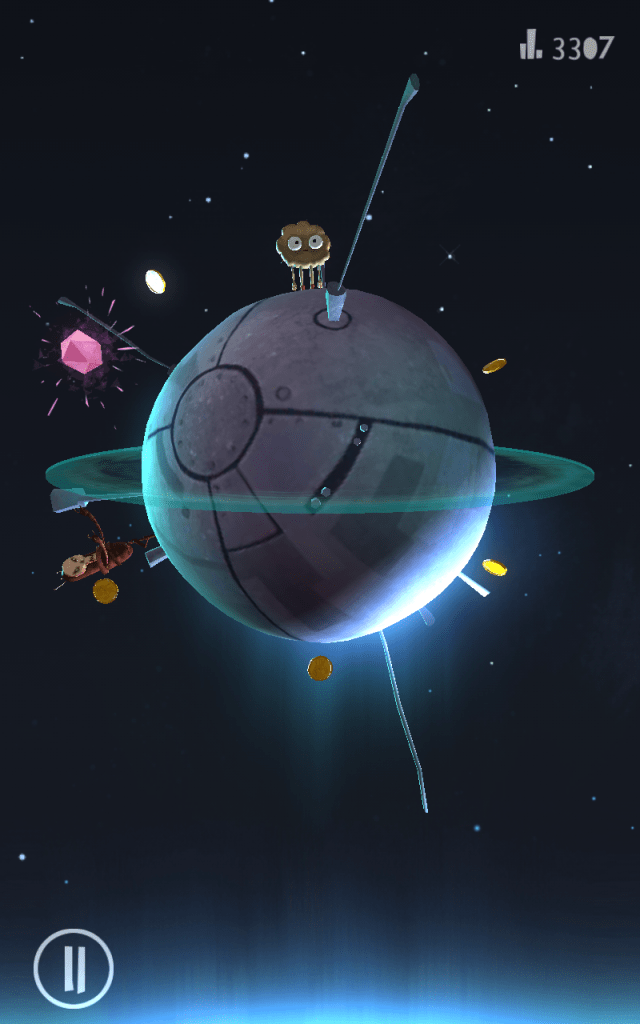 The addiction does not hide in the gameplay alone. The game has 6 seasons, each with a different planetary layout, visuals, and challenges. As you clear levels and score 1-3 stars in each, you generate in-game points. These will unlock new seasons, and new protagonists. Orbit comes in five looks, and none of them is different in terms of its possibilities – the difference is aesthetic mostly. There is an adorable cookie, an astronaut, a kitten, a pink thingie, and a thing that looks like a space potato. 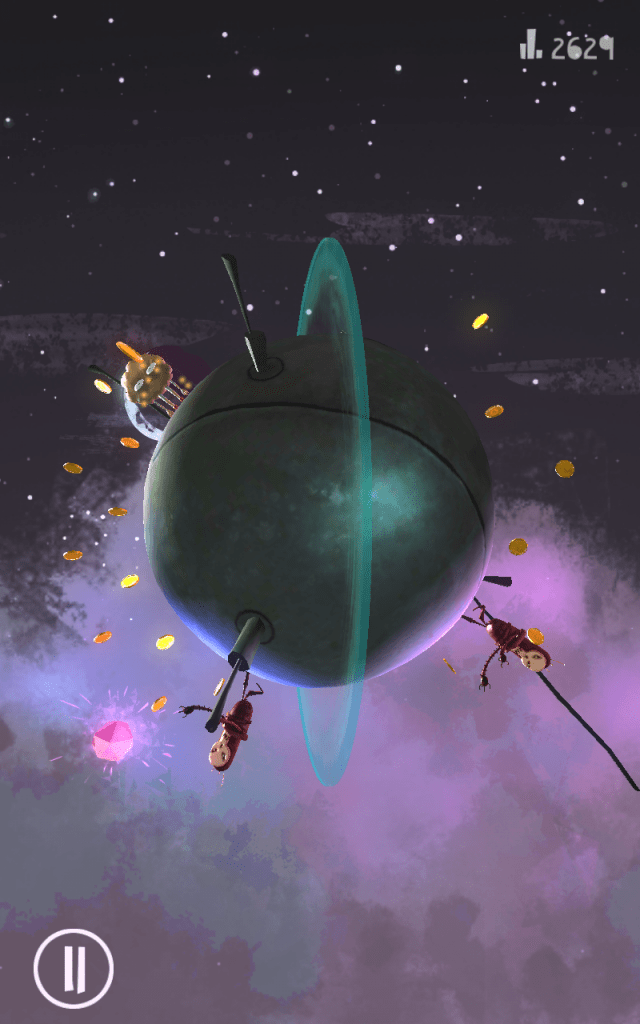 Notably, as you unlock a season, more or less all of its levels are unlocked, so you are not forced to replay one and the same level to clear it before you can play the next one. This takes away the grinding part, and adds a lot to the replay value – since you can hop on and off the levels, and seasons, for more visual, difficulty and gameplay variety.

I find the game perfect for short gameplay sessions, and it will entertain you for a good while. My first session was 1.5+hrs. as I played till I unlocked the second season. After that, I find it more suitable for 15 minutes getaways to reset the brain and enjoy the visuals. A longer session risks to raise my adrenaline levels as I get upset at how tricky it gets. 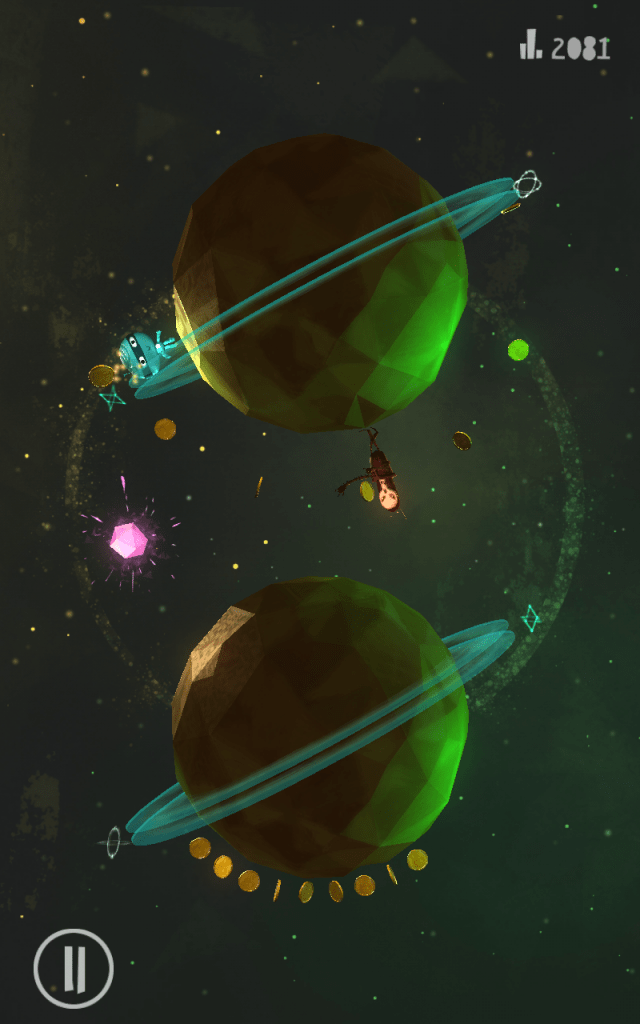 Orbit’s Odyssey is a premium title worth $3, no ads, no IAPs, no paywalls. You need to collect all the stars and gems to accumulate the in-game points that unlock new seasons. Some levels will let you grab the gem before you grab all the coins, but the more coins you collect, the faster you will unlock new content. The game soft-launched in New Zealand last year, but it is only now that the developers consider it ready for prime time, so a lot of love and work has been invested here. 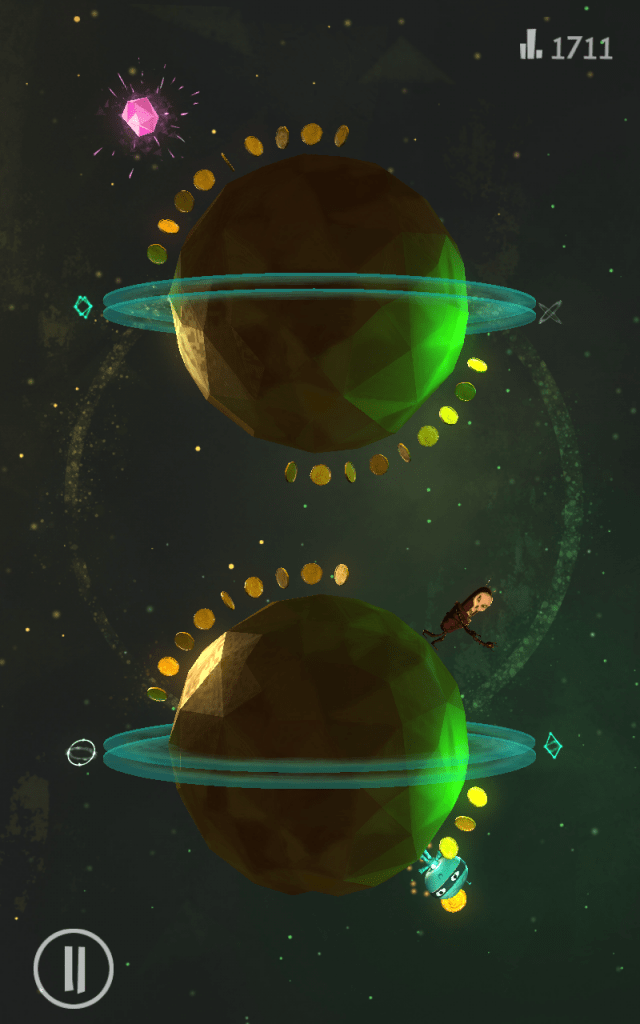 Awesome visuals, catchy music
90 mind-bending levels
Great visual and challenge variety
5 unlockable characters
Fairly difficult, at times disorienting
Premium, no IAPs
Simple one-button control is easy to get the hang of, but difficult to master
Addicting
You can play it offline
Perfect for short sessions on the go

Gets repetitive over the course of long gameplay sessions, but your impressions might differ 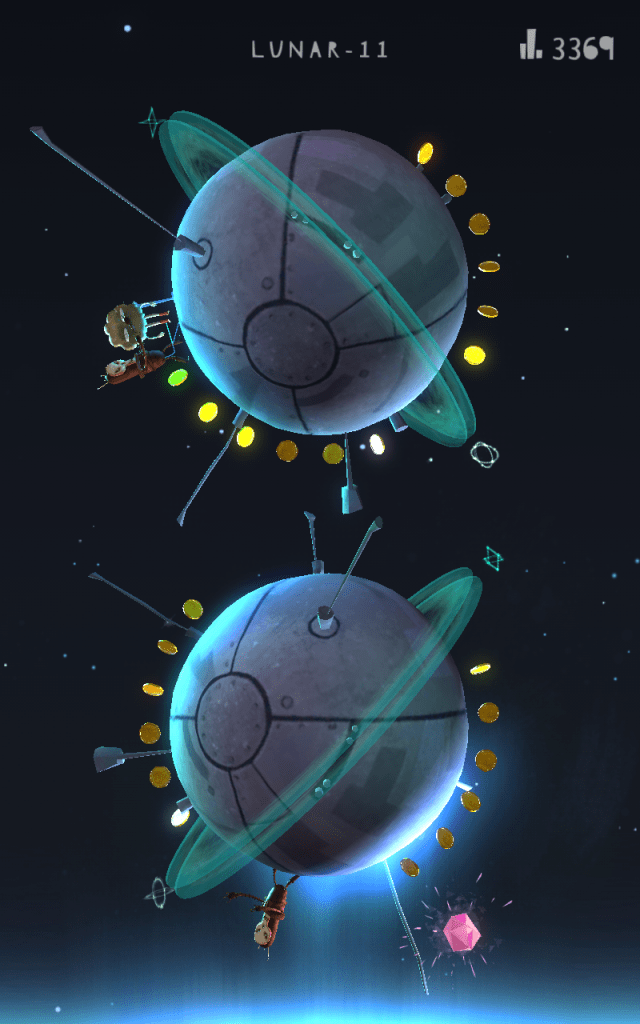 Orbit’s Odyssey is a top-notch casual puzzler based on mind-bending teleporting and orbiting physics. It has stellar visuals, quite unique also, and a great soundtrack. The gameplay is addicting and best suits short bursts of intense sessions. There are six unlockable seasons and five unlockable characters. The game lets you play any level in an unlocked season, so you are not bound to a single level you find overly difficult. The overall difficulty is pretty challenging, except for the initial levels. It’s a worthy investment, provided you are a fan of casual puzzlers and fast-paced twitch games that require perfect timing and good spatial skills. Appropriate for all ages.

A promo code for Orbit’s Odyssey was supplied to PocketMeta by Novy Unlimited. The review was not sponsored in any way.