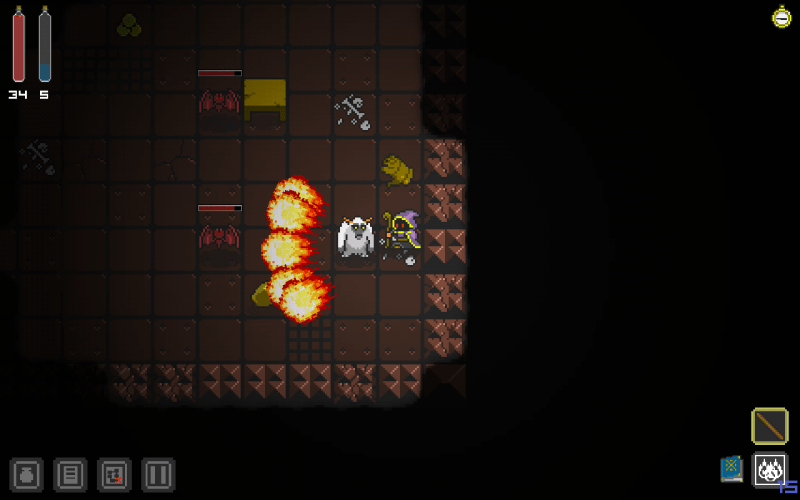 A game that I’ve been wanting to review for a while now, but never got around to it, is Quest of Dungeons. This was originally a PC game, but was later released for iOS — as of right now there is no Android version. Quest of Dungeons is challenging, frustrating, refreshing, and fun. It isn’t a game with an intricate story-line, it doesn’t have in-depth character customization, but it does offer a gameplay that will suck you in for hours at a time.

Yes, this is another 16-bit mobile game, so it’s tough to really grade it visually. However, in cases like this, I like to take into account how smoothly the game runs — as well as any extra effort the developer gives to making it look like more than a 16-bit game. QoD definitely runs smooth, and I never encountered a single graphical error throughout my play. The character models all look great, and although you can’t change the appearance of your character whatsoever (even with new gear), you never get too bored looking at the same model. 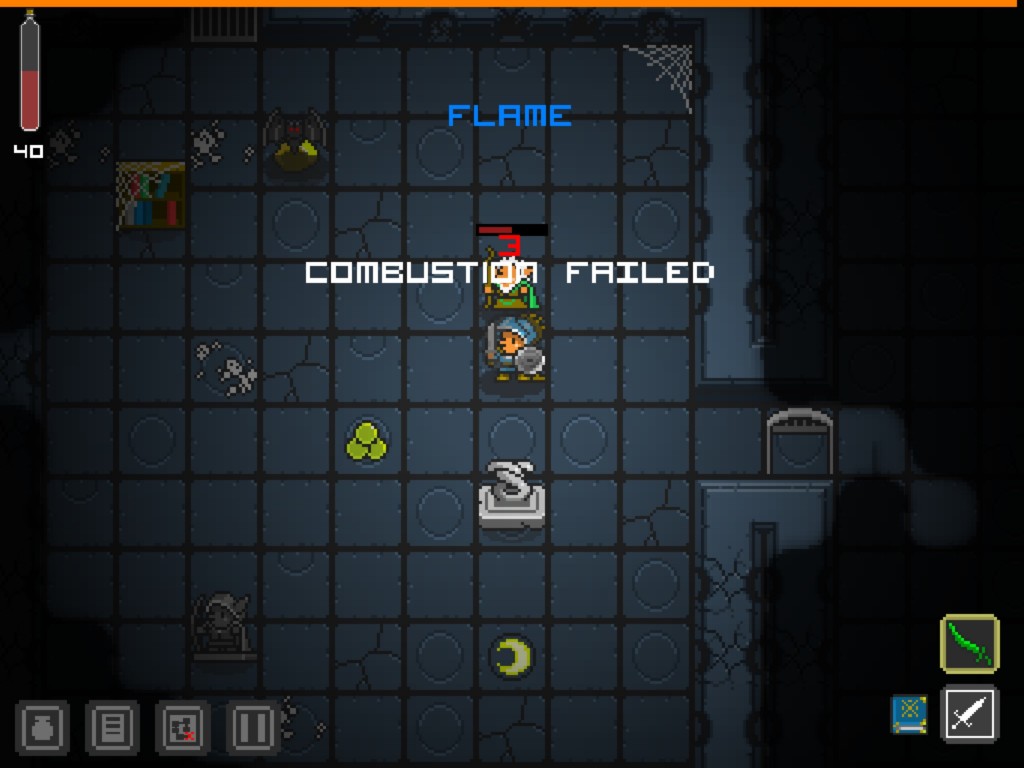 There are a variety of different monsters, but unfortunately these models are pretty generic and boring to look at after seeing them so many times — and you’ll re-encounter a lot of enemies given the structure of the gameplay. I do want to highlight the bosses, which look pretty badass, and there are quite a few boss models you’ll discover throughout the game. There are a handful of different ability graphics, but nothing to rave about. Overall the Visuals were good, but definitely could have used some more variety, given the 16-bit graphics.

Quest of Dungeons is pretty simple, but also involves a bit of strategy on the player’s end. You’ll spend most of your time exploring a completely randomized, multi-level dungeon, and battling monsters/bosses that you encounter along the way. Each game is unique, there are no checkpoints, there are no save slots — and when you die, you die for good (until you start a new game). There are a total of four playable classes, each with unique abilities and play-styles to master: Warrior, Mage, Archer, and Shaman.

You’ll collect loot and gear as you progress through the dungeon, which can be sold to the vendor (one per dungeon level), or equipped to increase your stats. Combat is a simple tap to attack, and each single movement or attack your character makes, each visible enemy will respond with a movement or attack of their own. As a ranged class, you can often times take out enemies before they reach you, but there are also ranged enemies which are a bit more challenging to deal with. The bosses in QoD require a lot of well-planned movements, proper buffs, and intelligently timed eating to replenish your HP. 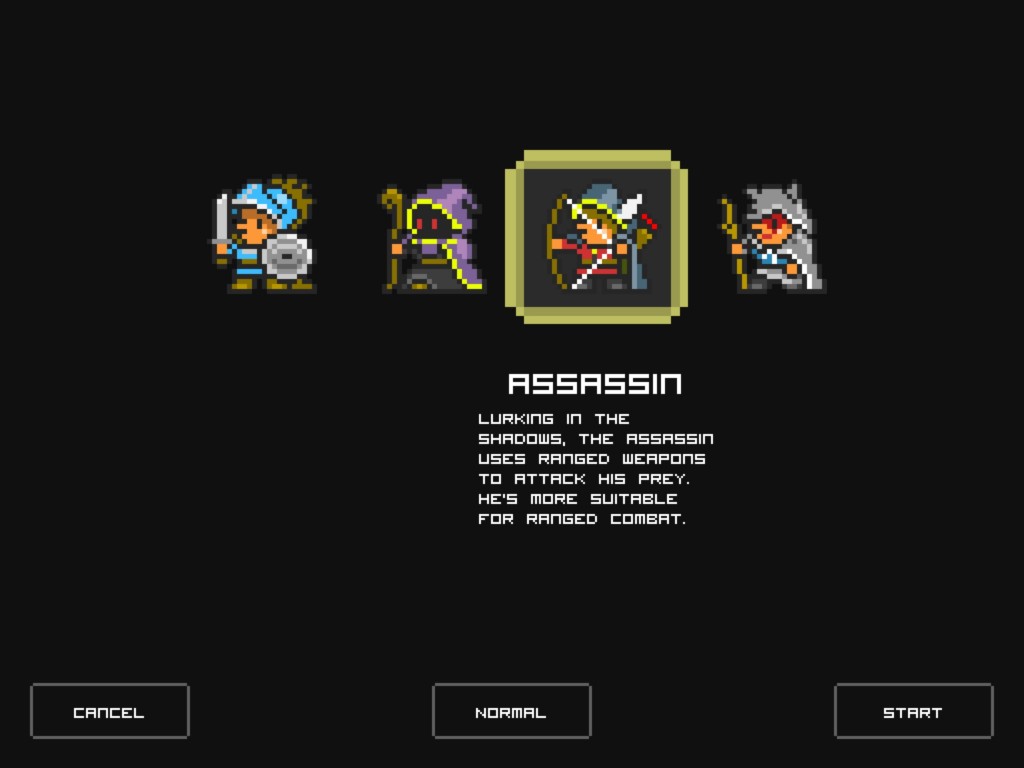 There are secret rooms, hidden traps, and other goodies to uncover while you progress through your dungeon — but the primary goal is to reach the final floor and take out the final boss. Quest of Dungeons also offers three different difficulty settings, so you can take it easy or crank it up to hardcore for a real challenge. Although there are a lot of positives, it just doesn’t feel like there is enough there at times, and I know some people will get tired of the simple system relatively fast.

The Interface was very good, I found it easy to manage my inventory and navigate through the dungeon. If you try to play the game too fast, it can end up costing you as it’s just too hard to fight some of the mobile enemies in the game without taking a second to think before each action. As you acquire gear, you can quickly decide whether to sell it or use it, as each piece shows exactly what you’ll lose/gain stat-wise from equipping it (compared to your currently equipped piece of gear in that slot). 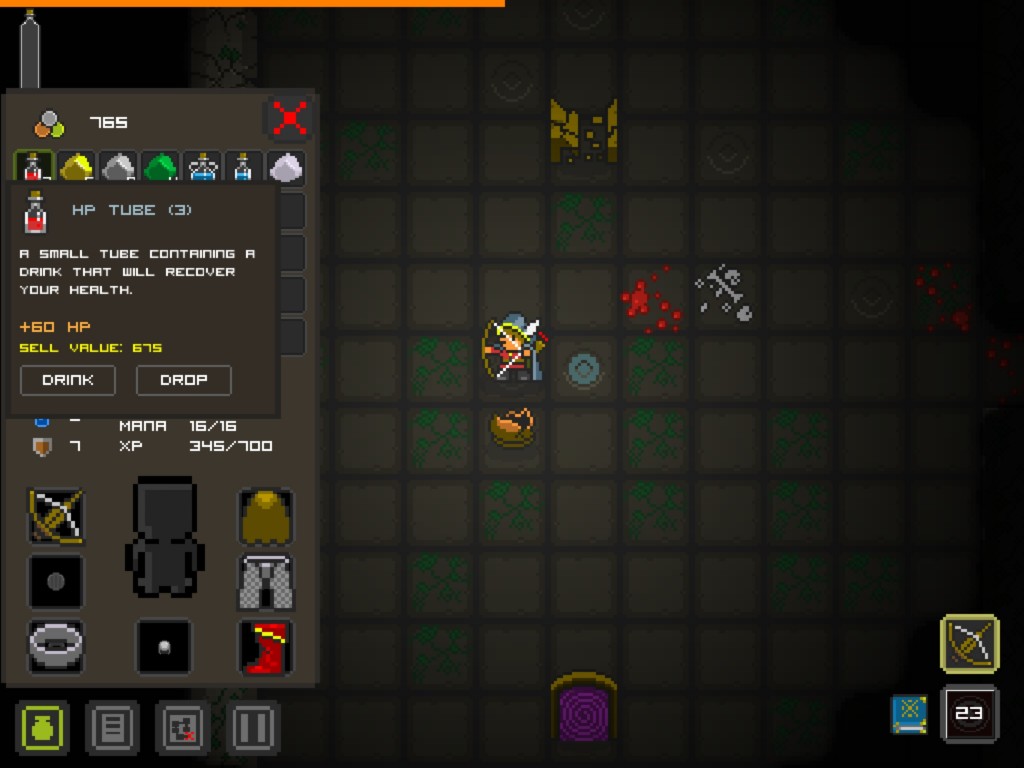 Menu tabs are separated into four different categories for stats, equipment, quests, and settings — these are all easily accessible via the bottom-left corner of the screen, with small, but very easy to tap icons. There really isn’t anything I’d change or add to the Interface.

Despite the fact that there really isn’t much else to this game other than a single game mode, it still has plenty of replay value due to the randomized dungeon aspect. Every single time you start a new game in QoD, you’re going to get a completely new map. This, coupled with the four unique classes, offers quite a bit to play around with. Still, the game eventually gets stale, simply because you’re still going through and fighting the same monsters, and all of the floors still look the same visually. Granted, the bosses do get switched up each game, that’s not nearly enough to grant Quest of Dungeons anything more than a 3.5 for Replay. 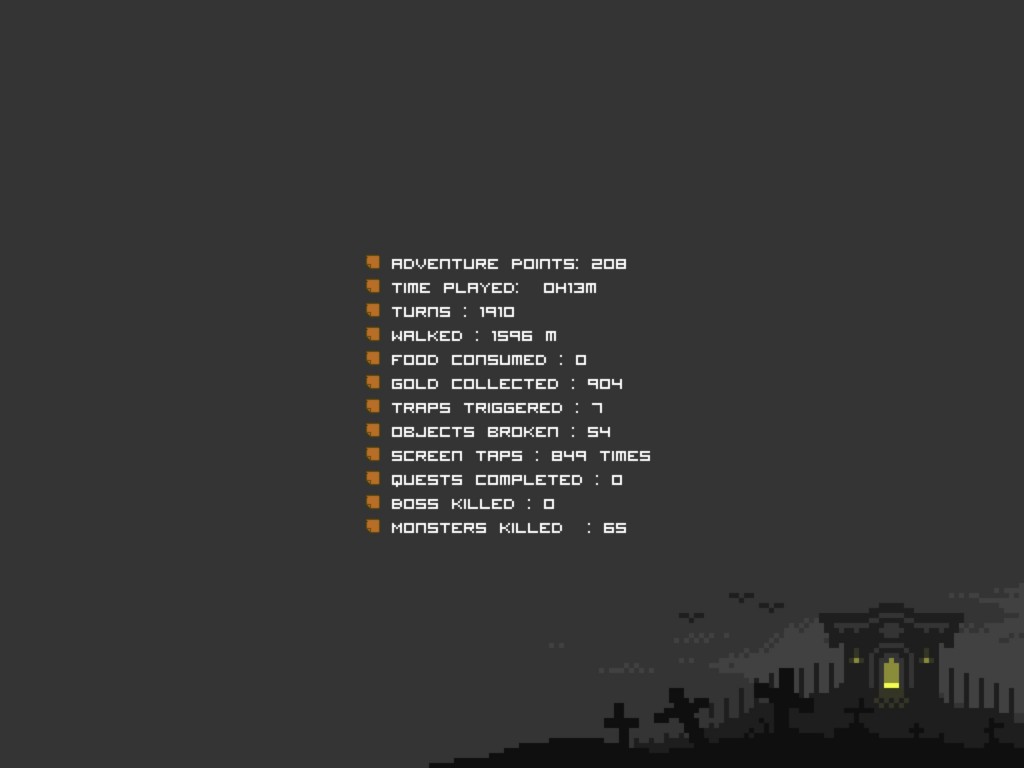 On top of that, if you’re not really impressed with the gameplay, you’re probably going to end up setting this one down relatively quick as there’s really nothing else to do.

Quest of Dungeons is an example of how a simple game can definitely be worth a couple of bucks, and can keep players interested despite not having much to offer past it’s primary game mode. Still, it isn’t perfect, and there are a few minor adjustments that could really improve the game — but I’d recommend this to anybody who enjoys 16-bit dungeon crawlers.

Click here to check out Quest of Dungeons on the Apple App Store!

Make sure to leave a comment with your thoughts about this review, as well as Quest of Dungeons itself!