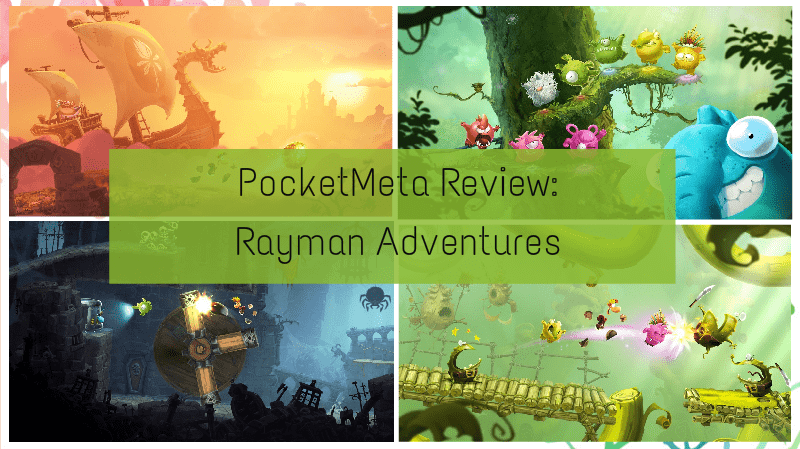 A joyful, vibrant and frantic platformer, Rayman Adventures from Ubisoft launched in early December to the delight of its multimillion fandom. There have been two brilliant Rayman games on mobile before, Rayman Jungle Run and Rayman Fiesta Run, and Adventures had the bar set pretty high for it by the two predecessors. Is it fun to play? Definitely. Is it flawless? Far from it.

The first thing that strikes a chord with any Rayman fan is how good this game looks. The vibrant colors, wonderfully rendered characters with their whimsical sounds and moves, the gorgeous environments and even the titular sound score – everything art-wise in Adventures is spot on.

The gameplay is frantic and fun, as you would expect it. This time, Rayman has to collect the golden eggs that, when hatch, produce the sort of critter, an Incrediball, that does two things – a) breathes some magical soup onto a big tree, and the latter grows; b) assists Rayman in his quests, being the power up with a somewhat limited area of action. Some critters work as shields in combat scenarios. Others work as magnets for the lumps Rayman has to collect, and so on. You can play some levels unassisted, while some levels are easier when you have one or several critters at hand, but some areas simply require you to have power-ups.
Now, the levels come in three main categories – the combat-based ones, the exploration ones and the collection-based ones. They have the hidden areas you have to mingle with to figure out how to free a critter, or find a treasure. In most cases, the levels are short and sweet, perfect for bite-sized mobile time killing. 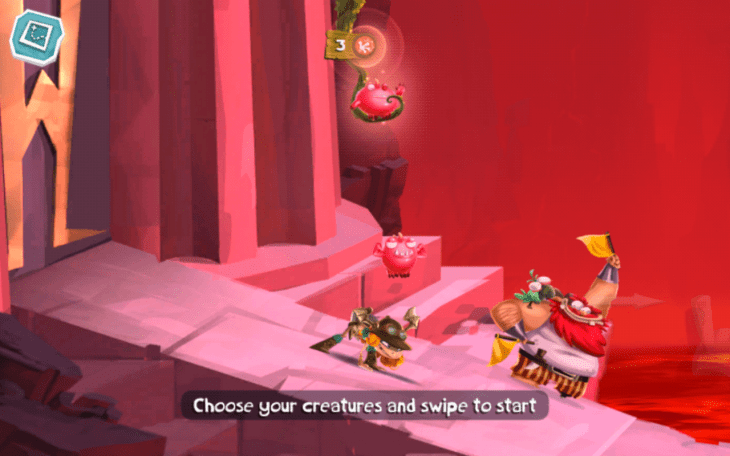 Having said that, the game does have a few hiccups here and there that hinder the experience. First of all, the developer meant to give the player more control, or so it seems. Rayman does run automatically, but you can now swipe to change his direction, and tap to make him jump. You also swipe in the direction he runs to launch an attack. If it were a slo-mo game, I would have been successful using this control scheme, but Rayman is fast, as in darn fast, and when things get hot, it gets too easy to mess up the swipe and tap. For some reason, this control system does not become the second nature, and it is hard to get accustomed to have it mastered to be automatic.

Also, I do have a very strong suspicion the game itself misinterprets my swipes to taps and vice versa. No good for a fluid gameplay that needs to be consistent in its pace. Other Rayman games on mobile had this consistent flow to them, but Adventures’ flow is disrupted by the confusing (or poorly implemented) controls to the point of frustration. This is especially true for the combat-based levels. Mess up an attack and you jump or bump head on into the enemy instead of attacking it. Arrgh! When it happens with a steady persistence, it gets darn aggravating and not fun, not one little bit. 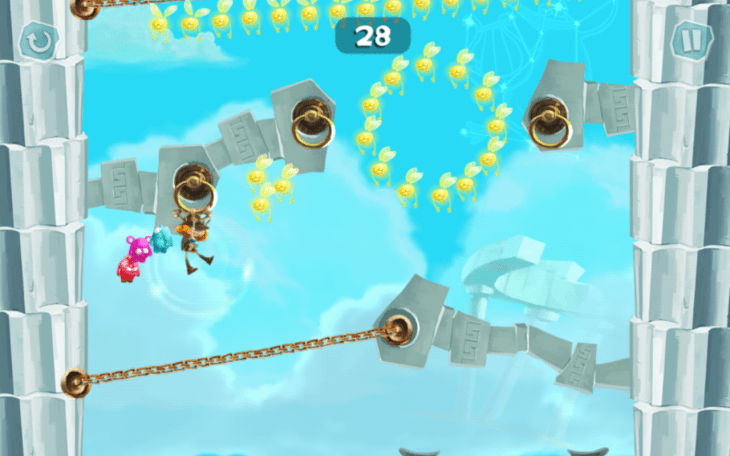 So, on the one hand, Rayman Adventures offers a fun, good-looking gameplay stuffed with mysteries and loot to collect. On the other, it takes away bits and pieces of that fun with the added controls that were supposed to make it even more fun. Ironic.

Unlike the other two Rayman titles, Adventures is a free-to-play game, for better or worse. On the one hand, it does not seem to be obnoxious in its monetization model, but on the other, it gets a few sticks in your wheels, limiting for how long you can play and how you get to replay the levels.

Lots of your progress is tied into the titular Incrediballs. You need to unlock an egg with the Incrediball in order to unlock a new chapter of levels. What is not immediately evident is when you hatch an egg and proceed to the next chapter, the previous ones are locked for good. Bummer.

Care to replay a level to get the coveted three stars? Make sure you do it before you get to the next batch of levels, because once you do, the previous ones are unavailable. This makes it difficult for the perfectionists and the competitive folks to like the game.

Then, the said hatching, or the incubation, takes a while. As, 3.5 hours per one egg. You can, of course, speed that up with the gems, but if you rely on the in-game currency, you will run out of it quite soon. What happens next is you have to either wait, replay the available five or so levels, or buy the gems. The Incrediballs also get tired and hungry, so you need to feed them to be able to use them again. You collect the said gems and tickets, potions, and some other in-game cash as you play, but the very abundance of the in-game currencies suggests the game focuses on the wrong things. Alas, the perks of the freemium. Once in a while, you can watch a video ad for free gems, but other than that the game does not shove ads in your face. Overall, if it weren’t for the fact that the game locks you out of the previous levels when you open a new chapter, and the ridiculous incubation timers, I would have said the free-to-play in Adventures is great. How you take the said two factors is up to you. 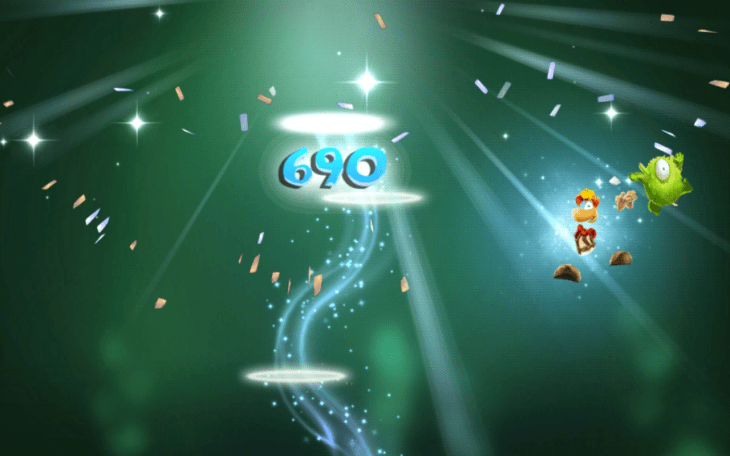 So, is Rayman Adventures fun? I’d say, mostly yes because it preserves the wonderful Rayman spirit of the frantic run, jump and combat action, the gorgeous design, and the terrific character animations. The game also offers great level layouts and sound score. Oftentimes, however, it’s not entertaining because the steady flow of the gameplay gets disrupted by the confusing controls (or the game’s erroneously registering the swipes and taps), and it’s a pain. Having to tap and/or swipe for jumping, changing direction and attacking creates a hot mess where the controls should feel fluid. It does not support the external controllers just yet, but a mobile game should answer the touch controls issues first. All things considered, Rayman Adventures is a good game for the fans of the franchise, but it also has quite a few nags that chip away from the fun of it.