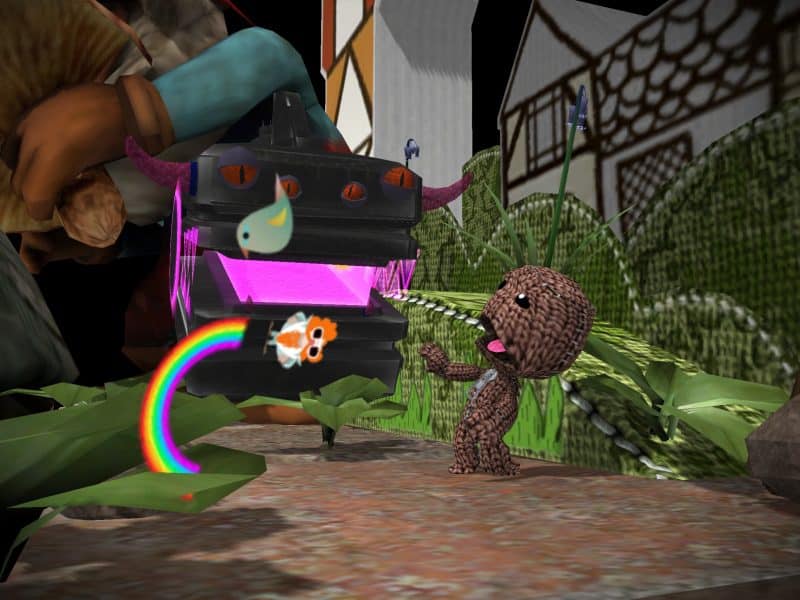 Sony recently released the mobile spin-off of their popular Little Big Planet series, and the spin-off came in the form of an endless runner. Run Sackboy! Run, brings you through various different areas, each with it’s own unique scenery and challenges. The objective is to collect as many coins and stickers as you can, while trying to stay alive by avoiding various objects and enemies. Overall, it’s a pretty standard runner with a familiar brand layered over the top.

Get used to the scenery

There are several different worlds from the LBP universe that you’ll run through, and you can get to them by either running through each world chronologically, or by using boosts. Regardless of how you do it, nothing changes within the world, meaning the layout stays the exact same every time you play a new game. It’s not unheard of, but it seems most runners usually have randomly generated obstacles and enemies.

As for the actual quality of the graphics, it’s pretty good. Nothing too outstanding but the game runs smoothly and the textures are well designed. There seems to be a couple of random hiccups here and there with lag — most of the time nothing really occurs because of it, but it can cause you to die if it occurs at the right time. I’m running the game on a brand new iPad Air 2, so hardware shouldn’t be an issue.

Run Sackboy! Run, is a very basic endless runner game. Your controls are simply tap to jump, hold tap to high jump, and swipe to dash forward. You only get one life, but you can use “save me” to continue if you die — these are limited, and must be purchased with IAP or received by some other means, however you can’t just buy them with standard currency. There are also boosts and other power-ups you can buy, as well as powerups that you can pick up while running through the game.

You’ll want to remember the layout of each world so you know the best routes to take in order to get to the next world safely, and collect as many bubbles as you can along the way. It can get pretty tricky once the speed starts to pick up, so your memory is going to play a huge role in your success. The negativitron, which is the thing you’re endlessly running from, will try to eat you if you get stuck in the pink goo — this is where you need to dash to escape. Other than that, it’s mostly jumping on top of enemies to explode them, and jumping over spikes and other deadly obstacles.

There’s only one game mode to play, which isn’t a good thing. Although the game is fun for a while, it leaves much to be desired once you’ve played a few rounds. You can go back and buy new costumes for your Sackboy, and collecting stickers in the game unlocks special rewards, but there just seems to be not enough reason to keep coming back. It’s fun until the novelty wears off, at which point you might end up putting the game away and forgetting about it.

All in all, it was a noble attempt at making a great endless runner, but ultimately falls short of anything more than average. Since it’s free, and not completely terrible, it’s still worth giving of shot — but no guarantees you won’t find the gameplay to be stagnant and repetitive. 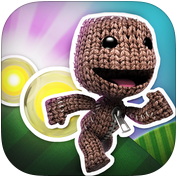 There’s really nothing that stands out about Run Sackboy! Run, and nothing that breaks the mold of the endless runner genre. If anything, there are a few key elements missing that you can find in many other similar games. Despite the shortcomings, the game still has some charm, and since it’s free — it should be on the mobile device of any LittleBigPlanet fan. There isn’t anything restricting you from playing as much as you want, it’s just a matter of how long you’re going to want to play it.