Shadowmatic has quickly emerged as one of the most popular premium games on the Apple App Store. The game offers 70 different puzzles, spread across 9 different rooms that each offer a unique set of background scenery and overall environmental change (along with new music as well). It’s concept is simple, rotate and move the objects) you’re given in order to form a familiar shadow on the wall. Although it sounds interesting, is that something that you could base an entire premium game on? Find out below!

One of the first things I noticed about Shadowmatic was the stunning graphics — which of course, graphics are usually the first thing noticed in any game, but it was all the more prevalent in this case. You can get an idea of the visuals from the screenshots here, but actually playing the game on an iPad (preferably the Air 2) offers an irreplicable experience. It’s not only the way it looks, but also how smooth it plays and feels. 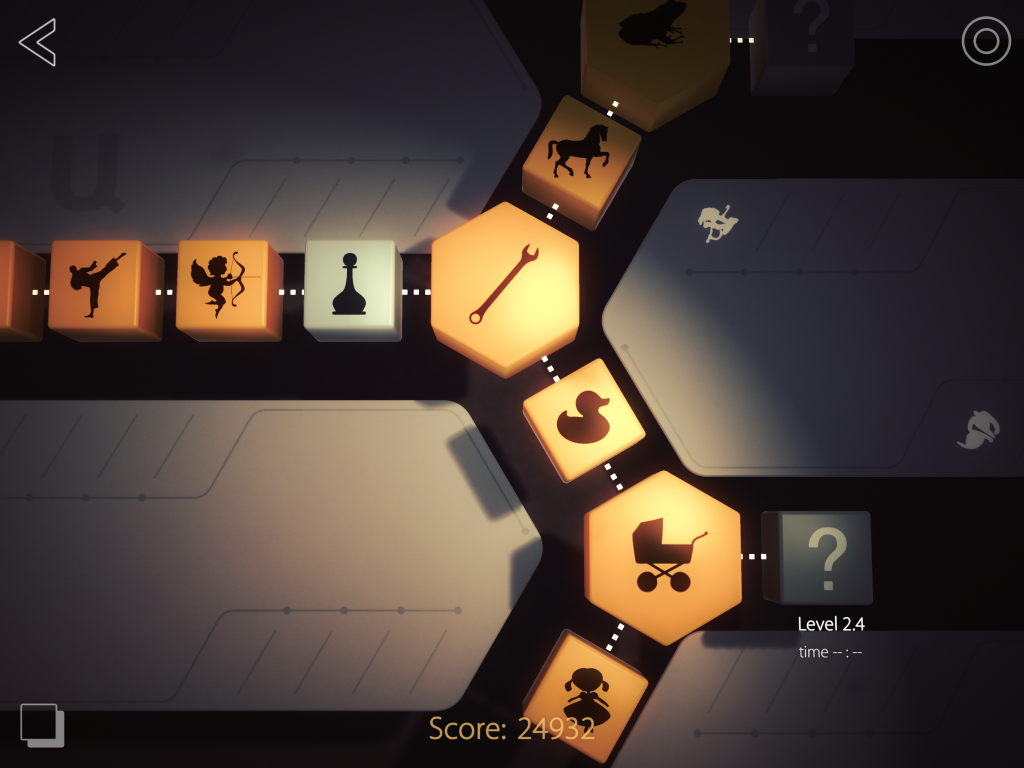 It isn’t only the in-game graphics that are worth noting either, there’s also the sleek and calming menu interface that also stands out. I’ve noticed a few games with high-end graphics that absolutely fail at the menu screen as far as creating something modern, unique, and inviting. Not only does it look great, but it is intelligently designed — each level is laid out on a separate tile, and the way it’s set up allows you to branch off and play more challenging levels sooner if you’d like.

A Relaxing and Innovative Experience

Throughout the entire course of the game the concept never really changes, but it does slightly evolve to change things up from time to time. Early on, you’ll be taking one single object and moving it around and rotating it until it makes a distinguished shape on the wall. However, it can’t just be that easy for 70 levels since that’d get a little monotonous after a while. New mechanics and more complex shapes are the only real changes, but they are definitely enough to prevent Shadowmatic from ever becoming boring.

The biggest change comes when you have multiple objects that you need to rotate and move around. When you’ve got three different objects that need to be manipulated individually to create a specific shape with their shadows, it becomes a pretty difficult task. Certain shapes are also incredibly more difficult to create compared to others, especially when there are no real obvious features like an animal’s leg or a duck’s beak. Along the way, if you ever get stuck, you can use hint points to reveal certain tidbits about the shadow — and eventually what the shadow is supposed to look like (if you spend enough points). You earn hint points gradually by solving puzzles, but alternatively, you can purchase them via an IAP. That’s the only IAP in the game, and seems a bit pointless since you can simple open up your web browsing app and search for Shadowmatic Answers for free.

Something that takes a little bit of getting used to is the controls, which get a tad bit clunky with multiple objects, but ultimately are very well designed considering the gameplay concept. You’ll do a mixture of simple swiping and dragging, as well as holding with one finger while dragging to rotate the objects (counter)-clockwise. You’re able to switch between individual objects by tapping a button on the bottom-left corner of the screen. The only adjustment you’re able to make is to the sensitivity, which is useful, but it’d be interesting to see other control schemes implemented.

Although there isn’t a huge incentive to go back and play through the game once you’ve completed it, that doesn’t prevent it from holding a high replay value throughout your first campaign. Its one of those games where that always has you saying “one more puzzle” every time you think about putting it down. Because of this, it’s really easy to end up playing through three or four chapters before you even set the game down for the first time. In the later chapters however, depending on how quick you are at the puzzles, you could end up spending quite some time trying to solve just a couple of puzzles. 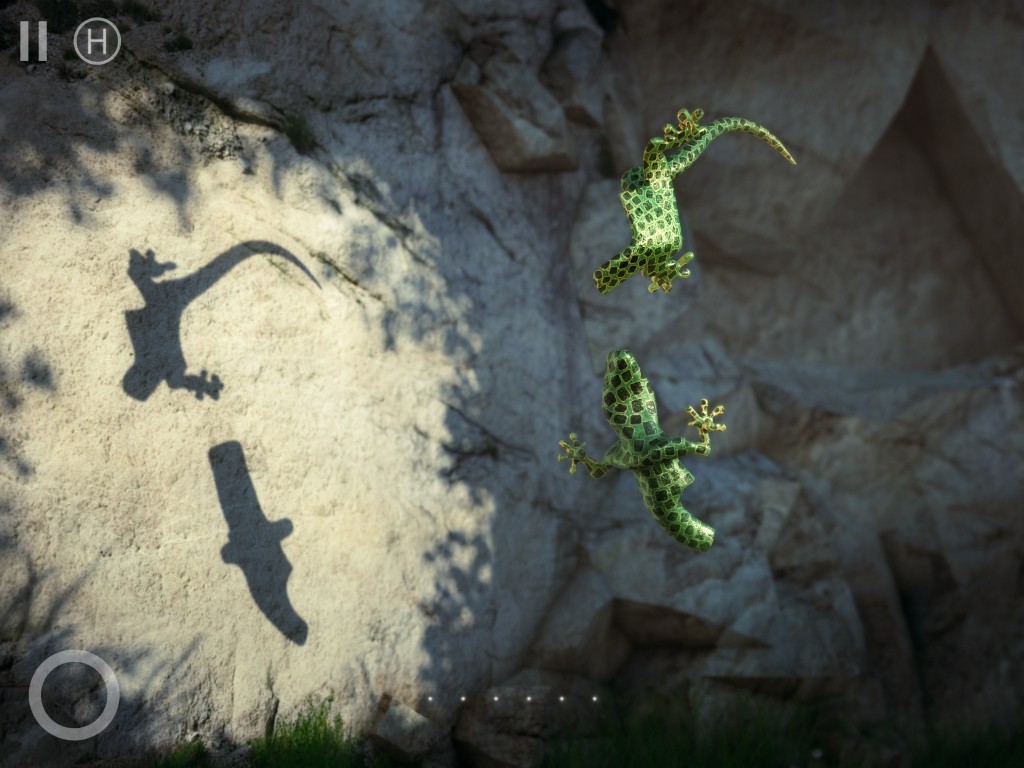 Regardless of how you look at it, there are several hours of quality entertainment packed into this app. It might not be ideal to replay the game immediately after completing it, but you do have the option to flip the tiles to not reveal images prior to starting a level, or even reset your entire progress to try getting a higher score. All in all, it is well worth the $3 purchase for a unique puzzler that doesn’t any play restrictions or need for IAPs whatsoever. 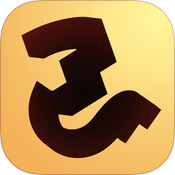 The game is visually excellent, and offers a nice relaxing style of Gameplay that can be difficult at times, but never really too frustrating. Overall it is a very laid back game with plenty of content to keep you entertained for a decent amount of time — especially if you take the time to complete very puzzle without finding answers online. Since the game is so well crafted, and appeals to just about anyone who likes to play mobile games, it’s no surprise it has done so well since it’s release. If you are looking for something new and fresh that is almost guaranteed to be worth the purchase — it is Shadomatic.