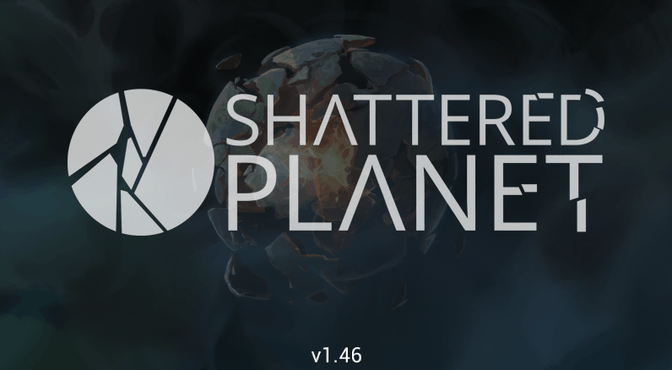 It is difficult to say what urged me to try this new free game out – I could have easily skipped it, if it were not for the user reviews. Some suggested it was one of the best rogue-likes they tried, so I thought it was worth a shot, and worth it turned out to be.

Set in a sci-fi environment, this intergalactic adventure is by far one of the most interesting RPG on Google Play that comes free of charge. Somewhat reminiscent of Star Wars Tiny Death Star, it will keep you learning, yet throwing surprises at you all the way. 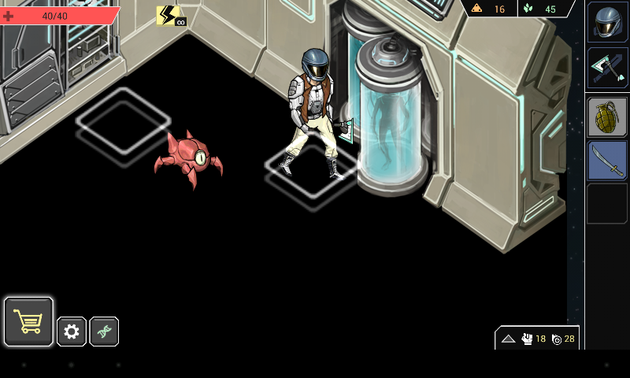 You are a clone commandeered (or guided?) by a green master Yoda-like alien, who is busy doing scientific stuff. Your first mission is to get to the teleporter so that you have a chance to survive. You start moving around, collecting creatures or items, fighting them, or escaping, depending on how skillful or knowledgeable you are.

For example, the little red crab-like critters can be both – enemies and friends, depending on how you encounter them. If you come across them while they are active, you most probably have to fight, while the sleeping critter can be fed and tamed, which effectively makes him your pet body-guard. 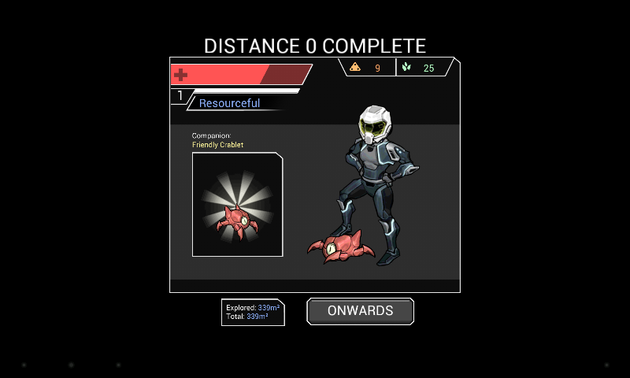 You will probably die very fast at the initial stages because your gear is scarce, and the area is filled with unexpected dangers.

But don’t despair because you are a clone, and get re-created easily. Nevertheless, the gear you have managed to collect and all the upgrades are voided with each new clone, except for the tamed critters and scrap metal. The latter can be used to purchase some gear and armament. 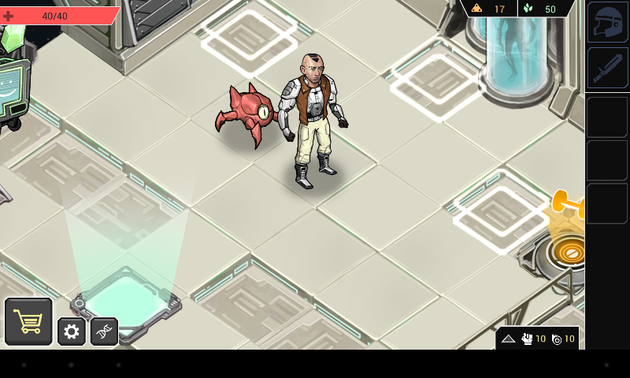 You are initially based on a huge spaceship, which consists of 5 areas – Storage, Training Area, Clone Vats, Crystalobot and R.O.S.A.

Vats is where you customize your clone’s appearance. You can be a male renegade or a female thief, or two versions of robots, each come with a set of different faces and skin colors. The Training Area allows you to upgrade your clone with wits, health and strength in exchange for scrap metal you have collected. If you have some crystals, you can spend them in Crystalobot for various items. 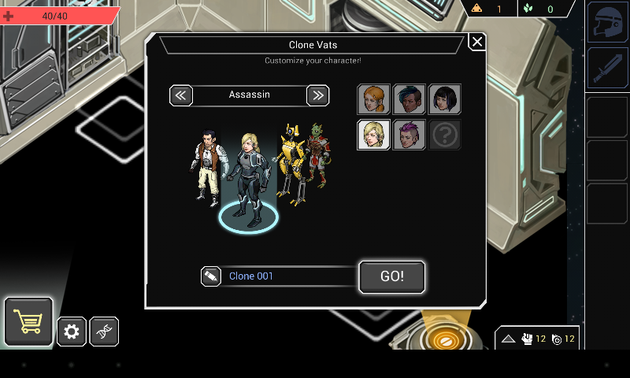 R.O.S.A. is where you buy stuff in exchange for crystals, and I never got what I wanted, but that’s probably the idea. You can accidentally get a very powerful weapon, or a crap helmet, so spend your crystals wisely.

You wander around, fighting and taming, but your aim is to get to teleporters that take you to different planets that can be quite hostile, or rich in resources. Your aim is to explore and get back to the green Yoda-like coordinator to report and get your reward. 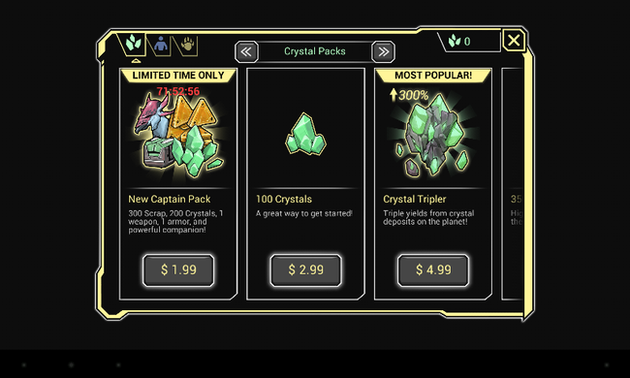 Now, this is not overly intrusive, and I never felt like I was pushed to buy any power-ups in Shattered Planet. You can purchase different packs of crystals or a crystal triple-r for $2.99, or a robot companion, which otherwise is quite lethal to you. You can also buy two more clones that are dormant in the tubes on the ship.

Somewhat hungry on battery juices and resources. Other than that, it is a gorgeous entry and a hidden gem of a game. 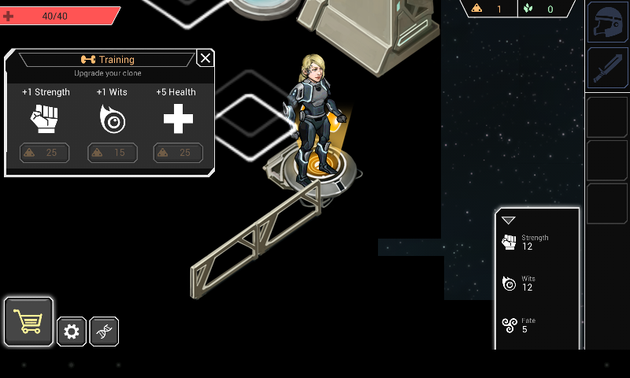 Shattered Planet is a gorgeous little RPG that is sure to get you playing for hours on end, exploring the spaceship, planets, creatures and gear. It doesn’t get repetitive or boring, so you never encounter the same creature by going to the same place twice. Instead, the game throws ever new challenges at you, and you can choose to take them or walk away. The game is very well done, with cute sci-fi graphics, and sharp sense of humor. You will enjoy upgrading your clone with an endless supply of gear and weapons, and turning nasty creatures into your loyal body-guards. Shattered Planet is a real gem for the right gamer, so we recommend you try it out if you like rogue-like games, with their grinding and exploring.

Try it out and share your impressions in the comments below.