Skyward is your next addiction if fast-paced twitch games are your cup of tea. It looks good; plays fast and easy; offers quick gameplay sessions perfect for playing on the go; is very addicting and free. 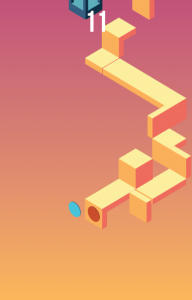 Some users and reviewers reject Skyward for its Escher-esque design, claiming Escher’s art is the sole prerogative of Monument Valley’s ustwo to use since they were the first to claim it. I will leave that argument aside since the two games have pretty much nothing in common but the nod to Escher’s paintings. There is also one aspect that is evident – Monument Valley, being as popular as it is and becoming the paragon for a few years to come, is sure to give rise to a multitude of games following its footsteps in something, be it gameplay, design, or ideas.

That said, Skyward’s design is somewhat familiar to that of Monument Valley, but only when you look at the game on static screenshots. Once you start playing, Skyward offers something fresh, innovative and ultimately addicting. It is totally different, and in my humble opinion, a very legit entry worth playing.

Some users rate Skyward 1 star only because they haven’t figured out how to play it, demanding a brief tutorial while others mock their mental abilities. The catch here is to observe what happens when you tap. There is a structure made of bricks, steps, tiles, whatever you call them, at the center of the screen. At the bottom of that structure, there are two dots – the blue and the red. One dot rests on a tile while the other dot rotates around the first dot. Your task is to time your tap perfectly well so that the rotating dot lands on the next neighboring tile. Thus, the other dot starts rotating around the resting one and you need to tap to land it on the next tile. Simple.

If you should tap while the rotating dot is above the abyss, it falls and game is over. If you tap while the rotating dot is above an element of decoration, like a tree, or a monument, or something – game over. It is really difficult to pay attention to those accompanying elements since the gameplay is very fast-paced, and you will be restarting very often.

Another catch here is if you let the rotating dot make two full circles, it diminishes and falls – game over. Fun.

As you progress, the game counts the number of steps you make and that is how you compete against other players on the leader board. 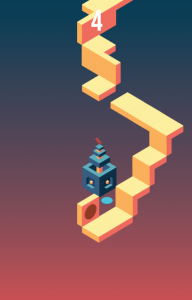 Each ten steps you make unlock a new pattern. Moreover, each restart generates a brand new layout, so you never play the same ascend again, which adds to the overall excellent replay value.

Also, the tiles introduce new mechanics with each new pattern. Some tiles move, others let you ascend like on an elevator while others come with special buttons that change the way your dots move.

For example, a snail button slows the rotation for a few moves; an energy jolt button speeds the rotation; a circle with arrows changes the rotation direction counter- or clockwise respectively.

As a result, the frantic action is never the same and the weird labyrinth introduces new patterns and mechanics before you think you have figured them out. Skyward is a wonderful example of a puzzle platformer done right, with a high replay value and accessible gameplay.

You can tap anywhere on the screen to make the dot land, so no aiming or joysticks bother you.

The UI is pretty straightforward, and there is basically nothing to figure out or customize – buttons to the leader board, social networks results sharing, replay, turn off the music. 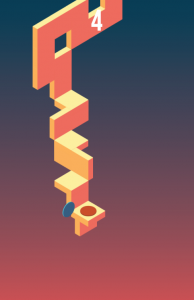 There is not a single in-app purchase in skyward, but a hefty load of full-scale and small-scale ads. Sometimes, they would accompany your gameplay, so careful not to tap on those. Other times, they will open into a full ad screen with the only way of getting rid of them is to tap the X button.

I don’t mind ads in free games, but Skyward is jam-packed with them. A single IAP that would unlock an ad-free version would be a very welcome addition.

As I said, the static looks of Skyward do remind Monument Valley, but the game in motion evolves differently. Each ten steps you make without dying not only unlock a new pattern, but also take you to a next palette of colors. I loved the pastel shades and transitions, and the animations are smooth and perfectly in sync with the stepping sound effects and subtle music.

The music is smooth and rests in the background, adding to the atmosphere, but does not draw focus on itself. 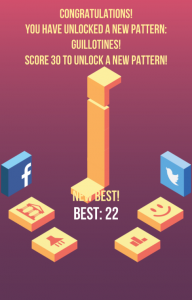 The game is both accessible and hard. Sometimes, I would die and restart several times in a row; others progress more than I’d hope for, unlocking new awesome patterns. The game is never boring and perfect for playing on the go in short and quick sessions.

The ads do interfere, though, and so does the Google Game Center log in lag. Occasionally, I got the impression the game lags due to the incoming ad traffic. This problem has a quick solution – turn off WiFi and play ad-free, lag-free all you want. I am surprised people manage to complain about such trifles without applying a little bit of thought on how to solve them. 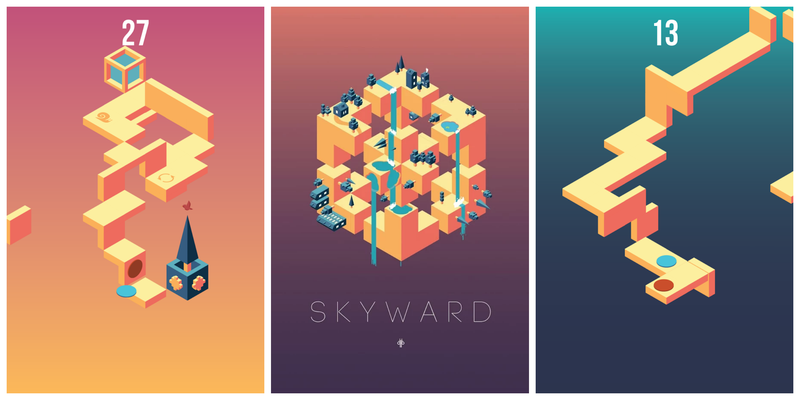 Skyward is a good-looking, addicting and fun platformer with a mix of fast-paced puzzles. Its visual appeal and short, quick gameplay sessions make it perfect for gaming on the go while accessible, yet challenging difficulty makes it appropriate for gamers of all ages. It is free and ad-supported, and if ads interfere too much with your gameplay, or worse, affect the game’s performance, you can simply turn off your device’s WiFi and enjoy the highly addicting action. It could use a single IAP to unlock the ad-free version, but most likely, the developers are looking to monetize as much as they can with the ads, harvesting as much audience as possible, and I can’t blame them for that because the game is very good. Its replay value is excellent, with the new patterns getting unlocked with each ten steps you make. Its layouts are random and each replay is unique while new patterns and different trigger buttons add a lot of variety to the gameplay.

A zero story endless stepping through the beautiful labyrinths leading to the sky is a must-have for anyone fond of challenging twitch games. Excellent. 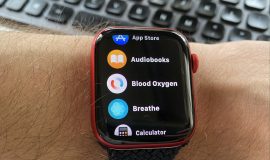 [How To] View HEIC images on Windows 10

How To: Check the cellular signal strength on your Android

How to Fix Windows 10 DRIVER_IRQL_NOT_LESS_OR_EQUAL Error

How to buy Bitcoin (BTC)