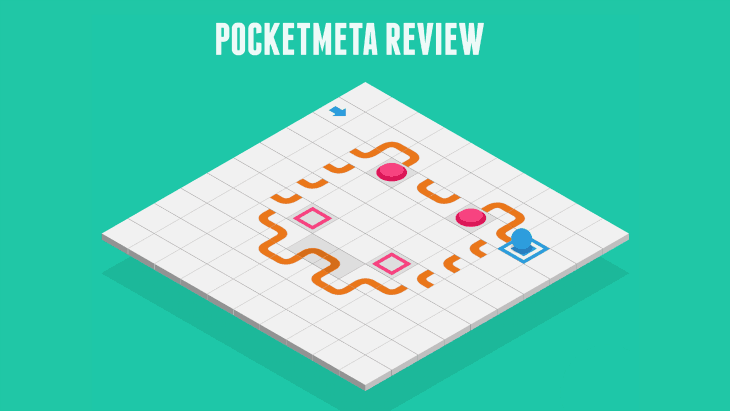 Socioball launched back in winter, and its initial price tag was somewhat pricey, but we have good news for the lovers of indie puzzlers – the game is now significantly discounted and comes at mere $0.99 on iTunes. It also launched on Google Play in early-July and was featured as Google’s Best New Apps, and the best part is it’s free for the Android gamers. All things considered, it’s a must-have puzzle game, and if you oppose games that involve any social component, rest assured – Socioball is an all around a pleasant experience even for the most introvert gamers. Read on why. 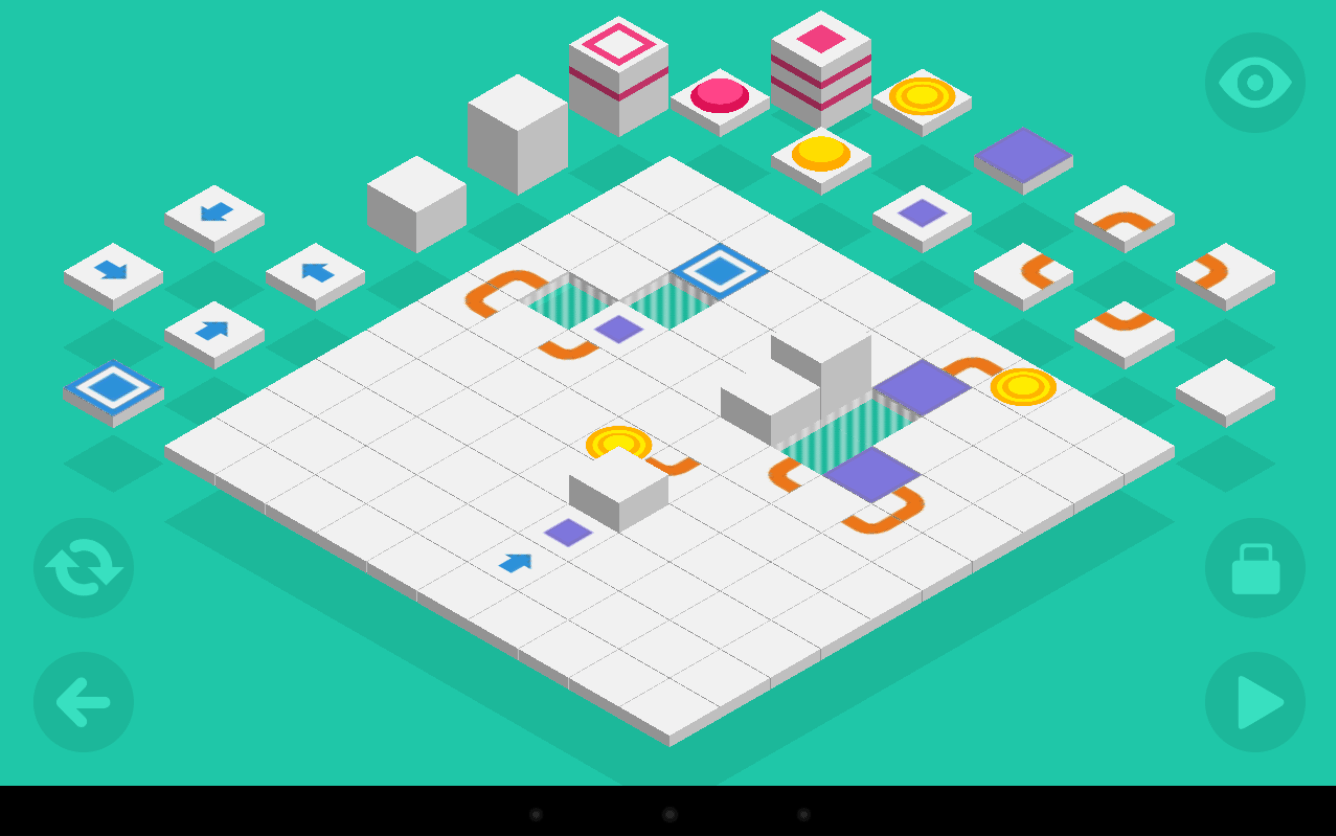 Socioball consists of puzzles of increasing difficulty, and starts off with simplistic ones that serve as a tutorial to it basic mechanics. You are given a grid of white tiles; a blue arrow marks a beginning – a tile where the ball lands and its direction. The blue tile is the ball’s destination. The catch is to lead the ball to its destination without going off the grid. To do this, the game gives you a set of special tiles placed off the grid while the latter has empty slots to place them. The special tiles come in many configurations and serve to change the ball’s direction, catapult it to jump one block up, or two blocks up, special teleporter tiles, buttons to get the interactive blocks up and down and many-many more.

As a result, you have a set number of special tiles piled up beyond the grid, and the grid itself with a few holes in it. Place the special tiles where they belong and press “play” to see if the ball reaches the destination. Even though the initial levels are overly easy, the further challenges are quite intriguing.

The best part is there is no time limit, or a limit to the number of attempts you can make to solve each puzzle, which grants the gameplay a “chillax” atmosphere. 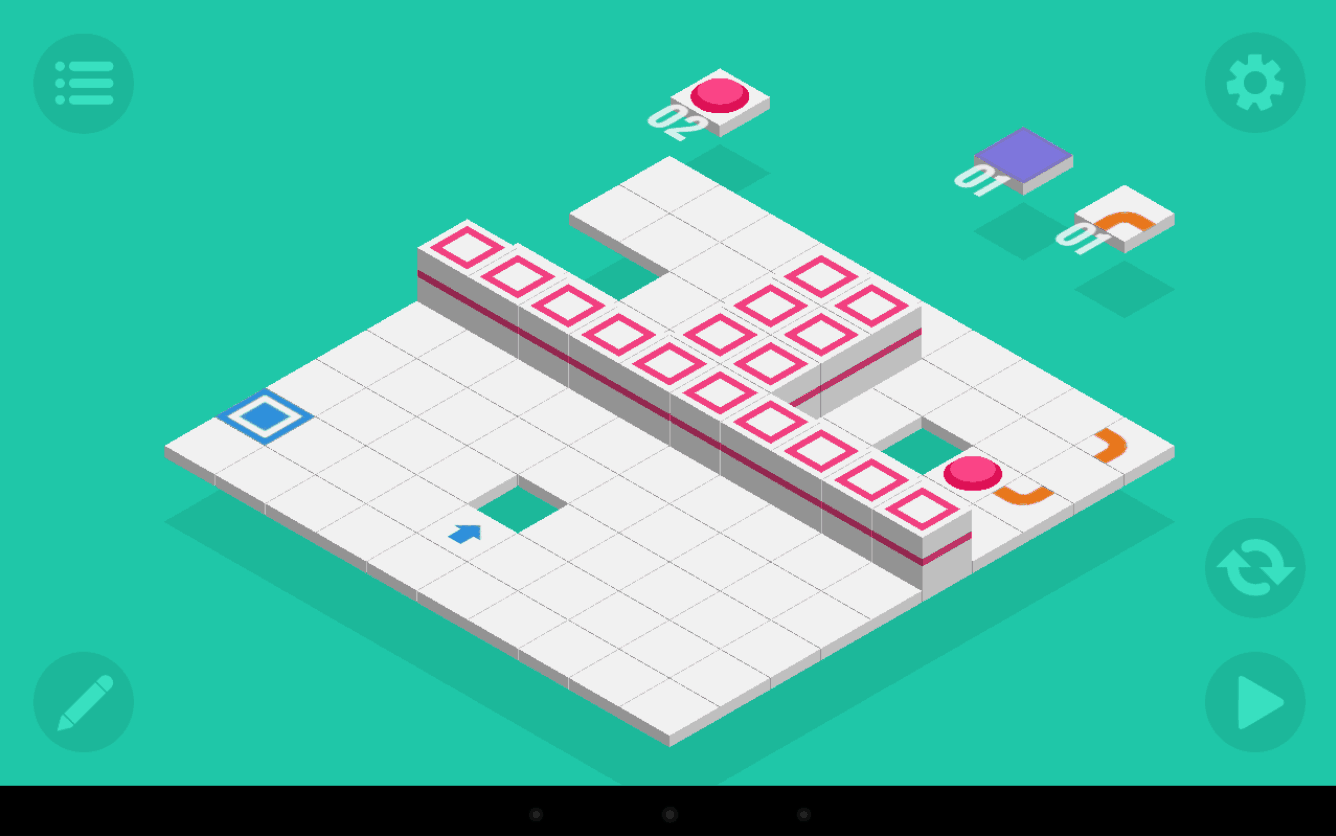 When you are done with the 60 levels that come pre-loaded with the game, you can try your hand at crafting your own levels in the level editor, and it’s equipped with all the tiles you have been playing with in the levels. Connect to Twitter and you will be able to share your creations with others, and play the levels crafted by others. This takes the gameplay to the next, social level, and if you enjoy the gameplay you will inevitably get to the point where you want more of the tricky stuff to tease your brain. Overall, Level Editor is a great addition to the gameplay that lets you get creative and social. 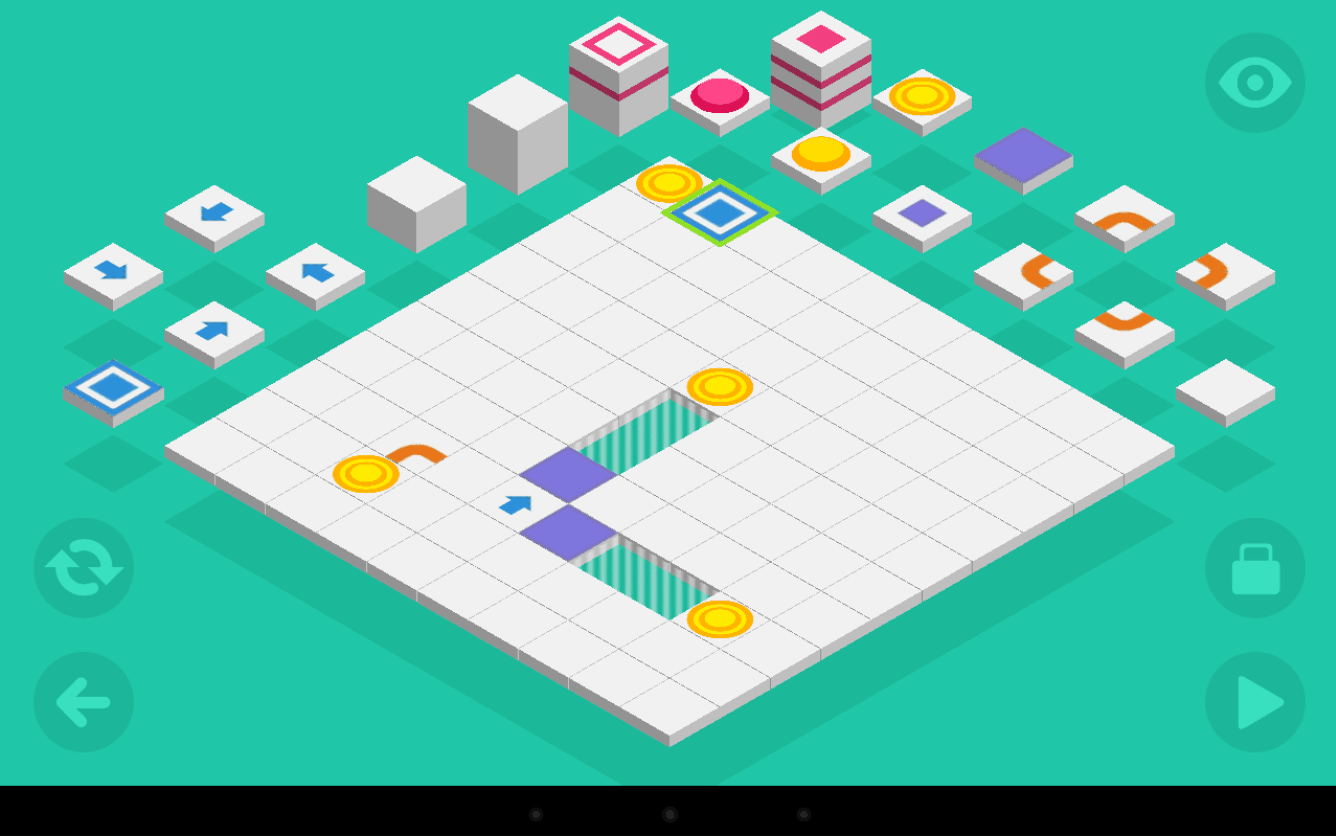 As I said, the initial levels are quite easy, but the more you advance the better it gets. Some levels will have you scratching your forehead for a few replays, others for a dozen replays, but that depends on your wits. I was amazed how a preschooler solved something I was dumbfounded about, and when she did I almost expected to see her eyes shine with that alien neon-toxic color from the Extant series. Overall, the difficulty is accessible and non-intimidating while the player is free to set their own pace thanks to the generous zero restrictions on time and replays. What is really admirable about Socioball is how it makes an ingenious challenge out of simple things like geometry and physics – nothing is illusion or impossible here. The physics is predictable and deductible, which makes solving the puzzle a matter of diligence and logic.

Finally, from what I’ve seen there is no age category for this type of puzzle – anyone with an open mind take a shot and enjoy solving the tricky tracks. 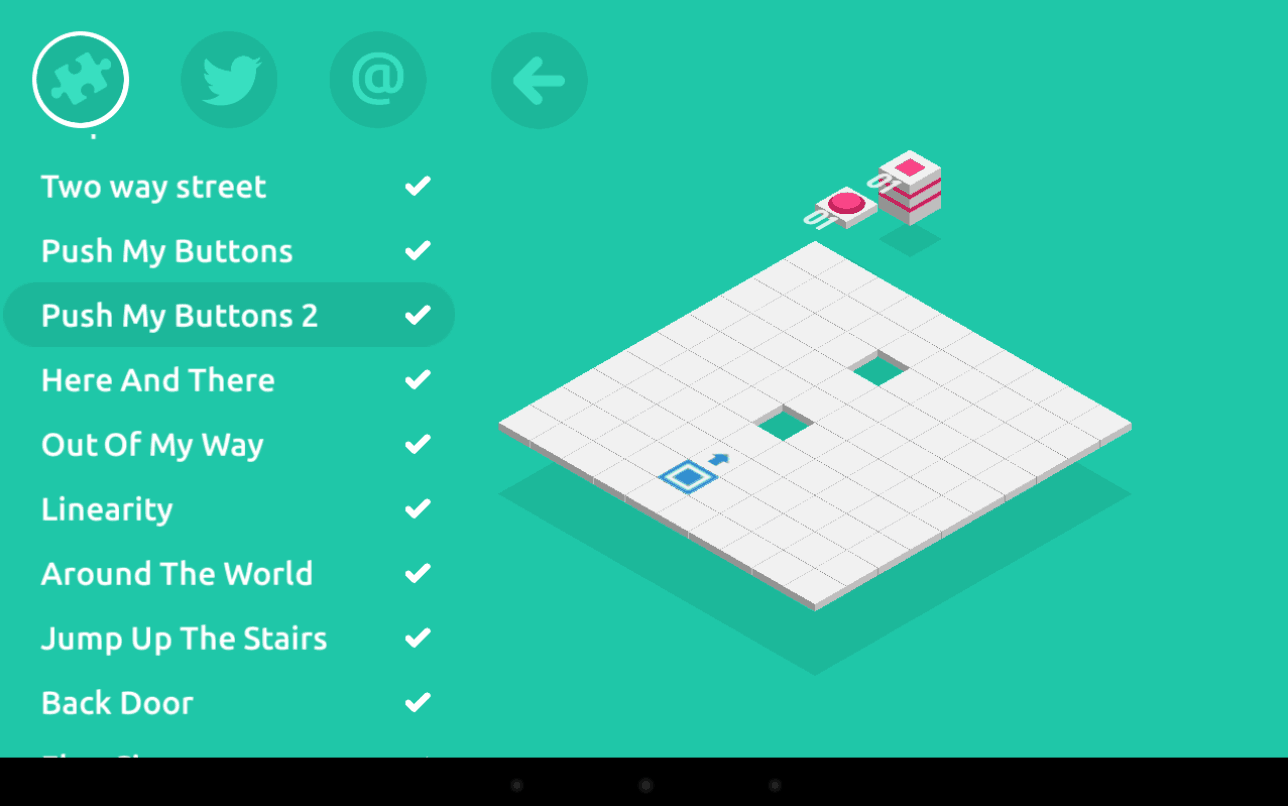 One of the best features of Socioball in the midst of the ocean of mobile apps is it does not put a restriction on the level sequence – the player is free to choose whichever level they want at any time. Got stuck on a challenge? You are not limited by the confines of it, and you don’t have to clear it to unlock anything – all the 60 levels are available whenever you feel apt for the challenge.

Once you clear the level, you can replay it at any time, and you won’t probably want to replay the simplest ones, while the tricky ones might be quite fit for a replay at a later time. Yet, the greatest asset in terms of Socioball’s replay value is its level generator, which opens up a whole “box of chocolates” with the sickest of tricks. 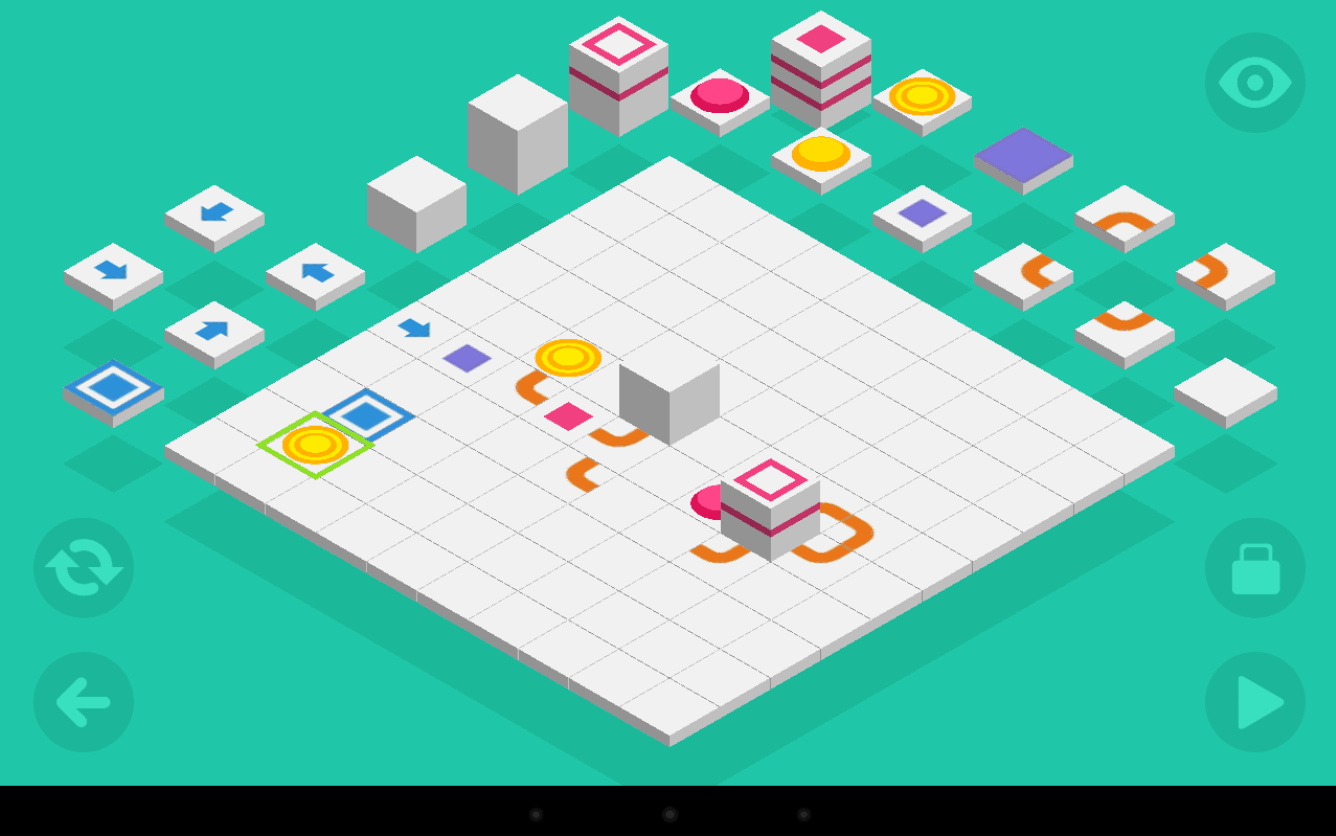 It’s an intuitive drag-and-drop scheme with an occasional lag, which does not affect the gameplay on a large scale, but rather injects a rare dose of surprise. I haven’t discovered a pattern that can predict a lag, for example an ad pre-loading in some games, but in this case it just happens once in a while. 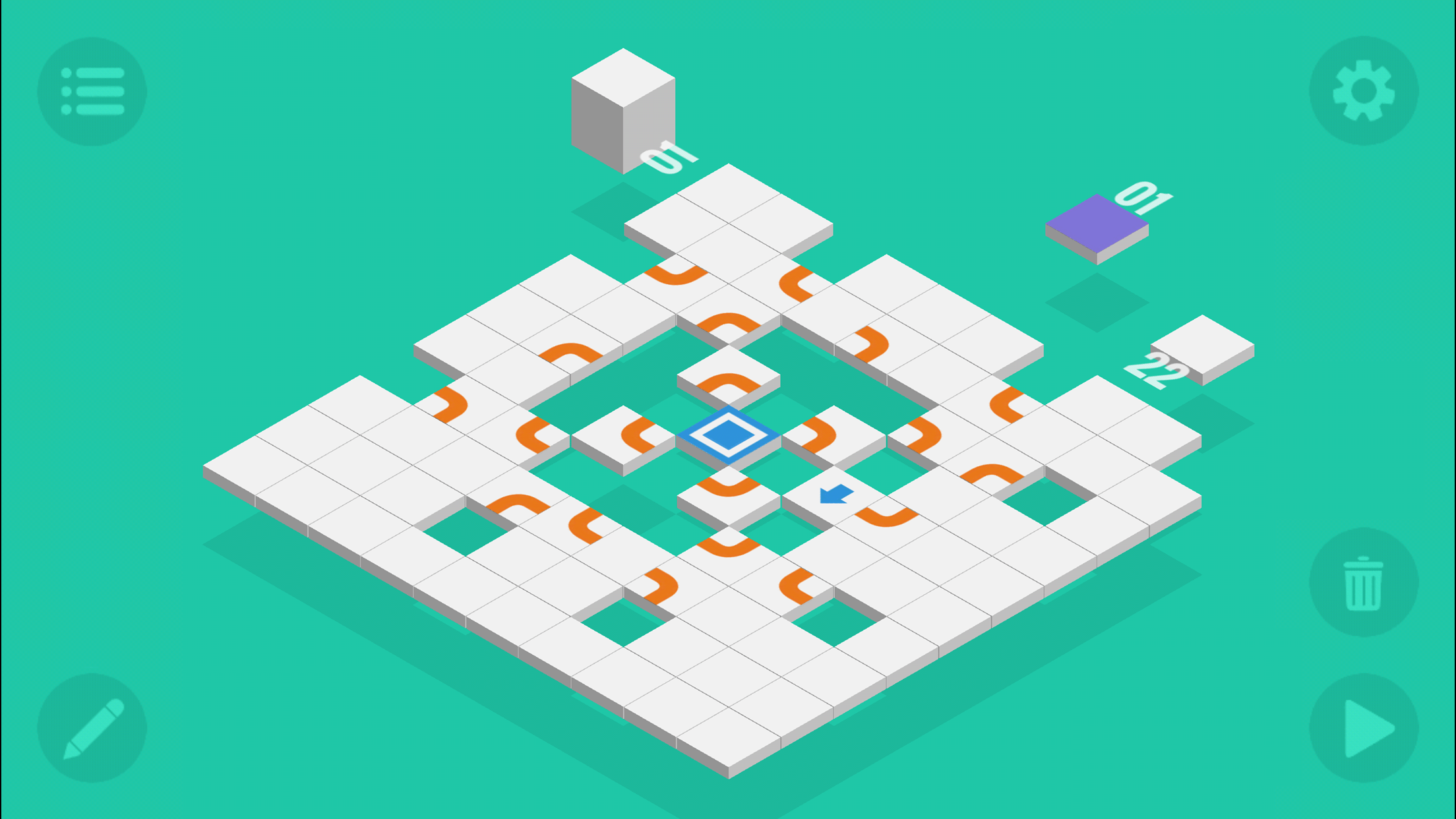 If you have played Odd Bot Out, my personal favorite, you will see why I admire Socioball’s minimalist design, where the clear mint background, pure white grid and white tiles with bright colored buttons and arrows create a delightful visual symphony of simplicity and sophistication. The sound effects are neat and complement the gameplay without distracting.

The Android version appears to be free because I still haven’t figured out where the IAPs are hidden while the iOS version remains premium, even though at a significantly reduced price. At the moment, it’s one of the rare occasions when a premium-quality game is not geared towards IAPs every step of the way. Nor is there any time or level restriction and the player is free to play and replay infinitely, as long as they have the taste for it. 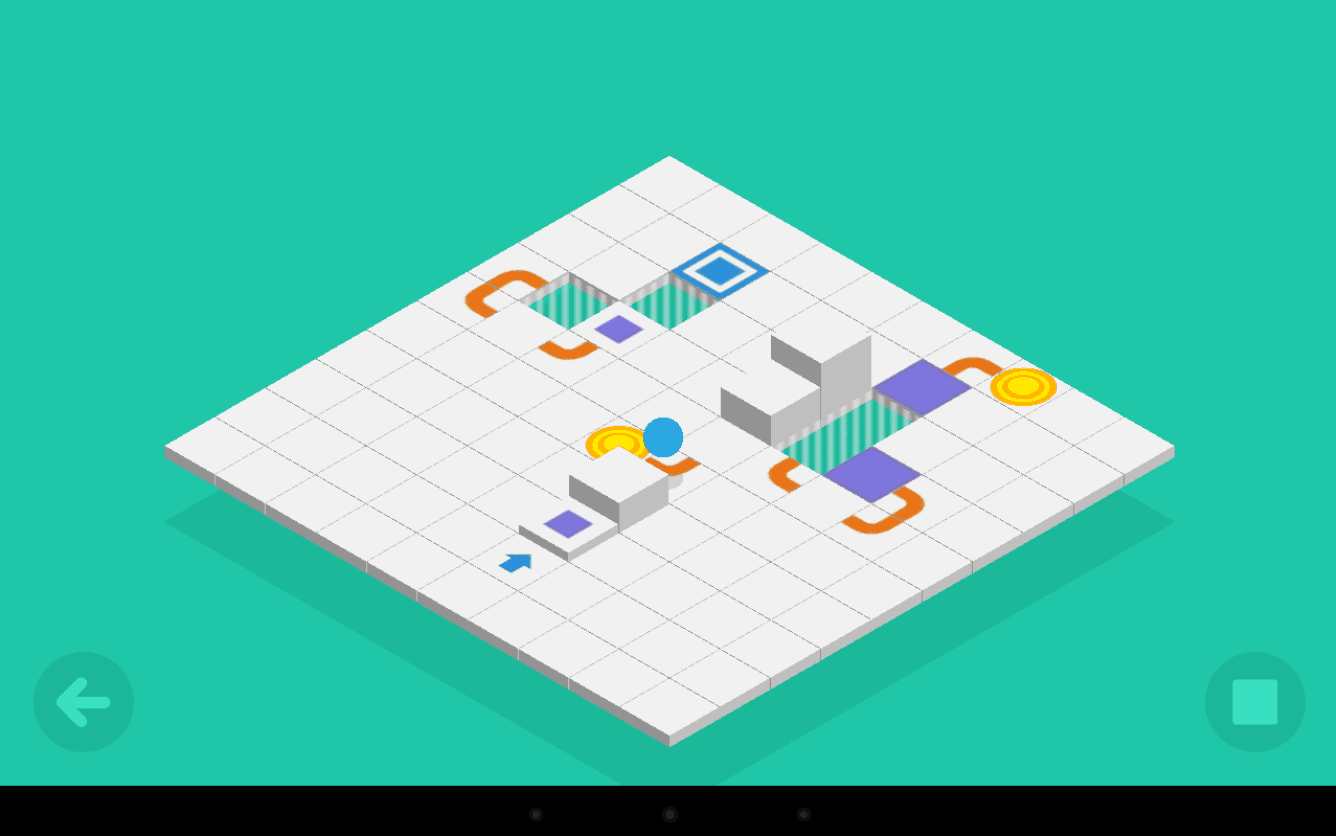 Is it about time we start citing the lack of a Windows Phone port as a Con? 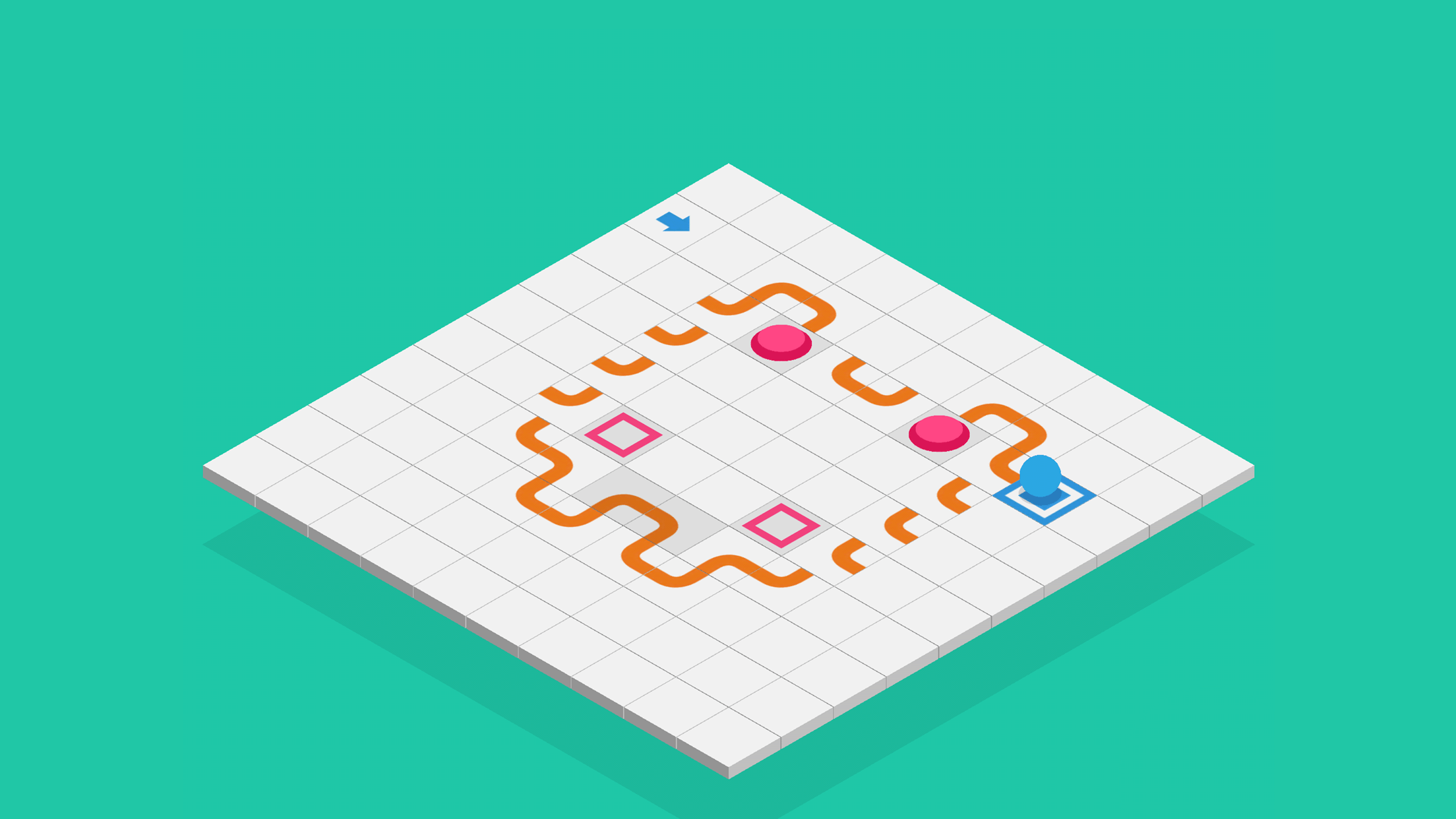 Socioball is your next favorite cerebral workout if you like the clean, minimalist design of it and appreciate the challenge. The iOS version costs mere $0.99 while if you are on Android you are twice as lucky because the game comes free, no IAPs. The delight of an impressive puzzler is further highlighted by the evident virtues of the game – no time or moves restriction, no need to clear a level to unlock the next one. All 60 levels are open by default and you can take them in random order. The level editor lets you unleash your creativity and explore the custom-created levels posted by the game’s users on Twitter. All things considered, there is no reason not to try this indie gem, and I dare guess it’s going to be on many people’s favorite games of the year list.