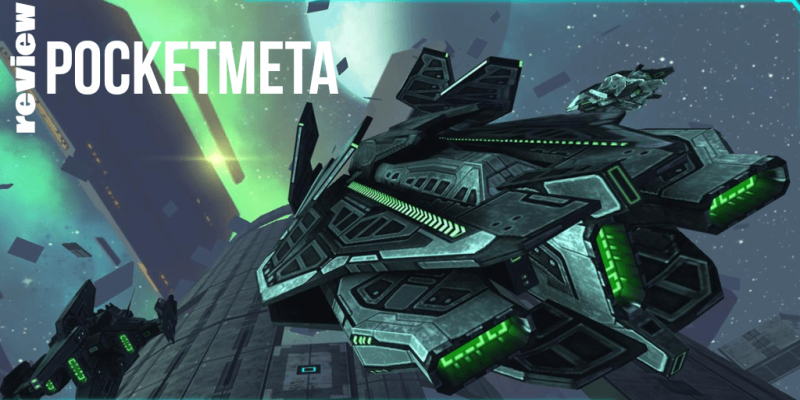 Mobile gamers can’t complain there is any lack of space shooters on the market. Simplistic, complex, graphically intense and pixelated, we love them all. Give us more space shooters because they trigger that dormant, yet intrinsic longing of an explorer in every office worker with a house loan and two kids. Space shooters let you remember your big childhood dreams when you did not want to become a clerk, but sincerely thought you could grow up to be an astronaut and conquer a new planet.

Space Jet is one such game that comes comfortable on the edge between a space shooter and a time killer. The reason it stands apart from the crowd is it is totally multiplayer and online, but casual enough not to dig too deep into the alliances and guilds, which it does not have.

What it has is very nice 3D graphics. It may not be the most graphically intense space shooter you have seen on mobile, but it’s pretty impressive and atmospheric. The star fighters design is awesome; the maps are numerous and large, with plenty of environmental elements like ships wreckage, planets, stars, space station facilities and more. 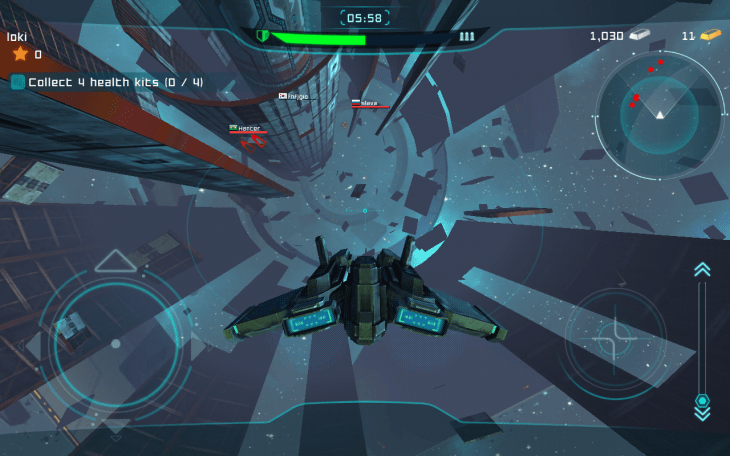 The gameplay is fairly straightforward. Hop into the cockpit and tap Battle. You control you spaceship from the third-person perspective. Your aim is to shoot dead as many ships as possible. By default, you participate in regional and national leaderboard, and as you take down the competition you rise in the leaderboard. Each gameplay session lasts some 5 minutes, which you can extend if you wish so in exchange for gold bricks. At the end of the round, you get your reward and climb the rating board. If you score no kills, you win no in-game currency nor ascension. During the combat, you can also pick up some boosters dropped by the killed ships. Each time you play you also have a set of mini-challenges that earn you the loot for accomplishing them.

There is also an option to create or join a team online and to battle against another team. I have read some alarming reports about this type of combat, so decided not to opt for it. The issue with the team play is when you join a team you get removed from the regional and national competition. There are also issues with leaving a team, so proceed at your own risk. The classic multiplayer everyone versus everyone is awesome in itself. That’s for the good part. Here comes the not so good part. 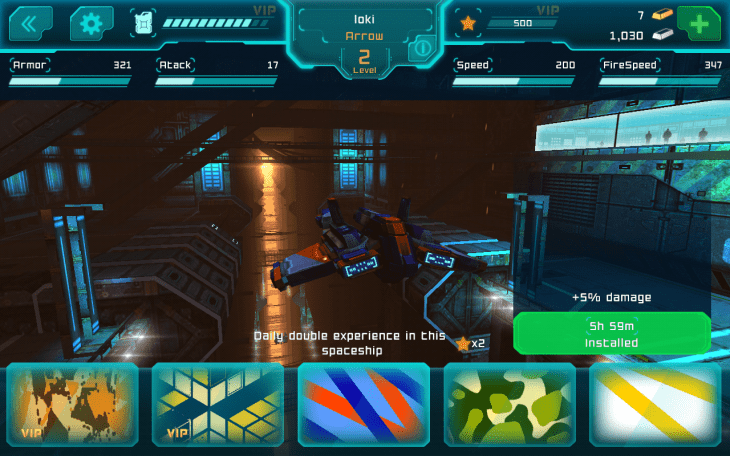 When you have accumulated enough in-game currency, tickets and gold, you can head to the hangar and see what you can afford. Each ship can be upgraded in five categories – shield, engine, main gun, autoloader, armor. You can also buy consumable boosters and camouflage. Overall, there are 20 ships, with only one basic available by default. The rest can be unlocked if you grind for the in-game money or if you pay the real money.

The game is rather IAP-focused, and the ship prices suggest you’d be grinding a lot. You can, of course, opt for the IAPs. For example, the second or third ship in the row costs 50 gold, and you would need to buy 100 gold for $4.99, or 250 gold for $9.99. The upgraded ships differ in performance from the basic ones drastically, so you will feel the urge to upgrade as soon as you start playing. It does not seem like the game places same-level players in the same map. So, you will confront the aces and the paying players with beefed up ships, and end up getting shot before you hit that throttle. That said, it is still possible to outmaneuver them if you move constantly in unpredictable manner. This, in its turn, makes it hard to aim.

There are three control systems – gyroscope, touch joystick and external controllers. Gyroscope is bad and nauseating, worse yet, can not be calibrated. There is no sensitivity option. External controllers don’t work with the menus. The on-screen joystick is the only option that works, at least for me, and that with a few complaints. First of all, the default buttons are counter-intuitive, and when you want to fly up, it flies down, and vice versa. Thankfully, you can invert that in the Settings. You still can not calibrate the sensitivity of the buttons, and unlike the over-sensitive gyroscope, the touch joystick lacks sensitivity. Often times, I would lose my target because the joystick would not respond – you have to tap exactly on the button for it to register, but when you follow the enemy you want to look that way instead of the controls. The throttle is inconspicuous. I could not figure out how to start moving until I read there is a throttle bar. Perhaps, a short intro on the buttons would do the game justice. 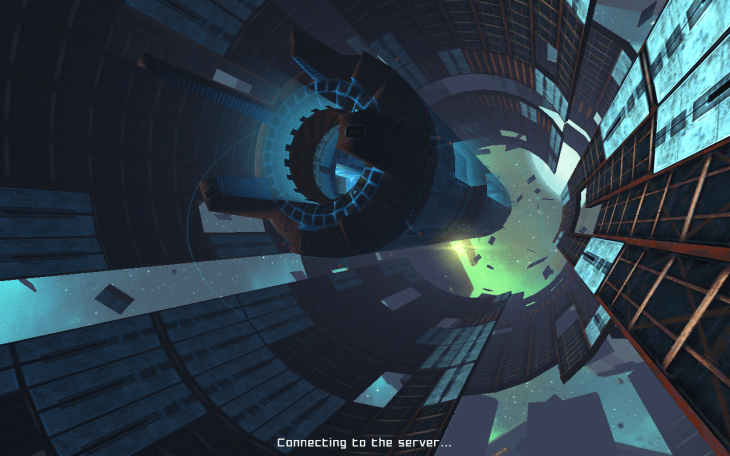 Since you can’t customize the sensitivity, you have to get used to the movement without feeling nauseated from spinning around too much. In general, space flight sims tend to be disorienting, and this game can be quite challenging for your spatial skills. Practice makes perfect, and it’s possible to score high, too. It also depends on the level of savvy of your opponents.

There are daily quests and many VIP membership discounts and time-limited offer. On the one hand, you can choose to buy once and unlock a nice ship and unleash your wrath on the noobs floating out there. On the other hand, if you opt to play for free, you will face the grind or pay wall. Leveling up is slow, considering how the game pits you against the players with much more powerful fighters. 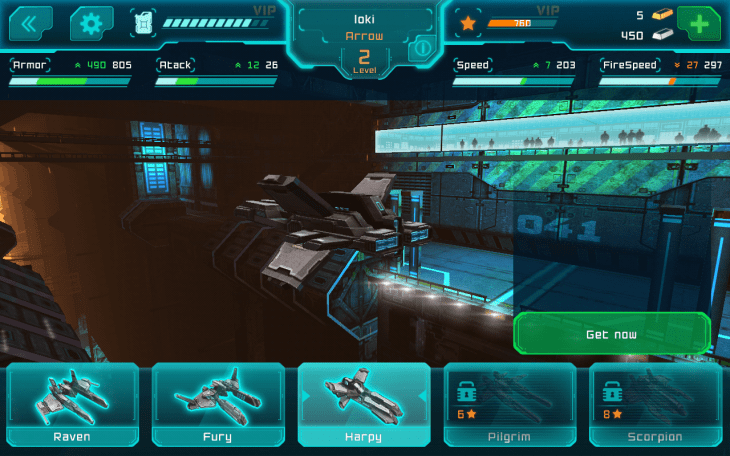 I have not had any issues myself, and if you should have any, the connection must be to blame. The “You outside map!” message that pops up when you fly away from the battle field needs fixing. Also, the team play seems to be an issue, when you can not exit a team and get removed from the regional leaderboards when you join a team. 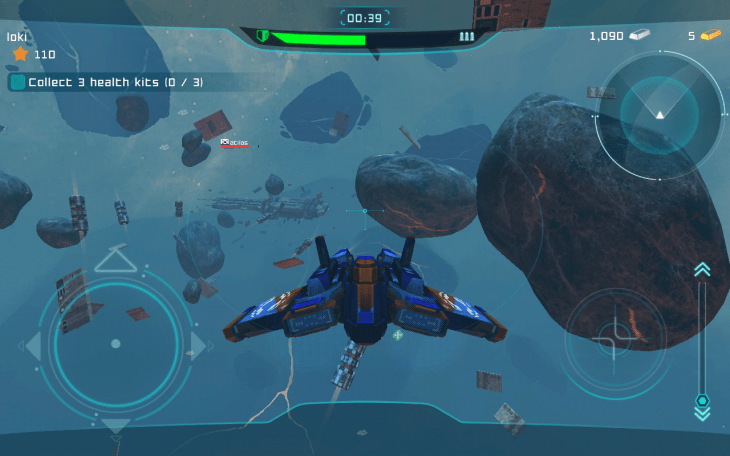 Space Jet is an awesome online multiplayer space shooter where everyone shoots at everybody and climbs the regional and national leaderboards. There are also team fights. The action is sheer space flight and shoot sim awesomeness, which is flawed in a couple of aspects. One – the uneven pitting of the noobs with the aces. Two – the pay or grind wall if you wish for a better craft. Three – the controls that need more work. On the other hand, a paying customer may find the IAP system fair, especially if you do not aim to unlock all ships, but invest in one mighty hawk and destroy the competition. In the end, it’s worth checking out. We hope the controls issues will be addressed in the future updates.