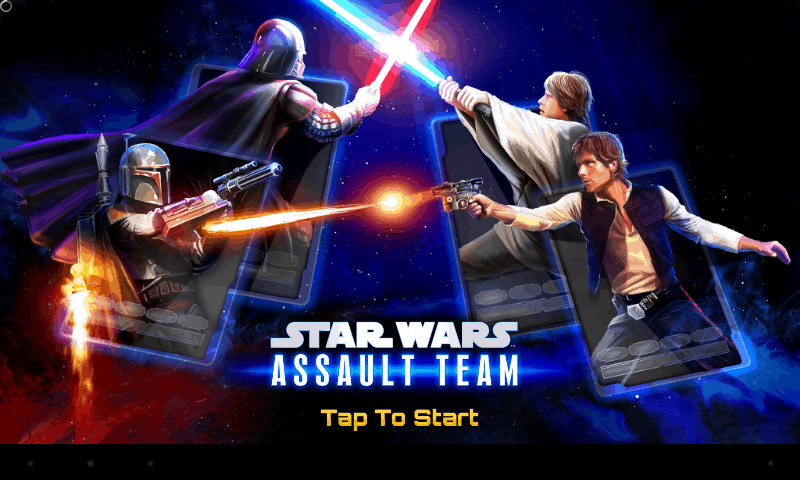 Star Wars: Assault Team by Disney Mobile and LucasArts is one of the best card-battling games for mobile devices, and it’s mega-popular, so let’s take a closer look at its strong and weak points.

You will have to complete missions unlocking characters and filling up slots in your team. The missions consist of battling enemies, collecting rewards and characters, upgrading them and battling more enemies. The game features awesome graphics, smooth controls and intuitive gameplay.

Star Wars: Assault Team is a turn-based, face-to-face combat game, where you will need to take care of a multifaceted strategy to collect, train and upgrade your team members so that they can advance and complete more missions, unlocking more cool characters.

For some reason, you will see too much of Han Solo and Chewbacca here, whereas Luke Skywalker and Princess Lea keep teasing you like ghosts with their occasional tips, quite annoying. Moreover, on the Arena you get to fight with other teams consisting of the same characters, so kids may get pretty upset having to shoot Chewbacca or being killed by him.

There are many missions, where you will have to escape enemy ships, collect codes, discover Wookiee resistance location, escape traps on Mos Epa and the like. 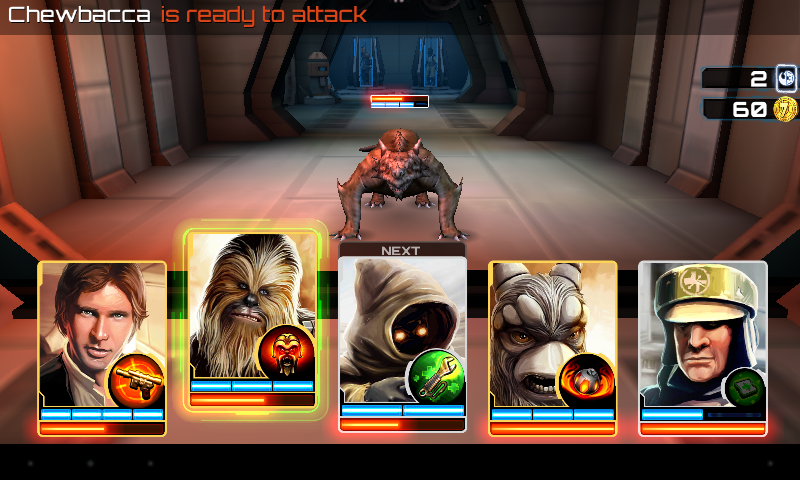 As far as building your team is concerned, there are a few limitations that won’t make things easier for you. You can only have 4 characters in your team, so once you have more characters you need to think carefully who to take on a mission.

Another challenge here is to use your reward packs for training the characters wisely. You could spend the cool training pack on a character to only replace him by R2D2 for the next mission. Nevertheless, you might enjoy working out a strategy to upgrade and train your characters to save some in-game currency.

I am not sure if it’s a general feature, or peculiar to my experience only, but there truly is too much of Han Solo and Chewbacca, and too little of noteworthy characters. Each character has a certain limit of growth, so you can’t upgrade them over that limit. However, each character also has a set of individual abilities and power-ups you can use to increase your chances of success. 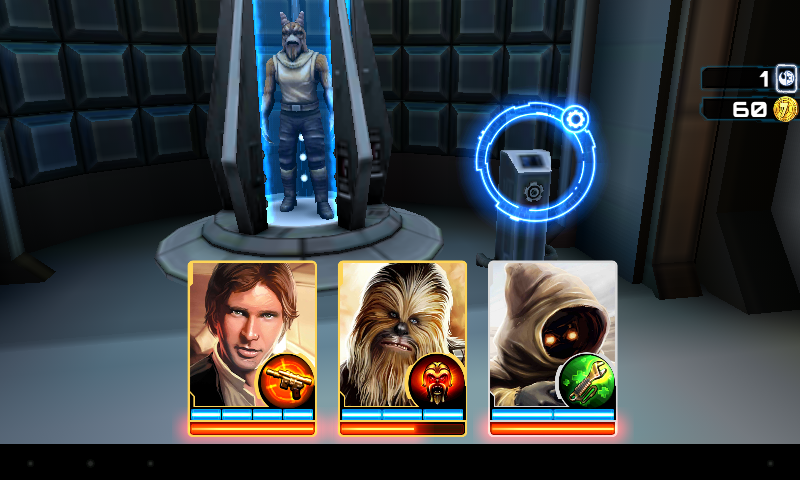 Whenever you don’t upgrade or train, you battle. You have to battle not only to advance and unlock new characters and levels, but to earn some cash, and sometimes it feels like a nuisance to have to keep track of cash flow instead of just playing.

Level missions are entertaining and challenging. You fight the notorious guys in white helmets, odd space monsters, and a variety of galactic scum. It is the Arena that is somewhat confusing – you have to challenge opponents to win and earn cash, but when your opponents look like you, it’s no fun.

There are characters who can heal themselves or their team members, while others have their special boosters. The game tips on who of your opponents gets to shoot next, so you can shoot him and increase the chances he might miss.

Each mission might require re-grouping and training your team additionally, however, once you pass a certain level and reach the maximum of each character’s capacity, it gets somewhat repetitive. 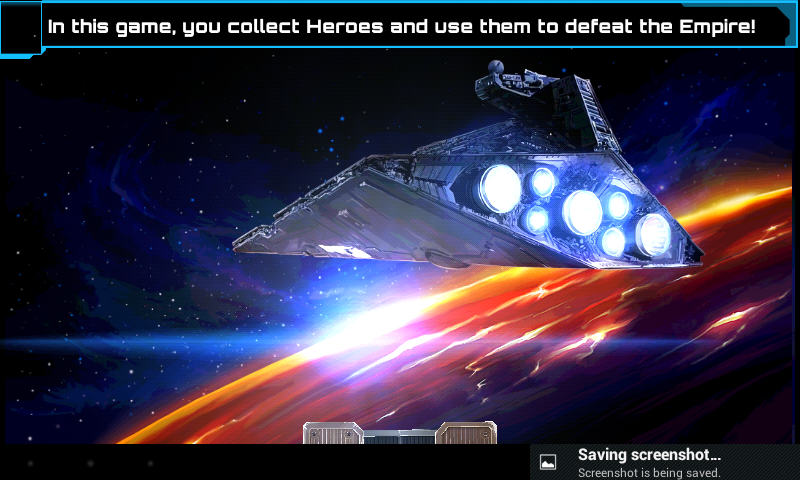 Visuals are cinematic and awesome in Star Wars: Assault Team, and provided the fact you don’t move your characters, but just choose which power-ups to choose and against whom deploy them, the game manages to create an illusion of running, unlocking doors and boxes, freeing prisoners and defeating monsters.

The animations are fine and smooth, while the sound effects complement the action.

The variety of missions and locations is the greatest appeal of this game, and the time span included here includes Episode IV A New Hope and V The Empire Strikes Back with locations on Kashyyyk and Tattooine, space ships and combat arena. 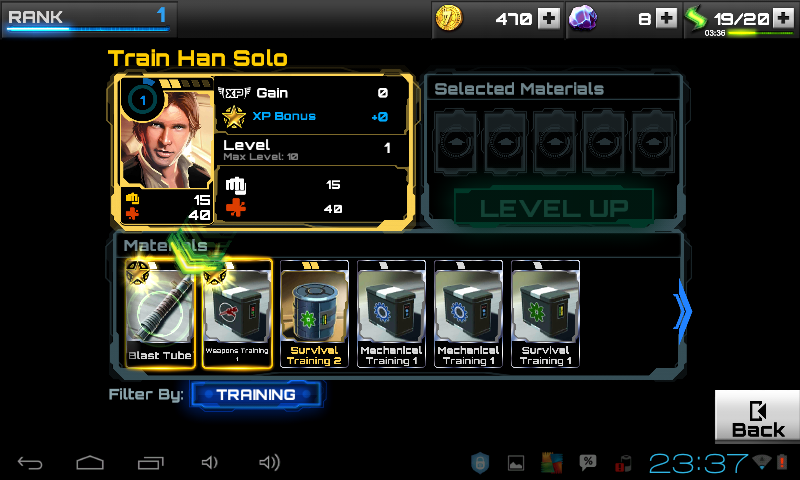 If you follow all the prompts of the game from the very start, you will run out of all of the in-game’s currencies, and at some point will face the need to either pay real money or battle in the arena to earn some rewards.

Now, Arena battles aren’t overly fun, and you’d better quit after every victory because if you choose to continue, all the rewards you previously won would be lost in case you lose. 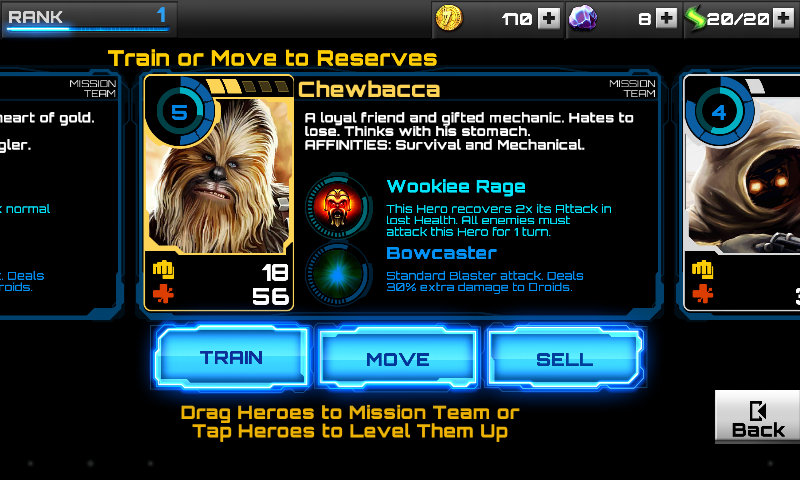 Star Wars: Assault Team is an awesome and exciting RPG card-battler, but once the novelty wears off it gets repetitive as you get stuck with character leveling up. However, leveling up increases hit points, but with each next level your enemies are stronger, so basically leveling up is more of an illusion that you actually make your character stronger. It will only make sense until you get your team to a specific level, after which there is no incentive to continue playing. Nevertheless, the game is exciting until you get there, and you can fully enjoy the good-looking battles without spending a dime on IAPs. If you would like to get a better insight on how you can succeed, start with this simplified tips list for Star Wars: Assault Team.