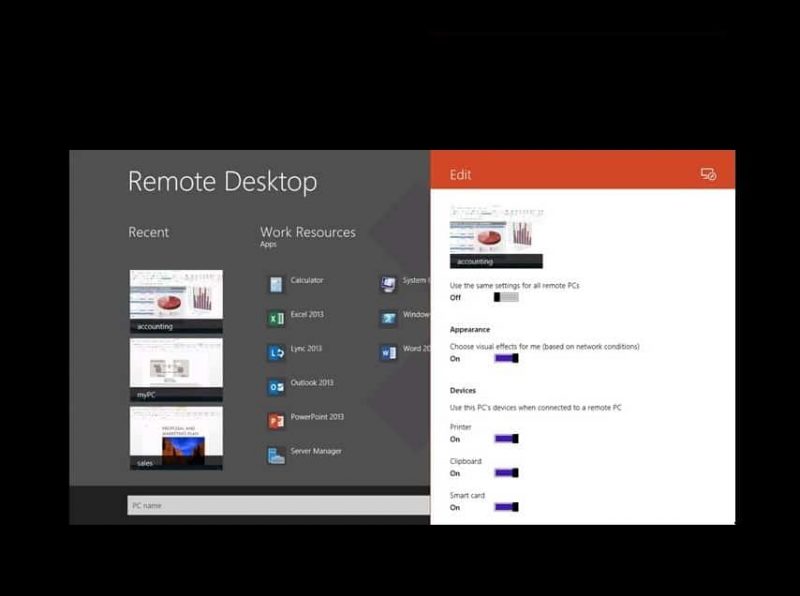 Star Wars Galactic Defense, I will further refer to it as SWGD for convenience, is a tower defense game based on Star Wars franchise. Coming just a month after the Star Wars Commander, the game is scrutinized by both players and reviewers alike, and I’ve read a lot of good and not so good things. Trying to be impartial, I have honestly spent a week with it, and my verdict is – what is wrong with these big franchise games? 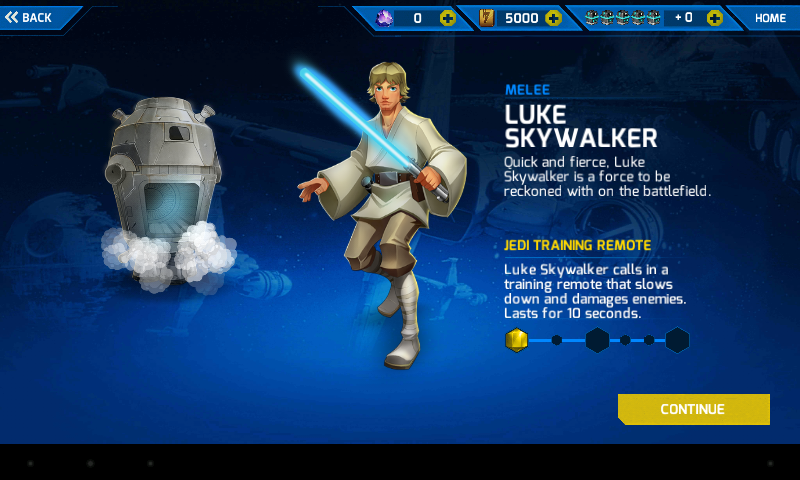 The big developers simply seem to have become like that Canadian Devil from the South Park because all they do these days is take a totally generic game model and paste another generic design, make the gameplay barely enjoyable, throw a ton of IAPs to make it a little bit more fun, and wrap it up in a few stellar reviews from big name magazines. Don’t tell me a lot of work has been put into this game because there is nothing that shows there is a soul, or passion to it.

On the surface, SWGD has all the necessary pre-requisites of a grand game, even though I could argue Star Wars has absolutely nothing to do with tower defense. None of the movies relied on that element to the extent implemented in this game, but since Star Wars Commander was a successful TD, why Galactic Defense can’t be?

As I said, the game could have been great – it has the heroes, it has the towers, a hefty deal of maps, and players can choose from two sides. You can choose between the light and dark side, and switch to and from either of the campaigns whenever you feel like – the progress is saved. 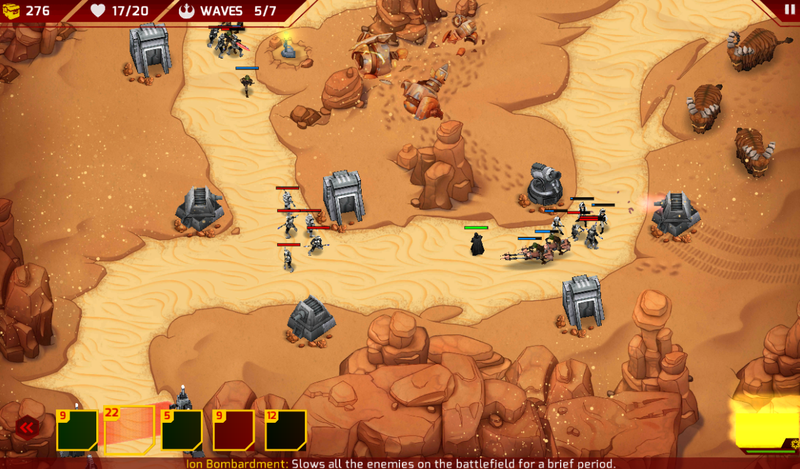 There are your favorite heroes from both sides – Luke Skywalker, Bobba Fett, Darth Vader, Chewbakka and other less common in mobile games. Nonetheless, the gameplay is so bland I can swear Little Commander was more engaging in its simplicity and zero ambition.

Each map looks like the other; the four tower types are nothing new, and the upgrades are fairly noticeable. The difficulty levels do not add much to replay value since whenever you find the right strategy, you will not want to take chances on a more difficult mode since the energy has a limit. And grind you will, if you do not want to invest real money.

Yes, the heroes can run around the battle field deploying their special abilities to clear the trouble. Luke Skywalker has his light saber and an ability to slow the enemy down and summon the droid. Darth Vader is super good with his light saber while there are drones and C3PO, as well as a ton of secondary cards that provide for passive defense.

There are three planets here – Tattooine, Hoth and Endor. You must have 48 stars on Tattooine to unlock Hoth, and to do that you will be replaying the same levels on different difficulty modes, with the extreme being too hard to beat without paying. 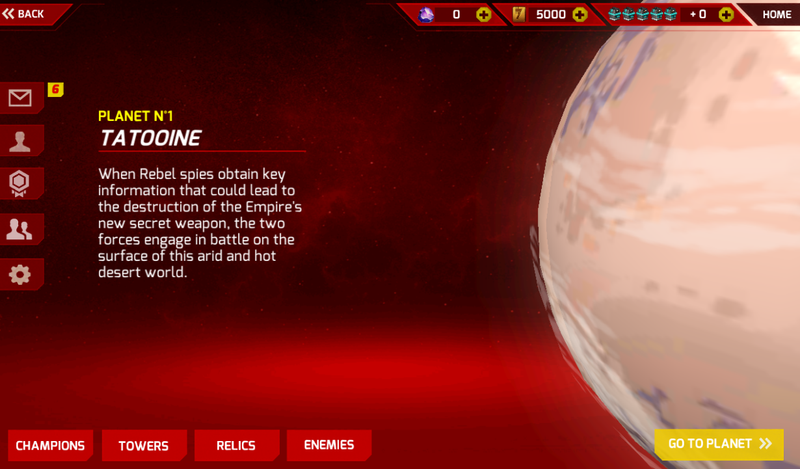 With the overwhelming amount of content, the fun factor is lost because none of it feels ‘wow,’ and provided the game is somewhat IAP-focused, it is doomed to ignite irritation in some players who have an issue with the freemium games. It has credits, gems and energy, and it penalizes you for replaying the same levels multiple times just to come up with a successful strategy – something odd for a strategy game.

I for one have an issue with the system of unlocking new heroes here – you have to win a chance to unlock one, and pay a lot with in-game currency, or real cash, in order to unlock … a random hero. Exactly, all your grinding to unlock the next hero, or the money you pay, may result in a hero you already have.

I like the 2D cartoonish style in mobile gaming – it is forgiving and is supposed to make the game more lightweight than the 3D counterparts. Again, SWGT does not take advantage here – the heroes are fairly tolerable while the performance is far from enjoyable.

Whenever the game performs well, I do not dedicate much to the fact, but when it lags, there is no way omitting the fact. SWGD must be using the bad servers (yes, it requires Internet connection to play!) because it takes forever to load.

Parts of UI would occasionally turn black, making the game unplayable. I tried it on two tablets Samsung, Huawei and Android emulator Andy running on a PC, and it lagged with occasional UI elements going black just the same.

The technicalities may be ironed out in the future updates, but I am not compelled to wait for them. 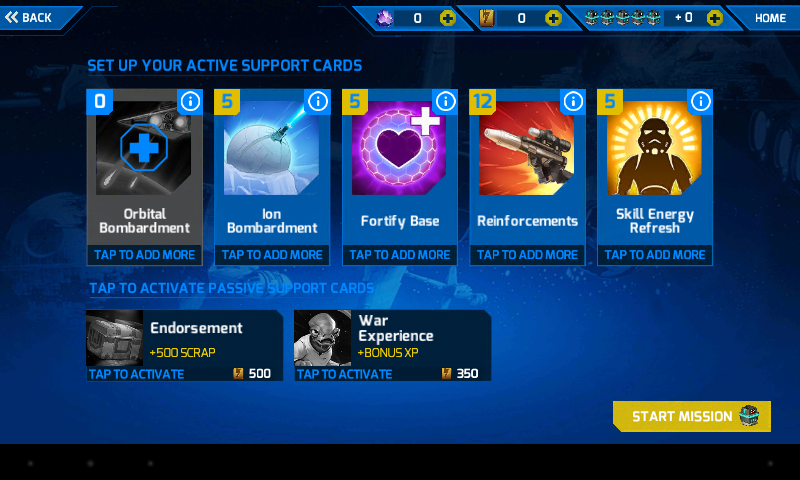 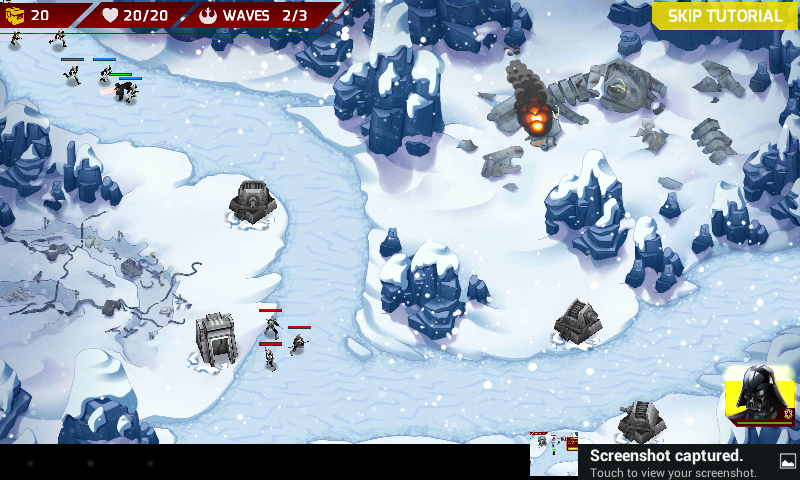 As hard as I tried to enjoy Star Wars Galactic Defense, I found myself relieved when I knew I’ve played enough to make up a more or less impartial mind. More or less because no player, or reviewer, is ever impartial completely – we either like tower defense, or not; like Star Wars games, or not; enjoy freemium model, or not. I love all things Star Wars, and anxiously look forward to a new Star Wars Rebels-based game, if it ever gets to be developed. I respect tower defense genre for the awesome and solid games it gave us, and I love freemium model because I am not an ‘addictive personality.’ Galactic Defense feels like it has the potential, but it largely remains unused. The saddest part is with all its starry attire it is not very fun to play.

On the flip side, it could as well be too raw to be released at this stage. 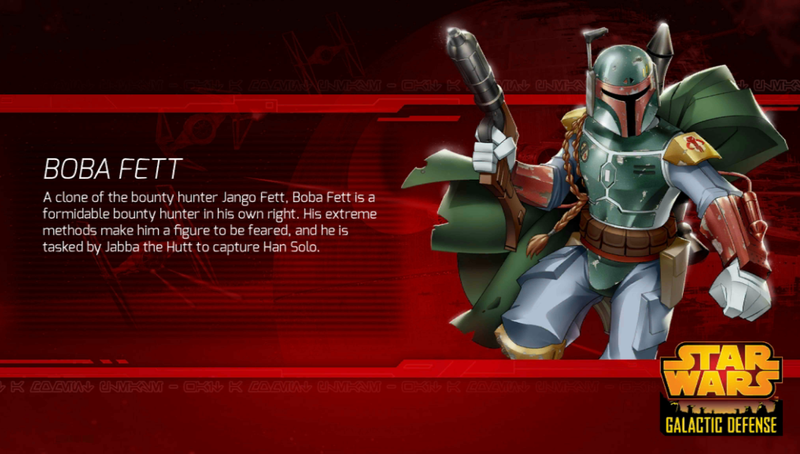