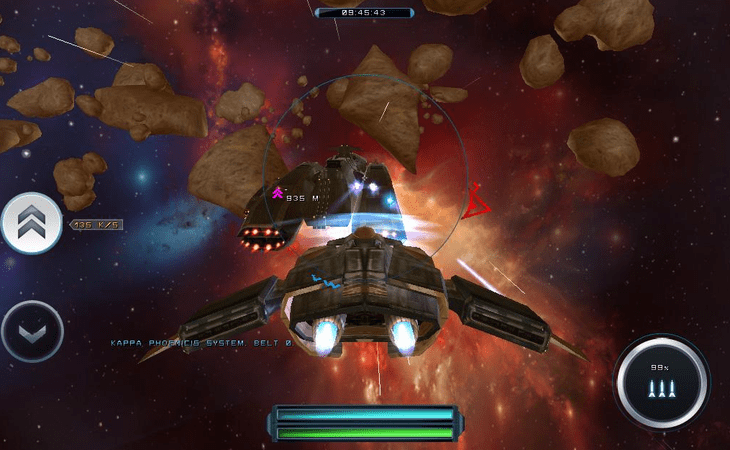 Strike Wing: Raptor Rising by Crescent Moon Games launched on iTunes long time ago, and only in Q3 last year, and at that time it did not sport great reviews, so I thought I’d give it some time. Many games need and advance in a way that developers iron out bugs and glitches, add more content and the game unleashes its full potential. Strike Wing does look fab, and it is a game with immense potential, but nearly six months after its Android release it still feels unfinished.

I was looking for a flight sim that would be sci-fi, space, dazzling and involve no strategy, no RPG, no nothing but the impressive space combat. And there it was – Strike Wing: Raptor Rising, with its impressive graphics, cockpit and 3rd person view, a large variety of spaceships, Campaign and Challenges modes, 360 angle rotation and a freemium price tag.

My hopes were both shattered and fulfilled. First things first – the freemium case is what I’ve been mad at the play store for not differentiating. Strike Wing: Raptor Rising is not freemium, it is a premium, and the initial free download is a demo and a very limited one for that matter. You will complete the introductory basic training challenges and the Arrival mission within 30 minutes maximum. 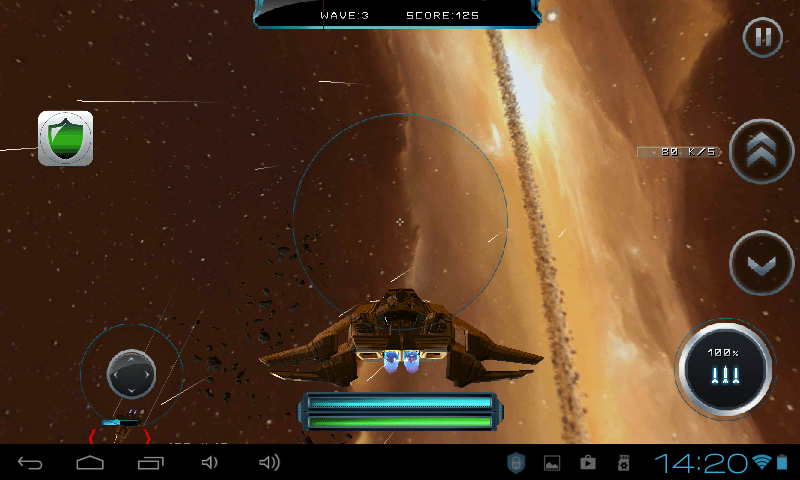 There is one thing that remains unclear to me – you get rewards in what looks like real cash for completing those levels, and it initially looks like you would be able to replay them and grind enough to unlock a new level, or something. Alas, it is not the case. The game rewards you with the money for completing those levels so that you can buy standalone power-ups, but it does not seem wise especially since the one-time premium $4 purchase unlocks ALL content.

What happens next is you either abandon it or buy it, and there is no guarantee you’d be completely satisfied.

First of all, even though the game was launched quite a while back, it is still quite buggy for some devices. The performance varies with device, but Nexus 7 2013 is on the black list. Owners of Samsung and other brands have reported various lags, like parts of the UI, not loading or the game crashing. Some users report smooth performance while they were playing the free demo and unplayable full version after purchase. My personal experience was thankfully smooth. 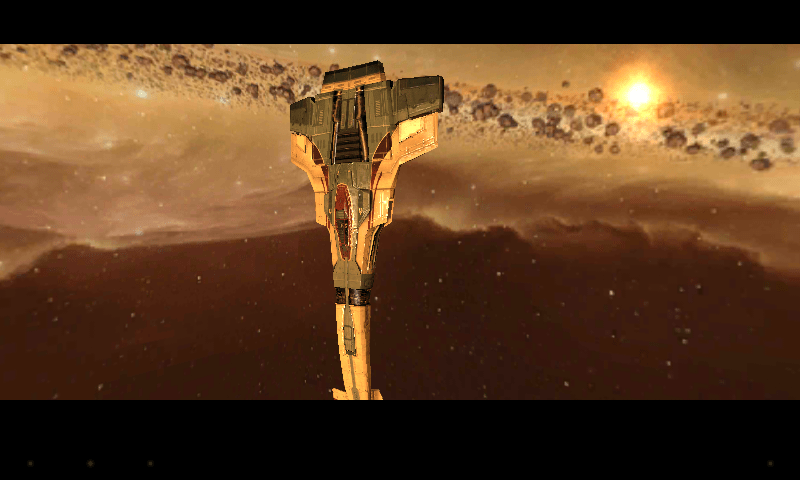 Next on my issues list is the content – the full game consists of one chapter only, and it will take you a few hours of continuous gameplay to beat it all. I was kind of expecting more chapters would be released by now, but this does not seem to be the case.

That said, provided the game runs smooth on your device, a single chapter in a $4 game, which is quite superb, seems like an unleashed potential on the developer’s part.

On the other hand, if you like the demo, and it runs smooth on your device, you most likely will want to buy the full game because it is wonderful. 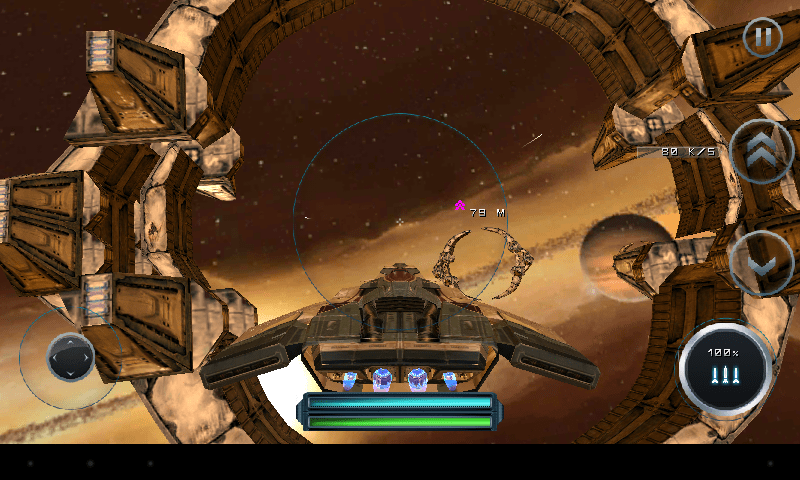 The game is pure space flight sim – you are given a spaceship, a mission, a briefing (absolutely irrelevant), and off you go. Sometimes you fly solo, other times in a duet with another spaceship, and the baddies attack you. There is some superficial story about the space war that has been in its recession lately, but, of course, things change once you get behind the wheel, or rather the cockpit dashboard.

Flying is fun irrespective of the controls you choose, and sometimes I felt quite dizzy with all that 360 rotation when pursuing enemy ships. You and them, too, have two bars for the shield and the life. Get shot, and the bar diminishes, but if you escape the pursuit, the shield gets restored pretty quickly while the life does not unless you have a Repair power-up. 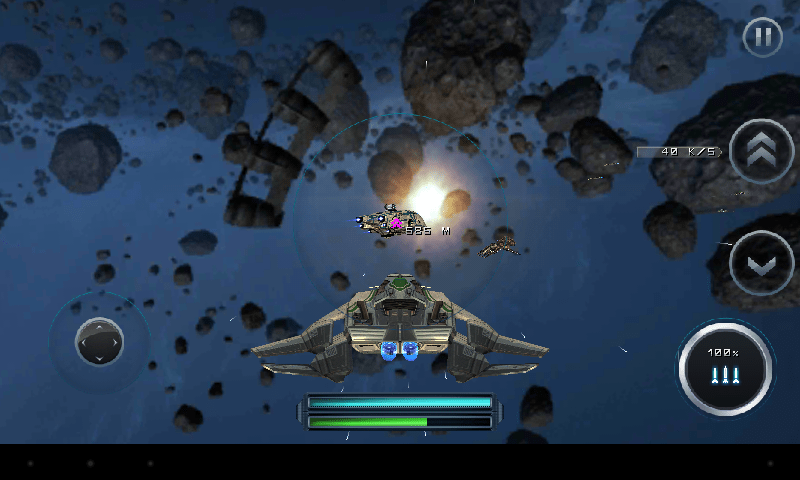 So, there you go – fly around, kill the baddies that always seem to find you rather quickly and earn rewards and XP points to unlock new ships and items, like super shields, ace wingman, repair, hardcore missiles, extra XP when you win, etc.

Overall, the main challenge is to get your ship to point in the right direction and shoot on time.

As I said, the game consists of two modes – Campaign (One Chapter so far) and Challenges (28 challenges + 2 training missions). Each mission within a campaign or challenge mode can be played on several difficulty levels, and the game’s AI automatically defines the difficulty level according to your player level, XP, and spaceship. Once you unlock more of those, you will be able to choose a spaceship for each mission.

Sometimes, you would be hunting high-speed fighters; on other occasions, you would be destroying huge, heavy-loaded space stations and carriers. Overall, if the game runs smooth, the gameplay is very fun.

Everything about Strike Wing’s design is sci-fi and cinematic – UI menus, transitions, and combat visuals, as well as impressive cut scenes here and there. The asteroids, planets and space nebulae on the background are impressive and might help you find your whereabouts with all that neck-breaking rotation mechanics.

The ships during the gameplay look equally detailed as in the cut-scenes, and their propulsion, illuminating energy shields when hit, and neon bright rockets create the atmosphere that immerses the player profoundly.

The dialogs, as well as the mission intros, are quite mediocre, but you can simply tap through them. The music is atmospheric, but not catchy. Neither is it distracting, so, all things considered, the design stands out, feels consistent throughout the gameplay, and does justice to the game. Though, the explosions look somewhat generic, but then how would I know how the space explosions should look. 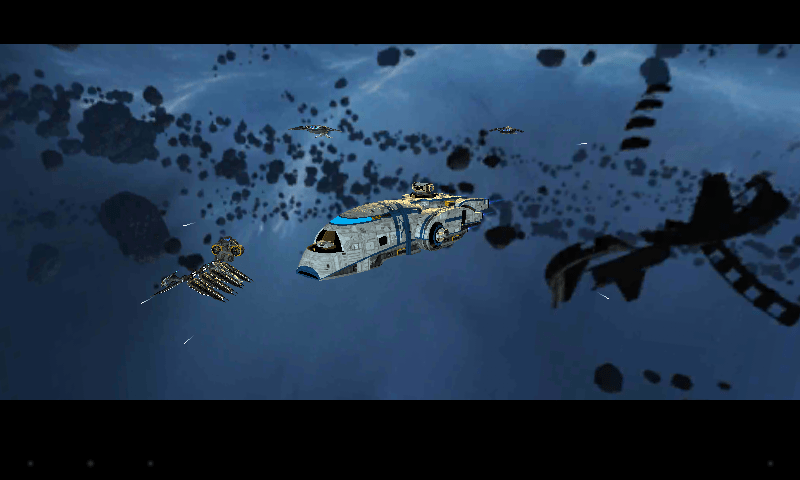 User interface is quite easy to get around – you can see player stats that even keep track of how much time you spent in the game, how many first shots were successful, how many times you died, and how many foes you killed.

The two game modes buttons, the settings for control options and sounds, and a few buttons to connect to Google Play or Facebook.

Notably, every time I get back to it, the game attempts to sign me in, even though I keep refusing, which is quite irritating.

The menu containing those special items you have unlocked (over 40 of them in the game) can not be accessed unless you play in the campaign mode. Nor can you access a hangar to look around the available ships, and the ships to unlock – those can only be accessed on a separate mission by mission basis, which is a disappointment, since the ships look fab, and I would like to have a separate hangar menu to scroll through those ten spacecraft. 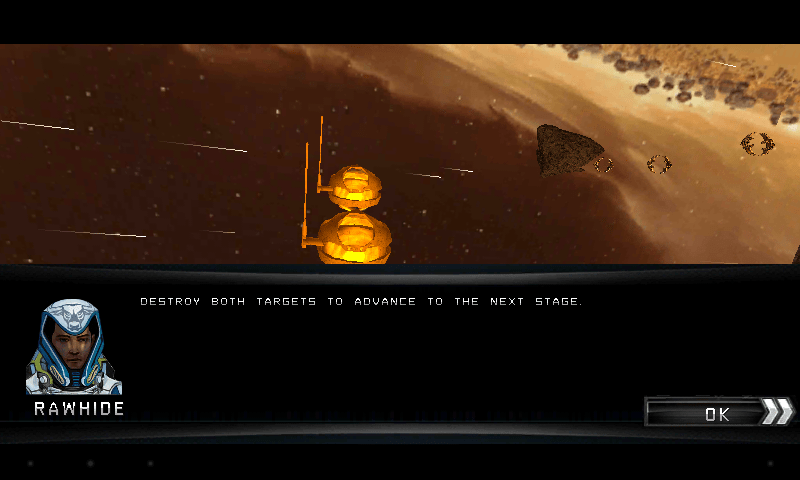 You can choose between the tilt controls and onscreen buttons (joystick to move around and buttons to shoot, accelerate and stop). I have not had any problems with either of the options, and this part of the game seems very polished. On the flipside, I read some users complaining about the controller issues, like a simultaneous Mfi and accelerometer controls, which make it difficult to control the ship, especially at times when you need to stand still.

Also, the fun part is you can choose between the third person and the cockpit views, and invert the axis.

One point worth noting here is the aiming. Once your target is in your range, your weapon self-adjusts to aim, so your main challenge is to keep the moving targets within that large circle. Some complain it makes it easy, but with the fast-moving targets it is also quite challenging. So, I found the game quite well balanced and accessible in difficulty and mechanics.

However, there is one thing that nags me – when shooting and not accelerating, the ship keeps moving forward, so you need to press the stop and shoot button to stand still and shoot a target that does not move. This is hard to achieve with the ship that moves by default, and the stop button only working when pressed. You can play it with four hands, though, and have someone tap and hold that stop button while you aim and shoot.

Another fun thing is when you hit asteroids, and they are abundant in those parts, you do not explode, but bounce off them as if they were thick rubber, not rock. I find this an advantage because very often I found myself disoriented, and could hit an asteroid, or hide behind one without the fear of getting blasted by my own spatial idiocy. 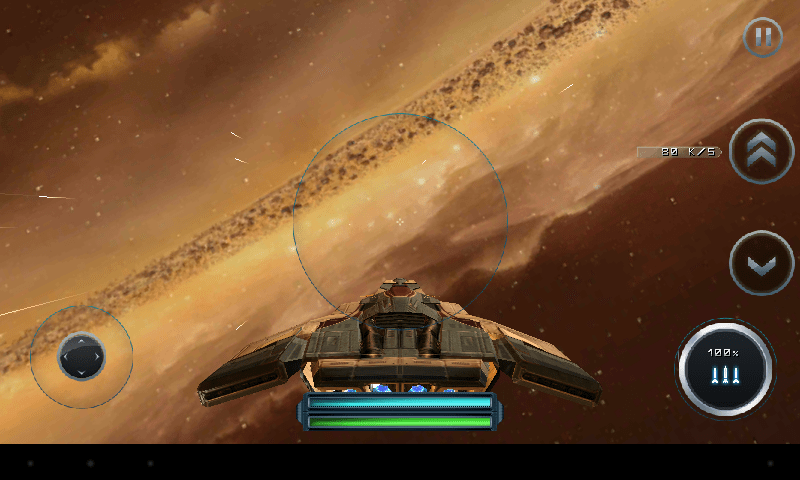 You can replay missions and challenges you’ve already won and add some variety by choosing a different ship if unlocked and one or two power-ups. The difficulty level is then adjusted automatically, or you can try adjusting it manually. However, it does not provide for the replay value you’d be hoping for in a premium game, which brings me to the hopes of a second, and third, chapter that would be available for those who bought the full game. 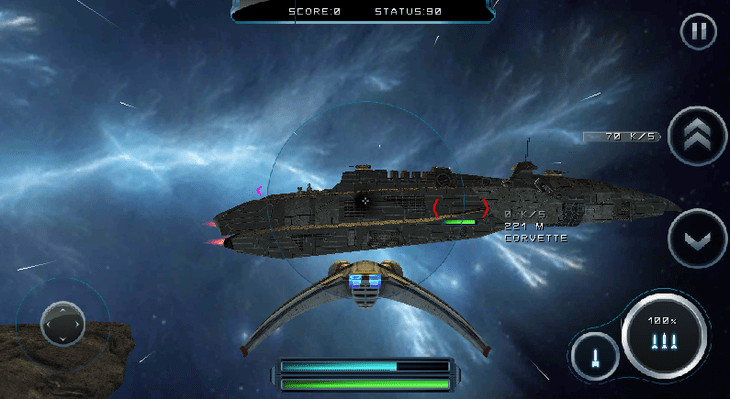 Strike Wing: Raptor Rising is a 5-star game with immense potential, which is hindered by the lack of content in the premium version and the obvious brevity of the demo version, which does not always reveal its strongest and weakest points (bugs). It is a shame because the game is fun if you are looking for a single player space flight and combat sim without those boring strategy and RPG elements, and just feel like flying around in cool fighters, blasting enemy craft. The visuals are spot on, and the UI system, as well as controls and mechanics, are superb. Hopefully, the developers release more content to make it a purchase worth recommending. Before buying, check out user reviews on reported performance issues for devices like yours.

Overall, it is a good game worth trying, but quite short to provide for the satisfaction you’d seek. 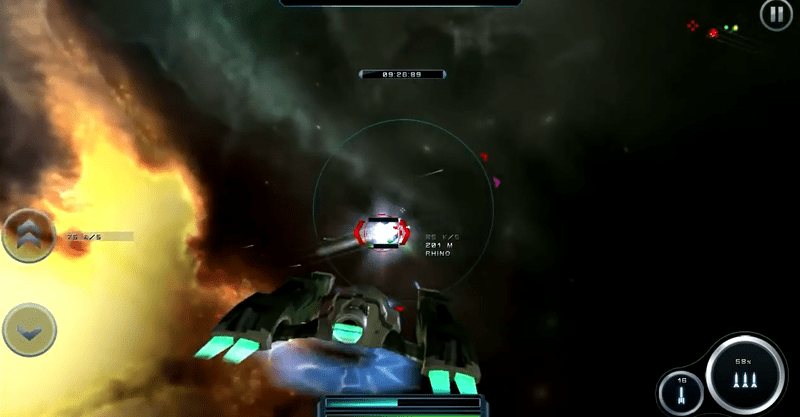