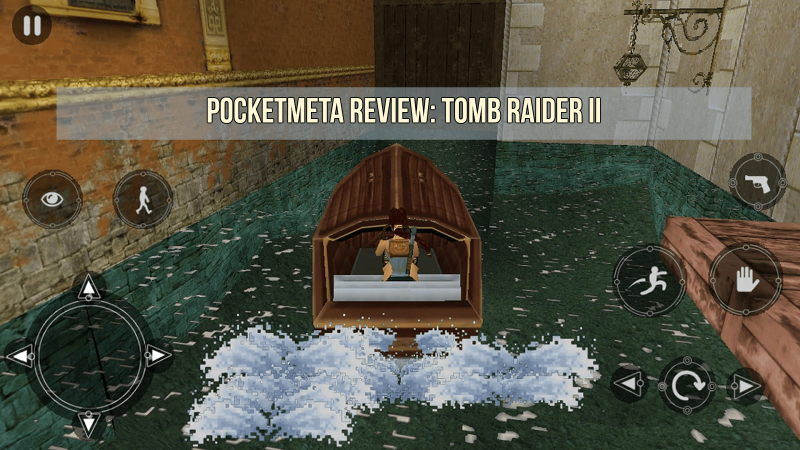 Tomb Raider II divides its audience in basically two opposing camps. The one that scores it five stars out of five, praising the new polished looks and the extra content, and those who want a refund. There does not seem to be the golden middle, alas. The game launched on iOS almost a year ago, and hit Google Play only now. So, who is going to enjoy it and who’s better off without it?

An Enhanced and Polished Port. Er… If You Know The Difference

If you are a long-time franchise fan, and played this game when it released back in 1997, you will most certainly appreciate the wealth of content a $1 port grants you. Mind, the discount price is valid on Google Play only. The graphics were significantly beefed up as compared to the original. The textures are smoother, and Lara looks a little less edgy, with her ponytail seeming to live a life if its own at times. With the poly boobs still more big than beautiful, tight assets and bottle-like legs, Lara has a charming voice and a chic accent further mystified by a gorgeous, ambient soundtrack. She jumps and dives with grace, wielding her big guns and short shorts. What can I say… a teen’s dream (back in the 90’s). That’s one of the things that draw the tons of the nostalgic attraction to the old classic – the boys of yesterday are now grown-ups and wouldn’t mind re-living the long-forgotten excitement (cough). 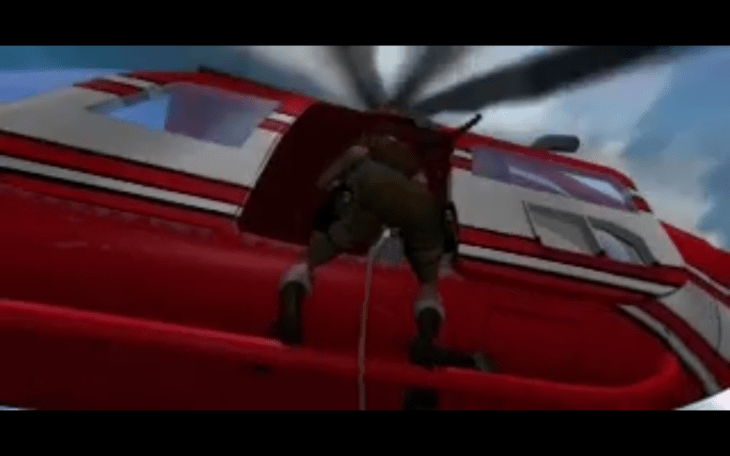 Yet, for a newcomer to the franchise the graphics will not impress, to say in the least. You will not be able to appreciate what the fuss is all about if Tomb Raider II gets to be your first Lara Croft game. The low-poly shapes, the dark, grim and uninspiring colors look bland even on a high resolution setting. Especially the blocks and edges of seemingly similar textures – your eyes can hurt.

The Menus are a bit wacky and finicky to work with, especially getting to the saved slots and loading the last saved instead of saving the current progress. Even though staying true to the original and porting it with the enhancements noticeable to the hardcore fans only might be a good idea, there is just no escaping the fact that the present-day mobile games have moved on. We don’t bash the low-res and pixel art when the new games are styled that way, so there is no reason to complain about the retro looks of the old time classic port. Yet, the outdated looks in this particular case don’t do the game justice, especially for those free from the addiction to the high school-age fling and can’t tell if it’s been remastered, or not. 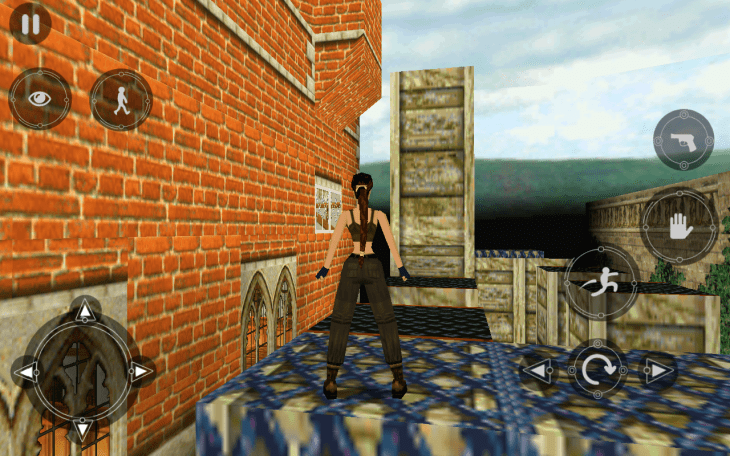 This port is from a complete PC version of the game, with the 18 main levels and 5 additional levels in the Golden Mask expansion. The exploration is terrific, with a great variety of areas, a lot more enemies and traps than in the first game, and quite an ascending difficulty curve. There is also more ammo and health packs scattered all over, and ta-dam! the vehicles. However, some of you would not be that excited about the latter because the vehicles are finicky to control.

The Game Center support and a slew of achievements are there to motivate those who care a lot about the achievements in the first place. Again, the game includes the additional levels that were in the PC-only version, so the price is very good for the wealth of levels and gameplay hours on offer.

Quite a few mind-boggling puzzles, the timed switches and deadly traps will have you sweating and saving every other minute. The challenge is nerve-tickling and enjoyable if you can concentrate on the action. THAT is the greatest challenge if you do not meet a certain requirement. Which is that? Controls. 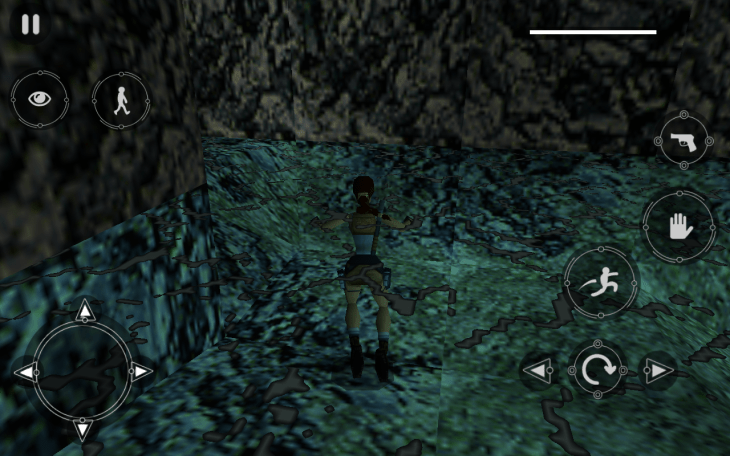 Long story short, the game is a tough love if you don’t have an external controller. In this respect, if you don’t have the controller, the nostalgia would be your best motivation to endure the touch screen controls that hardly survived the transition to mobile and came out crippled.

There is a wealth of buttons that populate the screen’s real estate and you can resize and rearrange them. Although, the re-arrange trick does not work to make them less painful. There is a run joystick at the left bottom. It’s not that small but hitting turn when you want to run in a direct line is too easy. It’s impossible to make smooth turns around the corners and turn exactly where you need her to be. Time-consuming is having Lara bump into some low edge of a steep cliff and stop until you turn her.

To the right, there is an entire space station control center with the action button, the jump button, the side-jump buttons, the gun button and then the aim button. At the top, you have the button to make Lara walk in small steps instead of running, and next to it an eye button that lets you look around Lara from her current position. The catch is you need to master the controls so they become your second nature because Tomb Raider II requires complex combinations to be not only perfectly timed, but also immaculately fast. Otherwise, the controls spell doom and Lara misses, falls, hits her head, breaks her neck or those pretty inverted champagne bottle-like legs.

Thus, if you don’t own the external controllers, take the time and walk that steep learning curve until the touch controls become the extension of your neurons. My guess is many of you will give up and request a refund along the way. I can’t blame you.

The safest route to go is to save every few minutes, which is, thankfully, available, even though I hit save instead of load the saved point by mistake more than once to my utter frustration. Overall, the touch controls are frustrating, and yet, with proper motivation the nostalgia-driven hardcore Tomb Raider fans can get by and even enjoy the exploration. However, I don’t think a newcomer can find it enjoyable. Quite the opposite. 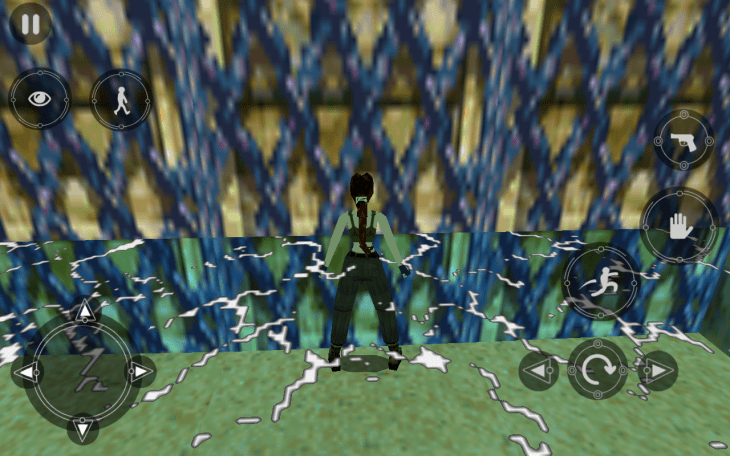 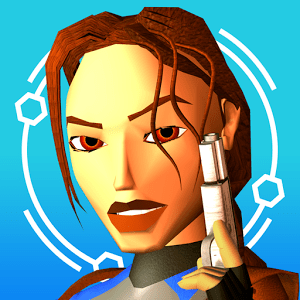 Quite predictably, little has changed in the controls department for Tomb Raider II if compared to Tomb Raider I in a way that the touch controls are a major turn-off. They’re still aggravatingly infuriating, especially with the game’s escalating complexity and challenge. You can solve the problem with the help of an external controller, in which case you are safe – the fun is guaranteed. The port is of a PC-only edition, which includes a wealth of levels and five additional ones in the Golden Mask extension, with more enemies, tougher challenges, bigger areas and the graphics remastered and enhanced to an extent noticeable to the initiated crowd. The game is a blast for any fan of the franchise with a decent controller. Everyone else… proceed with caution. I read about a dozen 5-star reviews for this game on Google Play coming from the long-time fans of the old game who haven’t played that much of the mobile port, yet, in advance so to say, and as an encouragement for Square Enix to do more ports of the old classics. I can’t blame them for the exaltation, but the joy has a bitter aftertaste to those who came for the first time. It’s a shame Square Enix didn’t address the younger audience the way Bandai Namco made tons of new Pacman fans this year. 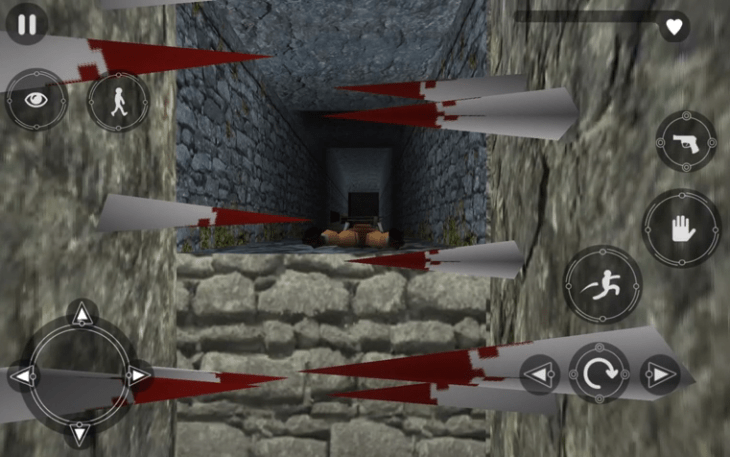